First-Person-Shooters: You Are an Important Piece to Your Squad

you don’t have any friends to play and you’ve selected your class you’ve been playing as since you got the game. The game starts and you run off to do the objective running from place to place shooting, killing, dying. You respawn on a squad mate and run off to the last place you died to get your revenge. After twenty minutes of repeating this process your team is defeated and on the end result page your squad didn’t gain many points and you’re rather low on the list although you may have gotten a good Kill/Death ratio. Now why is that? Most likely because you haven’t been doing you’re part as a good squad mate.

Hopefully after reading this article you will be ready to jump back into Battlefield 1 ready to be a good squad mate. Now let’s start with the basics picking a class that fits you because not everyone is good at all classes and you need to find what class you’re good at. Some people are terrible medics to be honest they don’t revive anyone and they don’t place down health packs, while others are terrible at sniper, you have to find your class early and become good at quickly. Once you have taken care of learning your class and knowing what weapons, gadgets, and equipment feel right in your character’s hands you are ready for the next step in becoming a better squad mate. 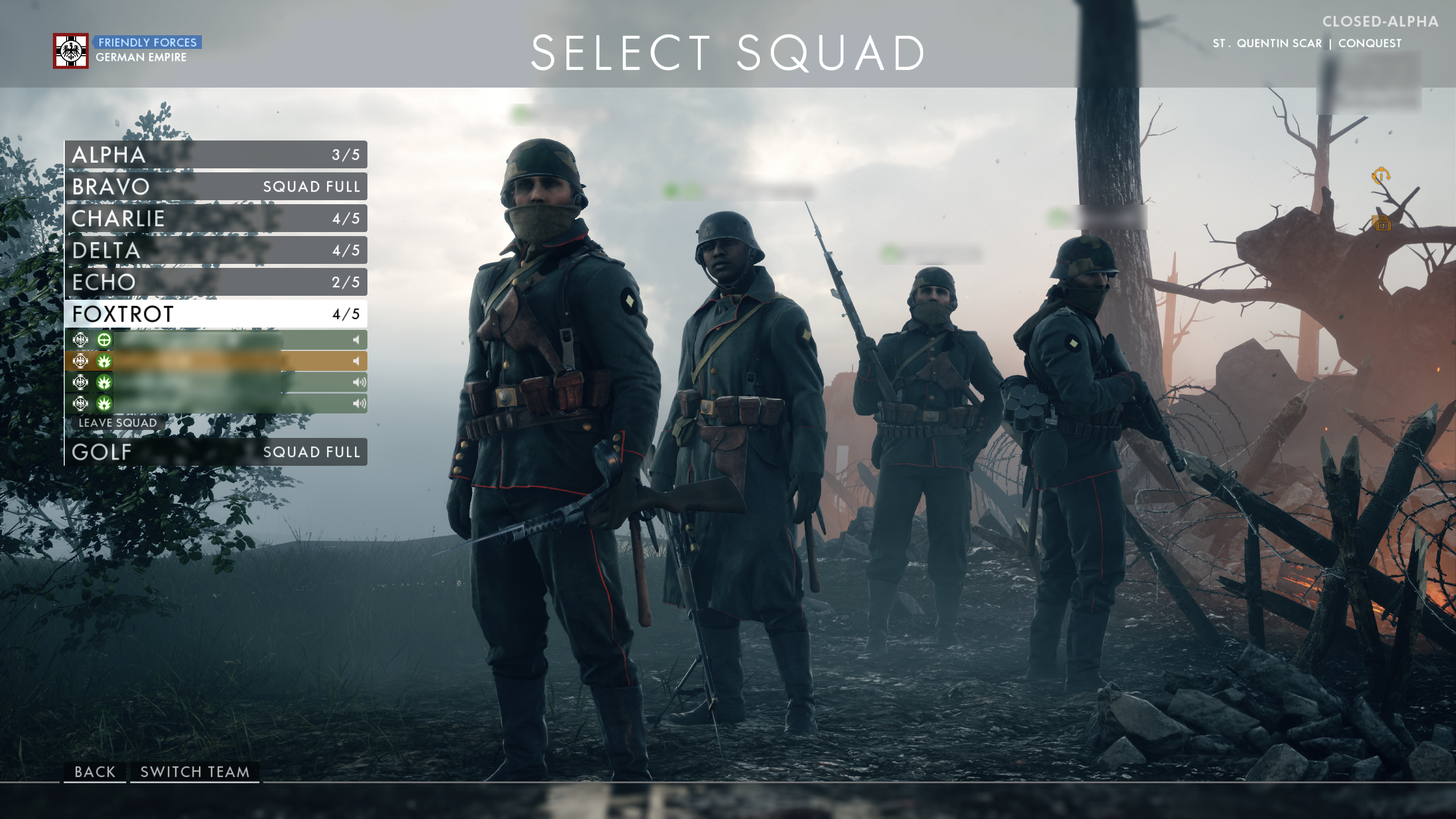 The next step to become a better squad mate is choosing a current squad or making your own. Now that you’ve selected a class you are good at it is time to choose which squad to join. When selecting a squad try and choose one that does not already have the class you are using if each squad has a class you are currently playing as join a squad that has the least amount of people with your class. More than two people with the same class on one squad are too much. If each squad already has two of your class start your own, it won’t be long until someone joins you.

Now this is the most IMPORTANT part of being a good squad mate. Use your gadgets your class comes with to help advance your squad to being the best. Example: Medic will revive and help heal teammates. Make sure on top of following squad leader orders you are continuously healing team and squad mates. You chose that class now level up by doing what that class was meant to do.

Lastly for the majority of the game stay close to your squad mates. Don’t spawn on them and then run in the complete opposite direction to only get shot, die, and respawn on them again, that’s reckless and doesn’t help advance your team in winning. Spawn on your squad mates and follow them, they may be taking the longest route to the next objective because it’s the safest route.

Being a good squad mate is one way of many you can do to make Battlefield 1 more fun to play. Follow these guide lines and I assure you, you will see a great improvement in your end game results point wise and you’ll be unlocking class items faster as well.