Although they’ve been around practically since the invention of the video game, sports games remain a unique and curious lot.  Most video games are built in some part on the thrill of escapism, of sneaking out of our own rather boring existences and being something impossible: elite soldier; space explorer; treasure hunter; mild-mannered plumber perpetually tripping on really great mushrooms.  Most things you are in games, you are precisely because you’ll never be them in real life – you personally, or we as a species/civilization/global monoculture, lack the ability to do such things in real life.  Not so much with sports.  Sure, we can’t all be professional athletes, but you can get the meat of the experience kicking around a ball with your friends , which approximates the high-level activity far more accurately than, say, playing paintball approximates being part of a Marine expeditionary force, or the pilot of a giant killer robot.

This is all by way of pointing out that there are really three kinds of people when it comes to perspectives on sports games.  Some people just don’t care, and won’t come near them, because even Wii bowling smacks too much of physical activity for their comfort.  Then there are people who would rarely if ever pick up a pigskin or hockey stick, but will happily jump into a computerized simulation of any activity with the patina of either violence or competition (preferably both).  And then there are actual sports fans, who may not actually play many video games, but will sink their teeth into one that lets them utilize their vast internal libraries of statistics and deeply-contemplated opinions of which players are the most awesome, and which totally, totally suck. 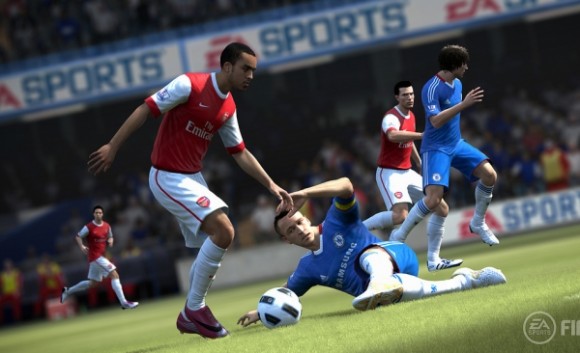 This is particularly problematic if you’re an American, because few topics display both the pride we take in maintaining a national state of ignorance and chuff the worldwide community quite like our gleeful disinterest in soccer (sorry, “football”).

So who is a game like FIFA 12 for?  Increasingly, it seems, everybody.  You’ve probably already mostly made up your mind whether you want to play a game of pretend soccer, using either a game console’s mechanical mind or some random internet people as opponents, so I’m going to give each category one stellar reason to play this really quite excellent game.

Sports people: come on, this is like the most extensively researched and detailed soccer game ever, bar none.  If you  harbor a secret and as-yet-somehow-unsquashed dream of playing pro football (sorry, “soccer”), this the best that consumer entertainment technology can do for you.  Great animations, a stellar “Player Impact” physics engine, and the ability to dribble and control the ball close-in when a player has possession will disappoint no one who owns a replica of another man’s numbered jersey.  Same goes for your still-unsquished dreams of managing a pro team, as FIFA 2012 retains  the multiple play modes, which allow you to micromanage your players, lineup, competitions, and tactics in as minute detail as you’d like.

Gamers who don’t care about sports: You know how in earlier versions, defense was kind of embarrassingly easy?  It’s not anymore.  You can’t hold down two buttons to make your whole team mob an attacking player; timing and accuracy are now necessary in organizing a successful defense.  That dribbling stuff ain’t a piece of cake, either – that requires finesse with the gamepad that doesn’t come from yelling at televisions while drunk – televisions that don’t have joysticks plugged into them, that is.  Plus there’s that stuff about the physics engine I mentioned earlier.  Gamers love physics, as long as they don’t have to balance vector equations or, you know, learn anything. 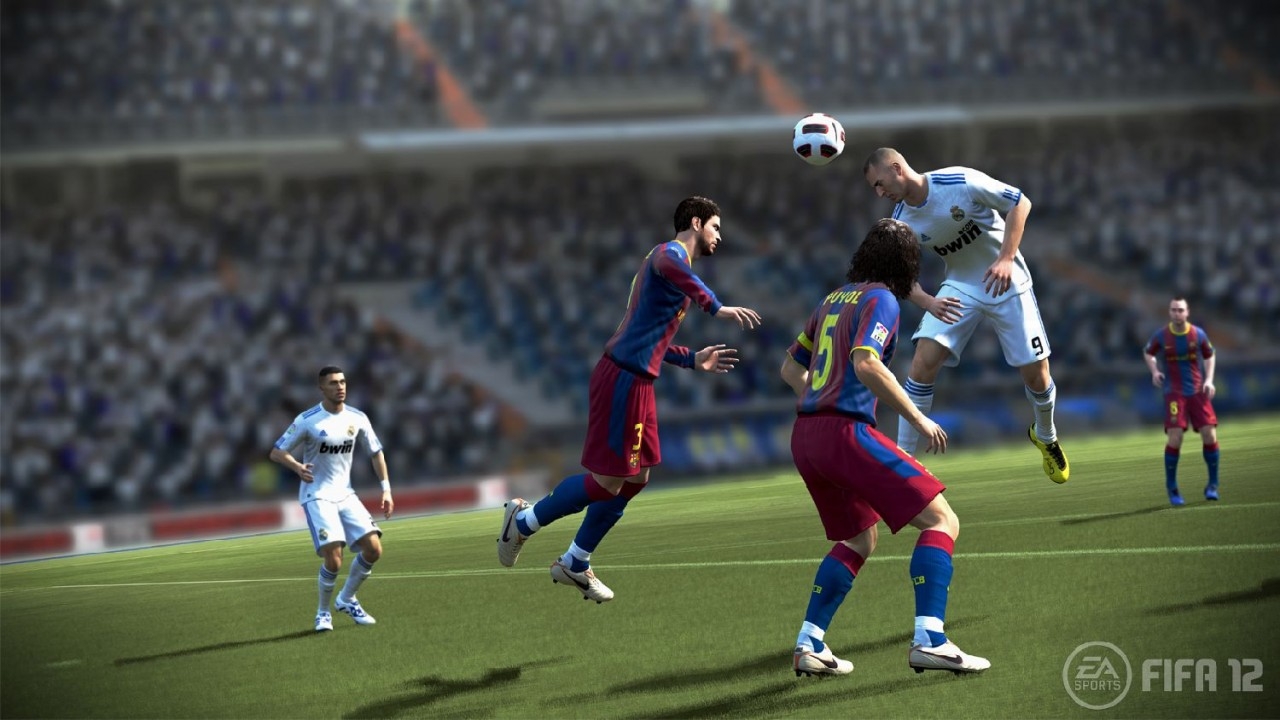 Gamers who actively hate sports:  You know why FIFA ’12 is great?  You can eff with people.  They should really put this in huge letters on the package to snare more window-shoppers.  If someone sneaks past your defensive line, you can tug on their shirt, try to trip them, or just outright tackle them, which usually produces hilarious (and non-repetitive) animations.  These actions are not likely to be looked on kindly by the pretend referees, but heck, it’s worth it just to see them dirty so-and-sos go down.  Totally worth it.  And you know how violent soccer fans get anyhow. Sorry, I meant football!  You don’t need that bottle, sir, it’s supposed to be recycled!

There you have it.  Now play ball, or whatever it is they say at the beginning of soccer matches.  I don’t know, I’m American, and just writing this has given me the strong desire to go hit something with a heavy, blunt object.