There is a lot of contention about Call of Duty: Modern Warfare 3 on the internet.  As is not that unusual, this slick, big-budget, flashy sequel in a well-established franchise is three things at once: a) loved by professional game reviewers, b) savaged by a vocal minority of players, and c) selling extremely well as hordes of people continue to purchase and play it relentlessly. 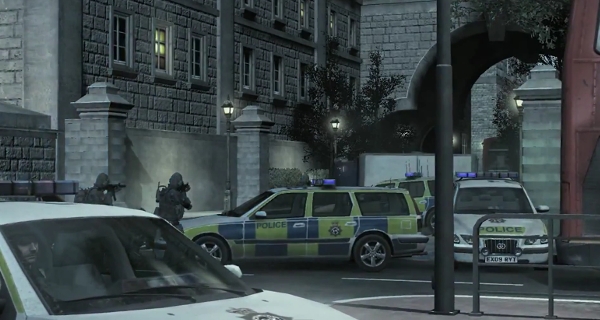 So what’s got Group B)’s knickers in a twist?  The most salient complaint: “I already own this damn game.”  They’ll readily admit to the following positives: the game looks beautiful; the game is fun; shooting computer guys continues to be fun; the game types are satisfying; the controls feel great; completely decimating the opposing team with a coordinated series of assault strike packages is awesome.  The beef is that nearly all of the above could have been said about Modern Warfare 2 – and they’ve already paid for that, so what is this, some kind of yearly licensing fee where Infinity Ward slaps together some new maps and goes around the country collecting rent from all the CoD fans?  Eff that my friend – eff that.

And that’s right on the money, to a large extent.  Weapons?  Pretty much the same.  Squad-based anti-terror kill frenzies?  Like it, but also, seen it.  Wretchedly boring single-player?  Check.  Constant stream of rewards, unlocks, weapons upgrades – in Modern Warfare 3, in fact, your performance in-game can improve more than just your weapons via “killstreaks” and “perks” – creating a pharmacopia of addictive stimulant-based gameplay that keeps a frightening number of derrieres in chairs until the late late hours?  Check.  Play Modern Warfare for ten minutes, and it’s pretty obvious this is not so much a “new game” as “the same game, tweaked somewhat, with new maps, also you have to pay us again.”  So basically, there are some people who think all of the above is worth sixty bucks, and those who violently disagree. 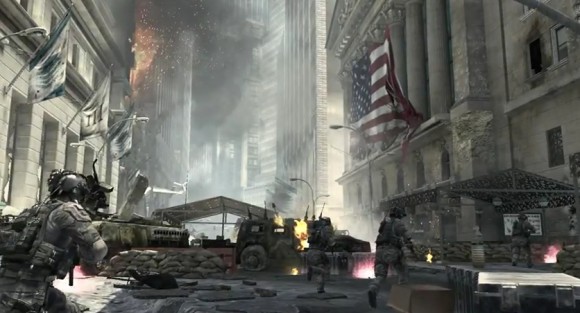 This all draws the line pretty clearly.  When debating the age-old question, “should I buy Call of Duty x,” where x is whatever number we’re up to this year, retreat to your plush meditation room, gather your silk and tassel-fringed pillows for a good long journey into the Outer Mind, light some incense or a few smelly candles, and ponder these simple true-or-false statements as you inwardly chant your favorite mantra:

If you come up with two or more “Trues,” find your keys and your wallet – we have a mission for you, and let’s face it, you’ve already accepted.