Turn-based combat is a tricky beast. Get it right and you’ve got something like XCOM: Enemy Unknown, a thrilling, tense battle of strategy and wits between two evenly-matched enemies. Get it wrong, though, and you’ve got a player staring catatonically at the TV, mashing buttons until combat automatically resolves itself. It’s a delicate balancing act for sure, and one that the folks at YYT Games looked to overcome with the Fallen Legion titles. Fallen Legion: Rise to Glory offers both Fallen Legion titles in a single package, which makes this a pretty perfect time to go back and see how they hold up. We’ll be looking at what this collection offers that the original releases didn’t, as well as examining how the Fallen Legion games work as a whole.

The fantasy land of Fenumia finds itself without a monarch. The daughter of the recently deceased Emperor, Princess Cecille, journeys back to Fenumia to take her rightful place on the throne, accompanied by her heroic retainer, Legatus Laendur. Originally, each Fallen Legion title – Sins of an Empire and Flames of Rebellion – focused on one of these characters each. Rise to Glory, though, contains both stories, so if you do end up enjoying the combat and gameplay of Fallen Legion, you can fill your boots with this release. We say “combat and gameplay”, but there really isn’t a huge amount of gameplay outside of combat.

The battle system YYT has built for Fallen Legion really is the star of the show here, so whether you enjoy the game will be made or broken on whether you fundamentally enjoy the combat. Essentially, battles are a sort of supercharged variation on the standard JRPG turn-based battle system; think Grandia crossed with Child of Light, with a little bit of standard sidescrolling brawler built in for good measure. Your chosen general stands at the back of a row of “Exemplars”, ghostly combatants who do the actual fighting. Each Exemplar corresponds to a different face button; pressing Circle makes one of them attack, Triangle another, et cetera. 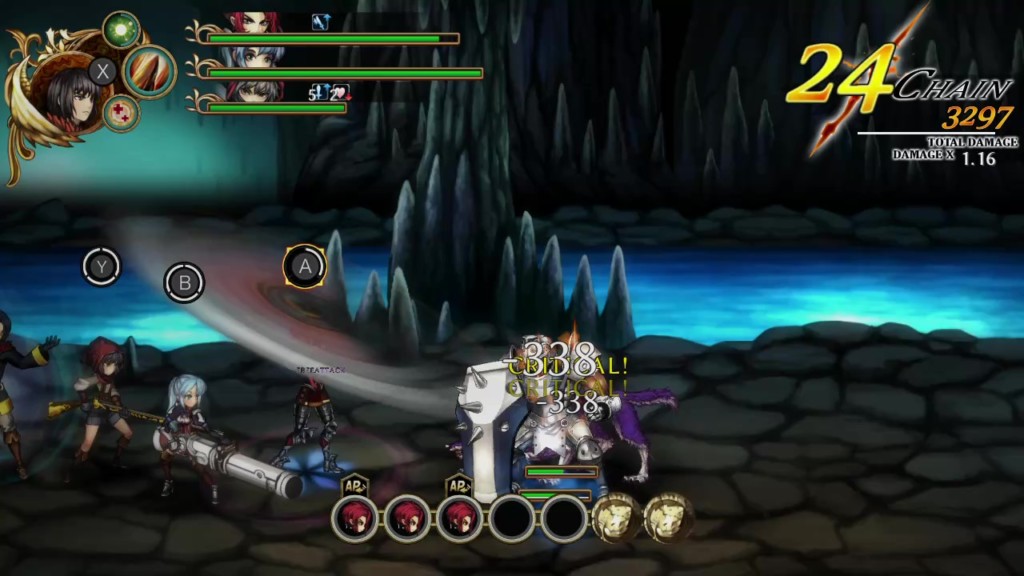 Each combatant gets three attacks, which can be “queued” along the bottom of the screen. The aim of the combat is to experiment with different attack combinations to find the most efficient way to dispatch whatever nasty is threatening Cecille or Laendur at that moment. There’s also a timed block button, which can be pressed just as an enemy is launching an attack, leading to a “perfect guard” which negates damage. A perfectly executed block can lead to special attacks, as can pressing a button in conjunction with an Exemplar who has all three attack points available.

If the combat sounds a little confusing, that’s because it sort of is, early on at least. Fallen Legion: Rise to Glory isn’t great at explaining itself, and it doesn’t really care if you understand it or not. On the one hand, that’s rather refreshing; far too many games are hand-holding baby marathons nowadays, so Fallen Legion’s insistence on organic tutorialising is nice. On the other hand, getting mashed into the ground because the game hasn’t explained its systems adequately isn’t fun, so we’d perhaps recommend a trip to the game’s online wiki page to clue yourself in on some of the nuances. 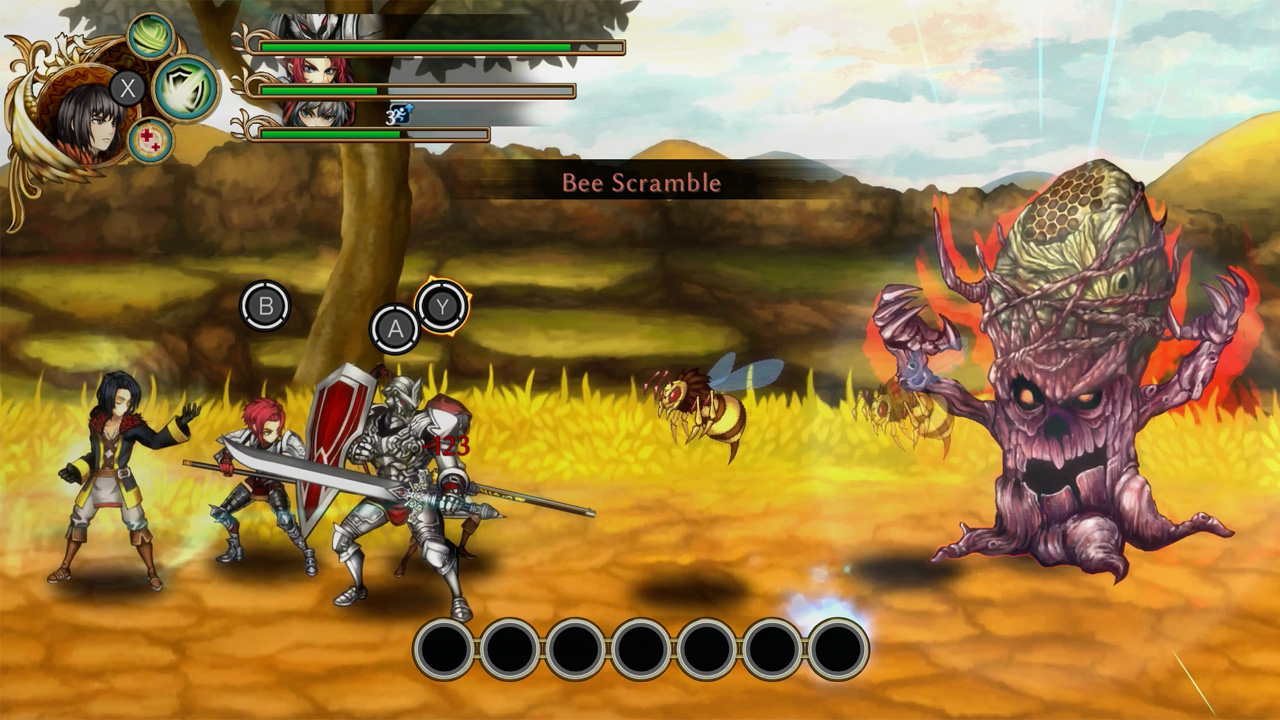 Once you’ve done that, and you’ve grasped the fundamentals of Fallen Legion’s combat, it can be very, very gratifying. Pulling off a perfect timed block and following it up with a riposte is satisfying as heck, while queueing up a well-thought-out sequence of Exemplar attacks makes you feel like the master strategist the game wants you to be. Exemplars can be upgraded by Gemstones, too, which allows you to customise them to a certain degree; perhaps you want a little more health on a tankier Exemplar, or a little more damage on a high-impact character.

There isn’t much else to do besides fighting in Fallen Legion: Rise to Glory. The game presents a narrative of political intrigue and in-fighting that does occasionally become very compelling indeed, and you’ll probably end up wanting to know more about the world of Fenumia and the people who inhabit it just from the dialogue alone. It’s quite gratifying to encounter a JRPG which actually wants to paint its characters as complex and human, rather than the archetypes we’ve come to expect from lesser entries into the genre. That said, the non-combat elements of Fallen Legion: Rise to Glory aren’t particularly well-fleshed-out. They usually take the form of King of Dragon Pass-style branching options, which are literally presented to the player as “choose one of three options” moments. Each option leads to a different story outcome, but also grants the player a different combat boon, so even these narrative sections feed back into the combat.

Fallen Legion: Rise to Glory lives and dies by the sword, literally. If you love the combat in this game and can’t get enough of it, then there’s a satisfyingly meaty political narrative to get your teeth into as well. If the combat just isn’t your bag, then there’s no way you’ll be able to get past it, whether you’re into the story or not.

If you know where to look, you can have a great time with your gaming PC without spending a penny. There are some incredible...
Read more
Editor's Picks

It’s almost time for Call of Duty: Modern Warfare 2. No, not that one; we’re talking about the sequel to 2019’s Modern Warfare reboot...
Read more
Best Games