There aren’t enough happy games in the world. Most video games these days revolve around gruff, grim people trying to do gruff, grim things in a gruff, grim world. That’s not a criticism; some of our favourite games take place in relentlessly dark universes where there are no moral absolutes, only shades of grey. It’s just, well…can’t we all lighten up a little?

Happily, Harvest Moon / Story of Seasons creator Yasuhiro Wada appears to agree with us. His latest title, Happy Birthdays, is an unflinchingly colourful, joyous outing in which absolutely everything is adorable. From dinosaurs to rhinos, from tigers to humans, there isn’t anything in this game that won’t trigger your cute reflex, if it hasn’t been atrophied away by The Last of Us and The Walking Dead.

Take note, though: cutesy aesthetics don’t necessarily mean shallow or meaningless gameplay. Wada’s Harvest Moon series has a dark underbelly, in which characters become alcoholics, long-time spouses die and things become a lot more complex than the happy-go-lucky tone might imply. To some extent, this is the case with Happy Birthdays, although the complexity comes more from the gameplay and setting than from moral uncertainty.

Happy Birthdays sees players take control of a character who finds a map within the pages of a book. The character decides that the book is a treasure map, and through a series of contrivances is transformed into a deity with the power to terraform land. Yasuhiro Wada’s madcap sensibility is absolutely on display here; there isn’t a huge amount of explanation for how or why the events of the “plot” happen, so if you’re looking for resolution, you can look elsewhere, buster. 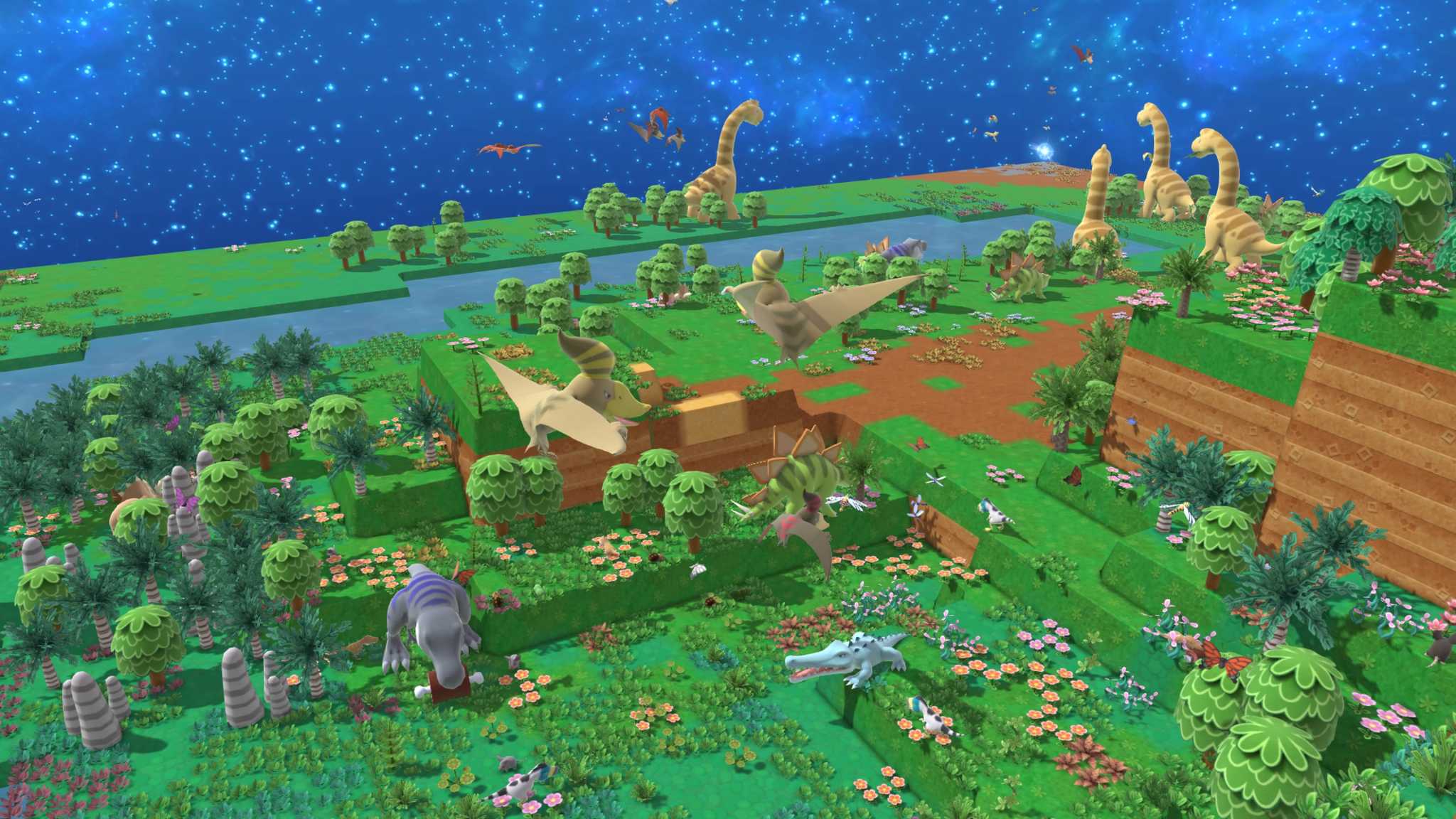 Mostly, the plot is an excuse for the gameplay. Happy Birthdays has a lot in common with games like Populous and From Dust – it’s a kind of baby’s first god game, which sounds more insulting than it’s intended to. Indeed, Happy Birthdays stays remarkably true to the complexity and depth that real-time strategy and god game titles usually exhibit. From the incredibly lengthy and involved opening tutorial to the range of statistics to track and monitor, Happy Birthdays really doesn’t want to be seen as basic.

Let’s back up a little. Happy Birthdays gives players control over their own ecosystem, beginning with a single cube, which we’re told represents the entire planet. From there, players must adjust the temperature, land depth, proximity to water and various other factors in order to attract and maintain life. What follows is a delicate balancing act which is remarkably close to real life; in order to attract a certain animal, you might need to kill off another one through predation or through temperature adjustment, because that’s how a real ecosystem actually works.

The controls are simplistic, but the range of life you’re able to create quickly becomes a little overwhelming. Luckily, Happy Birthdays features a list-style system where players can easily check what life they’ve already created and how to do so again, so it never becomes completely exhausting. The core gameplay loop is quite satisfying, with terraforming giving energy that feeds into upgrades and extra abilities to add to your ecosystem, which then eventually feeds back into more terraforming. 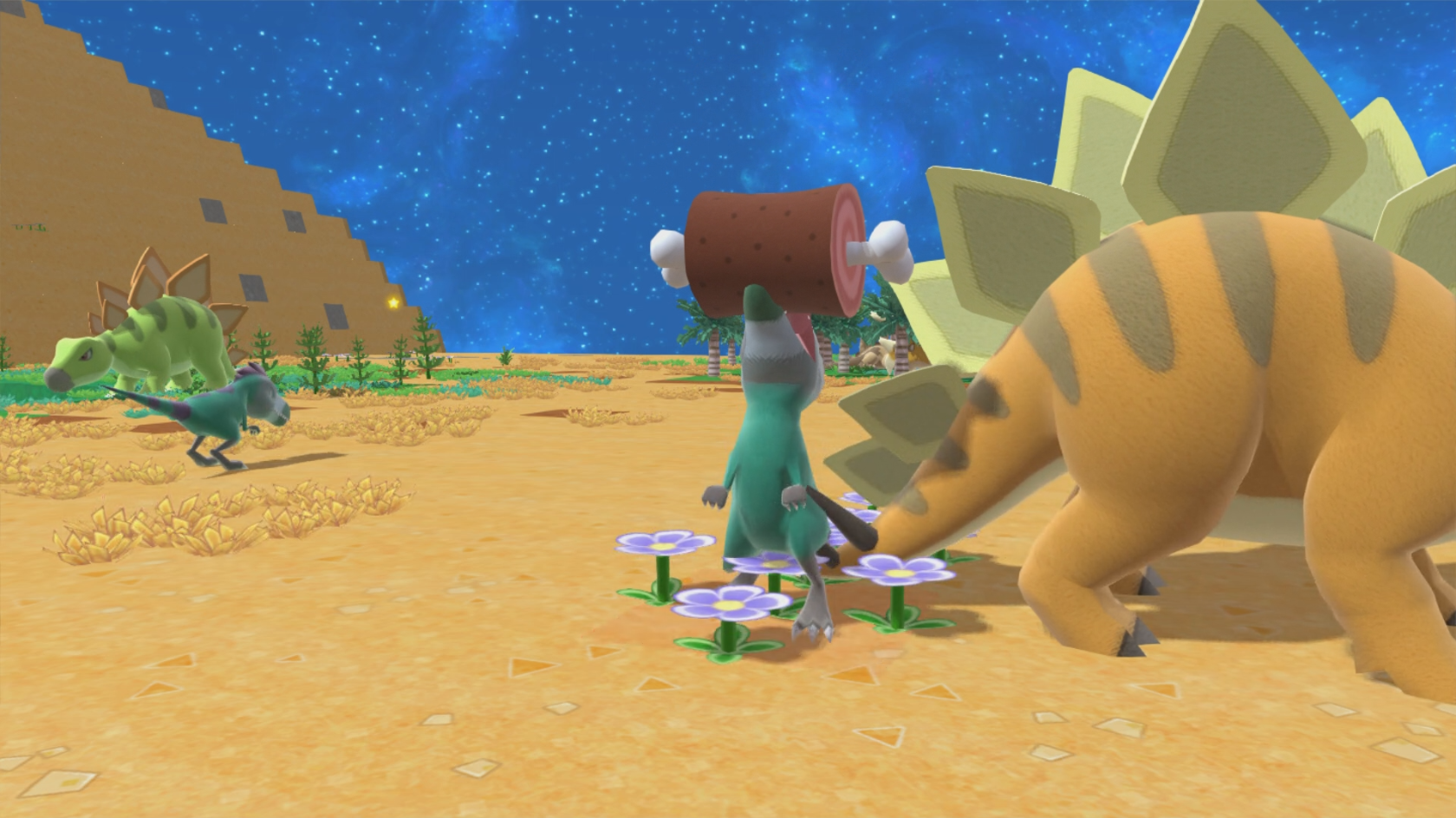 Yasuhiro Wada is known for creating games with an addictive central mechanic, and Happy Birthdays is no different. It gives that Viva Pinata-style joy of seeing what animals will arrive in your “garden” (or world, in this case), and wanting to explore opportunities to attract more. If you’re a strategy fiend, you’ll find a surprising amount of depth in Happy Birthdays which belies its childlike aesthetic.

This does bring us to a central problem, though: we’re not sure who exactly Happy Birthdays is for. There’s a good chance that the aesthetic will put off seasoned strategy veterans who are used to grim titles like Dawn of War and Frostpunk, so they may never pick up on the oceanic (ha ha) depth of the game. On the other hand, the children who are likely to be attracted by the game’s bright, colourful visuals might quickly find themselves swamped by numbers, words and lists they don’t understand. Happy Birthdays is a bit of an awkward halfway house in that sense, so perhaps some fine-tuning or an easier time for kids might have been a good idea.

Every one of Happy Birthdays’ strengths is also a weakness. There’s the aforementioned audience problem, but there’s also the ridiculous level of micro-management, which will be a boon to some and a turn-off to others. The Macro Mode, which allows you to watch your ecosystem develop from on high, could be satisfying, but instead turns entire species’ existences into a list, which is excellent from an efficiency standpoint but doesn’t involve or grab the player in terms of feeling proud of their creation. What Yasuhiro Wada has done is to create a game that intrigues and enthralls, but never quite finds its niche, serving as delightful and frustrating in equal measure.