What do you get when you take the side-scrolling platformer format, add some classically familiar characters and expand it with HD graphics?  If you said “Donkey Kong Country: Tropical Freeze”, you answered correctly, but there’s more to this colorful Wii U title than meets the eye.

Even though DKC:TF is in fact a 2D affair, it accurately projects an air of 3D depth by means of its integrated level design.  In other words, elements from the foreground will appear to merge with background elements and so on and so forth.  The end result is a rather classic-feeling title that looks absolutely smashing at the same time.  Naturally, this format has been explored many times in recent memory, but what makes Donkey Kong Country: Tropical Freeze so special is its overall execution and rather challenging difficulty. 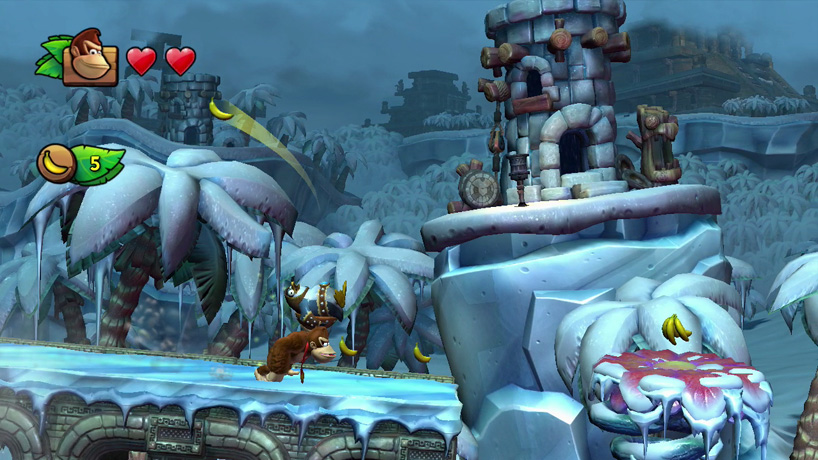 The story centers on Donkey Kong (of course) who, along with friends and family, are celebrating a birthday.  A balloon escapes and lands near a group of “Snowmad” ships are stationed.  Needless to say these strange ice Viking wanderers aren’t very friendly and the Kong’s are literally blown away by the powerful blasts from an ice dragon.  Its just the sort of plot that you’d expect, with a number of humorous elements being added for character and effect.

If you were to only take a quick peek at Tropical Freeze you might be otherwise convinced that this is a somewhat lackadaisical children’s game, putting forth very little in the way of difficulties.  Of course, that would be a completely inaccurate assessment.  This game neatly melds puzzles with level design and character-specific traits and abilities in a way that’s at once logical as well as artistically satisfying.  This isn’t just a loose assortment of random platforming tropes; instead, it’s more of an expedition across various terrains.  What you’re left with is the feeling of having taken a video game safari of sorts.

As previously indicated, this is in fact the first time that a DK game of this type has come to us in high-definition.  Visually speaking, DKC:TF looks fantastic, each of the 6 islands you’ll explore are jam-packed with the sort of graphical appeal you’d expect to encounter in a major franchise release.  In short, the game’s trio of developers (Retro Studios, Monster Games and Nintendo SPD) has done an absolutely wonderful job with this game while simultaneously expanding the DK universe.  Throughout you’ll discover lots of detail, both in terms of character design as well as the way levels have been constructed. 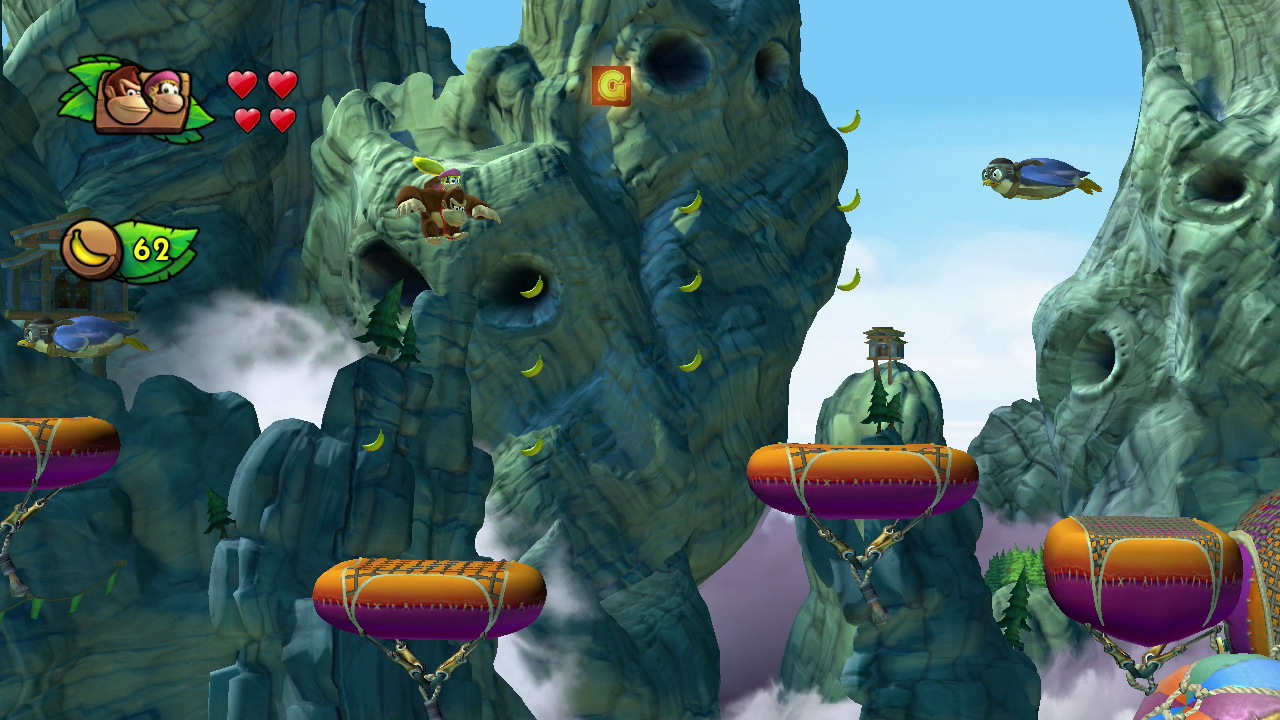 Arguably, this is the best Donkey Kong game out there right now, particularly if you own a Wii U.  The mixture of excellent visuals along with the way the story interlocks with the built-in puzzle-based gameplay is very satisfying on multiple levels.

Ever since its initial release date in 2020 passed by, Studio Blue 12’s upcoming adventure game, Stray, has been on everyone’s minds. There are...
Read more
Editor's Picks

If you’re pretty much an avid gamer, there’s a game for all your tastes. From first-person shooters to casual games and puzzle games –...
Read more