A “fresh breeze” in the battle royale genre

With Scavengers Studios, a relatively new development team to the gaming industry, with a small number of members in it (eighteen members) releasing Darwin Project to the PlayStation 4, it’s a very good opportunity to have a talk about it, as it is a battle royale type of game but with an interesting twist in its concept.

A new take on the battle royale concept 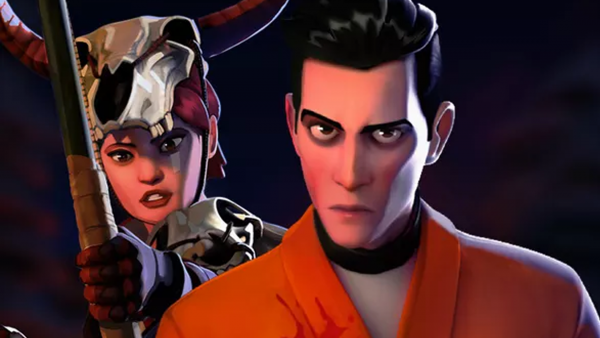 First of all, this game has been released for Microsoft Windows and Xbox One as a free-to-play title since April 24, 2018 and only just recently made it out of Steam’s Early Access and into the PlayStation 4 platform. This isn’t your standard and typical battle royale game, where you just loot everything in your way as fast as humanly possible like your name is Barry Allen (aka “The Flash”) and then shoot away all your ammunition into the enemy’s skulls, hoping that you and your squad will make it as the last squad standing. 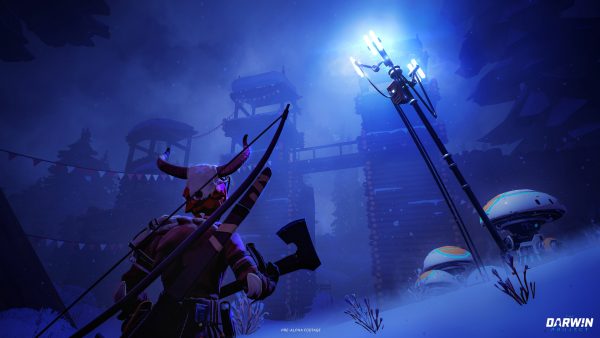 In Darwin Project, there are two types of ways that a player can play as; A prisoner (aka a survivor), who can craft a selection of items, weapons and abilities in order to fight and survive, and a Show Director, who can improve or worsen the lives of the prisoners. The match starts with ten prisoners that spawn into a snowy continent that has many and distinctively different areas and the Show Director takes the form of a large drone that can fly around the map and oversee the prisoners (Skynet references, anyone?).

First of all, because the game takes place on a snowy continent, the developers have introduced a feature called “Warmth”. Each prisoner has two types of meters; your standard healthbar and a warmth meter. Throughout the entire match, the warmth meter will drop when you’re not near a fire, lava or when not under the effects of a warm coffee (warm coffee for the cold days, that’s a heck yeah) and when that meter starts reaching low levels, you will be given a continuous alert that you need to warm yourself up as soon as possible (fast as [email protected]#$, boy) but when that meter reaches zero, you’ll take damage over time and your screen will start freezing. 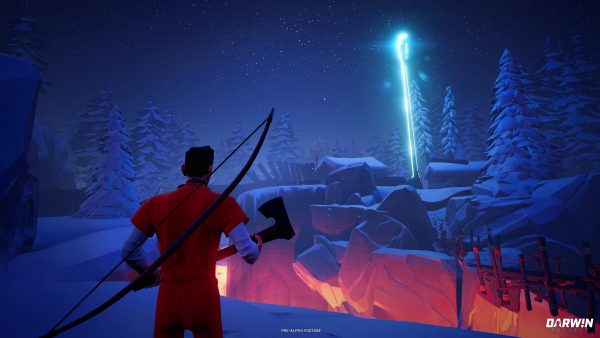 So how do you warm yourself up? You have to search around for loot chests that have a probability of dropping you a warm coffee or look carefully for lava streams or in the most common scenario, cut down some trees and gather some wood to make a fire (*insert a bonfire lit meme here*). Thee’s also a resource called “Darwinium” scattered all around the map, which you will need in order to craft things like class-specific abilities and improvements for them. There are currently three classes available for the prisoners, which are: Jet Wings, Grapple Gauntlet and Headhunter Drone. With Jet Wings, you gain a jetpack and the ability to fly around with a certain amount of gas capacity which depletes over times when you use it but then refills back up when you don’t. With Grapple Gauntlet, you gain a gauntlet which allows you to traverse the hills and mountains of the map pretty easily with the help of the grapple and then lastly, the Headhunter Drone is a drone which assists you in tracking players when they’re in your sight and picking stuff up along your way. You can choose what class you want to play before the beginning of each match, so you don’t have to worry about swapping active classes and stuff (The struggles of every World of Warcraft player). Every prisoner though has an axe and a bow from the start of the game, which he can use to both defend himself from other enemies and get him some wood from trees or get Darwinium from Darwinium tanks. 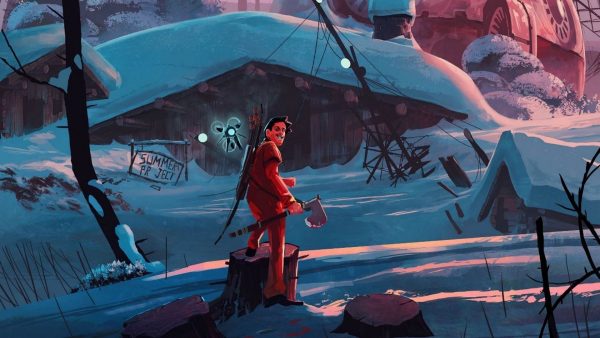 Next, the Show Director (and his masterplan to destroy ZA WARUDO). As mentioned earlier, he takes the form of a large drone that oversees the prisoners fighting for their life (quite literally, we’re talking for Siberian cold here) and has a large arsenal to use on them, to either temporarily improve an individual or temporarily worsen his struggles. He can also close down an area to limit the play area for the prisoners as time goes, by initiating a 60-second countdown, effectively becoming a lot deadlier to prisoners who are inside after the countdown finishes as the closed off areas produce a lot more cold. Oh and.. he has the ability to nuke areas (*insert Modern Warfare “TACTICAL NUKE INCOMING” meme here*). 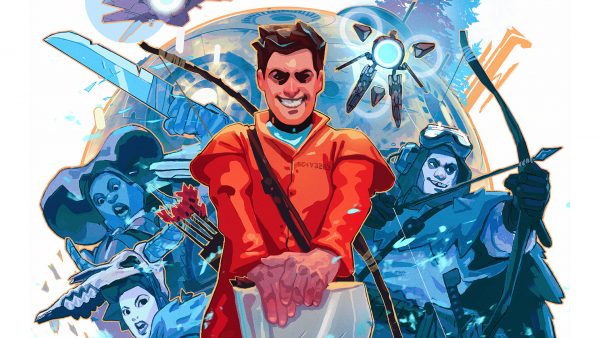 The game is made using Unreal Engine 4, which makes you think that the game would look stunning and have almost flawless performance, but the case is kind of different here. The graphics aren’t really the best the game engine has to offer and optimizations that have been made from the Scavengers team are not what you would expect in the year 2020. On the PC, there are some graphical settings you can tinker to make it look a bit more appealing than on what you get on the consoles, however, when it comes to consoles, be prepared to witness graphics like you’re back in the PS3 era. No character shadows, no anti-aliasing and LODs are visibly changing before your eyes but at least it runs rocksteady (Pun intended, for the Batman games fans). 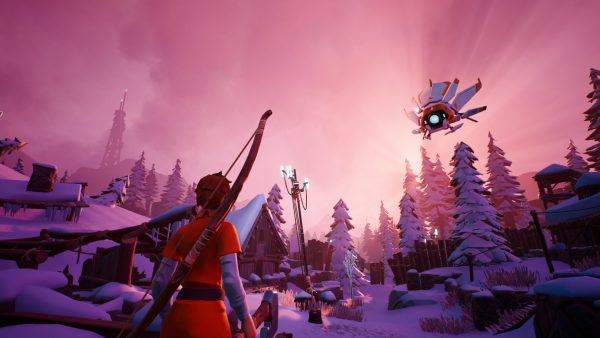 Darwin Project is a fun take on the already battle-tested battle royale recipe to burn some time and a great way to introduce yourself (if you aren’t already) to the genre, albeit with a few technical flaws.

Darwin Project is available for free for Microsoft Windows, PlayStation 4 and Xbox One.