Danganronpa 1.2 Reload brings two titles previously only available on the PS Vita (Trigger Happy Havoc and Goodbye Despair) together in one package for the PS4.

This quirky mystery game mixes great story telling with a twisted sense of humor brought to life in anime style. You play an ordinary high school student named Makoto selected to attend the Peak Academy for geniuses.  The other students have unique skills and backgrounds including the highest ranked baseball player and the most accomplished swimmer.  Everyone attending is at the top of his or her game.

This sounds great until you find out that you are all trapped in the school by a psychotic talking bear named Monokuma and that the only way out is murder. To escape not only do you have to off one of your fellow students, you have to get away with it. 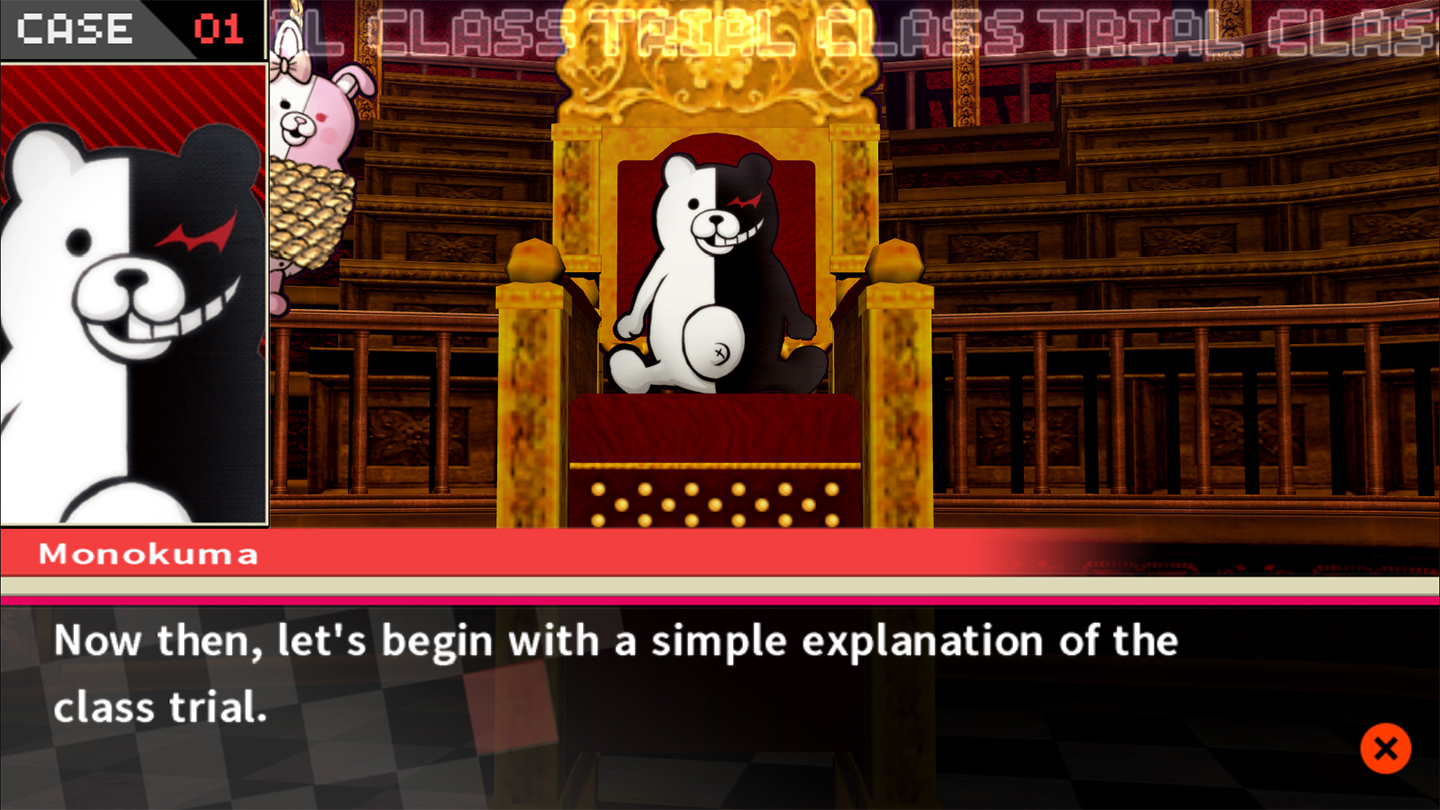 Gameplay falls into three different categories – investigation, exploration and trial.  When a body turns up, your character will have the chance to examine the crime scene for clues.  During exploration, you can roam the grounds where you may get to know your fellow students, discover secrets, or find information that could be useful during a trial.  Each chapter concludes with a lengthy trial.

At the trial phase, all of the (living) students stand in a circle presided over by your favorite black and white psycho-bear, Monokuma.  You and your fellow students sort through evidence and discuss the suspects. The consequences of each trial can be deadly so you must choose your words carefully as the arguments, questions, and counterarguments fly.  Trials can take anywhere from forty-five minutes to several hours.  This may sound dull but it is actually one of the more entertaining aspects of the game.

Danganronpa – Trigger Happy Havoc is rife with twists and turns as the tension rises, leading to a shocker of an ending.

The second installment (Goodbye Despair) follows the same basic formula (students all stuck together and the only way out is to kill someone without getting caught) with upgrades such as mini-games during the trial phase, the ability to date fellow students and improved graphics.  If you like Trigger Happy Havoc you will love Goodbye Despair. 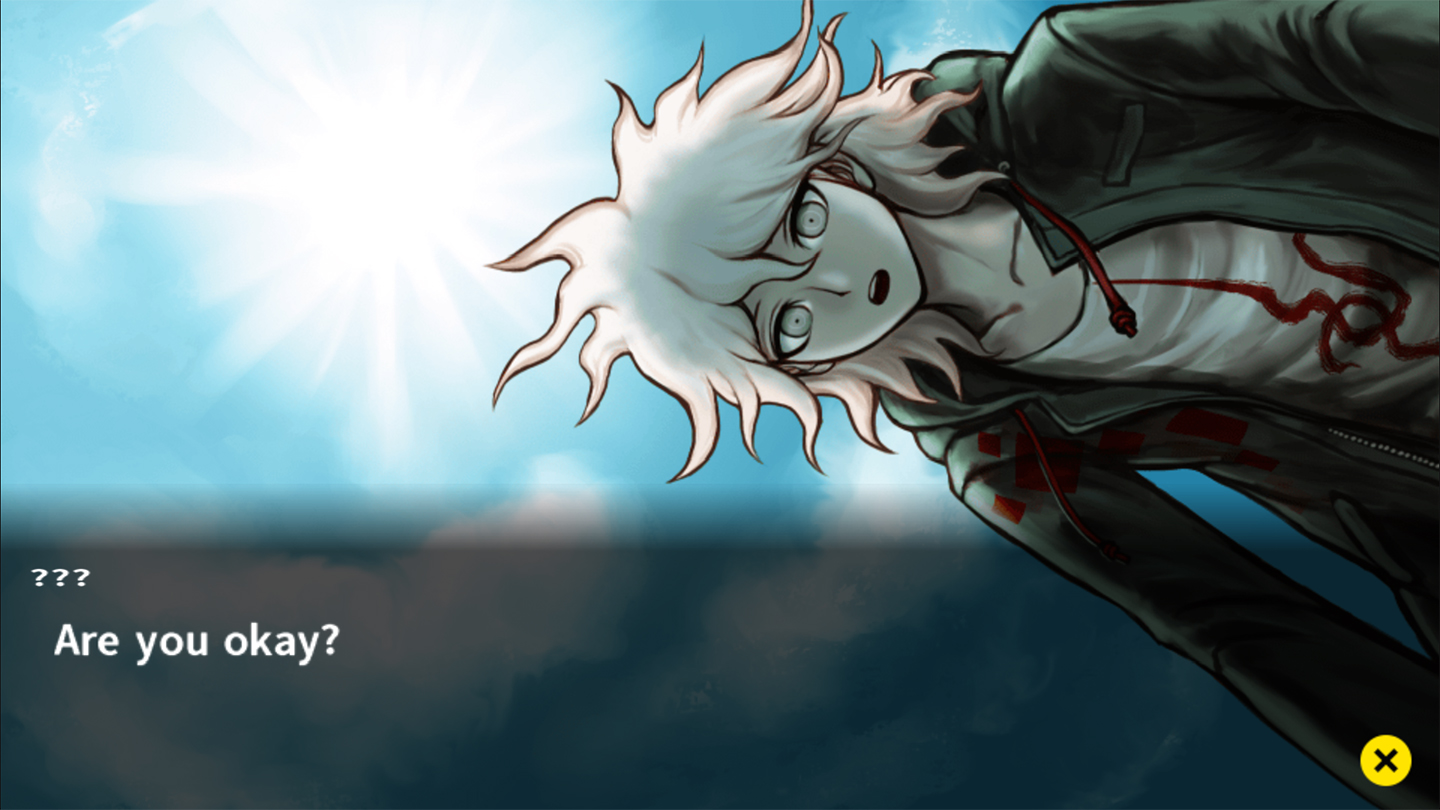 One thing players might surprising is how easy it is to get attached to the other characters in the game. Each of the other students is quite fleshed out and the dialog is very compelling.  It is easy to get attached as your character gets to be friends with one or more fellow students.

One thing to mention is that much of the dialog is not voiced.  There is a LOT of reading in this game.  It’s almost like an interactive choose your own adventure book than a video game at times because there is just so much reading.  That said, the content is really good and many players won’t mind, especially considering that these titles were ported over from a handheld.

The pacing can be a little off at times, spending too long between actions and not enough elsewhere, but these issues are minor.  The complex story and warped humor more than make up for any small defects in the series.