The two biggest games of the year once again are getting postponed. 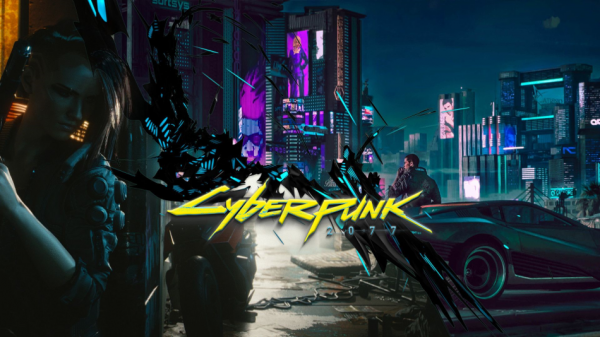 Just as every gamer that’s interested in both games has feared. Cyberpunk 2077 and Final Fantasy VII Remake got inevitably postponed for yet another delayed release date. 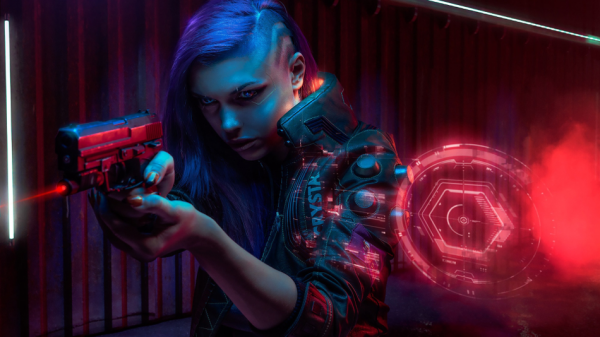 Let’s address it right away, the game has officially been delayed by five months, taking it from the initial release date of April 16, 2020 all the way to September 17, 2020 Let’s be honest, we all saw it coming from miles away that CD Projekt RED would once again delay its high-anticipated game. The Head of Studio and Co-Founder of CD Projekt RED wrote a “love-letter” of sorts towards its fans that are eagerly waiting for their game to finally get released and posted it on their official Twitter account.

Here’s what they wrote: 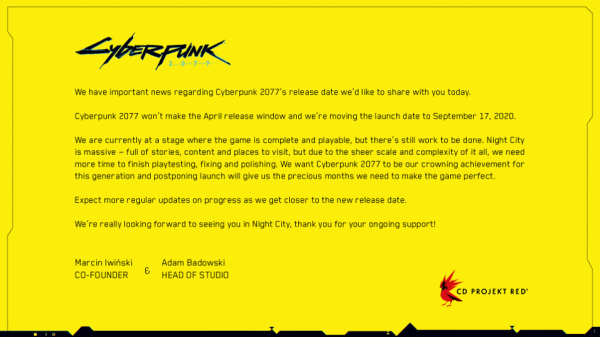 What this letter in short says is: “The game’s practically ready, but we need more time to fine-tune it”. We can all agree that this is completely acceptable and we’re gladly giving them the time they need to polish it up as much as needed, after their bold claim in the letter that says “We want Cyberpunk 2077 to be our crowning achievement for this generation”. Seems like they really are going all-out with this release, they seem especially passionate about it and really taking all the time that’s needed for it. Not to mention, that while they delay the game’s launch date to present it as a fine jewel on day one of its launch, they virtually lose April’s and Q2, Q3 expected income (“Balls of steel”-level move there, Projekt RED). But at least, they’re gonna give us a highly-anticipated well-polished game rather than a highly-anticipated incomplete game and rob the money out of our pockets and we can all agree that we’re perfectly fine with it (I’m looking at you, EA). Maybe they are postponing the release date so they can work on releasing the game on PS5 and Xbox Series X (but they haven’t made any announcements for these two platfoms), who knows.

Cyberpunk 2077 will be available for PlayStation 4, Xbox One, Google Stadia, and Microsoft Windows on September 17, 2020. 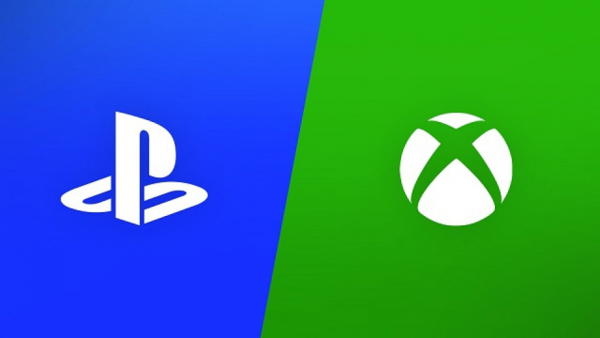 On the bright side (at least for us, the gamers), this delay opens up more time to enjoy other releases that are due to release in Q2 and Q3 of 2020, like Final Fantasy VII Remake. 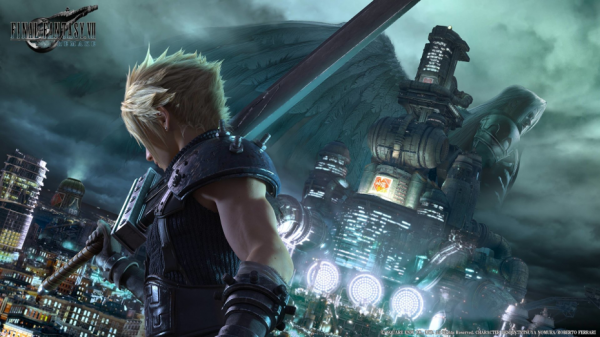 Square Enix just recently announced on their official social media platforms and their website their game are delaying Final Fantasy VII Remake’s release date from March 3, 2020 to April 10, 2020, with the reason behind it being (again) that the game needs a few extra weeks for more polishing. The game’s producer, Yoshinori Kitase, wrote a letter for the game’s fans, here’s what it says: 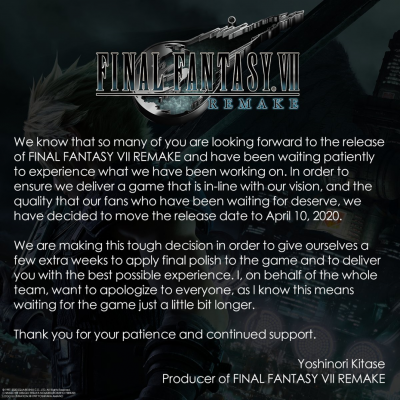 Once again, completely acceptable (plus it’s only just a few weeks) and will gladly give them any time necessary to give us a complete and well-polished game. Square Enix has mostly kept on track with the release dates of their previous games (let’s preferably not talk about what happened with the release dates of Kingdom Hearts 3) and seeing them take just some extra weeks under their belt for them to just polish it up a bit more, most probably means that the game is fully ready and they are just fixing pesky bugs left-and-right like there’s no tomorrow. My guess is that they want to surpass the expectations of the fans from the original Final Fantasy VII, which back then when it was released did leave quite a memorable dent as a game ahead of its era.

Final Fantasy VII Remake will be exclusively available for the PlayStation 4 on April 10, 2020.

Let’s just hope this “release date delaying” trend is gonna stop at some point, after the next-gen consoles get released.