A success on top of an OG big hit

It’s back and greater than ever, a remake that was already a huge success back in the day and an already good story that got expanded, to meet the demands of the modern era for playable content. 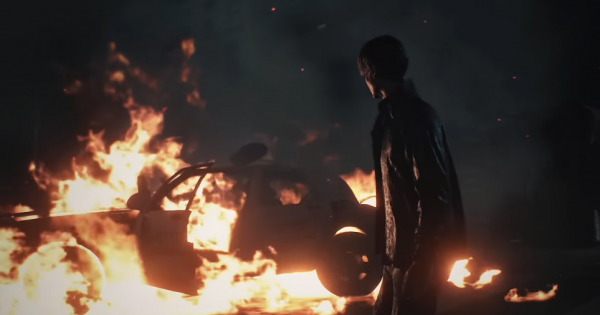 The guys at CAPCOM really gave their best to revive an oldie and re-imagine it with the modern technologies that are available today. Built with the same (but improved) game engine that was introduced in Resident Evil 7, the visuals and the overall performance of Resident Evil 2: Remake are stunning in all platforms that is available to. 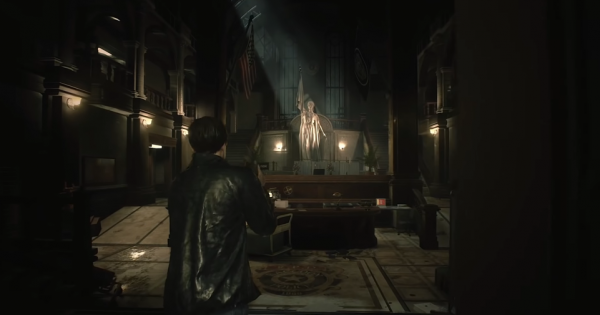 So you open up the game for the first time, ready to embrace the horror once again, you watch all the introduction cutscenes with the trucker and the crash and then you’re free to play. You’ll most probably be paying more attention to the rain and the fires from the crash and how all these different lights and effects reflect onto Leon’s jacket than actually pay attention to not die from the oh-so-hungry-for-brains zombies. But hey, you somehow made it to the iconic Raccoon City Police Station, which is a lot darker and ominous than you remember.

You remember the Police Station being a place that’s full of working lights, a safehouse of sorts, with a nice and calming music playing in the background when you were at the Main Hall, right? Well, throw all these out of the window, because you’re here for one hell (quite literally) of a different ride than what you remember. Forget the nice “loading screens” with doors opening, forget the nicely lit rooms and hallways, the background music that occasionally made you feel less scared. That being said, you’re nowhere safe by all sorts of creatures that Umbrella has created. Zombies? The iconic and even more horrifying Lickers? The all-mighty Mr. X? They can all chase you and open doors behind you, making this game a great adrenaline rush at all times. 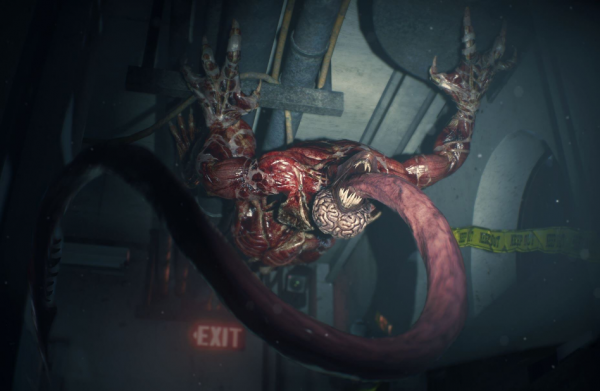 Of course the sound design has to be top-notch in order to match with the visuals, giving you a fully immersive yet “jumpy” experience. Every creature doesn’t have generic growling sounds, the violent wind knocking on the partially broken windows doesn’t have just one generic wind sound. Instead, they have created a lot (and I mean A LOT) of sounds and noises that are spread so carefully and well-thought-out throughout the entire world you can play in, to make you, the player, feel the horror shake the very core of yourself and have you pause the game every 30 seconds because you heard something scary (we’ve all done it, don’t feel bad about it). I seriously hoped they had a pause counter built-in, I would have personally reached the maximum value (yet I still fully enjoyed it). 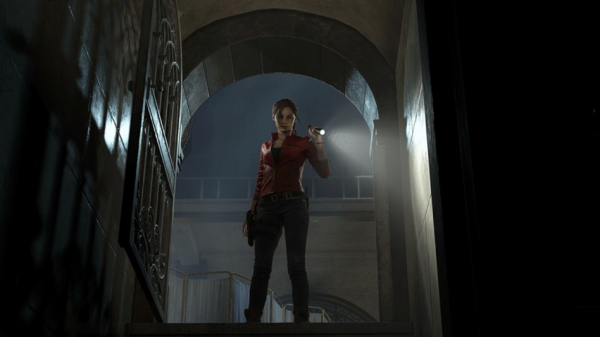 As I mentioned earlier, this title has been made using the same game engine that was used in Resident Evil 7 (called RE Engine). It’s their newest in-house game engine which contains all the latest game engine technologies (except Real Time Ray-Tracing). Subsurface Scattering, shadow caching, support for HDR, physically based rendering and various other features that make the game run stable at a respectable framerate. It’s a really well-made piece of tech that they’ve created, with lots of visually pleasing features crammed into it but also with lots of performance improvements to make all this “eye-candy” run buttery smooth on all platforms that is available to. A noteworthy mention is that this game runs on both PlayStation 4 and Xbox One at full HD resolution (1920×1080), with Xbox One X running at 3K resolution (2880×1620) with a capped framerate of 60 frames per second (and not 30 or 45). While the base PS4 and Xbox One S frequently hover around 40 to 50 and sometimes even 60 frames per second, the Xbox One X most of the time remains rock-solid steady at 60, with PS4 Pro falling just a tad behind it with 50 to 56 frames most of the time. That being said, Resident Evil 2: Remake surely brings the current-gen consoles to their knees while still trying to keep a stable framerate above at least 40 frames per second. Play this game on a PC, however, is a whole another story. The PC version of this game allows the player to crank the graphical settings even higher than what the Xbox One X can deliver, but you’re gonna need some good hardware to support that.

Bring out the “gameplay guns” 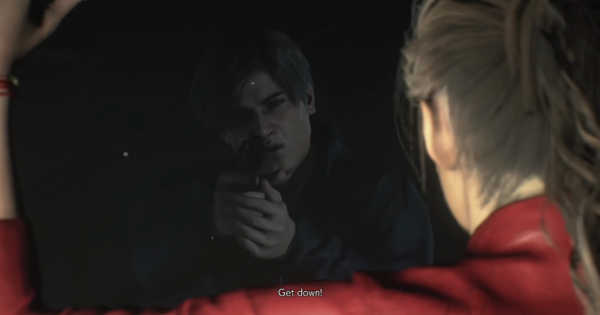 With the tech talk out of the way, let’s talk gameplay. First off, the inventory system is very similar (if not the same) to Resident Evil 7’s, so it should feel familiar to you if you’ve played the previous title. Now, about the camera. Oh, the camera. Gone are the days where the player’s camera was locked into a specific place per room. Now, what you’ve got is a third-person style camera that is actually quite too close to the character you’re playing and that is to give the player a more scary, immersive and definitely closer experience as to what the environment and its hidden monsters has in store for you. How about we finally talk about weapons, crafting and herbs? Thankfully, the game hasn’t stuck around its OG brother and has introduced plenty of new stuff for you to make and do while also somewhat sticking to the classic feel of the old formula. 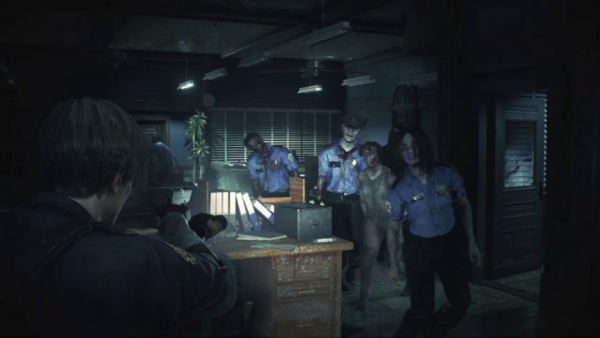 First of all, ammo is really (and I mean really) hard to find, you’re better off crafting some ammo by yourself if you’ve got the components that are needed. But if you got the ammo, man do the weapons feel rewarding when you fire them. The developers have also found a sweet spot in terms of balancing, where even though the ammo is scarce, the weapons themselves surprisingly don’t feel overpowered. You can even pickup grenades and shove them into zombie mouths and shoot them so they explode. I mean, alright, we knew Leon was cool as hell, but this is flexing (weird flex but okay). Oh, and uh.. there are also combat knives hidden around which you can use when zombies bite on you to give you some leeway, which I personally felt wasn’t necessary. Lastly, the monsters’ AI. You can try running, hiding and even run in circles around them, but oh boy they’re smart. The only option really is to just kill them as soon as you get the chance because believe it or not, the next time you’re gonna dwell around that same room, they’ll be there and probably they’ll be even stronger if you’ve progressed somewhat far into the game’s story. 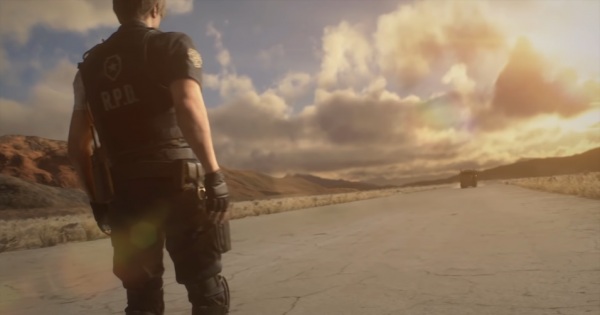 Is Resident Evil 2: Remake worth playing? Absolutely. Is it scary enough to make you pause a million times? Sure as hell it is. Did Capcom make a game worthy of calling it “The Return of the Old-School Horror King”? I’m gonna say, yes.

Resident Evil 2: Remake is available for PC, PS4 and Xbox One.