With Christmas just around the corner, it’s the perfect opportunity to play some holiday-themed games to get you in the Christmas spirit. Thought tree decorating, food, and presents were all you had to look forward to? Think again!

Yes, we might admit it’s a bit cheesy, but who wouldn’t want to have some frosty fun? Don’t skip over the gaming festivities this year, we have a lot of funky titles for you to choose from. So grab your Gramps, a snack, and prepare for an epically funny gaming session that’ll become your Christmas tradition every year. 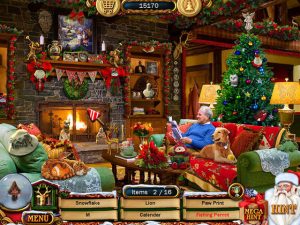 I discovered this game while looking for funny Christmas themed games in the Microsoft store. For any puzzle lover, go and download this game now.

I won’t lie, it’s a bit childish, though strangely very addicting. You basically just complete puzzles and try to locate hidden ‘gifts’ that have been tucked away in still images. Mildly infuriating? Maybe a bit. 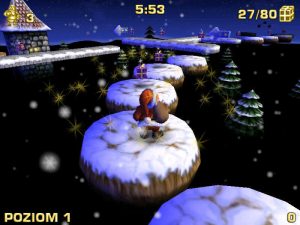 We all love those little app games that surprise us by being fun and addicting, don’t we? Santa Claus in Trouble fits the bill. Only downside, the game isn’t free and is also truly old, but alas I loved it anyway.

Santa is hopping around a mildly difficult course, locating lost presents and special items. One mis-jump and you fall into the black abyss below. If you’re anything like me, that’ll happen a lot. 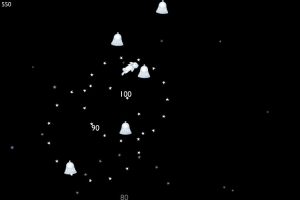 Think Doodle Jump on steroids and I mean literally. Play as a little white bunny and hop your way up with epic speed on an endless stream of bells to achieve a legendary high score. It’s again an oldie, but if you try it, you can’t deny it. It’s addicting.

It’s a free to play browser game so if you’re looking for a little intensity after reading my boring article, search for Winter Bells and you’ll find it. 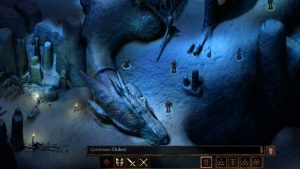 If you’ve played this game, you know what I’m talking about. It’s any geek’s nostalgic dream. As someone who started off playing Runescape on their dirty old Macbook, I only wish I knew about this before (it’s almost as old as I am).

In short, Icewind Dale is a Dungeons & Dragons classic game filled with magic, sorcery, expeditions, and battle. How does it tie into the holidays? The game is set in a beautiful wintery world, being affectionately named a cold winter, never to be forgotten. 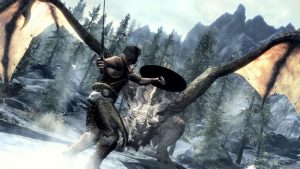 It’s not entirely a wintery bliss game, but that isn’t to say it doesn’t come without its charms. Let’s be honest, Skyrim is a classic and after playing only a few minutes of the game, I fell in love. Dungeons, dragon battles, quests and magic galore, it’s a tale that has withstood the test of time.

Mods like this one are just what you need to feel the beauty of the wintertime and shed some manly tears. No one is judging. 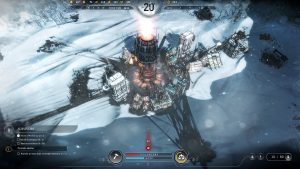 Taking a break from the norm? Why not try a little city-building game to spice up your gaming life. Set in the 1800’s, the whole world has become wintery and cold, reminiscent of Antarctica all year round.

If you’re looking for a mildly irritating game in which you micromanage an entire city, kind of like Sims, it’s definitely for you! With all the snowy detailing, you’re sure to feel those Christmas vibes. 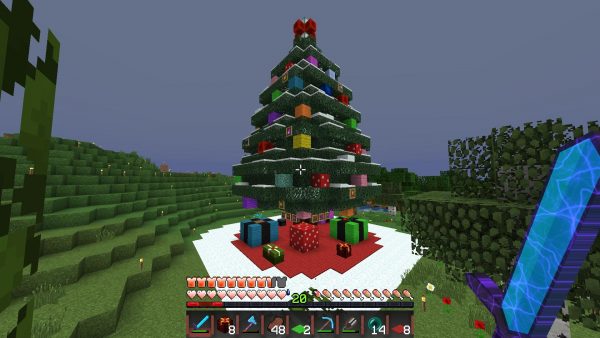 Yes, I know we are going off on a bit of a tangent, but let’s be honest, how many Christmas themed games are there really? Minecraft is really such an open-ended game and with the overwhelming popularity nowadays, it’s a great time to try it out.

The power is yours. If you want to make a winter wonderland, go right ahead. If it was me, I’d build the North Pole, Game of Thrones style. Winter is coming, anyone?

With plans to only be gaming this Christmas holiday, maybe some of these fun titles will make their way into your all-nighter as they will mine.  Don’t be a grinch!

That being said, we hope you enjoy and Merry Christmas from all of us here!