It’s all been said before, of course, but the Call of Duty franchise has really transformed what people expect out of mainstream first-person shooters. Just when you think they’ve gone as far as they can, finalized gameplay in such a way as to have completely explored all the fundamental methods of creating and maintaining action, they shift and take things in a completely new direction. While it might sound like hyperbole, the truth is that Advanced Warfare is an amazing game with so many great refinements and polished touches that it’s almost revolutionary. Notice the word “almost” there…clearly, other games have previously attempted to pull off what CoD:AW does before in various areas (Crysis 2 or 3, anyone?) but to be honest they didn’t aim quite as high as what we see in this game. Everything comes together in a glorious conglomeration to yield an awesome single player as well as multiplayer experience, primed for hours and hours of fun. 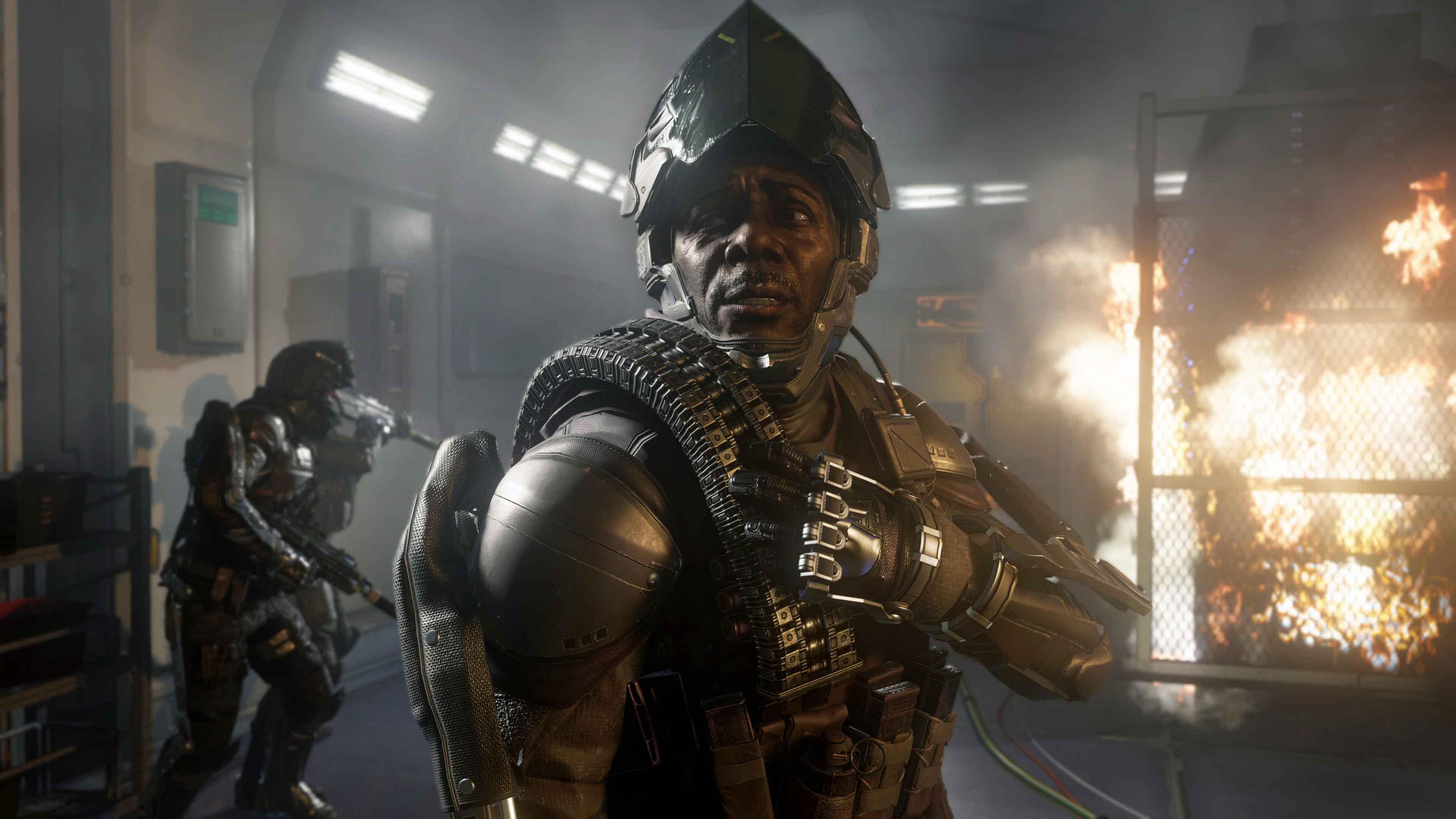 First off, the game is truly a visual treat. On the PlayStation 4 it is definitely primed to impress, especially with top A-list talent along for the ride. Seriously, having Kevin Spacey basically laying out certain elements of the story for you is certainly a nice touch not every developer can afford. The story itself is perhaps the most complex tale told to date by the series and touches on all sorts of controversy, both real and imagined (as it might pertain to the real world). At any rate, don’t call it par for the course or bland because the exact opposite is true, the sense of drama achieved up through the end of this one is spectacular and extremely entertaining not to mention, fitting. 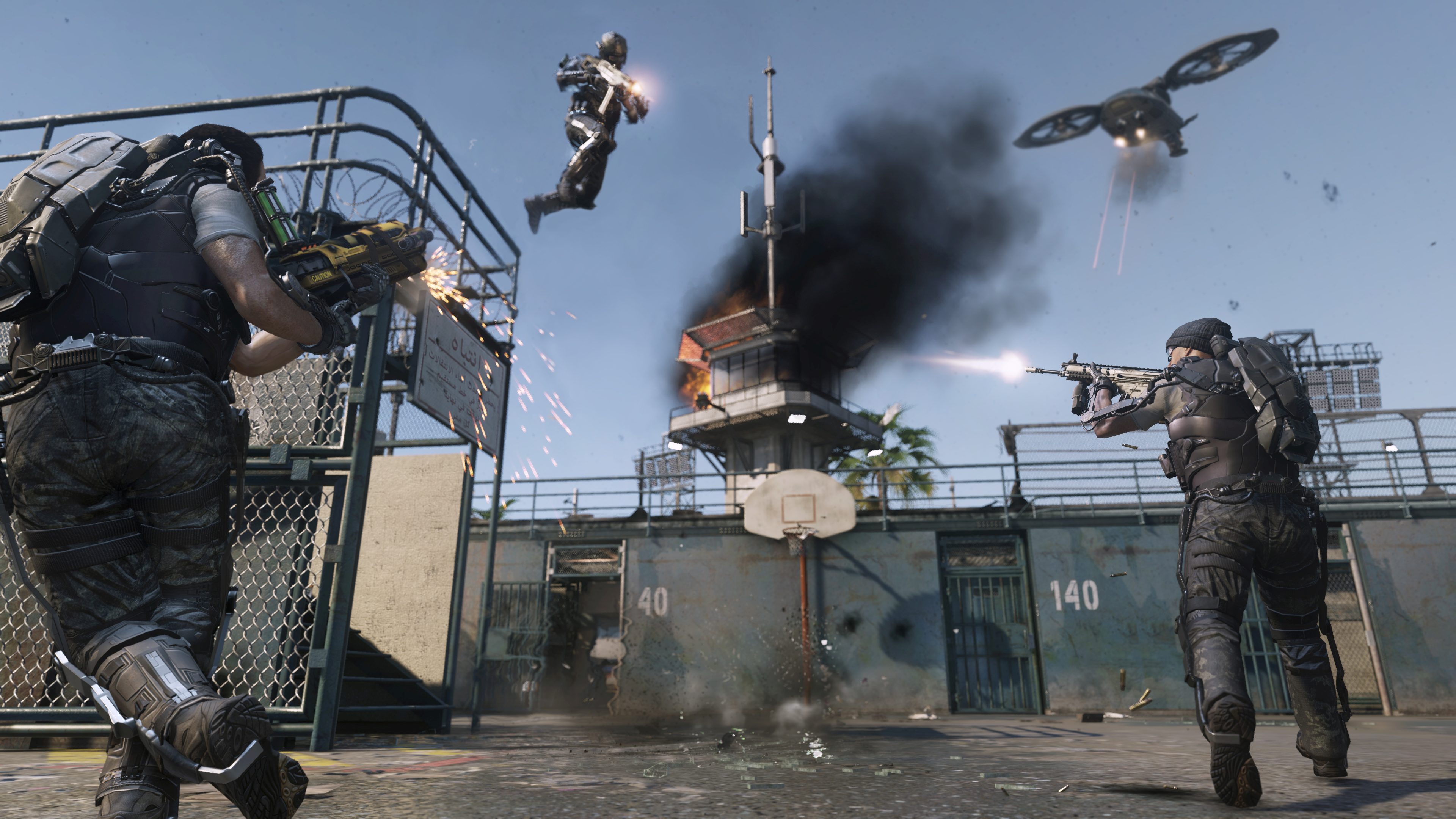 Gamers have been begging for a CoD game that incorporates more imaginative types of gameplay and now we finally have it. Even though you can’t use all of your abilities throughout every level of the campaign, it does serve as a great means of learning to use these functions for when you finally get to the multiplayer. Speaking of which, yeah…the online functionality aspect of this game is truly amazing, with the action and violence being ramped up significantly, both in terms of speed as well as possibilities. There’s a much greater sense of customizability too, not to mention all sorts of great new inventive maps that both challenge as well as open up the combat like never before. This comes in addition to all the new standard movement features and weapons which again, transform the core gameplay in a very fundamental way. 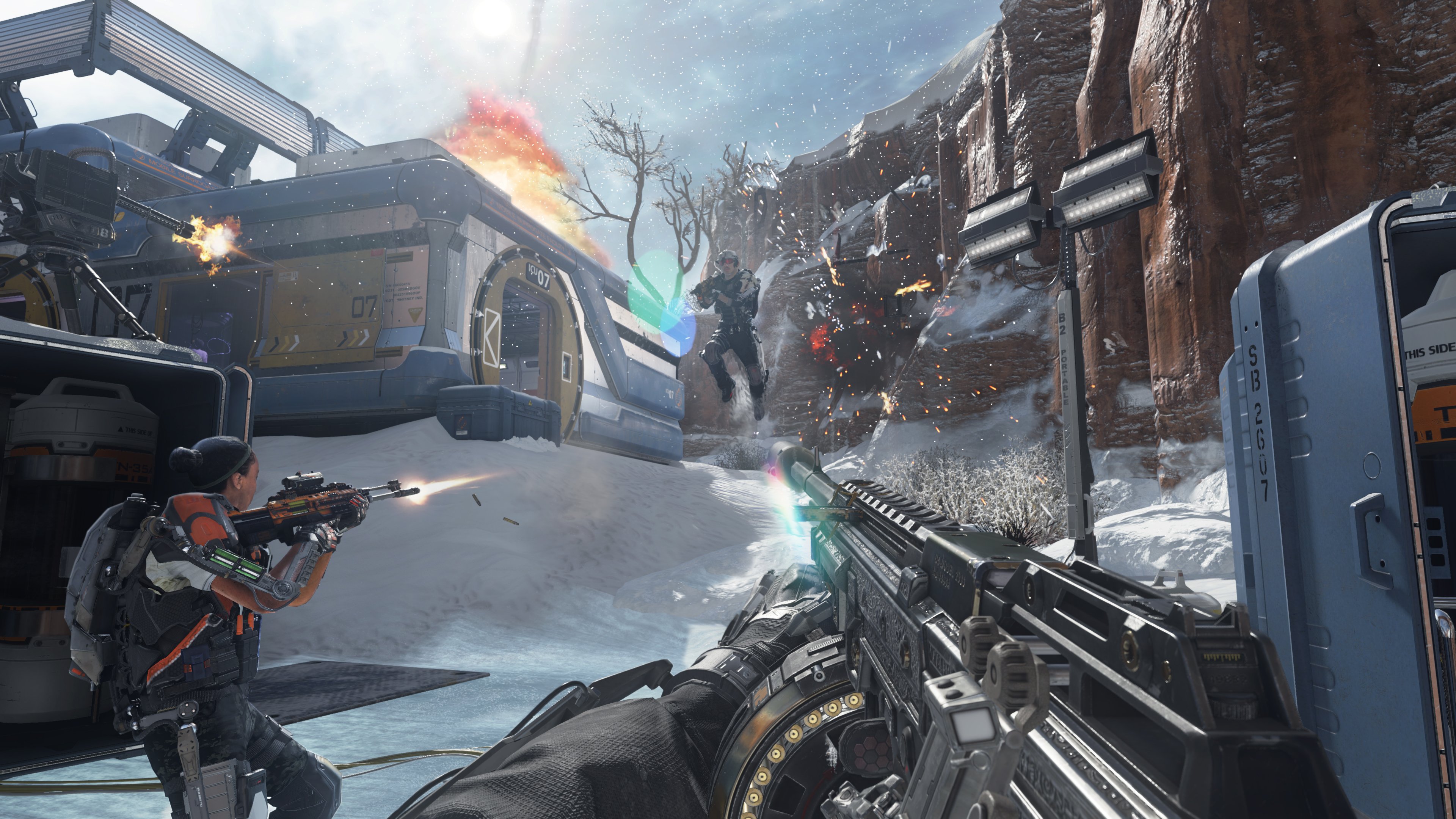 In short, it certainly isn’t any stretch at all to call this THE BEST Call of Duty game released thus far, at least from a technical standpoint.   It certainly is superior in several ways, from its graphics and concept to its execution and density of content. Creating titles like these requires a certain insight into what the average FPS fan might consider to be “fun and compelling”, and they have certainly nailed it.