The genre of open world games took off in earnest during the early 2000’s, when rapidly advancing technology allowed developers to create the likes of GTA III and Morrowind. Fast-forward fifteen years or so, and open world games are more popular now than they’ve ever been before.

Gamers want the freedom to explore a living, believable world at their own pace, and publishers – led by industry giants Ubisoft – have been more than happy to oblige. 2017 has already seen us blessed with not one, but two of the finest open world games of recent times (more on those later).

Without further ado, let’s look at five of the best open world games currently available on the market. 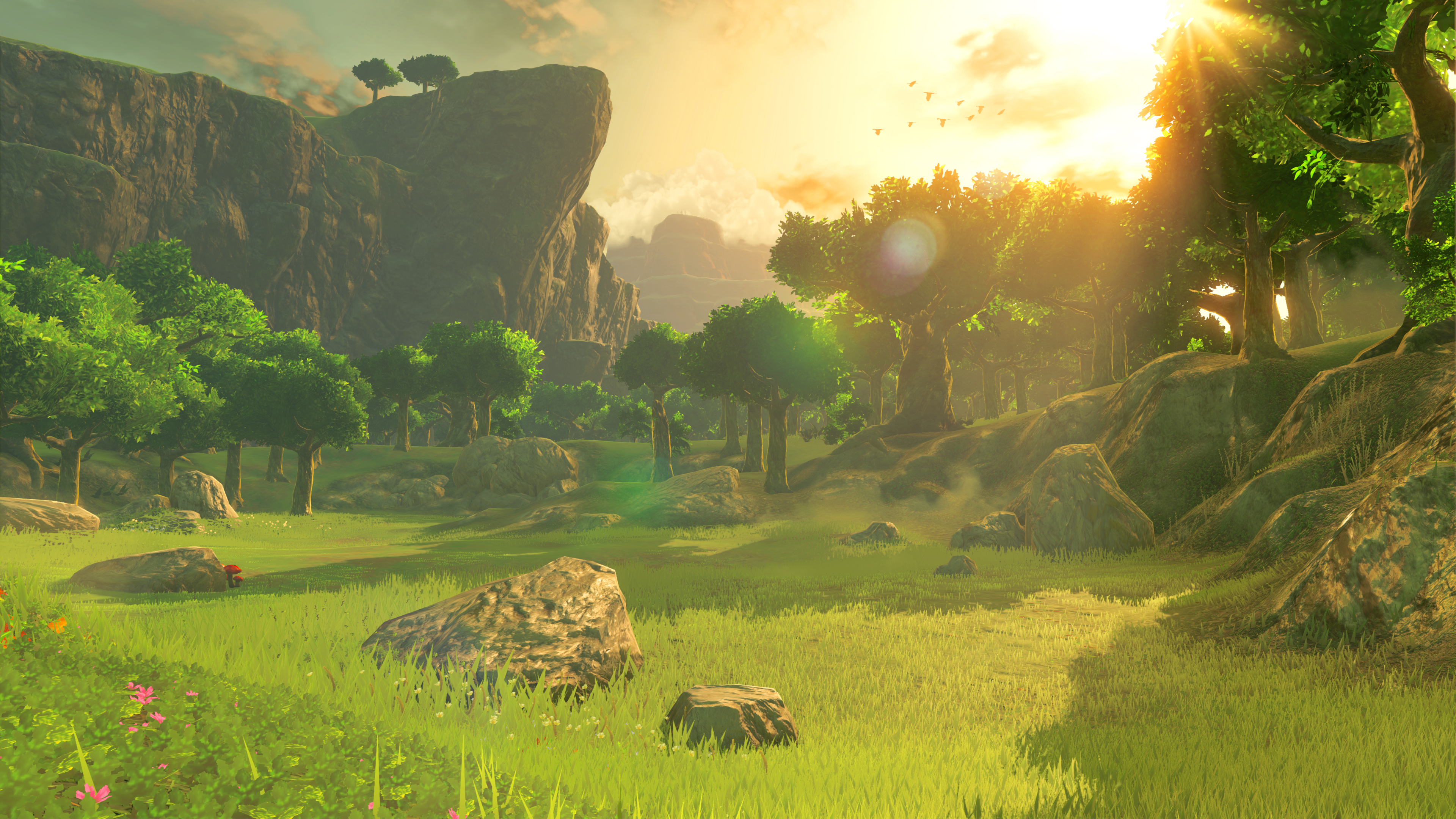 It takes a pretty special game to successfully launch an entire console. With BotW, however, that’s exactly what Nintendo created. They needed a crowd-pleasing masterpiece to really kick off sales for their revolutionary Switch, and boy did they get it.

BotW managed to satisfy long-term fans of the Zelda series, and draw in crowds of newcomers. It commits to the ‘open world’ idea in a revolutionary way, with the entire map and all of the story’s objectives being open to you from the beginning. If you want to head straight to the ‘ending’, and defeat the big baddie, you can do so immediately.

The beautifully-rendered world is a joy to explore. The excellent physics lend the player endless opportunities for fun, and the surprisingly complex survival system ensures the game is also pleasingly challenging. 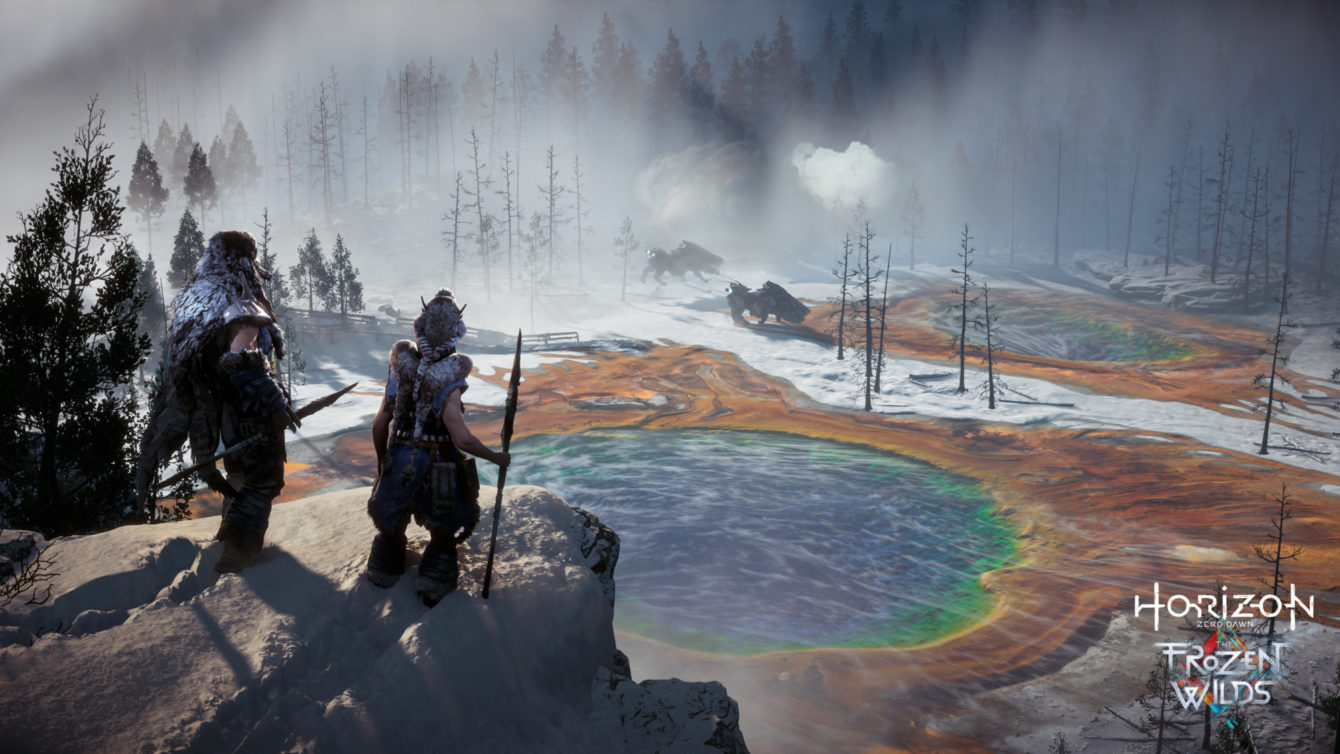 For around a week, Horizon Zero Dawn was the talk of the gaming community. Despite it only being February, it was already being hailed as the presumptive game of the year. Then, Breath of the Wild happened. Talk about bad timing!

That being said, BotW might have grabbed the attention of the media, but PS4 players across the globe were more than happy to stick to their console’s very own exclusive masterpiece. HZD features a maturely-told and fascinating story, set in a post-apocalyptic world ruled by robotic creatures.

The graphics are arguably the best ever created, and help to bring the varied landscape, with its dynamic weather system, to life. With its ever-expanding combat system, and excellent AI, HZD’s wonderful gameplay rounds out one of the most incredible gaming experiences of recent times. 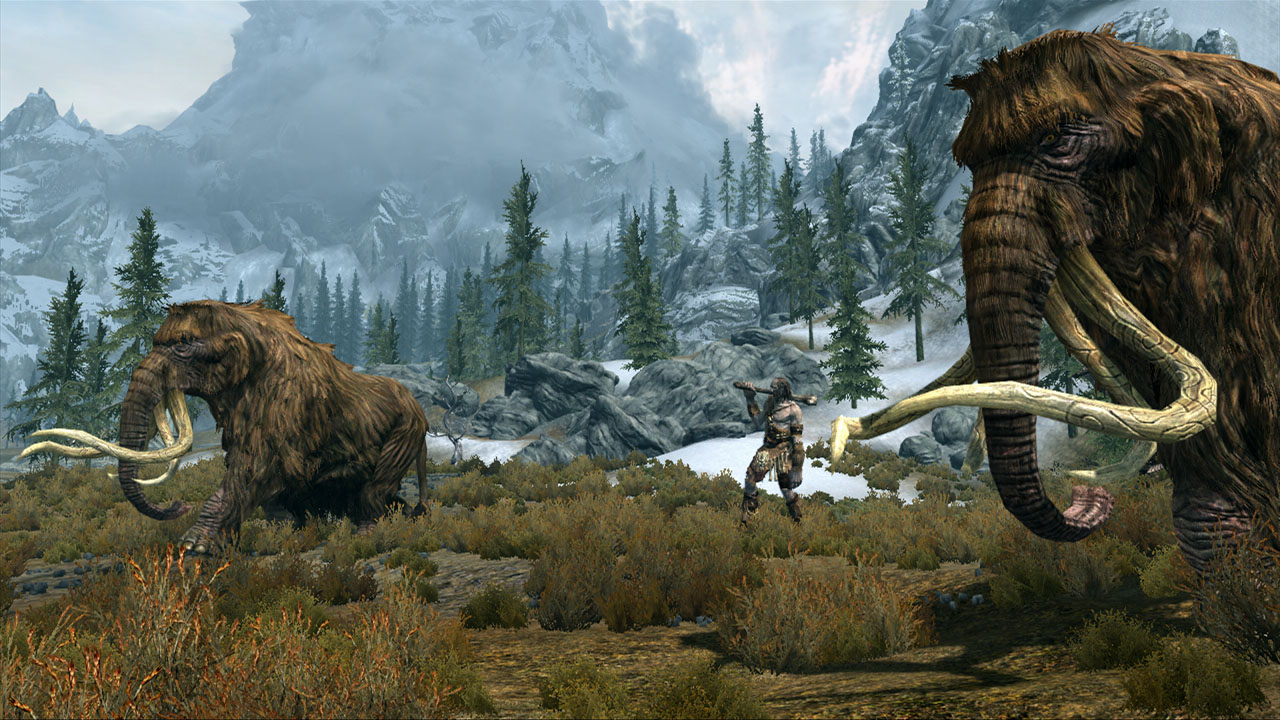 The big kahuna! Open world games were already extremely popular by 2011, but Skyrim catapulted the genre to a whole other level. The fact that it’s still being widely played today – enough so that Bethesda felt they had to create a whole new remastered version in 2016 – is testament to the game’s brilliance.

Yes, the graphics were beautiful at the time, and still hold up to this day. Yes, the main storyline was captivating. Yes, the guild storylines added countless hours to the game’s lifespan. But, what really makes Skyrim an undisputed classic is the world.

Before, even when they allowed you plenty of freedom, the settings in open world games didn’t truly feel real. Skyrim does. It’s hard to put your finger on exactly how Bethesda did this, because in truth this feeling comes from hundreds, even thousands of little details. They created a game which is, for my money, the most immersive ever created; a game you can – and many have – lose countless hours to.

This – the wonderful world of Skyrim – is why gamers keep coming back year after year. It’s why, six years later, the game holds up just as well as it did the day it was released. Skyrim is truly a timeless classic.

Two series have done more to popularize and advance the open world genre than any other: the Elder Scrolls series, and Grand Theft Auto. Much like Skyrim with the former, GTA V represents the pinnacle of the series, and is one of the best games ever created in the genre.

I don’t believe the immersion levels of GTA V quite reach those of Skyrim, but Rockstar created a wonderful world nonetheless. Having previously tended towards a cartoony style, they began making their graphics more realistic with GTA IV’s rendition of New York City; Liberty City.

This is taken to a whole new level in V, with technological progress allowing them to create an enormous detailed chunk of California, centered around Los Santos (a.k.a. Los Angeles). This slice of West Coast America is brimming with life and, even when you get out into the many miles of countryside, there’s a huge amount to see.

GTA V also broke with tradition by having not one, but three different protagonists. All three have different motivations, personalities and strengths, and you can switch between the three at a moment’s notice. This twist, along with Rockstar’s trademark twisted humor, helped to keep GTA V’s lengthy story fresh throughout. 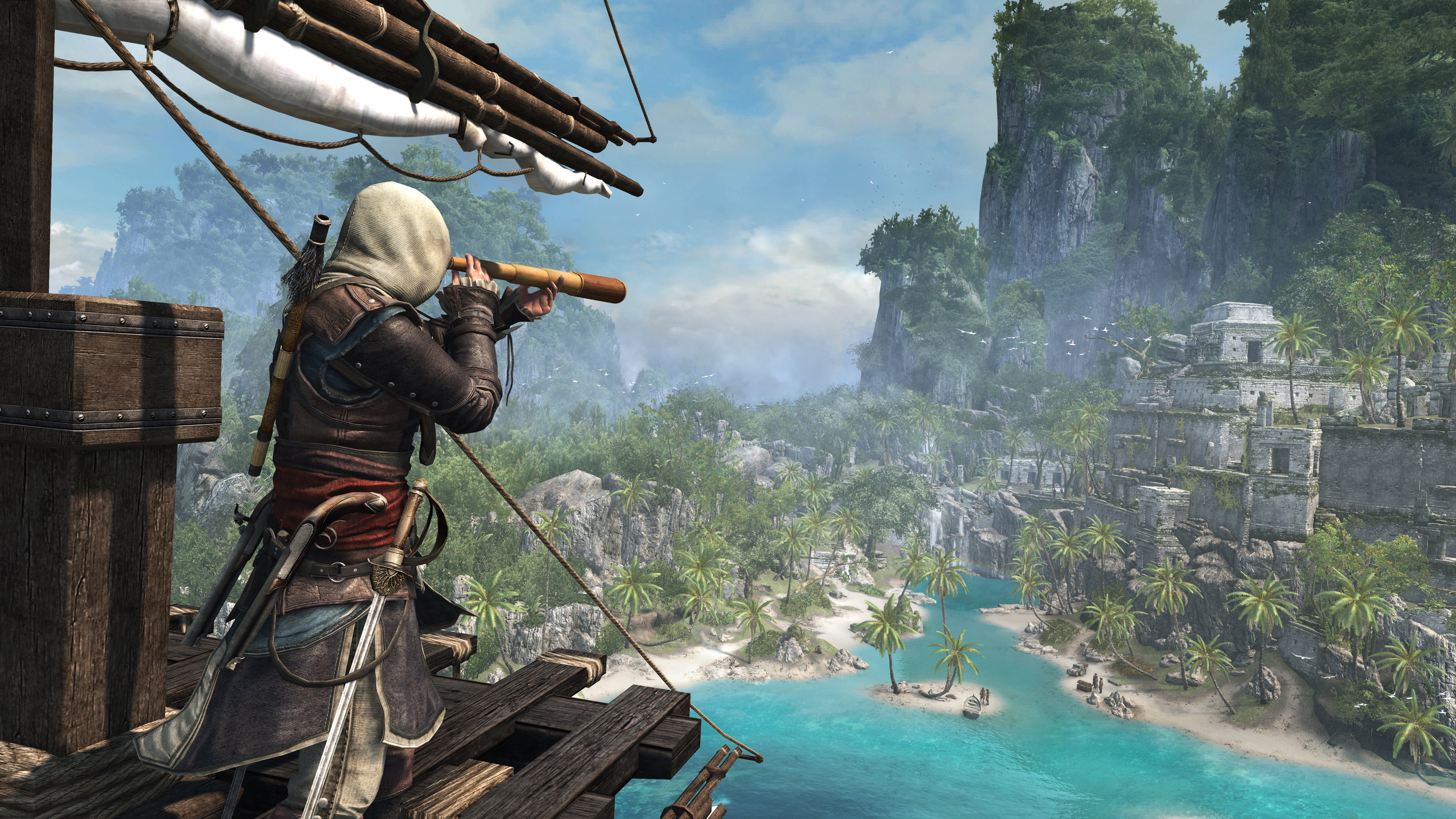 As I mentioned already, Ubisoft have jumped upon the open world genre more than any other developer. While they’ve churned out games across various franchises, however, I believe their titles have often lacked the innovation, and simple fun, that you’ll find elsewhere.

As far as ‘fun’ goes, this definitely does not apply to the fourth entry in the titanic Assassin’s Creed franchise, Black Flag. Here, Ubisoft created a game that was almost exclusively about having a good time. It allowed players to live out a glorified, unceasingly exciting life as a pirate captain. You could sail around the sunny seas, plunder ships, discover buried treasure; basically, you got to live inside a Pirates of the Caribbean movie.

I still wouldn’t describe Black Flag as an innovative game, and it’s still plagued by the awful icon-heavy interface that Ubisoft refuse to change. Having said that, of all the amazing open world games on this list, Black Flag might just be the most purely fun of all. And isn’t that what video games are all about, after all?

There you have it: five of the best open world games out there.

Some are newer titles, and some older, but all five play to that unique opportunity that only these types of games give you: to not just inhabit an entire new world, but to explore it; to not merely follow a journey scripted by developers, but to create your own.

What a wonderful age of gaming we live in, where games like this are possible.