The Best Games From Sonic The Hedgehog Series

By Rosalind Griffiths
October 6, 2017
Best GamesEditorialsFeatured
It’s no secret that Sega’s front-hog hasn’t had much success in recent years. After releases like the glitch infested Sonic Boom: Rise of Lyric, the button mashing marathon that is Sonic and the Black Knight, and the slightly janky Sonic Unleashed, it’s easy to see how our beloved hedgehog has fallen out of favour, becoming the punchline of many a joke within the gaming community. But hope is not lost! The recent release of Sonic Mania has taken us right back to the franchise’s retro roots and reminded us all why we fell in love with Sonic in the first place. In celebration of what will hopefully be the start of a solid Sonic comeback, let’s take a look at some of his better appearances. In no particular order, here’s five of the best Sonic the Hedgehog games. 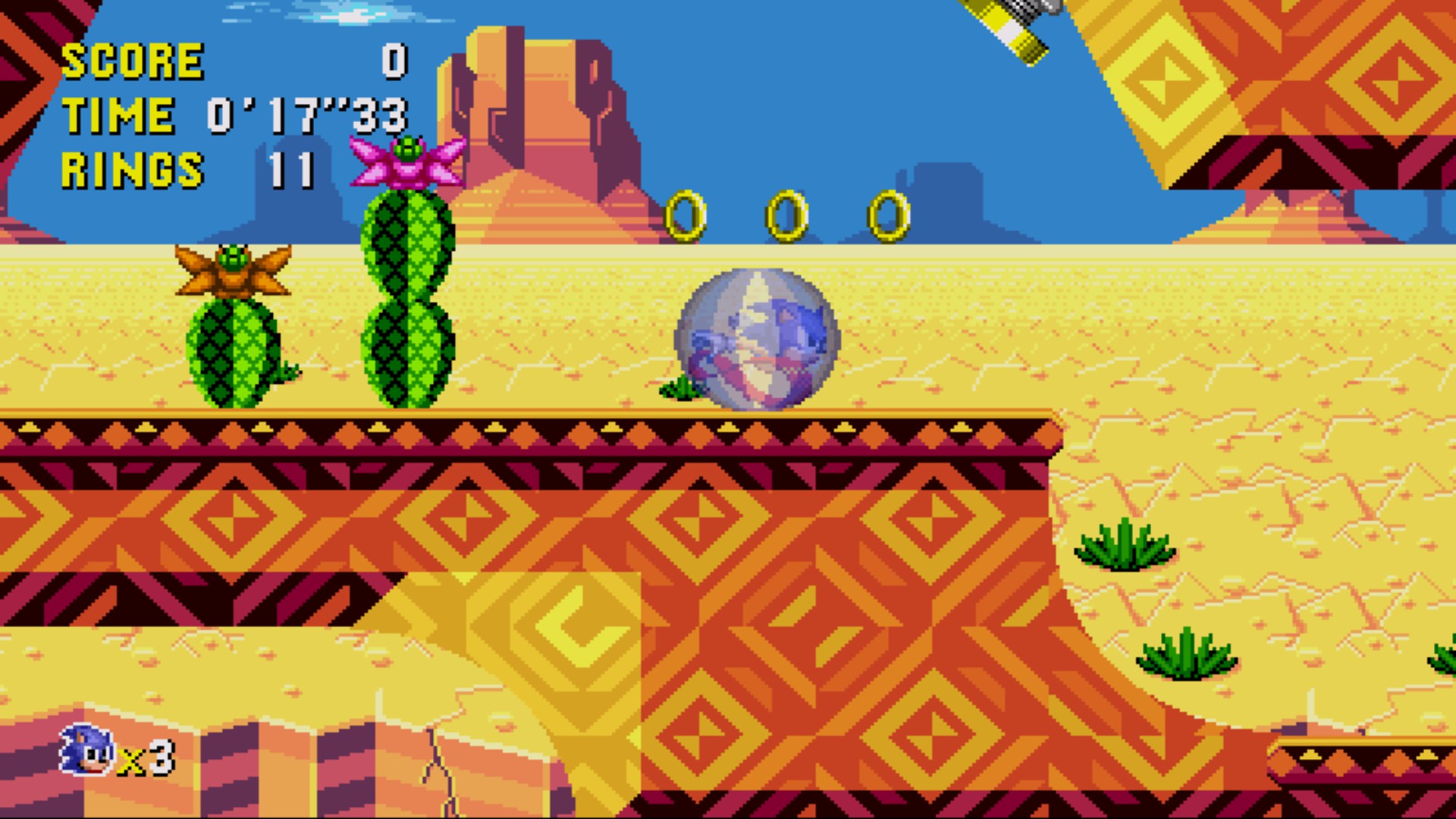 First on our list is Sonic CD. Released in 1993, this classic side-scroller sees our titular hero setting out to save ‘Little Planet’ from the evil grasp of Dr. Robotnik all while saving everyone’s favourite stalker, Amy Rose, from Metal Sonic who also makes his debut appearance in this instalment. While Sonic CD doesn’t move an inch away from the classic, tried and tested side-scrolling gameplay that launched Sonic into mainstream popularity, it does introduce some new gameplay mechanics such as the time travelling system. Throughout Sonic CD, Sonic can actually travel between four different versions of the stage; The past, present, the ‘good’ future and the ‘bad’ future. While the default future for each stage is the ‘bad’ future, Sonic is able to ensure the zone’s future prosperity by travelling to the past and destroying the hidden ‘robot transporters’. It’s through this time travelling that Sonic must also thwart Robotnik’s evil plans, save the day and, albeit reluctantly, get the girl. Praised at the time for its high quality soundtrack and delightful graphics, Sonic CD still has so much charm today and provided most of the inspiration for Sonic Mania. 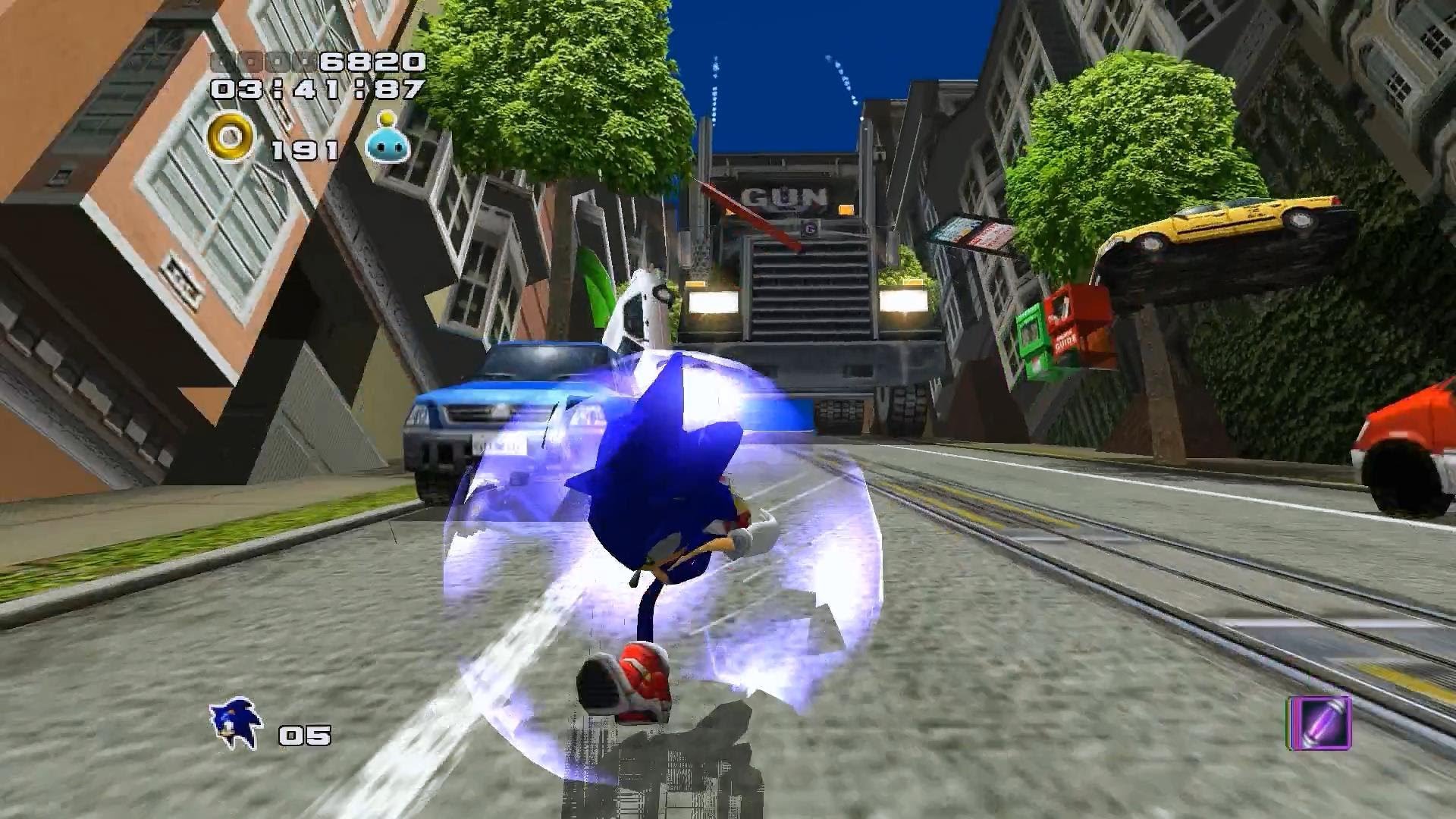 Next up is the first of our 3D Sonic games on this list, Sonic Adventure 2. Of course, the first Sonic Adventure is a great title as well, but 2 just manages to claim victory with its more enjoyable multiplayer and Chao garden. Sonic Adventure 2 also features a character debut with Shadow the Hedgehog making his first appearance as a playable character. Adventure 2 includes two parallel story-lines; one in which Sonic, Tails and Knuckles try to save the world, another wherein Shadow, Doctor Eggman and Rouge attempt to take over it. This variety of playable characters earned the title a lot of praise, alongside its soundtrack and visuals. Oh, and how could anyone forget that iconic first stage? Speeding through the city on a piece of debris (conveniently shaped like a snowboard), careening down steep inclines and launching yourself off ramps to reach ridiculous heights, not to mention air-time. It’s an unforgettably exciting stage to play and the perfect way to start off an adventure. It certainly stands the test of time. 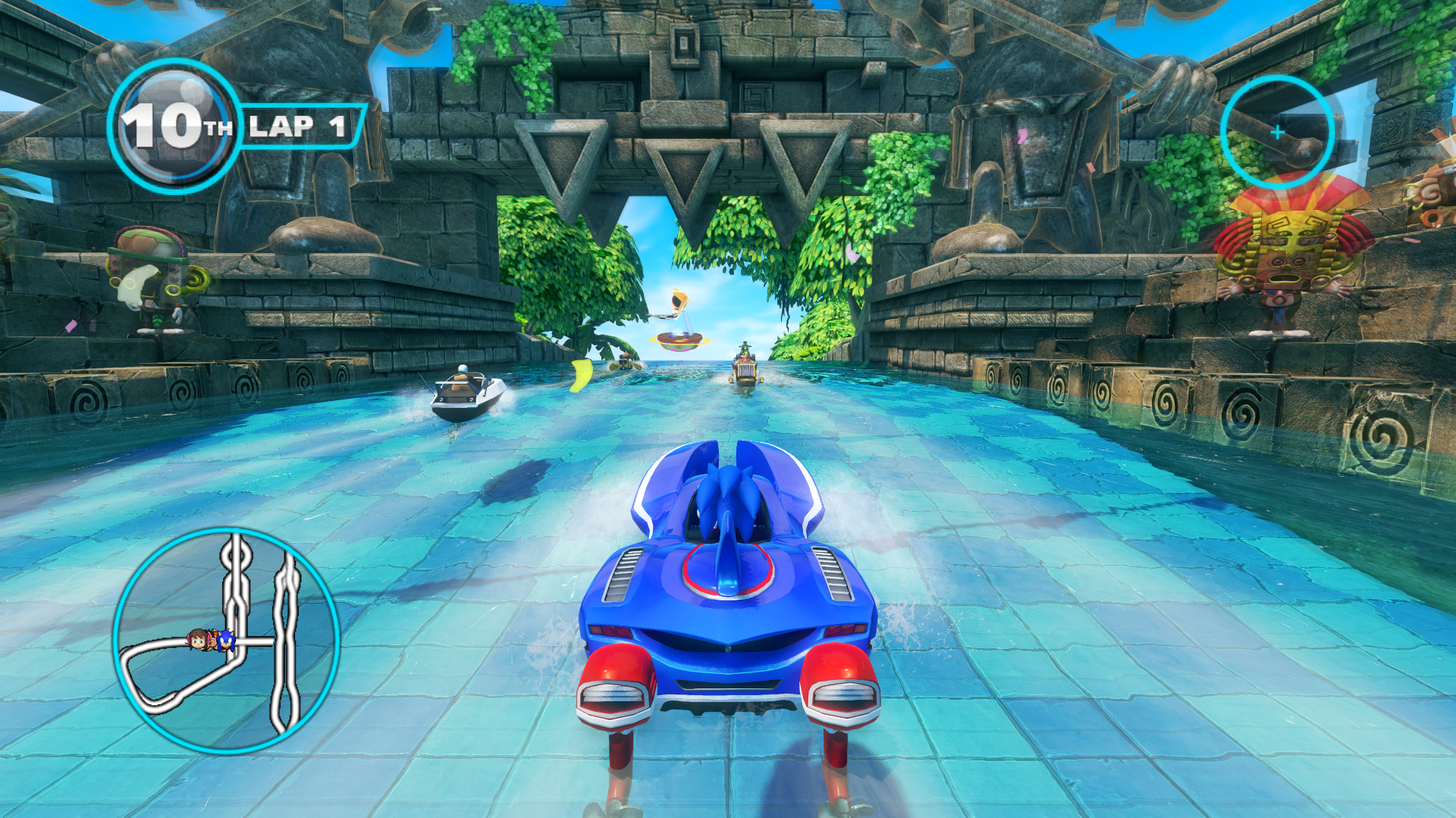 Now, hear me out with this one. By no means do I think that Sonic & All-Stars Racing Transformed is one of the greatest examples of a Sonic game or indeed a mascot racing game. It’s probably not one you expected to see on this list and one that many die-hard Sonic fans will berate me for. However, being the second entry in the crossover that is the Sonic/Sega all stars racing franchise, Sonic & All-Stars Racing Transformed feels as though it has put its best foot forward. It feels polished and refined. Although the roster of playable Sonic characters isn’t exactly extensive, it certainly passes as a nice bit of fan-service. It’s instantly accessible and the racing is kept interesting with the transforming vehicles. Sonic & All-Stars Racing Transformed is a title that definitely shouldn’t be overlooked for fans and new players alike. 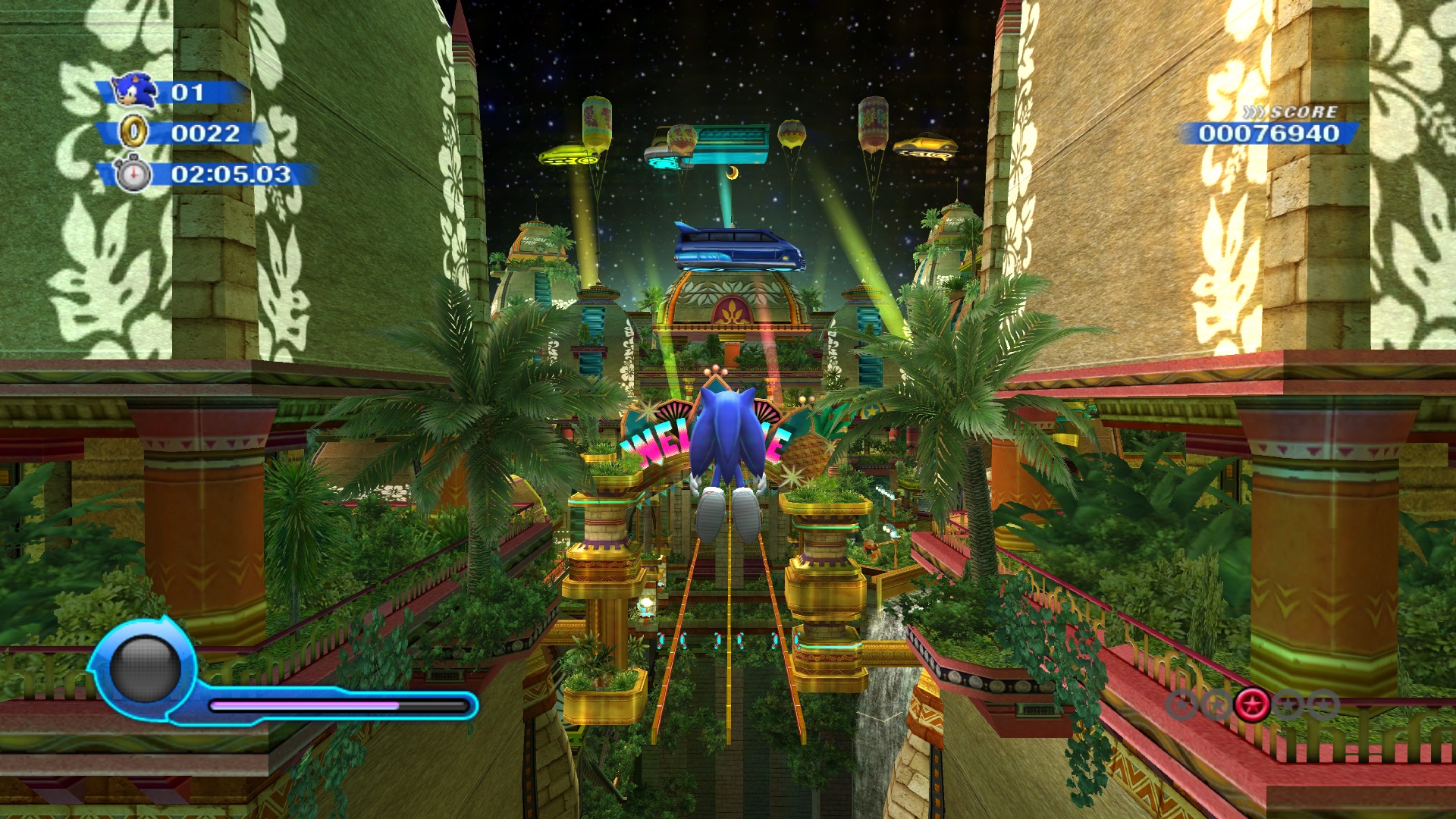 For our next title, we’ve got another solid ‘modern Sonic’ experience; Sonic Colors. Sega really kept their promise of rectifying previous mistakes in Sonic games for the Wii. Instead of becoming hung up on piecing together all the best parts of a Sonic game, the whole development process seems to have been more focused on just creating a good Sonic game while keeping the core ingredients intact. Colors is fast and precise. It marries the 2D and 3D gameplay sequences better than ever before. The introduction of the Wisps doesn’t slow down and complicate the gameplay, it actually fits in perfectly, providing a little more strategy and variety which is very refreshing. Taking all this fresh, delightfully functional gameplay and pairing it with a great soundtrack, vibrant locations and some decent voice acting gives us a great all-round Sonic experience that shouldn’t be missed. 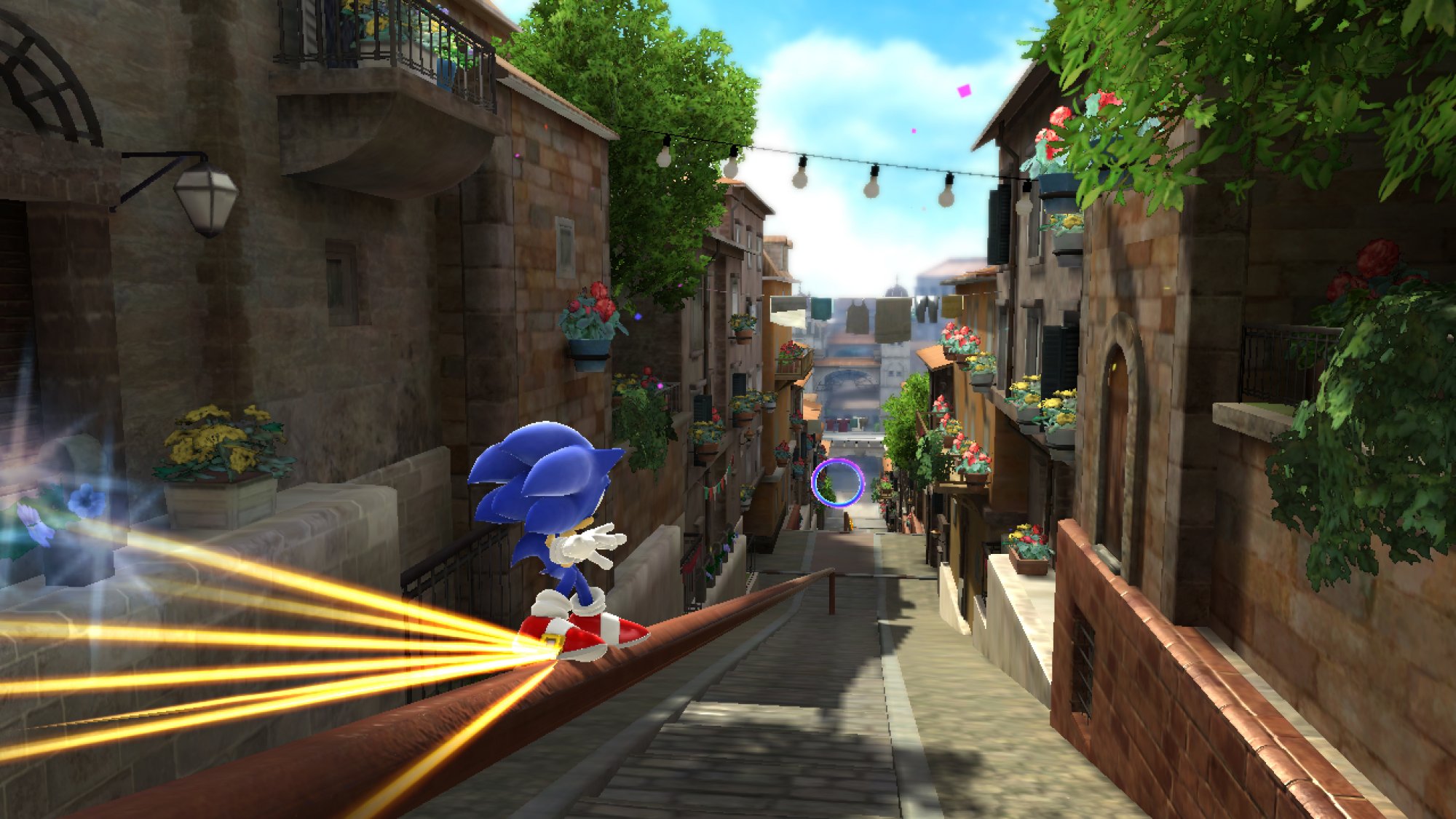