When it comes to cities, there’s nowhere more iconic than New York. As one of the most famous cities in the world, there’s always been an air of cinematic brilliance about the city that’s made it the centerpiece of countless gaming experiences. From the towering empire state building to the silent patriotism of the Statue of Liberty, New York is emblematic of the western world. The winding streets and the vast central park have made it an ideal location for open world games like GTA IV. Indeed, there’s no city that characterizes western civilization and development quite like New York. Below, we take a look at the best games set in New York. 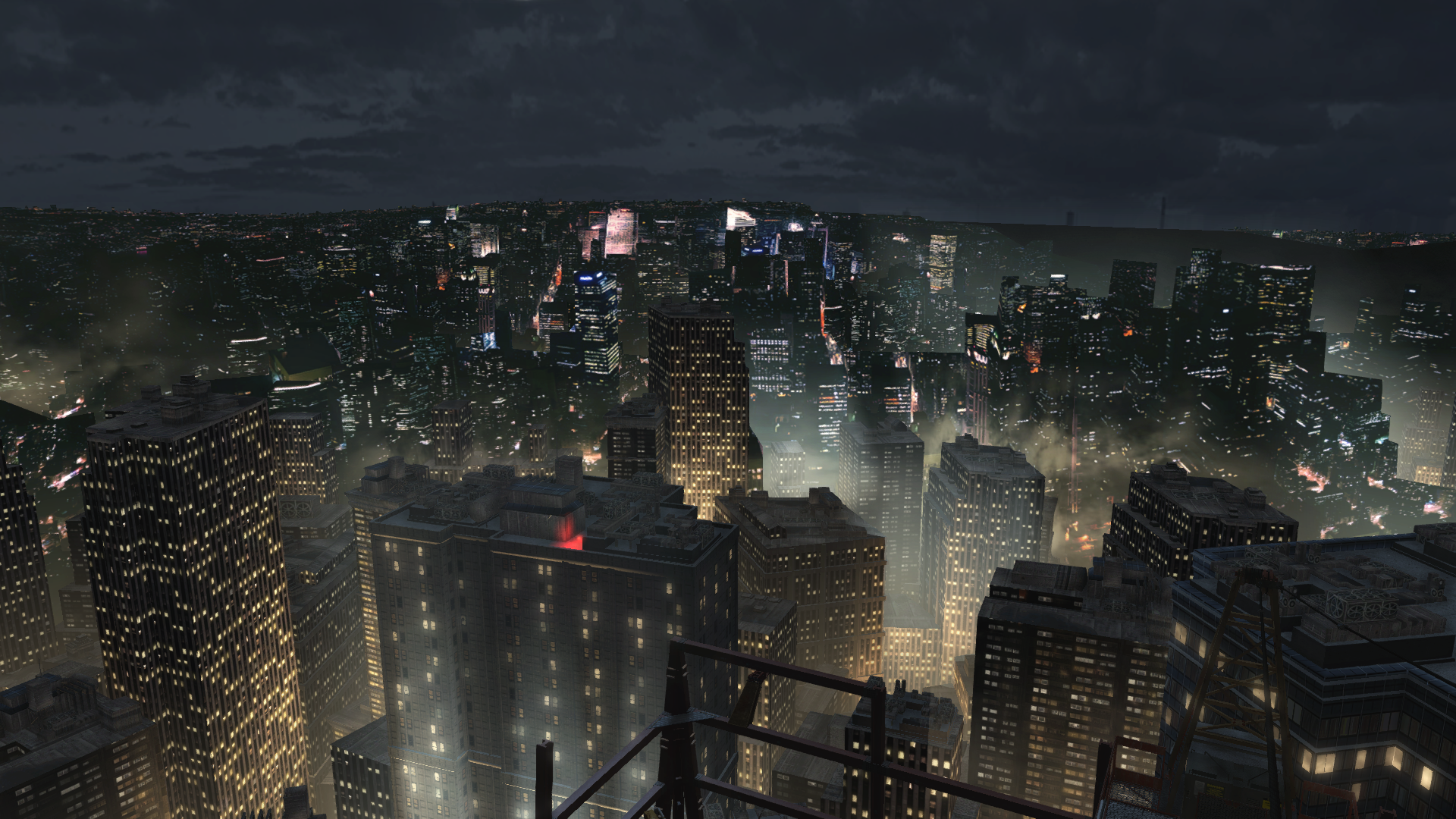 First on the list we have Assassin’s Creed 3, which see’s players take a trip to 1770s New York, for some historical mischief. From the beginning you’ll be travelling New York under the British occupation, and you’ll be thrown into the deep end of this open-world extravaganza, climbing from rooftop to rooftop to evade your enemies below. When your not climbing the roof tops of New York you can take up the American flag and wage war on the Redcoats. A historical foray into New York offers a unique take on the city that isn’t replicated by modern New York. Walking the streets of Assassin’s Creed 3, you’ll feel like you’ve been transported back in time. 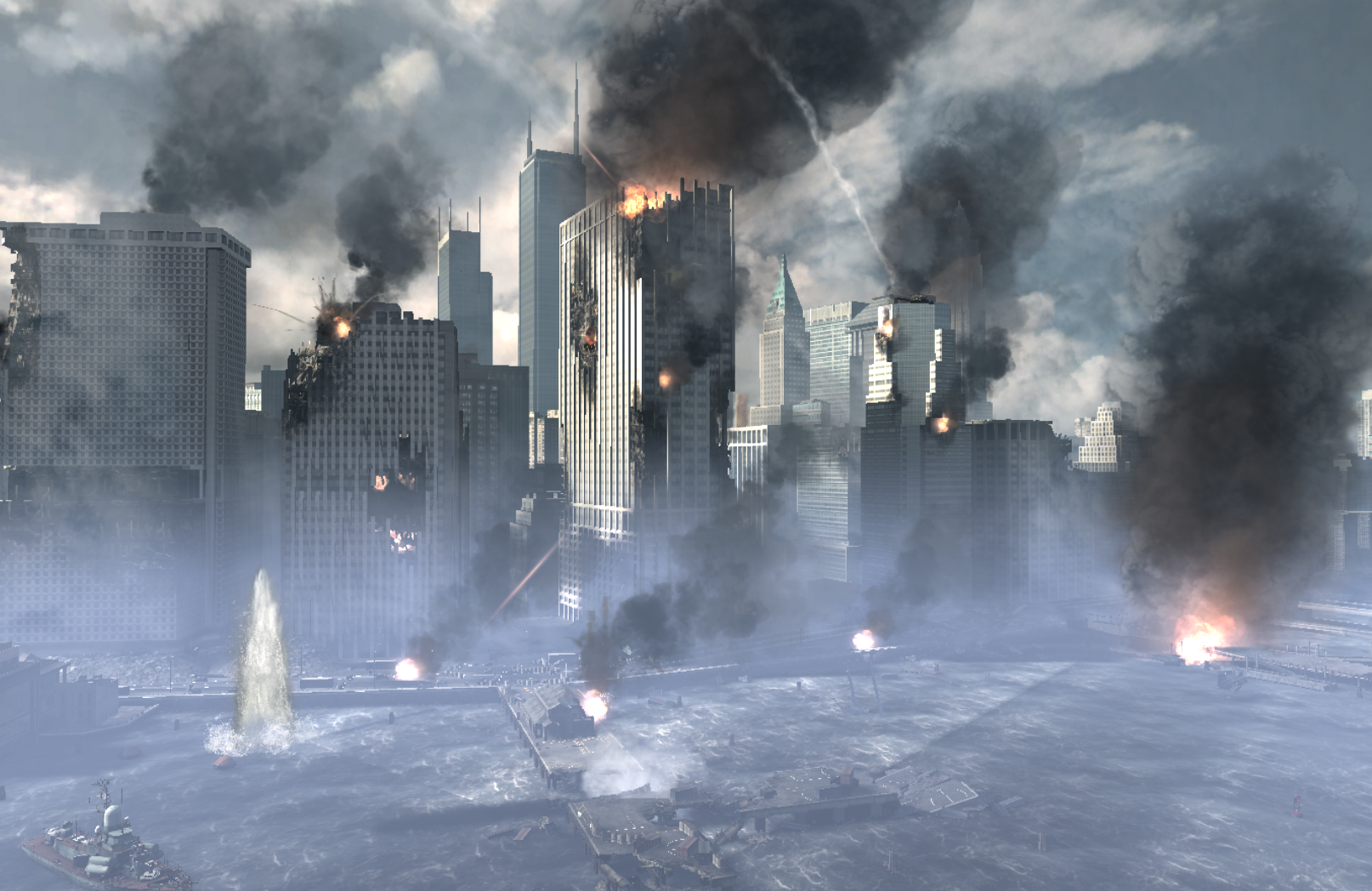 For those addicted to disaster depictions of New York will love Modern Warfare 3’s gritty depiction of the city. At one point or another we’ve always wondered what New York would look like if it was turned into a warzone, well with MW3, you’ll find out in vivid detail! In MW3, New York is crumbling under an ultranationalist Russian invasion, as you try to clamber your way from cover to cover to push back the invaders. As you fight through the city streets you can’t help but wonder about the Americans that use to live and work here. Infinity Ward’s representation makes you feel like you’ve step into a bleak and dangerous world.

As perhaps one of the most critically acclaimed games of all time, Metal Gear Solid 2 was an absolute masterpiece of stealth and cinematic brilliance. What better place to set the finale of such a game than New York? Gaming veterans will remember the dramatic climax of Metal Gear Solid 2, where your arch nemesis Solidus Snake, crashes the colossal Arsenal Gear machine into New York. The combination of the original score and the falling debris are a particular highlight. In the final battle, you’ll be locked into a vicious duel with Solidus Snake on top of Federall Hall. However, it’s not just the finale that makes use of the historic city. At the beginning of the game, you’ll make a jump from George Washington Bridge in pursuit of a tanker hiding the metal gear weapon system. The line, ‘I was in the Hudson River, two years ago’ will be burned in your mind. 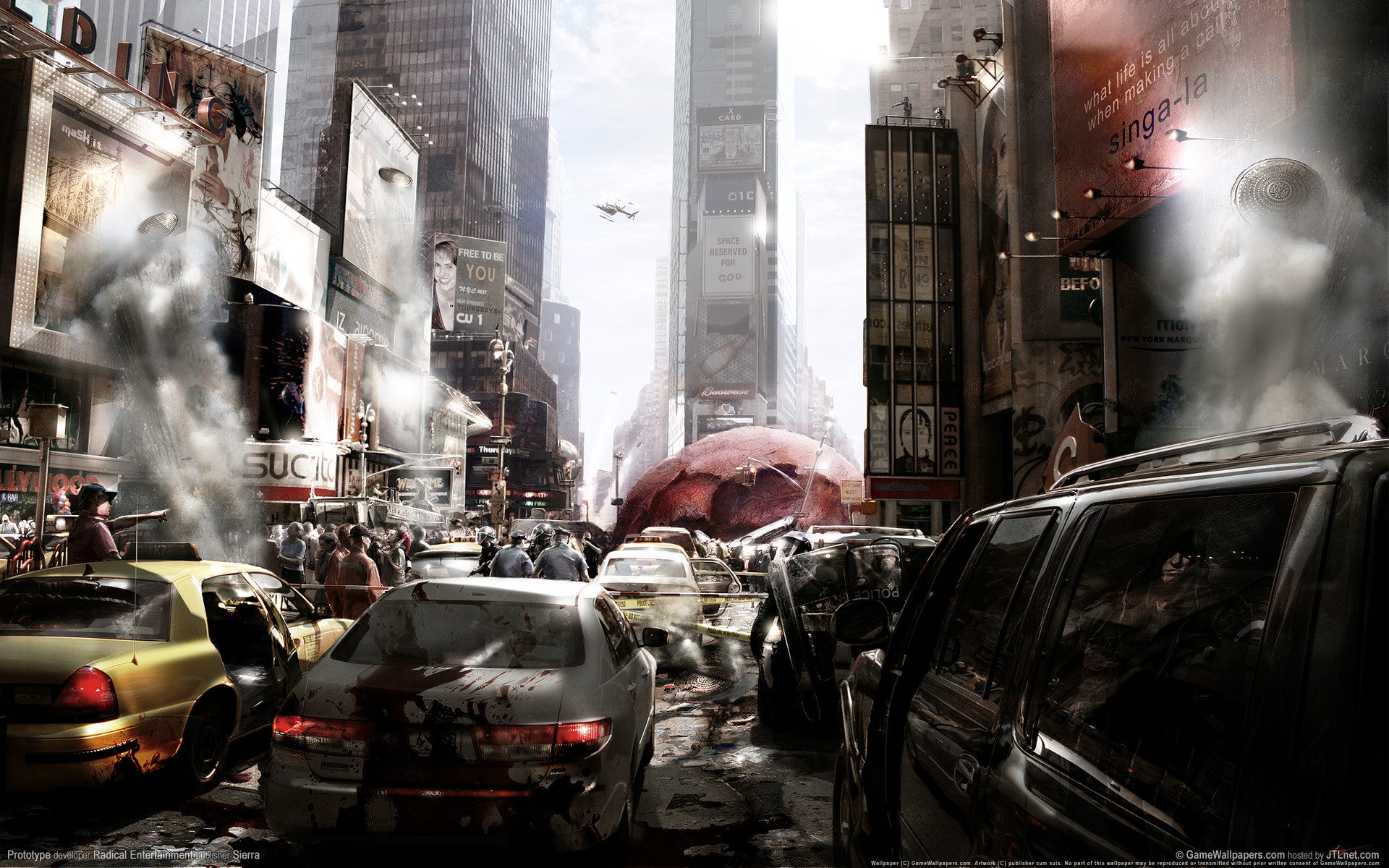 Prototype is the only full-scale replica of New York City on our list, and it has an aura all of its own. You’ll play as Alex Mercer, a US citizens with extraordinary powers you’ll use to pummel an army of mutants into the ground (and walls) of the city. You’ll be able to tear from skyscraper to skyscraper before crashing down into the floor and blowing your enemies away. The mutant plague can be seen getting worse throughout the game, as more and more citizens become unruly, and the growth on buildings increases. From the Empire State Building to central park you’ll be able to protect the home of the free. 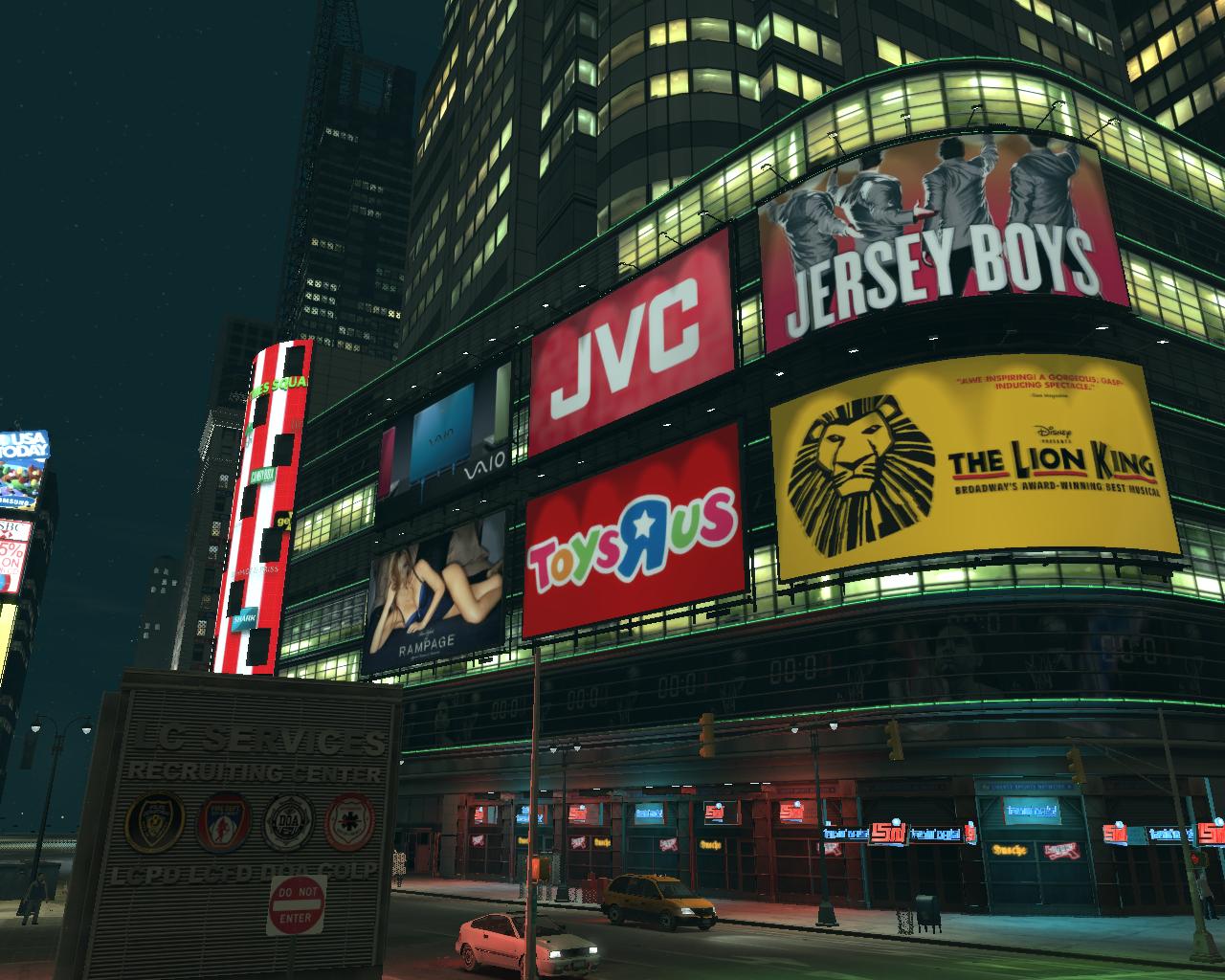 GTA IV is perhaps the best game to feature New York in gaming history. This definitive title allowed players to roam freely around New York City. It may not have been a full-scale replica, but that didn’t break the feeling of driving through Times Square at the height of rush hour. Liberty City captured the essence of New York, from the gritty inner city communities, to the glitz and glamour of the more cosmopolitan regions. The diversity of communities present in the game is an impressive touch that helps to bring the game to life. Adventurous players need to go and check out the statue of liberty, as with a little bit of innovation (I.e. a helicopter) you can go inside the statue to see a massive heart. 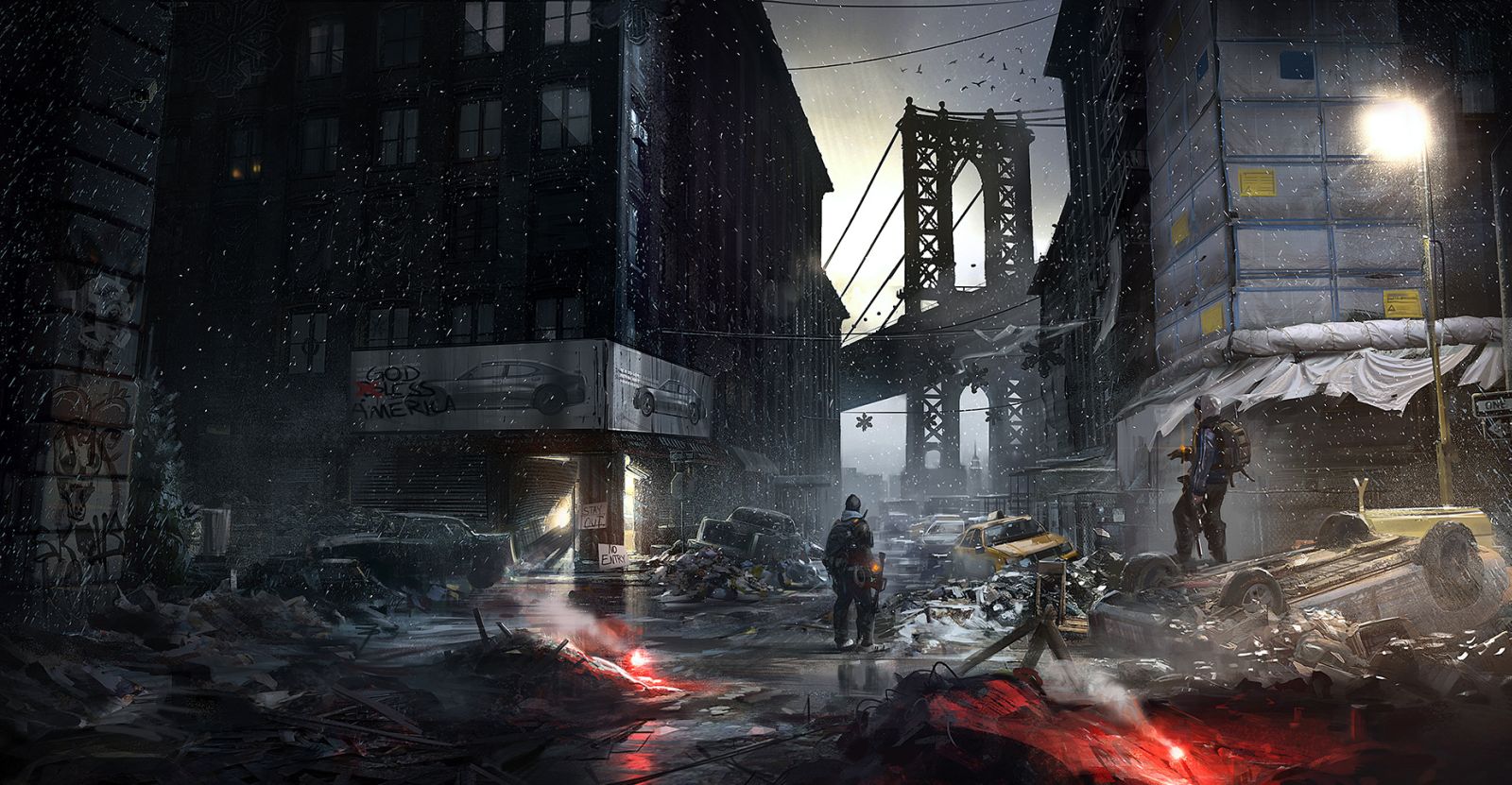 Released in 2016, this title from Ubisoft brings to life a New York city that has recently faced a terrible scenario, which quickly turns the festive spirit into a horrifying epidemic. Bank notes laced with a virus quickly spread causing widespread chaos. Given the season, the environment is created with Christmas decorations and a snowy setting – it all looks visually brilliant. The highly detailed buildings deliver a realistic apocalyptic New York, even people who live in the city state that they are impressed with just how accurate the game is environment. You’ll struggle to fine a game that combines a real-life location with decent gameplay.

If you enjoyed this editorial, you might also enjoy reading about the best games set in London – another awesome location. Be sure you leave your favourite games set in NYC below in the comments.