Everyone’s mileage with Yu-Gi-Oh! will vary. For some, it was an essential ritual, a part of growing up. Many of us sat open-mouthed before the TV either before or after school, staring as the drama unfolded and watching the beautifully-animated cards come to life right before our eyes. Others let the whole YGO! phenomenon pass them by. Some of us here are dedicated Pokemon folks, while others have fonder memories of Digimon or Dragonball Z.

If you’re in the former camp, you’re probably the target audience for Konami and Other Ocean’s Yu-Gi-Oh! Legacy of the Duelist. This game was originally released for

PlayStation 4 and Xbox One way back in the mists of 2015, with a PC port following in late 2016. YGO! fans have had some time to get to grips with it in the intervening years, but Nintendo lovers have been left out until now. The Switch is a considerably more popular console than the Wii U, so ports must inevitably follow.

Yu-Gi-Oh! Legacy of the Duelist: Link Dimension is just that: an enhanced port of the original Legacy of the Duelist for the Nintendo Switch. Obviously, that brings with it the benefit of portability; you can now take your massive card collection anywhere and challenge opponents with it while you’re traveling. If you’re more of a homebody, the Switch version still allows you to dock the game and play it on your TV (unless you’re playing on a Switch Lite, of course).

It’s no exaggeration to say that Yu-Gi-Oh! Legacy of the Duelist: Link Dimension represents the definitive YGO! package for the discerning fan. Everything you could possibly want from a YGO! game is right here. The amount of content on offer is frankly embarrassing, and while it won’t persuade those who aren’t au fait with the anime or the manga on which it’s based, it should be an essential purchase for anyone who loved Yugi’s adventures growing up.

If you aren’t familiar with the central premise of Yu-Gi-Oh!, it’s effectively a collectible trading card game in which two players face off against one another using a series of monster cards. It’s not quite Magic: The Gathering or the Pokemon trading card game, but we’re in the same wheelhouse. Using a combination of powerful monsters, trap cards, and spell cards, the aim is to overwhelm your opponent and defeat all of their deck’s creatures. 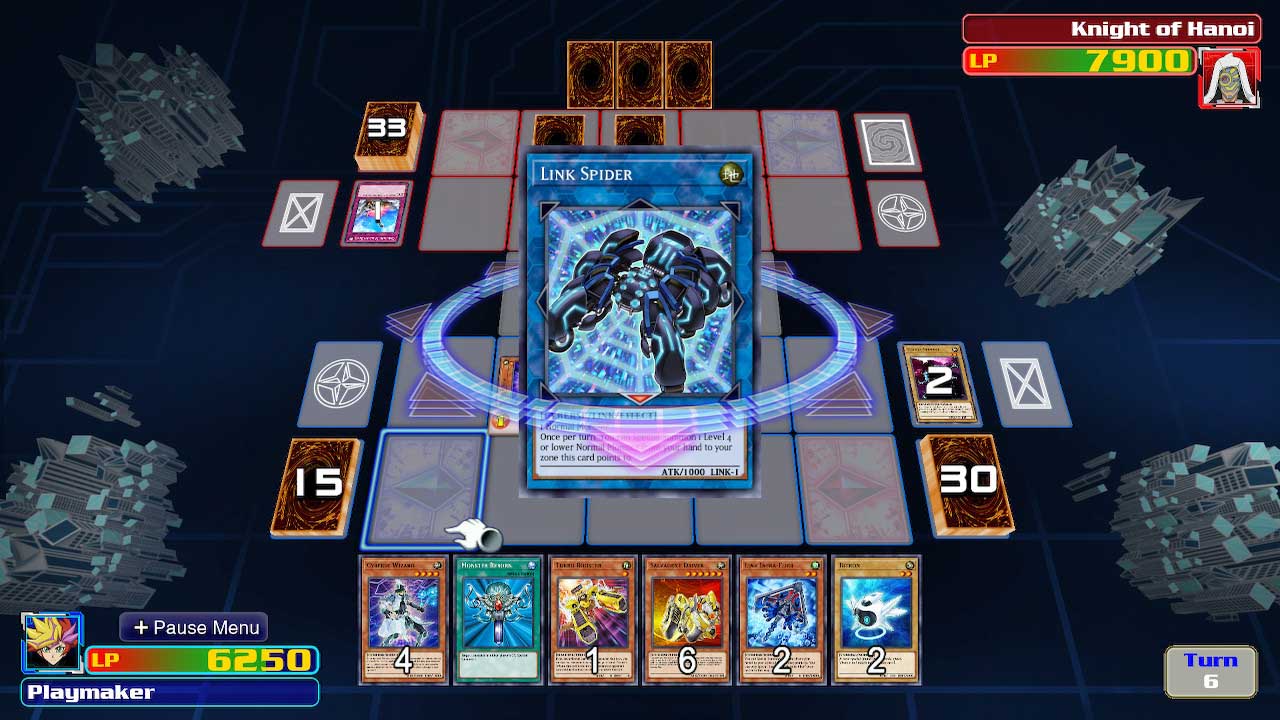 We’re up to six animated YGO! series, so you aren’t expected to know exactly what’s going on in the plot. Helpfully, Legacy of the Duelist: Link Dimension does its very best to get unfamiliar players up to speed, but the game isn’t interested in anyone except existing fans. That’s fine; it’s alright for games to have a specific demographic in mind, and I wouldn’t want to take the experience away from those who want it. This kind of game was never going to appeal to anyone but the core fanbase.

For those who do like it, there’s an insane amount of stuff to do. All of the major YGO! series are represented here, including 2017’s Yu-Gi-Oh! VRAINS. The single-player campaign takes you through a hall of fame featuring iconic battles from the series, including the Ultimate Great Moth fight, the Harpie Lady battle, and many others. Whether you’re still with the series or you left it behind back in the early 2000s, Link Evolution has something for you. 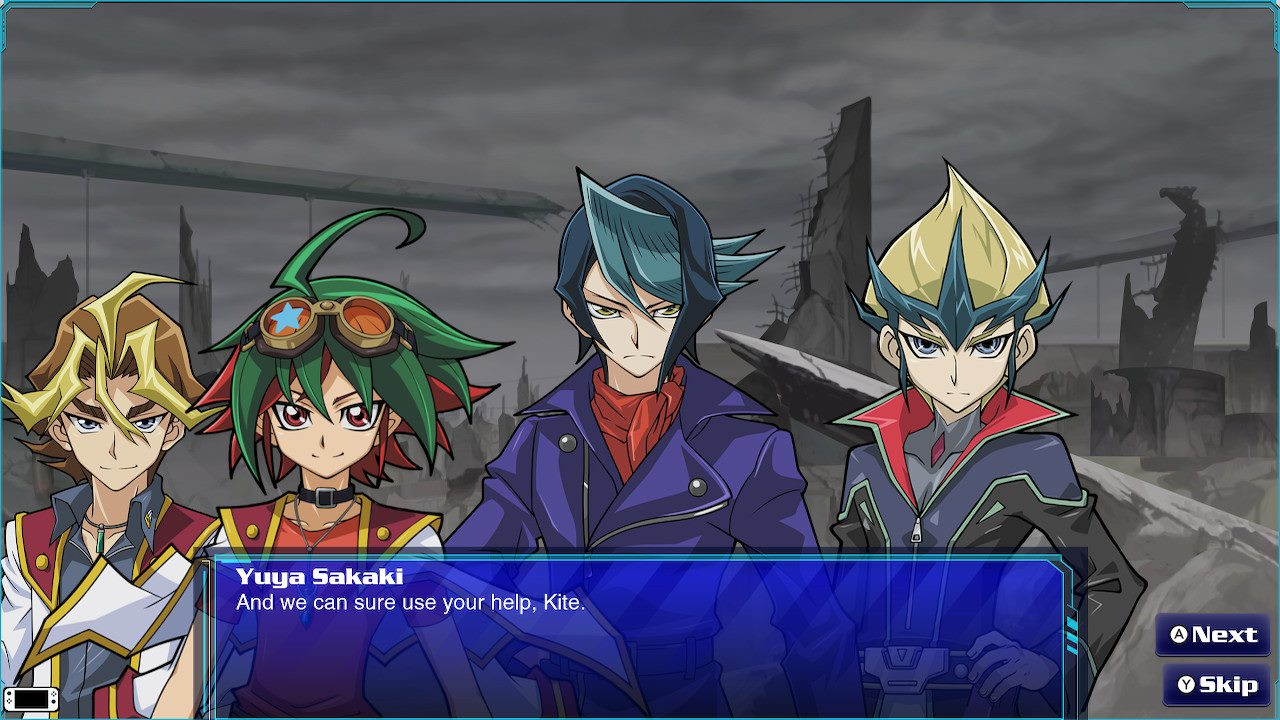 The game features a staggering 9,000 cards, up a thousand from its original total. This is thanks to the inclusion of the new Link Monster cards, which alter existing monsters in interesting and creative ways. If you’ve played the original Legacy of the Duelist, there’s nothing in the new cards that will completely revamp play, but if you’re a competitive buff or you can’t get enough Yu-Gi-Oh! then they’re a fun addition that changes the game just enough to make it feel fresher.

If you’re into your multiplayer, there’s a lot here to love. The game offers the standard ranked and draft modes for players who just want to take their deck into a game, but there’s also a sealed play mode if you want to leave your card choice up to fate. Obviously, the deck editing feature in Legacy of the Duelist: Link Evolution is completely insane and will take up the majority of an obsessive’s time. It’s nice that there’s stuff here for casual YGO! fans, but as with the rest of the game, non-aficionados need not apply. 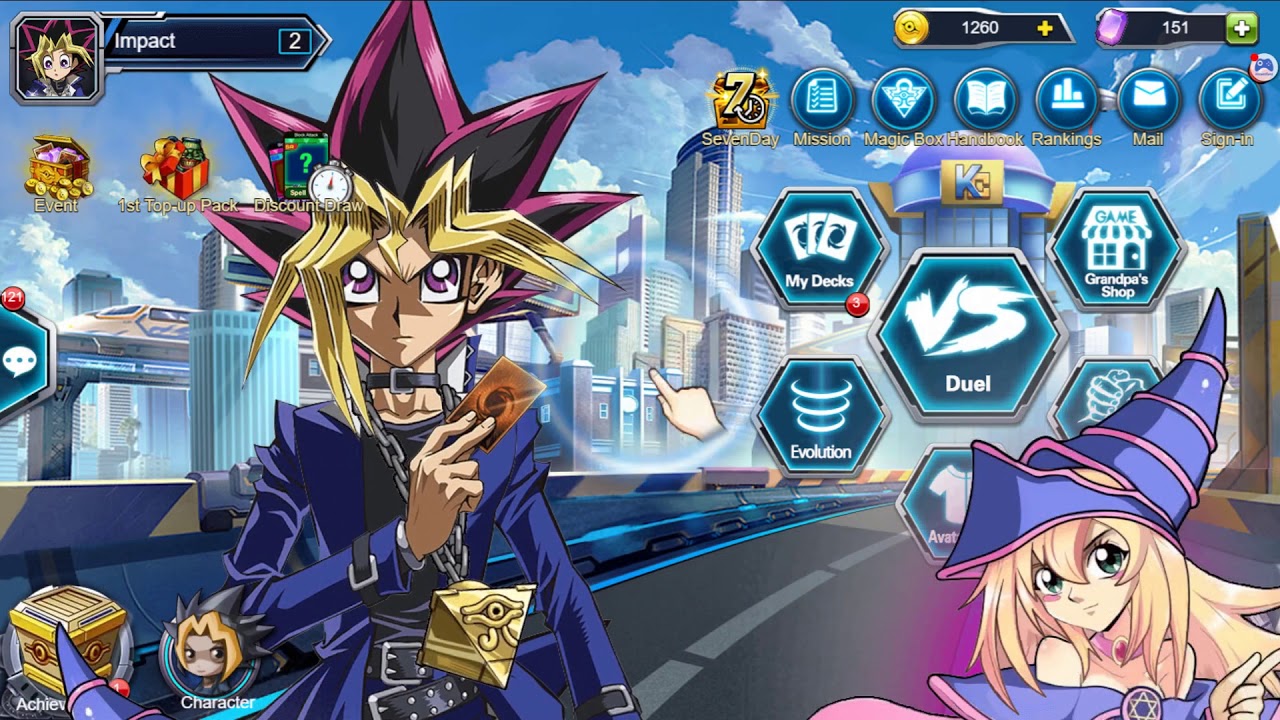 The Switch is the perfect home for Yu-Gi-Oh! Legacy of the Duelist: Link Evolution. The portability of the console means you can easily pick it up for a quick 15 or 20-minute session if you want, but there’s enough depth and complexity on offer here for a serious gaming marathon too. With robust multiplayer modes, a raft of new and exciting cards, and beautiful visuals, Yu-Gi-Oh! Legacy of the Duelist: Link Evolution should keep YGO! fans happy for many a moon to come.