Will League Of Legends Stay Relevant In The Next 10 Years?

League of Legends began as a project of an indie game company, Riot Games, and was launched in October 2009. If Marc Merrill and Brandon Beck, the names behind the company, actually predicted the level of success the game was going to have, is yet to be answered. But one thing is for sure: this year, League of Legends hits its 10-year anniversary, and the stakes are higher than ever before.

League of Legends took inspiration from Asian video games, but the creators thought it was unfair to create a game where you can buy additional features that would help you win. Instead, they created a free-to-play game but did sell upgrades that would alter the character’s appearance, to offer a more personalized experience for users.

In their 10 years of activity, the game has evolved a lot, adding new champions and other features that would retain the players’ interest, and they did succeed. LoL has long-stopped being just a game but has rather become a billion-dollar industry. World championships, partnerships with huge brands and an upcoming animated series are amongst the things that make us wonder: will our kids be playing League of Legends 10 years from now? 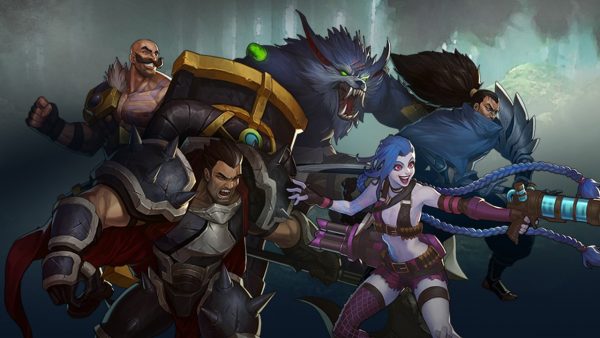 When LoL launched in 2009, there were only 40 champions released and only one server in North America. Two more servers were launched in 2010, along with the game’s first season, which brought a more competitive edge to players. This was the time for teams to make a name for themselves.

The first champion team was announced at the end of the season, and on December 2011, the Korean server was launched. This led to the appearance of a new generation of professional League of Legends players, who would start competing like never before. New features and champions were added periodically, along with champion skins and boosts that can be bought with Riot Points. The game’s main idea was kept intact, as Riot Points could not be used to directly affect the gameplay.

In just a few years, the game took on to be a worldwide phenomenon and an entire industry. Fans were putting time, money and a lot of effort, not only into playing the game but also into supporting their favorite team. Names such as CoreJJ, Wunder, Tarzan, Rookie, and Faker need no introduction, as the players behind them runt the most popular LoL accounts in history.

What made League of Legends become so popular as a competitive e-sport in its early years, was the fact that there was little to no direct competition. The only game that occasionally battled with LoL was CS: GO, but the famous shooting game never won as much popularity in Asia, as League of Legends did. Additionally, CS: GO did not bring anything particularly new to the table, the same way LoL did.

However, there came another game that revolutionized the e-sport scene just as much as LoL did: Playerunknown’s Battlegrounds, which became the most viewed game on Twitch. Other games, such as Fortnite and, most recently, Apex Legends, battled for the throne and sparked the question: is LoL decreasing in popularity?

It is only natural that a game launched 10 years ago would slowly lose some of its player base, but League of Legends is nowhere near extinction. The player base revolves around 80 to 100 million monthly players, making it still one of the most popular online games out there. In fact, the game’s 2018 World Championship gathered over 205 million concurrent viewers, surpassing even the NBA finals and any other gaming tournament.

What will the future bring?

The LoL universe does not stop here. In recent announcements, the company vows to stay true to their roots, claiming their games are not designed for casual players, but rather for those who view it as a life-long commitment. They target people who are just as dedicated to the game, as the Riot team is. Those who play the game, invest in it and take the time to even cosplay it.

Now, after 10 years, Riot Games has lots of plans for the future. All of those plans are meant to do one thing: to keep the League of Legends universe alive. A console and mobile version of the game, called Wild Rift, is planned to be fully launched by the end of 2020. 40 of the most popular champions will be available for play, and the company still maintains its free-to-play concept. Just like in League of Legends, players can purchase skins and other non-game-altering features.

Alongside Wild Rifts, the company has also launched a card game, called Legends of Runeterra, which has gained many great reviews. Despite many players comparing riot’s decision to launch a card game to the same move Blizzard made when they launched Hearthstone, the game aims to solve many issues that digital card game players seemed to complain about.

Now, the team at Riot Games has three new projects in the making: a shooting game titled Project A, a fighting game titled Project L and another mysterious project that no one seems to know anything about, titled Project F. Although there is very little information about Riot’s upcoming projects, they are much expected by fans and the company looks to attract even a larger number of players, by infiltrating themselves into each major category of video games.

Although nobody knows for sure if League of Legends as we know it will continue to carry on for another decade, the masterminds at Riot Games sure know how to keep their fans interested. By launching so many new projects, all seeming to be a part of the same universe, even if the original game will slowly fade away, life will continue to evolve on the planet of Runeterra. And, with all this in mind, it would come as no surprise if, years from now, our kids would ask for stories about the time LoL only had 40 champions and lost of promising plans.

November is historically a great time for gamers, and this November is no different. If you love games, you’ve got some treats to look...
Read more
News

The success of Slime Rancher 2 has far exceeded expectations for indie studio Monomi Park with an incredible 100,000 sales within the first 24...
Read more
News

The FIFA series is a venerable gaming institution. It stretches all the way back to 1993, when the original FIFA International Soccer was released....
Read more