Video Games and Their Affect on People

If you’ve been into games for any amount of time you’ve probably heard statements like, “Video Games Cause Violence” and if you’re anything like me statements like that really get your blood boiling.  This is brought up almost as often as the debate over guns and though that topic is a discussion of its own I do want to look at what sort of impact video games do have on people.  Let it be noted this is, for the most part, an opinion piece.  Everything written is based on experiences I’ve either had myself or seen others go through.  This article is factual but still everything should be taken with a grain of salt and I highly recommend you look for yourself into studies done by doctors on the positive and negative affects they claim games have on people.  So let’s get to it. 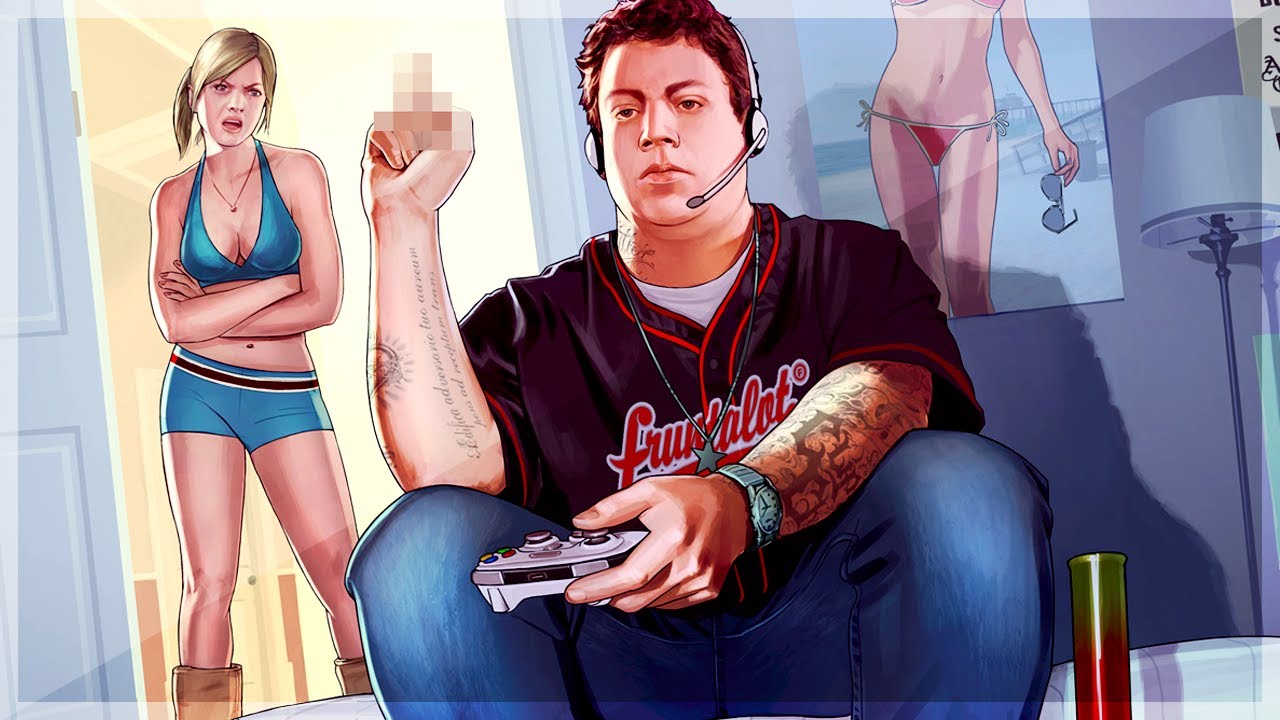 Let’s get straight to the main issue people with little experience with games have.  The claim that video games cause violence.  Do they?  I would say not really, but that’s where the issue lies.  I can only say they don’t really cause violence, not a straightforward no.  So why is that?

I’ve played video games, I still do, so I know I’ve gotten mad at them before.  I know I’ve yelled the all too familiar gamer shout, “This is bull crap!”  at a game.  Perhaps with more expletive words than that.  I remember as a kid snapping on my parents if they tried to pull me away from a game while I was at a part I really, really needed to beat.  In that regard I have acted violently while playing a videogame, but I acted in a way I would with any stressful situation.  If I would have ruined my progress with something outside of video games I would show just as much anger.

However I have never played a game like Grand Theft Auto and thought, “Hey shooting people is fun, I should do that in real life.”  It’s just not how the mind reacts to video games.  Just like movies they are a form of entertainment.  There are  violent and nonviolent games, just like there are violent and nonviolent movies.  Neither of which cause people to become psychotic.  So the question shouldn’t be, “Do games cause violence?”  Because they can just as any stressful situation can.  The question people are really asking are, “Do they cause psychotic behavior?” and the answer is no.

I have little brothers who more often than not, will refuse to do their homework.  Now at first this just seems lazy and like they just don’t want to try and use their brains, but that isn’t the case I’ve discovered.  I’ve seen them playing Minecraft and come up with extraordinary contraptions where they try to figure out the physics of the game and create devices capable launching them in the air like cannons, or how to create building material and then have machines push the blocks into place and build things.  None of that is simple and requires hours of studying and figuring out how to make things work in the way they want them to.

I’ve seen them behave this way in a few games and they learn some pretty creative things.  So the question is, why will they go through all that trouble to learn in a videogame but they won’t do their homework?  I believe it is because people, especially kids, like to see something result from their efforts and homework doesn’t provide that.  You answer some questions and all you get is a sheet of paper with some scribbles on it.  One which you give to the teacher a day later and they add more scribbles (your grade) to it.  In a game they could do just as much work and try just as hard to learn, but then they get to see each other get blasted into the air by a water cannon!  So I can’t blame them because if I had a choice between a paper with scribbles on it and a water cannon, I’m going to go with the water cannon.

Recently I was playing a game called Ark, a survival game with dinosaurs which you can read about here.  Which I’ve had a lot of fun with despite the stressful situations an early access game can provide and I believe the reason why a game like Ark is so enjoyable is not just because it’s a fun game but because it allows you to express yourself in a way.  You could be someone who travels the world going on crazy adventures, you could be a warlord, or you could be a traveling salesman buying and selling goods to other players.  You can be whoever you want to be and you can do it in a way that is difficult to do in real life.

One of my favorite genres are RPGs and I believe what separates the good and the bad ones, and this is true for more than just RPGs, is the characters and how much you can relate to them.  Characters that when they behave in a believable way, can change your outlook on life.  I’ve only known a few homosexual or bisexual people in my life and through them I learned more about what it’s like to be like them, but I was never close enough to any of them to really get to know them and truly know what it was like to feel the way they did.  With games like Dragon Age: Inquisition or Gone Home, I’ve had the chance to get to know characters that are that way and really get to know their stories in a way I wasn’t able to in my life outside of video games.

Video games have allowed me, a hetereosexual, white, male; the chance to see what it is like to be someone who has a different skin color, or grew up in a different culture, or loved someone of the same gender, and to be treated differently because of those things.  Books and movies help you relate to people too but it’s usually in a way you can’t control.  You can’t decide how the main character behaves or what to say or do with the side characters.  In a videogame that’s all up to you and you can learn so much about people because of that.

Video games have had a major impact on my life and though some of it may be bad those situations are usually short lived and not a direct result of the games I’ve played but the way I behave. Mostly though video games have benefited me in a way very little else has and for that I am grateful.  It’s why I hope to one day be able to do the same for others as developers have done for me. It’s my dream to take dreams and make them as tangible as they can be.  But that’s just me.

What do you think?  Have games had an impact on your life and in what way?  Let us know in the comments below and be sure to stick with GamerBolt for all your gaming news, reviews, and more!