Papo & Yo Review: Worth a Play

Papo & Yo is a game by the independent studio Minority Media.  The story follows a boy named Quico who hides away from his drunk and abusive father in an imaginary puzzle world in which he tries to guide both himself and his friend monster to a better place.  Using Quico’s imagination you must solve puzzles with the aide of his friends including a giant monster and a robot toy. 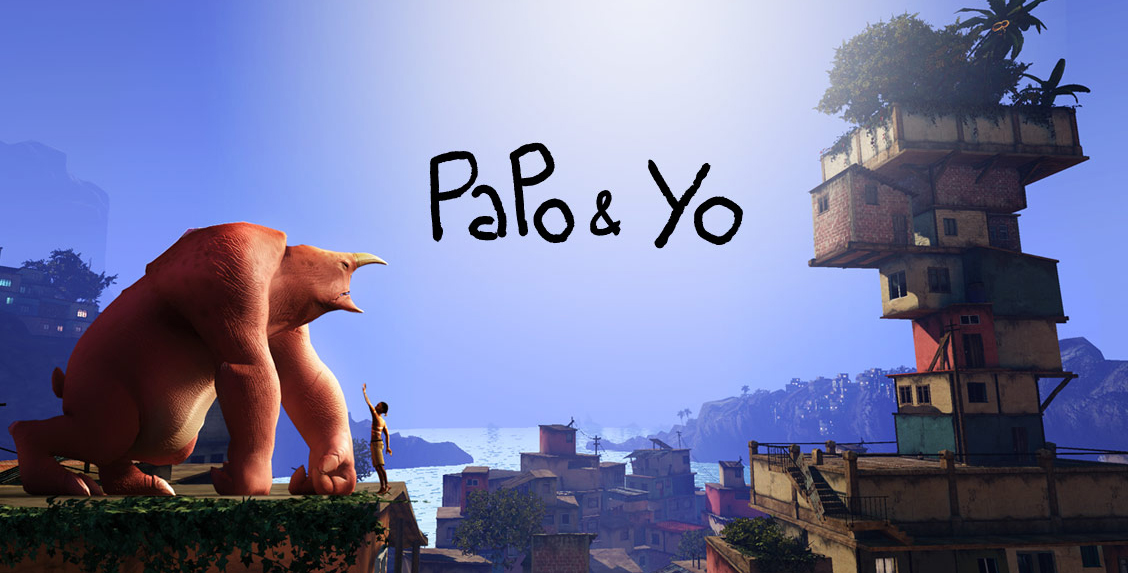 Papo & Yo is a 3D puzzle game and as such a lot of the puzzles are solved by grabbing and dragging objects around but more often than not the team at Minority Inc. finds interesting ways to make the puzzles appear aesthetically.  This is thanks to the imagination factor which shows a familiar backdrop of Brazilian slums with the unfamiliar presentation that is through the eyes of a young boy.  At first you begin the game alone and the puzzles are solved rather simply by moving objects.  However you soon find a little robot toy, who thanks to the boy’s imagination, is alive and able to fly with his built in jetpack.  Not too long after that you find the focus point of most of the puzzles in the game.  Your friend monster who is very large and can be used to slam into objects or hop across his stomach once he is asleep.

Entertained by Puzzles, Intrigued by Story

Papo & Yo isn’t a game that is hard to solve and most of the time the puzzles are just challenging enough to keep you playing for the couple hours of entertainment this game provides.  However during my time I wasn’t so much interested in solving the puzzles as I was about finding out the meaning behind all these things and creatures the boy imagined.  For example the large monster that Quico sees as his friend even though he can easily get angry and hurt Quico, is how Quico sees his father.  There are quite a few cases like this throughout the game and some are left for you to interpret and some are made very clear later on in the game.  It’s an interesting way to make game mechanics that seemed random and pointless ways to solve puzzles were actually important people or objects in Quico’s life.

Similar to many of the short but fun to play puzzle games out there, Papo & Yo is one that may have flown under many people’s radar.  The puzzles may not be as challenging as those in Brothers: A Tale of Two Sons and the story may not be as mind bending as The Stanley Parable but it is certainly a game worth checking out if only to expand your sympathetic horizons to those who live lives like Quico’s.