The all-time famous archaeologist and explorer has joined into the fray of Ubisoft’s fighting game, Brawlhalla. 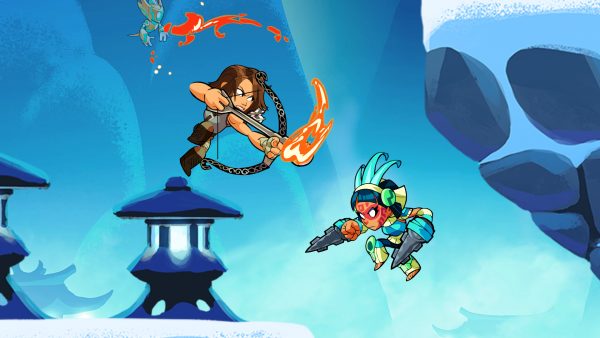 Tomb Raider’s Lara Croft joins the Brawlhalla roster with an Epic Crossover in this new update, which features Lara Croft (insane, right?), custom Signature effects, a dedicated Roster spot and an additional Skin, called Survivor Lara Croft, that has its own unique Weapon Skins and lock-in animation. Patch 3.57 also brings more additions to the game, some temporary, some permanent, like a new animated podium (which grants KOs if you solve its mysteries.. sounds scary), a new game mode called Temple Climb, a new FFA map called Temple Ruins and a lot more in-game goodies. Lara Croft will be mirroring Diana‘s abilities (with the weapons being bow and blasters), and will remain in Brawlhalla’s roster even after the event ends. 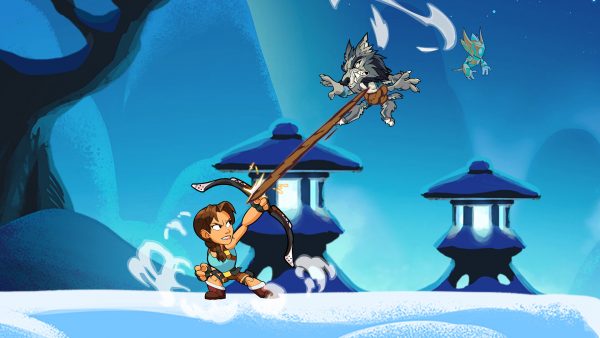 Patch 3.57 also brings some new adjustments to the Cannon Update and Soft Platforms (like dropping easier from a Soft Platform after dashing) which you are able to experiment with if you queue up for the Experimental queue or playing in a custom lobby. Aside from these changes, this update also brings a handful of nice bugfixes and also shuffled the rotation for the free-to-play Legends of this week, which are: Thatch, Yumiko, Ulgrim, Sentinel, Isaiah, Fait, Val and Brynn.

If you are interested in reading the details of this update or just want to watch the crossover trailer, you can do so by clicking here.