Pearl Abyss‘ successful MMORPG to be lots more successful on the consoles, at a very soon date, so make sure you have some spare space on your consoles for the next update.

These incredible news that Pearl Abyss announced come exactly one year after Black Desert Online’s Xbox One release. The company gave out plenty of details already for this big change and they also announced the date of which this is gonna happen, which is March 4, 2020. There hasn’t been any word from Pearl Abyss yet regarding PC users joining the crossplay, and this is because the PC version of the game is way ahead in terms of updates from the consoles. 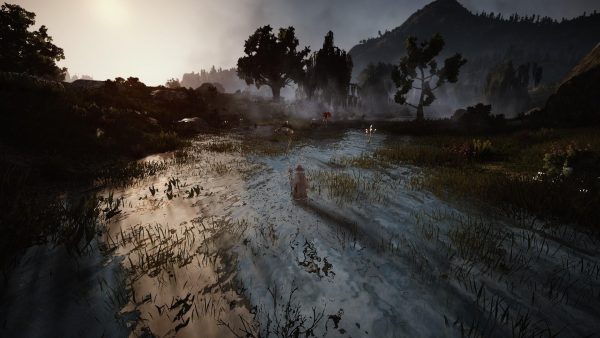 Let’s talk about a tiny nuisance first that is gonna happen because of this server merge. Because players have been playing on Black Desert Online on independent servers per platform, there will surely be some family names which will be the same when the server merge will happen, but Pearl Abyss has already taken care of this issue as stated by their official announcement on the game’s website (indirectly, but an efficient solution), by giving players affected by this, free name change vouchers. Besides this though, looking on the (very) bright side of this, crossplay on Black Desert Online will give the ability for Xbox One and PlayStation 4 players to connect and play with each other seamlessly, join the same guilds, use the same markets and have access to the same content. The update will be released on the same day, which will increase the game’s file size by about 3 to 4GBs, so make sure you have that spare space if you wanna hop in the crossplay action.

For more details regarding this update, you can read more about it by clicking here.