The Top Tennis Games Ever Created

There’s something about playing a good Tennis game that gets the blood pumping. Whether it’s the summer heat, the one-to-one competition or the blistering pace of the racket play, Tennis has always translated well into video games. Over the years, we’ve enjoyed a range of games from the authentic, to the impossible and the downright surreal. Below we take a look at the Top 10 Tennis Games. 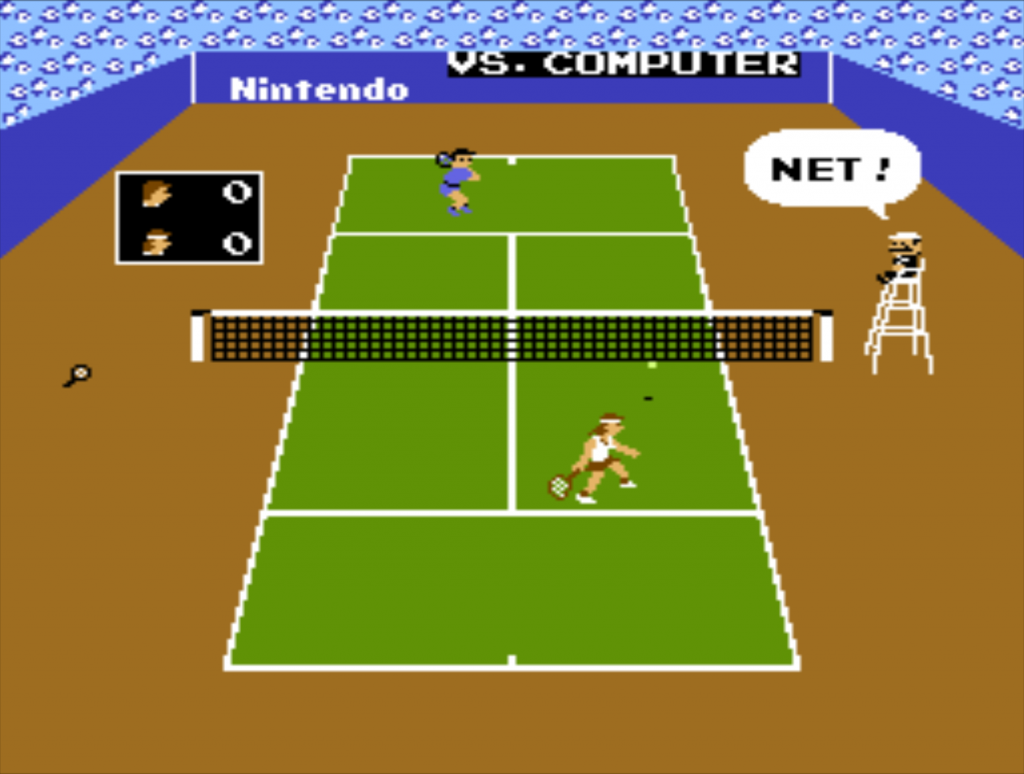 Way back in 1984, Tennis was released on Gameboy as the first widespread tennis game. Though it was not the first tennis game, it is one of the best recognized for its time. The gameplay was simple mechanically, but the game itself was incredibly hard. The five difficulty levels ranged all the way from moderate to extremely difficult. Throughout your time on the game you’d have Mario as a referee to act as a bit of comic relief alongside your struggles. Titles like Tennis helped to pave the way for later games encouraging you to time your shots. 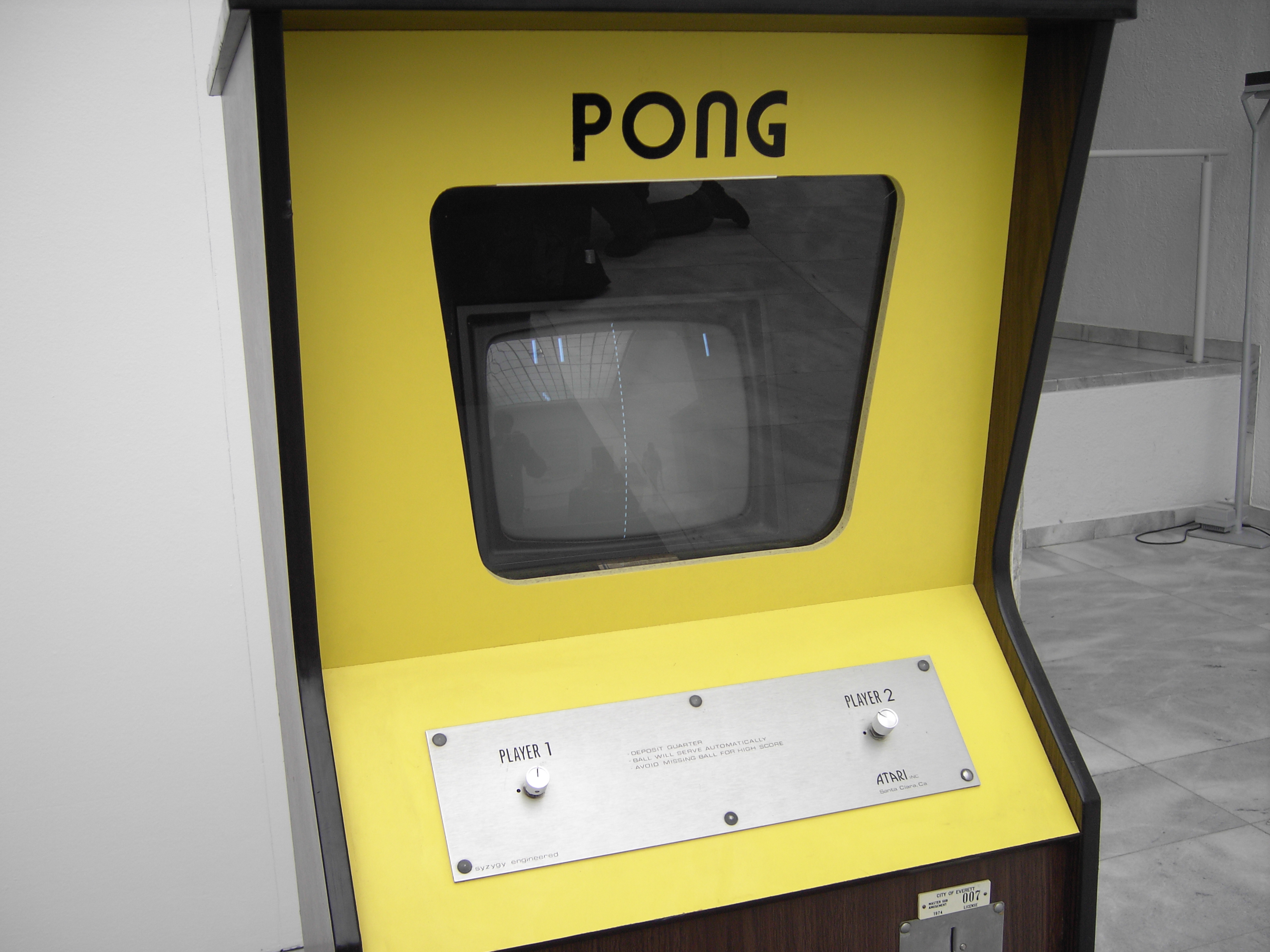 What’s a top list without an arcade throwback! 1972s, Pong was one of the most simplistic renditions of tennis competition that we’ve ever seen on gaming screens. The game was limited to a pixelated square ball and court. There was very little realism, but it translated into a very enjoyable game of playing the angles and pushing the speed threshold up with each strike.

Matchpoint 1984 has to be one of the simplest renditions of the sport ever created. On many levels the game doesn’t hold up to todays standards but it retains a sense of unapologetic charm. On Matchpoint you can choose between the quarterfinals, semi-finals or the finals. With each level, the players become faster as the speed of the game picks up. The controls are incredibly simple, and you can only serve or return your opponents play. This game is a nice little throwback to an era of gaming simplicity. 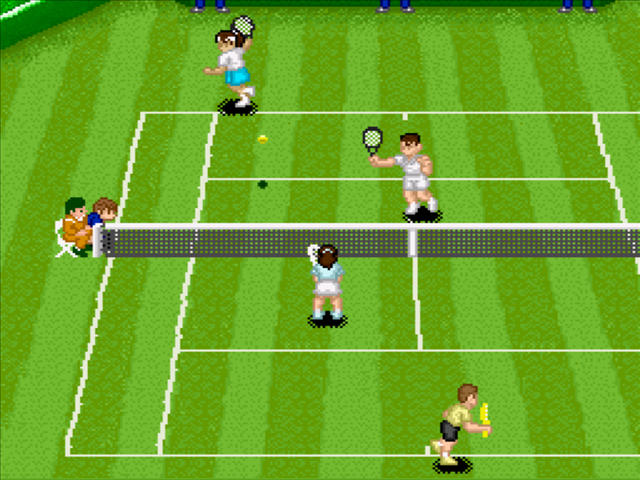 When Super Tennis was released in 1991, it was one of the most prominent titles to emerge on the Super Nintendo. The graphics may have been rudimentary, but the gameplay was anything but. The diversity of the SNES controls allowed you to figure out how to counter your opponent’s plays and to land that perfect shot to take the set. There’s enough variety in terms of turf to make you feel like you’re playing on a real tour. Casual gamers will be surprised to find that Super Tennis is incredibly hard when compared to most other games on this list. 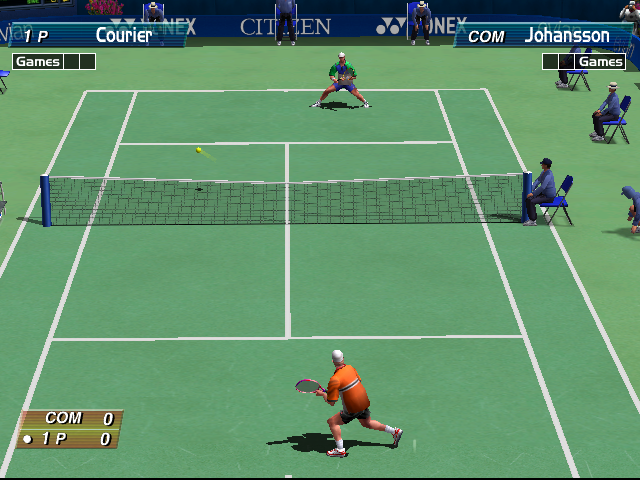 Virtua Tennis was one of the first games to lay the foundation of the modern-arcade renditions of the sport. The fast-paced gameplay, simple controls and vibrant mini games made the game very enjoyable. Virtua Tennis did a great job of reconciling the arcade experience with a more polished look. Though the game is not as realistic as today’s titles, for its time it was ahead of the curve. It’s rare you see the right blend of arcade and realism, but Virtua Tennis did a damn good job for its time. 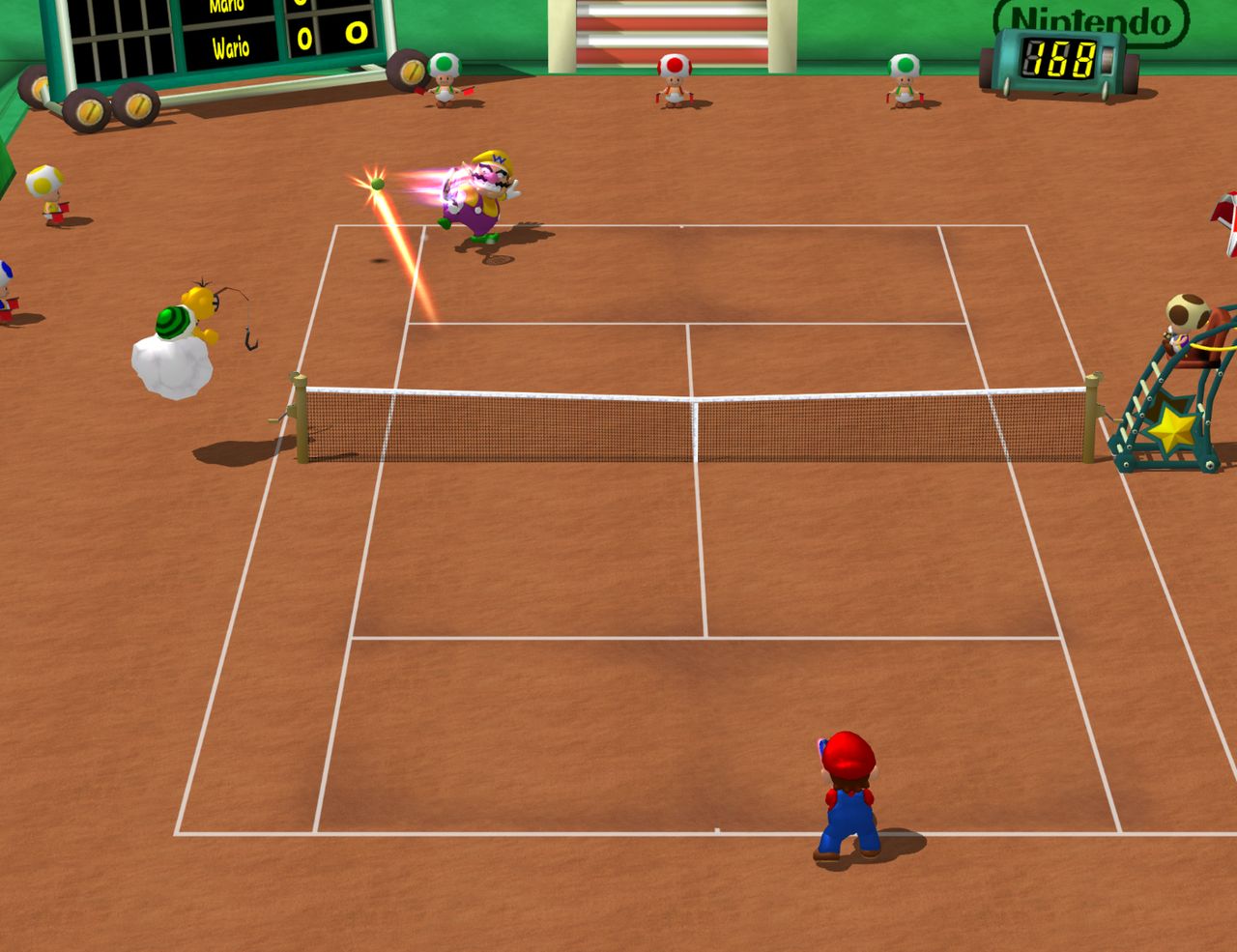 As perhaps the wackiest entry on the list, Mario Power Tennis was one of the strangest takes on Tennis we’ll ever see. Players could take the reigns of characters from the Mario series and play tennis with surreal courts and special moves to power through the opposition. The gameplay was simple compared to other more established tennis titles, but the sole purpose of the game was to bring the wacky arcade feel to the sport, and the game delivers in boatloads. 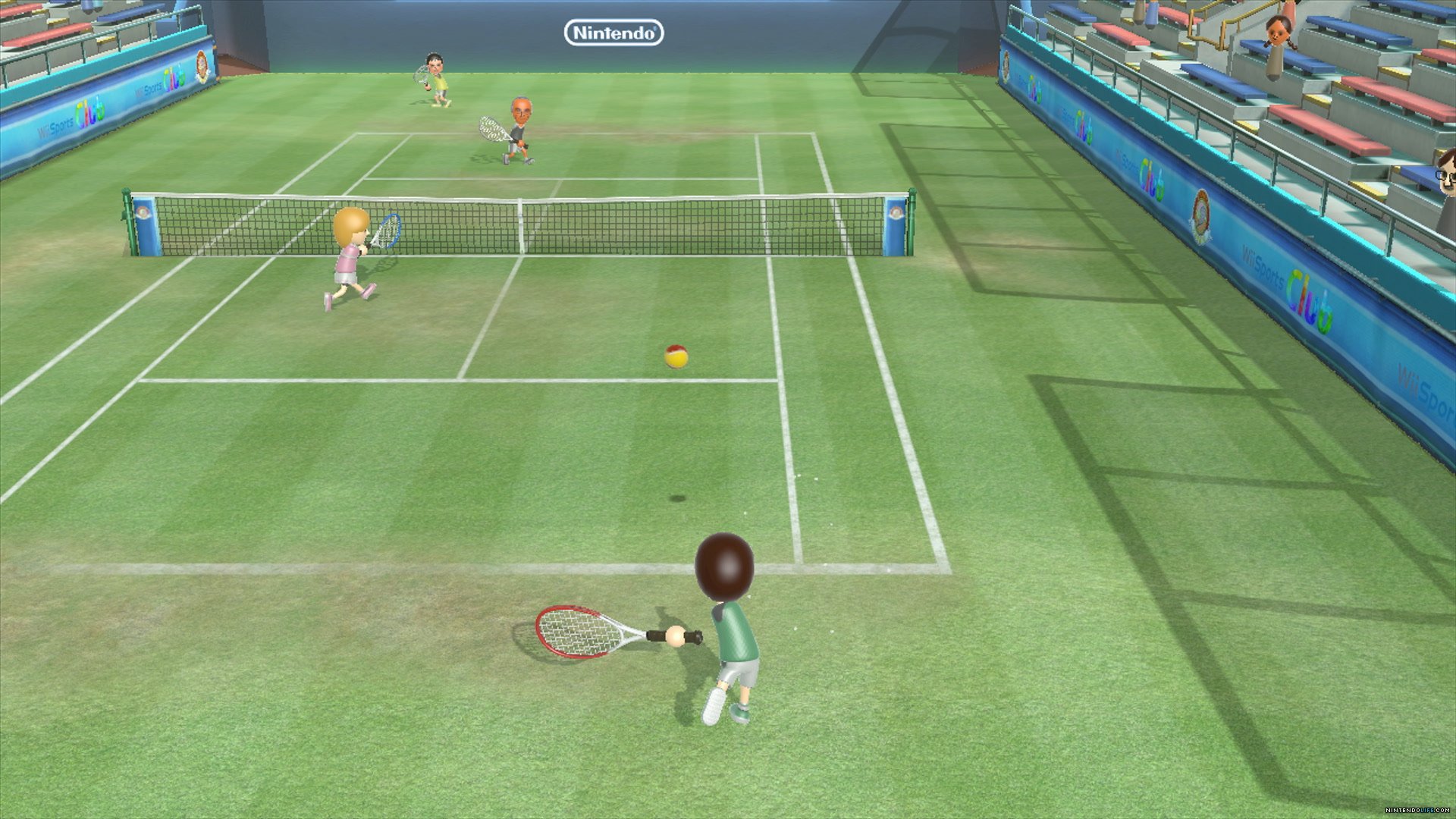 Perhaps one of the biggest titles to shake up Tennis Gaming was Wii Sports. Rather than sitting down with a controller players would need to swing their controllers in order to hit the ball. Much like Tennis itself, players had to be mobile, which made it a great game for families to play. Wii Sports deserves a lot of credit for forcing gamers off their couches and up onto their feet to experience active gaming. Though the characters and settings weren’t very realistic the gameplay was infectiously enjoyable. 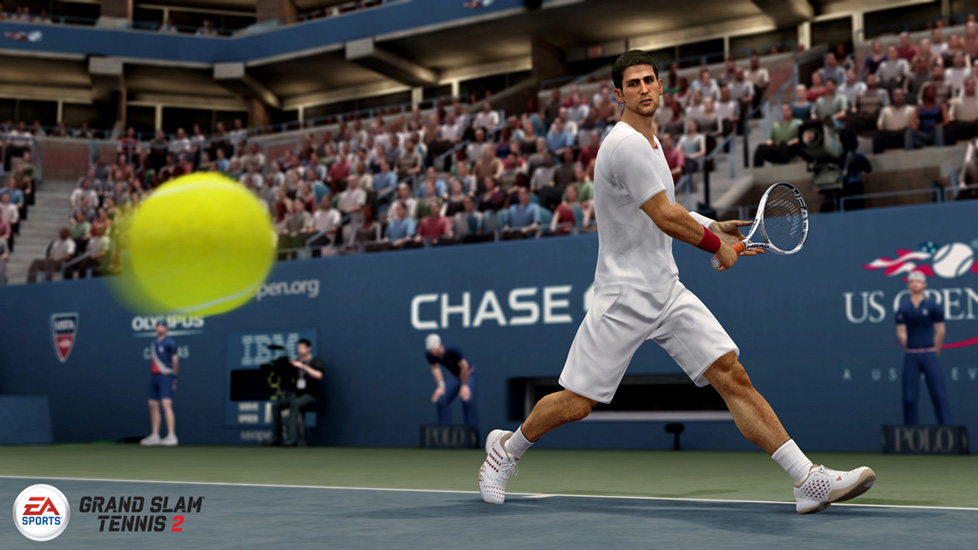 When EA picks up a sports license, you’re always in for a treat. With Grand Slam Tennis 2, players on the Xbox 360 and the PS3 could go to war on a HD court complete with commentary from Pat Cash and John McEnroe. The game looked the part as all EA games do, with realistic character models and real world locations but unfortunately, the series didn’t take off. Grand Slam Tennis 2 was the last of the GS series as EA decided to shelve the project. 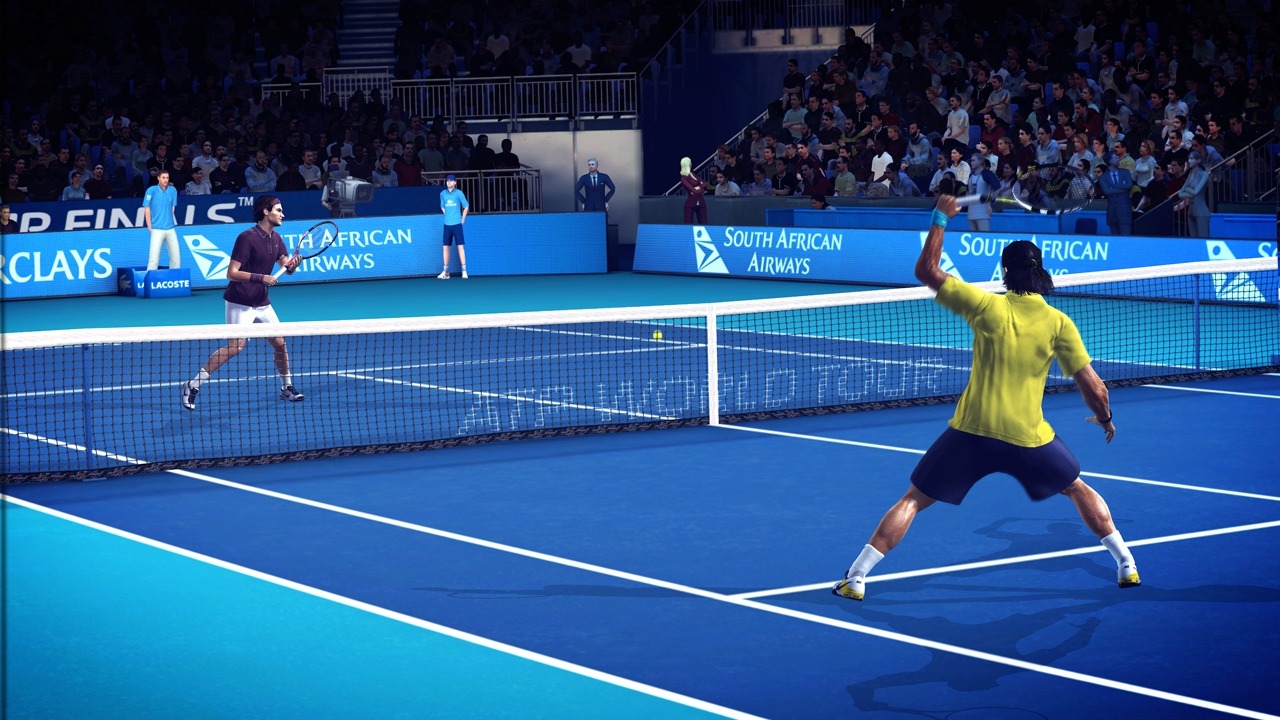 The Top Spin series is one of the most respected names to bring us tennis games. Top Spin 4 was a great game with a substantial career mode and a wealth of professional names to quench your thirst to test your metal against all-time greats like Roger Federer. Both for its time and by today’s standards, the graphics aren’t half bad either. 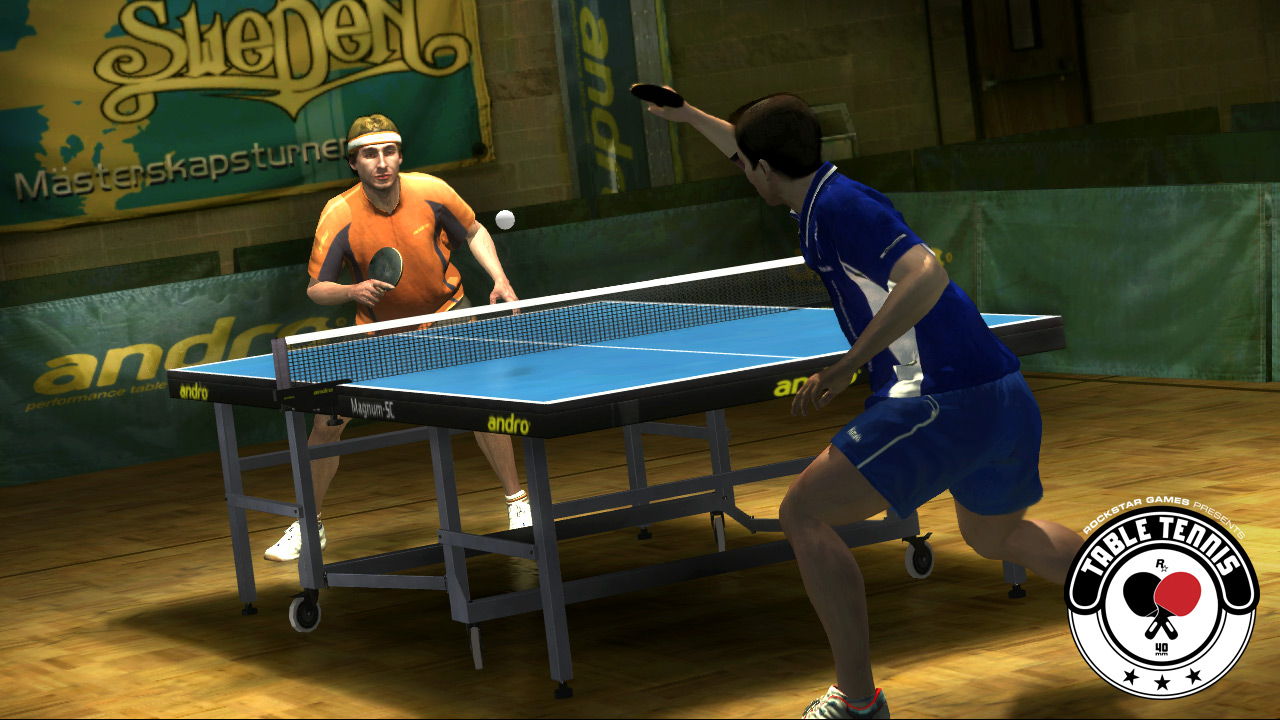 RockStar’s Table Tennis isn’t strictly tennis, but we couldn’t resist including it as a tennis game with a twist. The fast back and forth of table tennis translated well to Xbox and outshone most of its competition. It’s surprising that such a game would come from RockStar studios but the eccentricity of the game fits them down to a tee. With RockStar’s track record of producing quality games, Table Tennis is definitely worth picking up if your looking for an accessible yet competitive game. 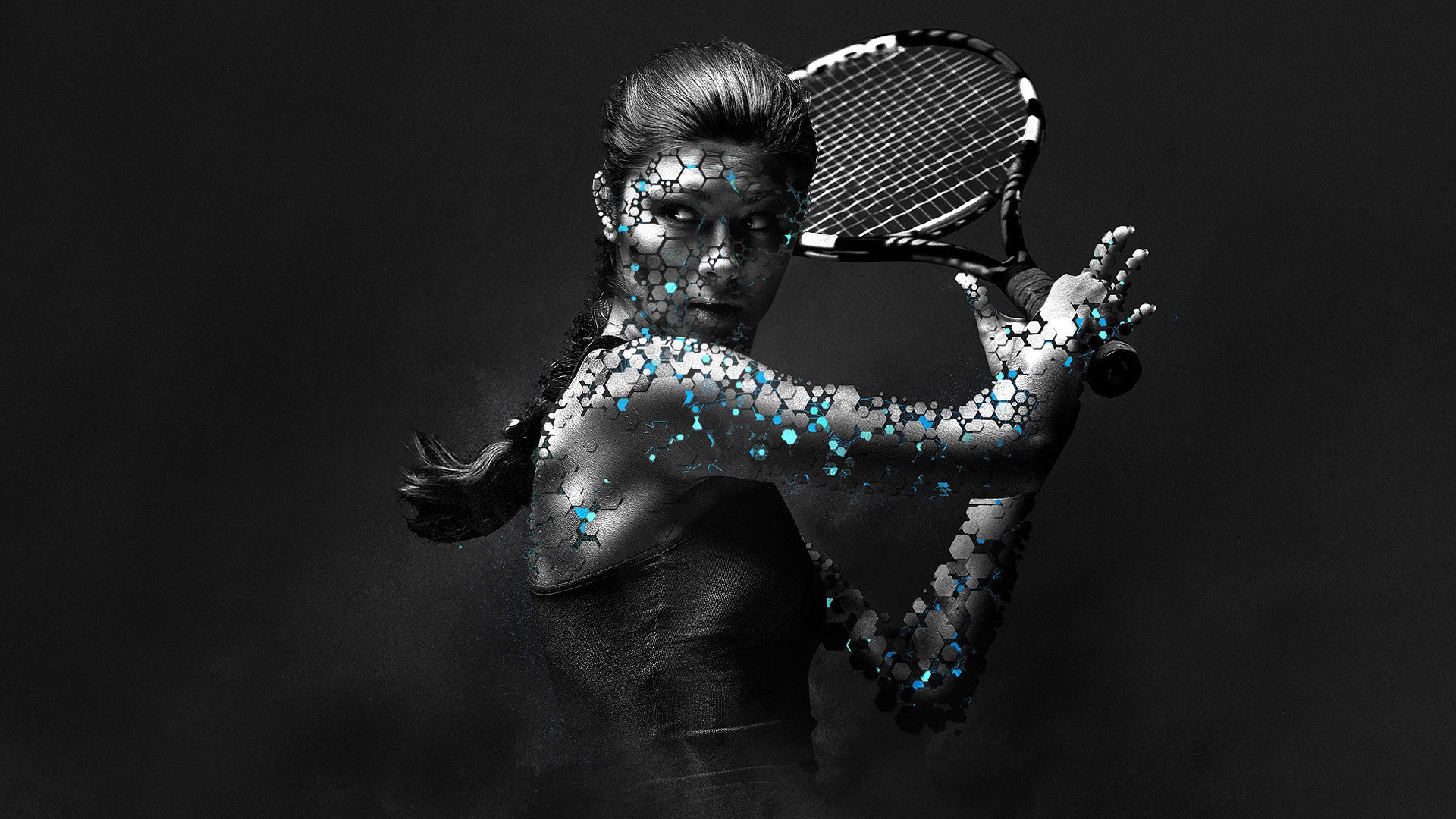 Wanting a top quality game to enjoy on your PS4 or Xbox One? Don’t worry, as Big Ben and Breakpoint Studio will be introducing Tennis World Tour in 2018. Designed to be a successor to Top Spin 4, and steering away from Top Spin 5 with a new title, Tennis World Tour will bring a whole new level of detail never seen before in a tennis video game. Since there isn’t anything like it available on current-gen consoles, the interest level should be huge.