The Pyramid – A Newly Found Pyramid Haunts A Team Of Archaeologists

The Pyramid was released in December 2014, and ‘stars’ Ashley Hinshaw, Denis O’Hare, James Buckley and Christa Nicola; it was directed by Gregory Levasseur. The movie was Levasseur’s first venture into directing, having previously been better known for writing the screenplays for movies such as The Hills Have Eyes, Mirrors and Maniac.   It was written by Daniel Meersand and Nick Simon, a writing duo who had previously collaborated on Removal (2010) and The 7th Claus. 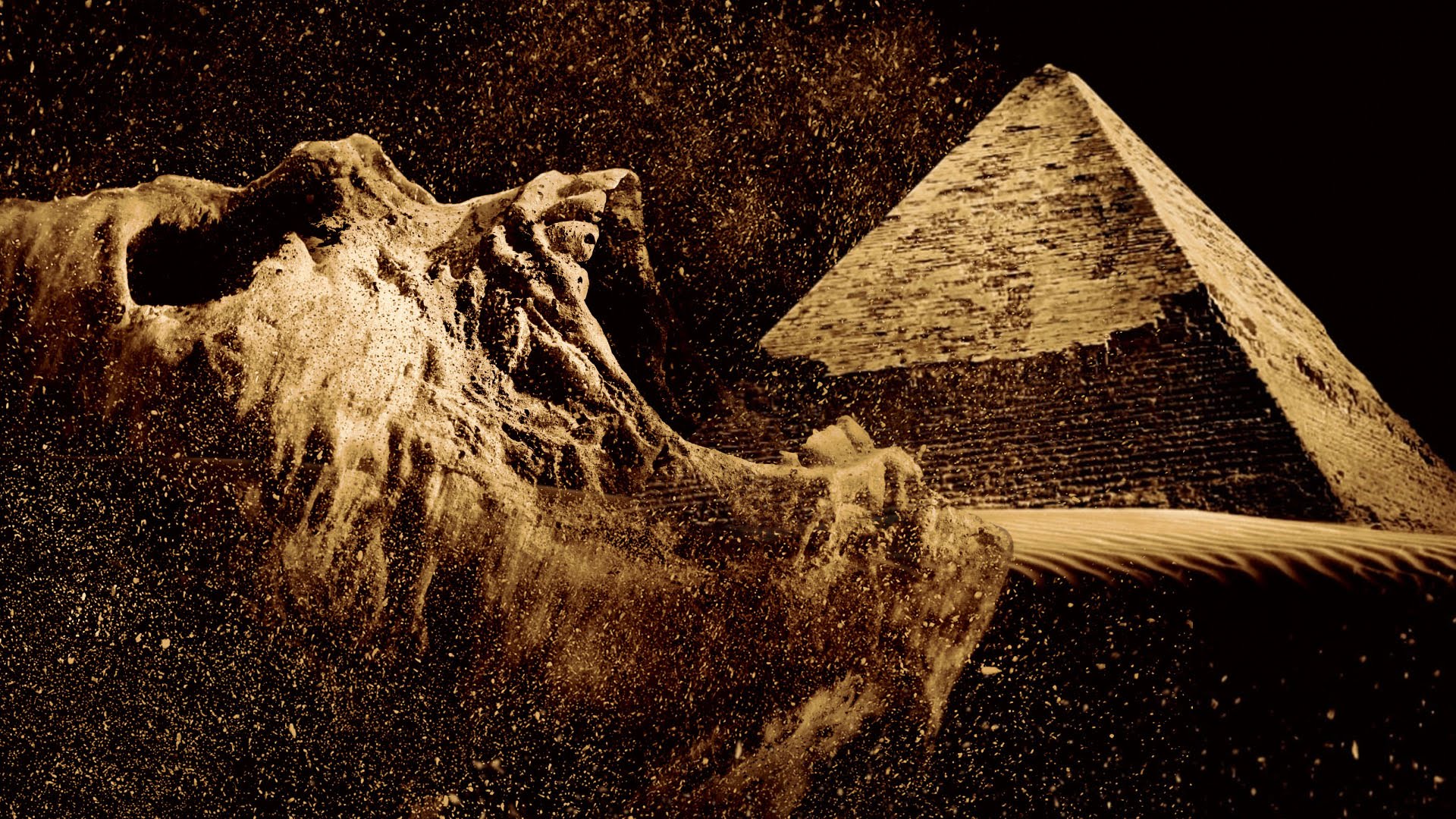 In a found footage format, The Pyramid follows father and daughter archaeologists, Miles and Nora Holden, in their quest to discover a pyramid (ah, now I understand the title…) which has been buried underneath an Egyptian desert for 5000 years. They shouldn’t have bothered as the pyramid is haunted and contains all manner of nasty surprises, including cannibal cats who have survived for thousands of years, collapsing floors, spike pits, and unseen killer-creatures of unknown features. Suffice to say, not many of the cast emerge from this film alive. Oh, sorry, did I spoil the ending?

Film distributors 20th Century Fox had hoped to make around $20 million in the US alone from their supernatural, ancient Egyptian ‘horror’. The income from home-soil, however, only amounted to a paltry $1.3 million (although I personally wouldn’t turn that figure down, if offered it), and from 16 international markets there was a return of $3.8 million. Oh dear. 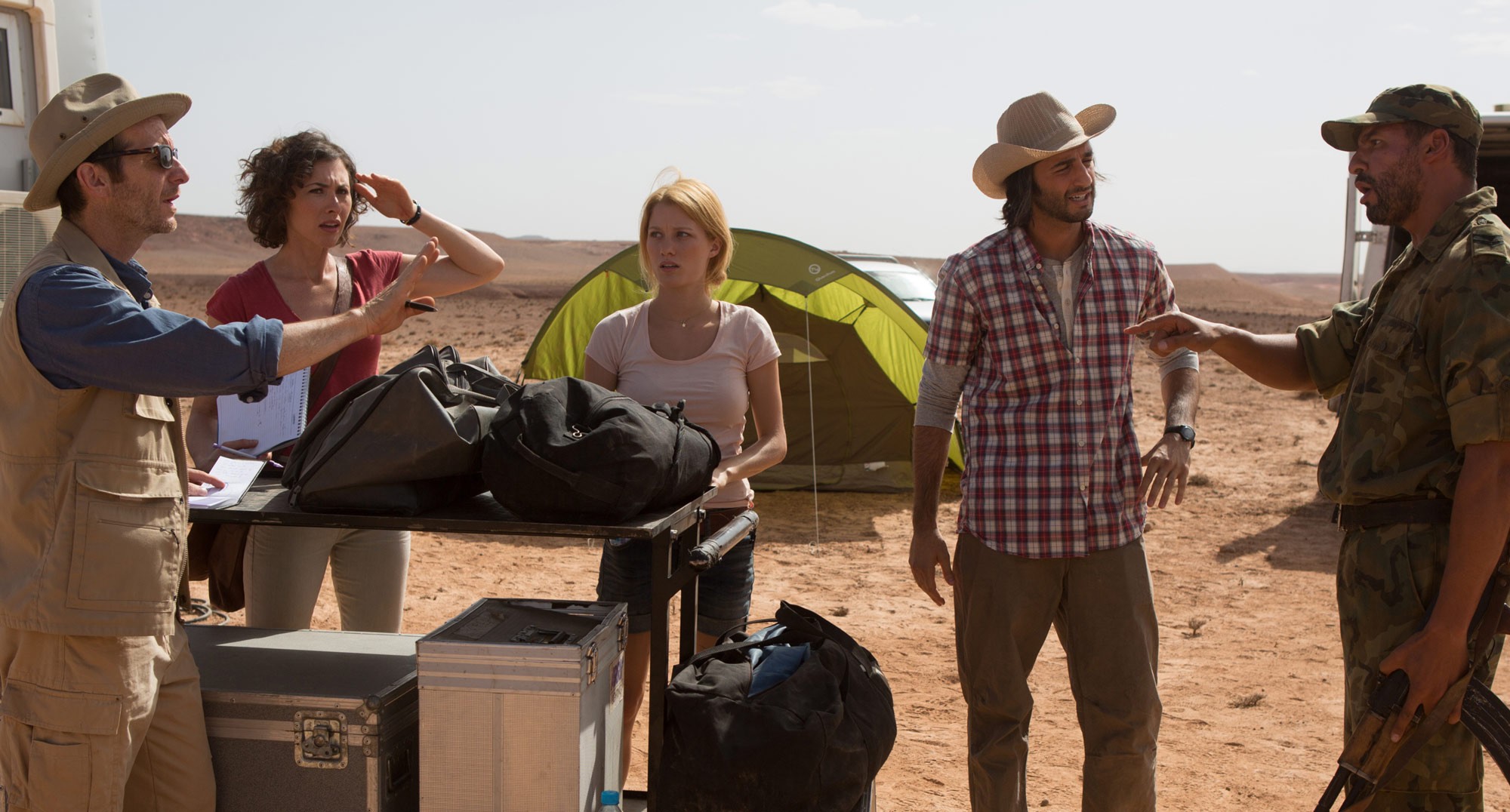 In the trailer, Nora tells us that ‘This is the find of a century’. Given the general consensus, I don’t think she can have been talking about the movie itself. The found footage format is arguably lazy, the director hoping that watching characters run ahead of the camera and jump when something scary appears, will be sufficient to satisfactorily scare his viewers. He was wrong. The format is over-used and rarely done well and it simply doesn’t pay off this in this instance.

We learn a little of Egyptian mythology, which is, to some, perhaps, interesting. The characters come across a part-man part-jackal, known as an Anubis, who has a key involvement in an ancient funerary rite called the weighing of the heart. From this alone it can perhaps be surmised that The Pyramid features some rather graphically gory scenes, but it has not been proven beyond reasonable doubt by the film that this was done sufficiently well, or is enough to rescue the film from the feeling that it should also have been buried 5000 years ago. And left well alone.

Now, don’t get me wrong. If you are someone with a love of ancient Egyptian mythology, cannibalised cats, the found footage format and cheesy dialogue you might actually like this movie. If this sounds like you, then do give it a go; it’s probably available for a reasonable price from a supermarket bargain bin. 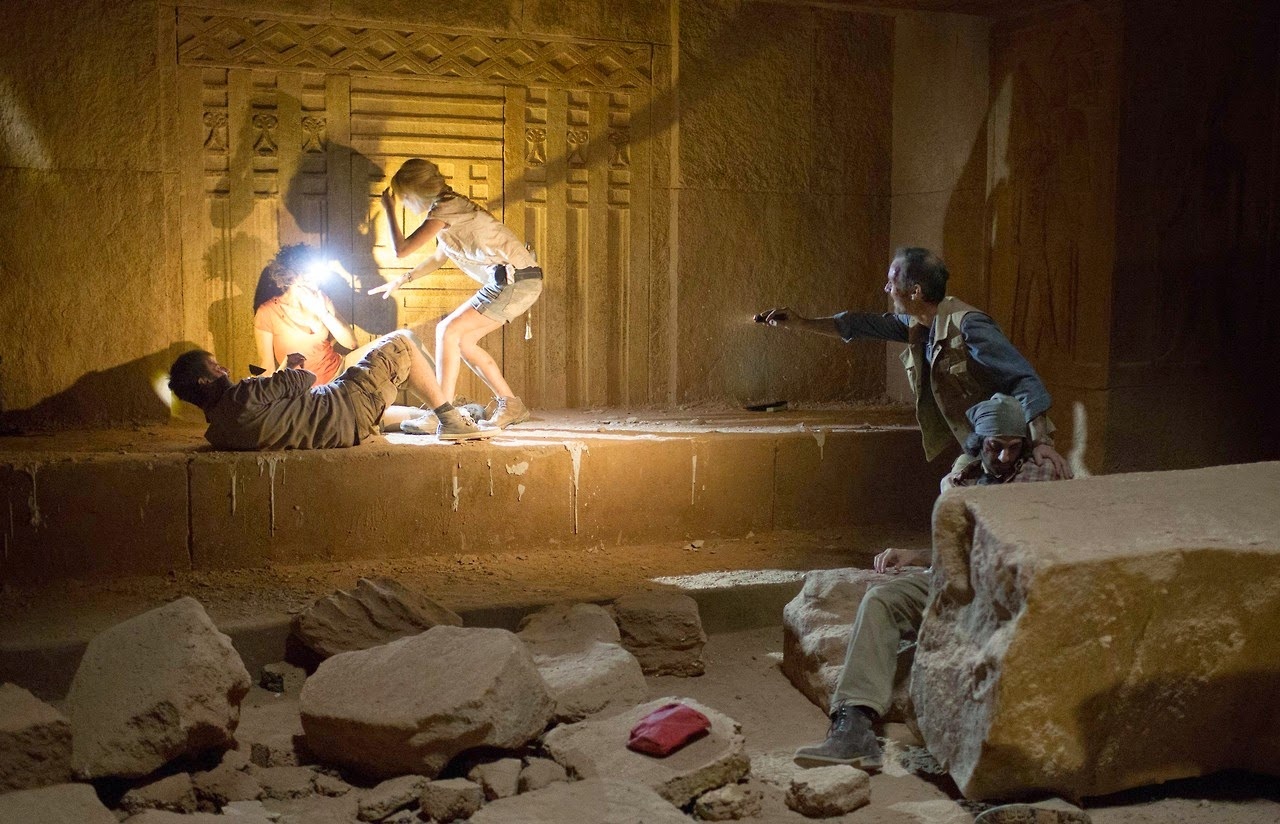 It may already be clear, however, that the film didn’t particularly go down very well with viewers and critics alike when it was released. The film was widely reviewed as weak, as stale as the air inside the 5000-year old pyramid, confused, and quite frankly, well, appalling. The tagline for the movie was, ‘You only enter once’. Perhaps movie viewers shouldn’t have entered at all – they certainly should be wary about entering this movie more than once. The very fact that the majority of the action (i.e. the killings) are shown in the trailer tells you all you need to know about this terror of a horror. You have been warned.