The Great Gatsby – A Romantic Drama Based on F. Scott Fitzgerald’s 1925 Novel

As in the novel, in the film Nick Carraway (played by Toby Maguire) is the narrator of the story, which is told from his perspective.  Nick Carraway is telling the story at the distance of several years after the end of the events he describes, and is putting it all in writing.  In the story he tells, Nick is a young and rather naïve man from the Midwest, who has come to New York to gain fortune working in the stock market.  As the story is set in the 1920s, the American stock market is booming as never before: a situation which will eventually all come to an end in the crash of 1929, of course.  At college, Nick had dreamed of being a writer, but had given up on that dream when he lost faith in his writing talent.

We soon meet Nick’s cousin, Daisy Buchanan (played by Carey Mulligan) and her arrogant and obnoxious, as well as extremely wealthy, husband, Tom Mulligan (played by Joel Edgerton).  The Buchanan’s large mansion is directly across the bay from that of a man called Jay Gatsby (Leonardo DiCaprio).  The Buchanans’ and Gatsby’s mansions are visible to one another.  Nick lives next door to Gatsby.  While Nick’s house is tiny, Gatsby’s house is a vast and extraordinarily luxurious mansion.

Gatsby is a source of fascination for Nick, as are the former’s famous huge, lavish parties.  One day, to his surprise, Nick receives an invitation to one of Gatsby’s parties, and gladly attends, highly curious.  While there, he meets Gatsby, and becomes even more fascinated by this mysterious man.  No one seems to know anything about him.

It soon comes to light that Gatsby somehow knew Daisy in the past, and that he wants Nick to invite her to a tea at which he can see her again.  This is because Gatsby and Daisy had been in love with one another five years before.  Gatsby’s feelings have never diminished, and he has actually done everything in his life, down to building his house, for Daisy.

Daisy agrees to come, and is pleasantly surprised to see Gatsby.  Her feelings for Gatsby are clearly still in existence.  Gatsby and Daisy start to have an affair, and Daisy plans to leave her husband so she can be with Gatsby.  However, everything goes awry, and Daisy shows her loyalty and love for Gatsby to be severely lacking, and herself to be a person easily swayed by the opinions of others.  Gatsby meets a tragic end, and Nick is the only human being in the world who cares about or attends his funeral. 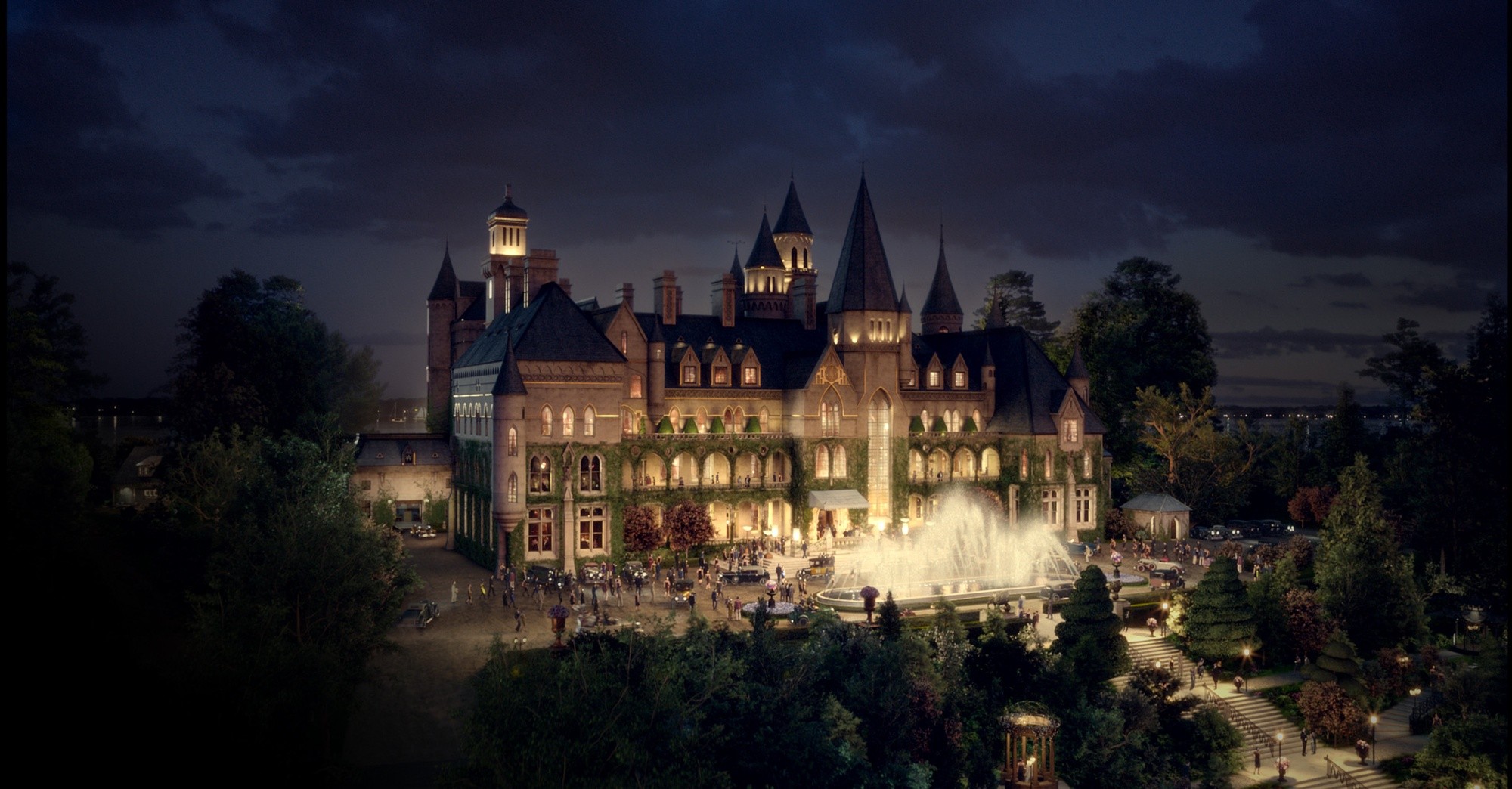 I have mixed-opinions on this movie.  The first half of the movie is rather dumbed down, and is disappointing.  The use (and overuse) of contemporary music overwhelms the story, and creates a level of anachronism so severe that it continues to jar the viewer out of the story.  It is so loud at points that I had trouble hearing the dialogue.  However, things improve at around the half way mark of the film, and it actually comes to reach a level of excellence.  There are some very well-acted dramatic scenes.  The intense hypocrisy and selfishness of the wealthy classes of New York, which is one of the main themes of the original novel, is clearly evident.  The imagery is very good, especially that involving the water of the bay, and how it separates the Buchanan and Gatsby mansions, as well as other images that are prominent in the novel.

Overall, this movie is definitely worth watching.  The acting is generally very good, and, at many points, the movie is very compelling.  One of the main attractions of the movie is the acting of Leonardo DiCaprio, whose portrayal of Gatsby is emotionally moving and quite extraordinary.