The Best Tycoon Games To Play In 2019

Sometimes, as a gamer, you don’t want to be right there in the action. Sometimes it’s better to float above everything, watching omnisciently as your creations go about their daily lives – and occasionally meddling with them. Sometimes you want to be a ruler, a manager, or…well…a tycoon. For this, there are tycoon games. These are perennially popular games – check out our list of 2018’s best tycoon games for proof – so there are almost always a few that stand head and shoulders above the rest. Here are our picks for the best tycoon games to play in 2019.

If you love what Planet Coaster has offered, then you’ll probably be excited to experience gameplay that’s similar but with a different ultimate scenario; building, creating and operating your very own zoo. It promises to be the ultimate zoo sim, beating that of the alternative from Microsoft. What will you be able to do? How about constructing habitats with your selected creatures, manage your zoo like a business tycoon, and witness authentic breathing animals who engage and explore the world you create around them. Releasing Q4 2019, this will be a gem for fans of the tycoon genre.

It’s an old favourite, but Cities: Skylines is still popular for a very good reason. After EA released the rather unpopular SimCity back in 2013, gamers were left hankering after a slice of the old-fashioned city management gameplay that the series used to offer.

Luckily, developer Colossal Order and publisher Paradox Interactive stepped up to the plate. Cities: Skylines is a remarkable evolution of what SimCity should have been. The urban planning gameplay is intricate, compelling and well-balanced, and the artificial intelligence makes your city feel like a living, breathing entity. Well worth checking out for SimCity fans and budding mayors alike.

Imagine a business situation, that’s when a tycoon game performs well within the arena of a game scenario. Hotels are big business and they deliver the perfect situation for a tycoon game to spring from. That’s probably why we are excited to see what Hotel Magnate will offer players when it eventually releases. The developers are as excited as many tycoon genre fans, they want to perfect and deliver the ultimate tycoon experience. The pure mix of scenario and creativity are sure to keep players keen, however, the developers are sure to cue in on the mistakes made by other such games.

From what we can see thus far, the visuals are impressive; they generate a feel as though you are playing The Sims.

We are excited to see what the developers at Bastion Interactive deliver. Our message to you is to look at past tycoon game mistakes and be alert to the true winners within this genre; Planet Coaster and City Skylines.

You can keep track of the project on Steam, since it’s set to “coming soon”. 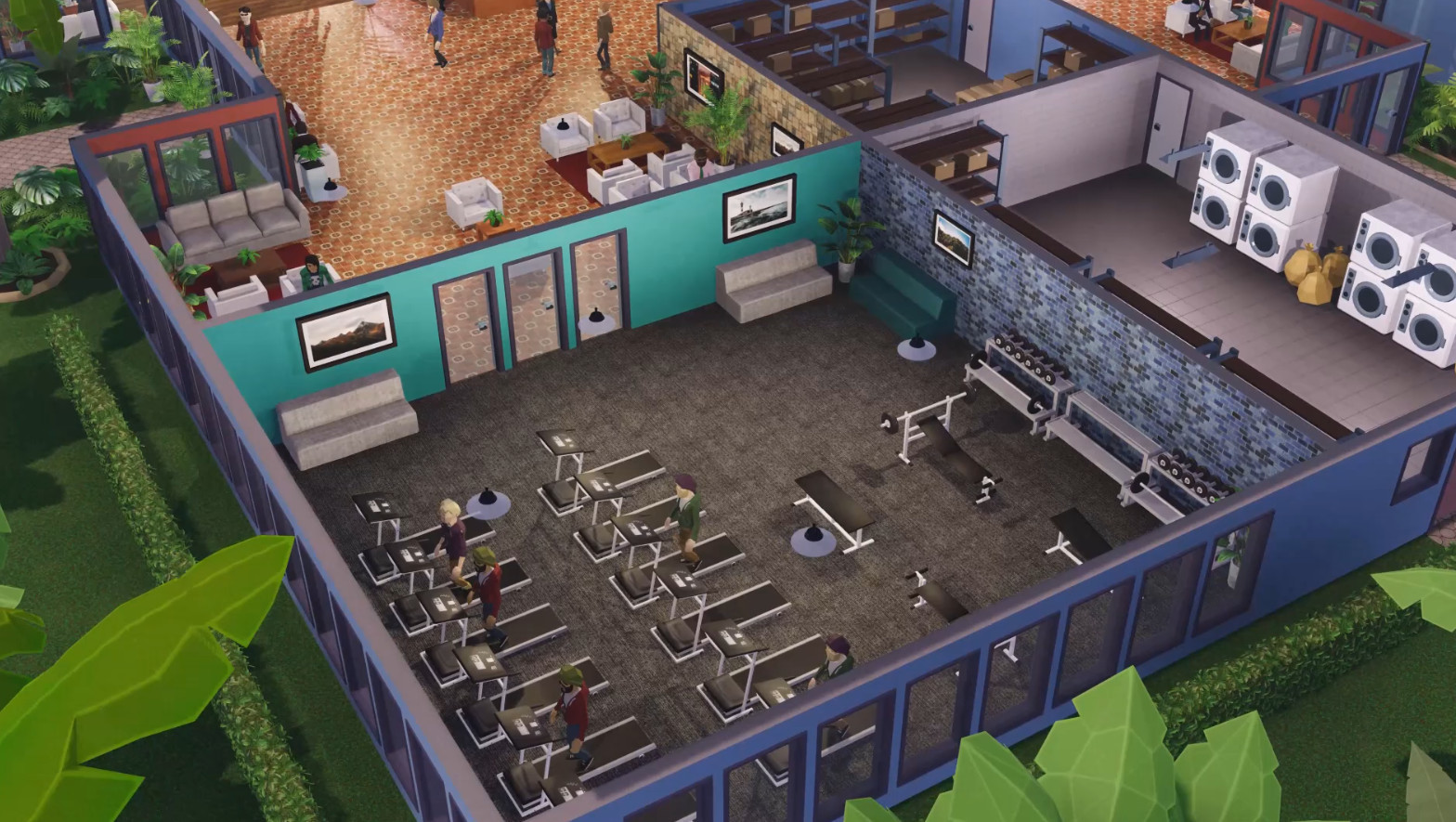 Hey, you at the back – don’t laugh. Farming Simulator really is no laughing matter. It might seem like a joke, but this game is a surprisingly comprehensive farming tycoon game which also offers the ability to get down to ground level in a variety of farming vehicles.

The visuals have been overhauled since Farming Simulator 18, but the economy and range of farming activities on offer are as robust as ever. You might start off feeling cynical about Farming Simulator, but it won’t be long before you’re singing at the top of your voice as you plough crops and sell them for more seeds.

“I could have done a better job on this game”. Have you ever said this? If so, it’s time to put your money where your mouth is in Game Dev Story. This game offers players the chance to build and maintain their own video game development studio.

Along the way, you’ll have to deal with new technology, advertising regulations, hiring and firing staff, and all the other stuff you’d expect from a tycoon game. All this is wrapped up in a subtly dark and comic aesthetic that quietly satirises the gaming industry and its many foibles. Game Dev Story isn’t perfect, but it’s a parable for our crunch-obsessed times.

Starting up a new company and creating several games. 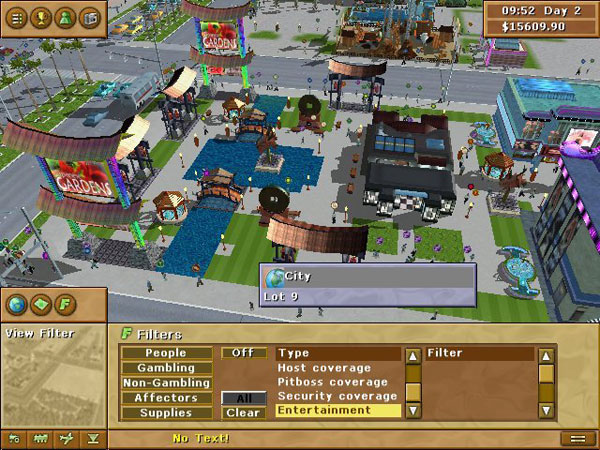 Yeah, bet you haven’t heard of this one, have you? This game actually came out way back in 2006 and flew under the radar. That’s a shame, because it’s an incredibly robust and well-made casino management simulator.

Players can manage their casino’s cash flow, try to keep visitors and patrons happy, and adjust sliders and parameters to keep staff satisfied while also bringing in enough money to stay in the black. If you’ve ever dreamed of running a casino, but just haven’t been able to muster the funds to go do it for real, then you have a few options:

For a much easier and cheaper experience, Vegas: Make it Big will satisfy you. It’s amazing nobody’s revisited this idea in a big-budget way.

If you like a large dose of humour with your tycoon games, then you could do a heck of a lot worse than Tropico 6. This game puts you in charge of your very own Caribbean island as “El Presidente”.

The satire is perhaps a little thick and obvious, but it’s a send-up of things that still need to be pointed out and ridiculed, so it gets a pass from us. The gameplay here is extremely solid, as one would expect from the Tropico series. Civilians’ needs must be carefully managed to avoid revolution, but you’ll also need to bring in money. New features include the ability to build on an archipelago and significantly advanced citizen AI.

This one’s strictly for the PC players – sorry, console lovers. Anno 1800 garnered its fair share of controversy when it was announced that the game would be exclusive to the Epic Games Store (as well as Ubisoft’s own Uplay, of course). When the game was actually released, though, the naysayers fell suspiciously silent.

Anno 1800 is the fastest-selling Anno game in the franchise’s history, having sold more than four times what Anno 2205 managed in its first week. New additions to the rock-solid city-building strategy gameplay include blueprints, tourism, and industrialisation. If you have any interest at all in the Industrial Revolution (or even if not), Anno 1800 is your game.

Experience one of the most exciting and fast-changing periods of all time.

Frostpunk is a tycoon game with a difference. 11 bit studios’ epic puts you in charge of a frost-bitten colony after an icy apocalypse wipes out a huge percentage of the human population of Earth. Players must harvest resources, manage their colony and attempt to deal with impending threats in order to become successful and survive.

Where Frostpunk differs from its rivals is in its moral choice system. Frostpunk presents players with a lot of thorny decisions and then lets them wrestle with those decisions. There are often no right or wrong answers here; whatever you decide, someone’s going to be unhappy with you. Frostpunk feels like the moral choice system of Fable 3, but done right.