The Best Tycoon Games To Play in 2018

Tycoon games are one of the oldest genres in gaming. If you’re anything like us (and are of a certain age or older), some of your earliest and fondest memories of gaming will have come from tycoon games; they were very much a gateway into gaming, throughout the 90s and early 2000s. We led amusement parks to utter disaster in Theme Park World and RollerCoaster Tycoon. Scores of poor patients died on our watch in Theme Hospital. Hordes of innocent creatures were neglected in Zoo Tycoon. But you know what… we had fun trying (and failing) to run these complex operations anyway!

Fortunately, tycoon games are still alive and well. Recent years have seen releases such as Planet Coaster and Game Dev Tycoon, which have been well-received critically and commercially, and we’re positive this year will see the tradition continued. To that end, here are the best tycoon games to play in 2018.

Two Point Hospital is looking extremely likely to be a modern-day successor to the aforementioned Theme Hospital, which is an absolute classic of the genre. In fact, some members of that game’s development team are also on board here, which bodes well for Two Point Hospital’s prospects.

You will once again open, design and run your very own hospital. Hiring and firing, buying in new equipment and making sure patients are treated properly are all part of your remit. If that sounds a little stressful, don’t worry; Theme Hospital was famous for its infectious (pardon the pun), light-hearted humour, and – based on the announcement trailer – that will be present and correct in Two Point Hospital too. Ailments in the original, for example, included “Broken Wind”, caused by using a treadmill after a large meal, and simply “Baldness”. Expect more of this type of thing from Two Point Studios’ effort.

Industry giants Sega are on publishing duties, and the game is set to be released in late 2018. This has all the hallmarks of being a classically addictive tycoon game; we’d advise you to arrange your calendar accordingly! 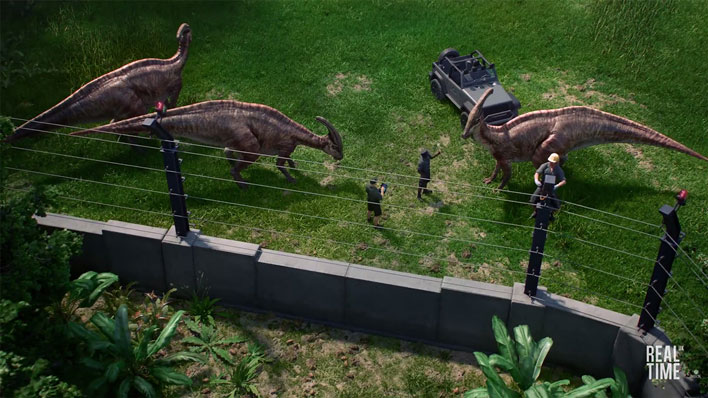 Planet Coaster has showcased how popular a modern tycoon can be – it has achieved many great feats. However, Jurassic World Evolution, developed by the same people behind the Planet Coaster masterpiece, will look to bring new challenges. After all, managing a theme park littered with human-eating dinosaurs isn’t quite the same. The idea is fantastic and it makes for some exciting tycoon gameplay. This tycoon game will take elements from Zoo Tycoon and merge them with Planet Coaster, creating a unique title. We can’t wait for this one to land, and it’s due to appear around the same time the movie counterpart releases. 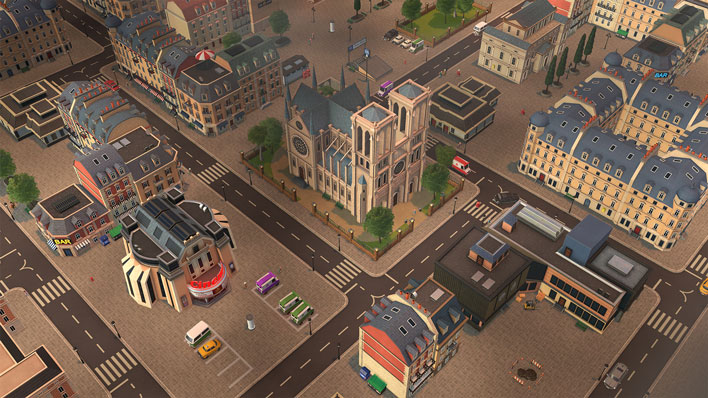 We’ve all thought about opening a restaurant, at least in passing. Pizza Connection 3 will allow you to live out this semi-serious fantasy, and crucially with no financial risk!

The Pizza Connection series – alternately known as Pizza Tycoon in North America – is actually surprisingly long-running. The first game was released in 1994, with the second coming out in 2001. Much like Theme Hospital, they took a concept which could have resulted in a stressful experience, and instead injected it full of humour (“Laxatives” were one optional ingredient for dealing with troublesome customers).

After a whopping 17 year gap, we’re finally getting a new addition to the series. There’s a full campaign mode, in which you go from a single store in Rome to owning a global chain, which sounds like an intriguing challenge! There are also a huge number of ways to personalize your pizza business: the restaurant interiors are completely customizable, and the Pizza Creator tool will give you a chance to put Dominos to shame for their lack of imagination. Underneath it all there’ll be a robust economic model; something which was also present in the previous entries.

Pizza Connection 3 is scheduled for release on the 14th of March, and a 15% discount is currently available if you preorder on Steam. 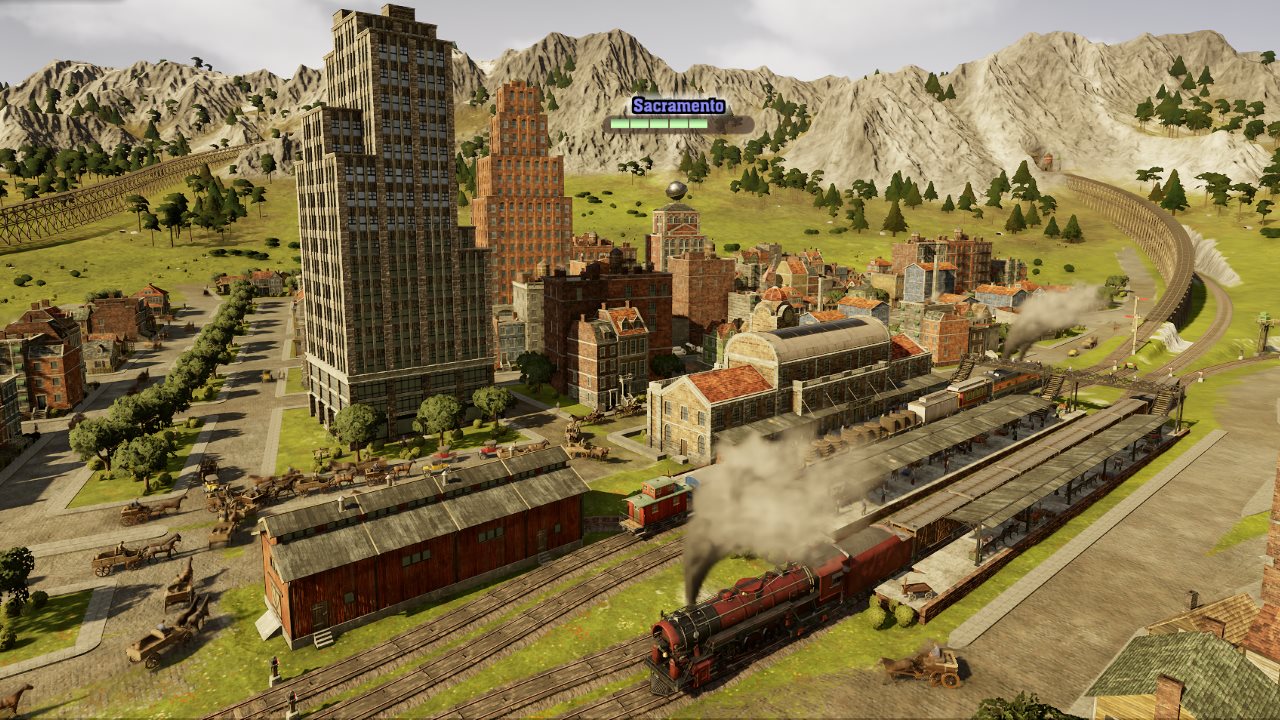 Within the tycoon genre, the “transport” sub-genre has been easily one of the most successful and influential. The early years of mass-market PC gaming gave us classics like Railroad Tycoon (Sid Meier’s first strategy game, which came out the year before Civilization) and Transport Tycoon (made by Chris Sawyer, who would go on to create the RollerCoaster Tycoon franchise).

Railway Empire is the latest game attempting to join this illustrious heritage. It’s set in the USA, during the early to mid-19th century; the golden age of railroads, basically, which you might have experienced before in Sid Meier’s Railroads.

The scale of Railway Empire is impressive. There are over 300 technologies to research, and 40 accurately-modelled trains. The physical size of your task is also formidable. Other such games might have you connecting a few cities together, but here you’re trying to build a network across the entire continent. To make things even trickier, the whole time you will also be battling against up to three AI rivals. You do have a few tricks up your sleeve in this regard, however: you can organize raids on your competitors, or engage in a little crafty industrial espionage, with the aim of slowing them down.

Railway Empire is available now, and has already garnered considerable praise. Critics have favourably compared it with genre classics like Railroad Tycoon, and have commented upon its addictive nature.

Tycoon games rarely see a year full of good-looking releases, yet 2018 is set to be a true bumper year for fans of this genre. Get prepared, since you’ll be spending many hours perfecting your perfect tycoon masterplan.

Are you excited? If so, let us know about the titles you cannot wait for below in the comment section.