Tearaway: Unfolded shows Media Molecule’s masterful touch that they possess on the video games they develop. Each video game that is put out by them has been very light hearted, quirky, and beautiful to look at, and Tearaway Unfolded is no exception to this. Tearaway Unfolded is a port of the 2013 Vita exclusive Tearaway, that may genuinely be the prettiest game on the PlayStation 4. This seamless port of a solid game definitely survives the test of time, and is definitely a game that should be in the library of anyone that had not gotten to play it on the Vita.

Tearaway is about a 10 hour story that puts the player in the role of a paper craft messenger that is sent on a mission to send a message to the outside, real world. The game takes place in a gorgeously designed, paper crafted world that may be the highlight of the game. These people and Creatures also provide the game with a multitude of different types of side missions that change up the gameplay from time to time. The mass majority of the gameplay in Tearaway: Unfolded is exploration, and fighting enemies named scraps, who are literally crafted to stir up things in the story that is created in Tearaway. That being said, new types of scraps, and new scenarios in which confrontations with scraps occur as the game progresses, making the player never tired of the gameplay, as it feels like there are new dynamics added around every corner. 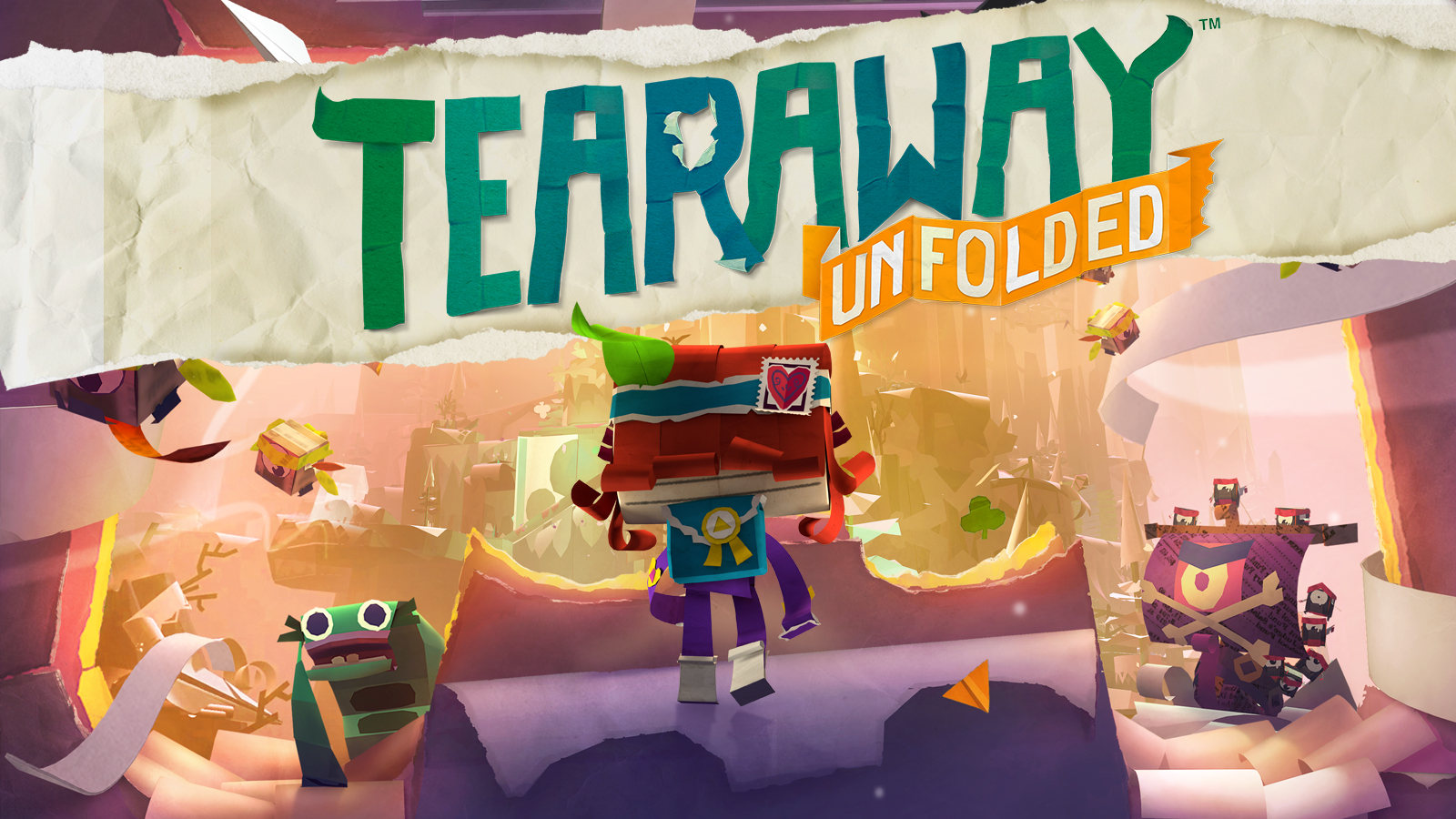 The graphical aspect of Tearaway Unfolded may be the best aspect of it. Tearaway: Unfolded may be the best looking PlayStation 4 game in the market right now. This is not because of ultra realism, but because of a beautiful portrayal of paper craft, wonderful colors, and a vibrant, breathing world to explore. The visuals in this game are amazing, to the point where there is almost a sense of magic when exploring, as if you are visiting Disney World. The entire world feels alive, with many strange and cute people and creatures to meet, and many sights to see along the way, all of which very creatively designed. Although the game is technically a Vita port, it is shocking how wonderful it looks, feels, and runs on the PlayStation 4, with absolutely no frame rate issues with either of my two completions. 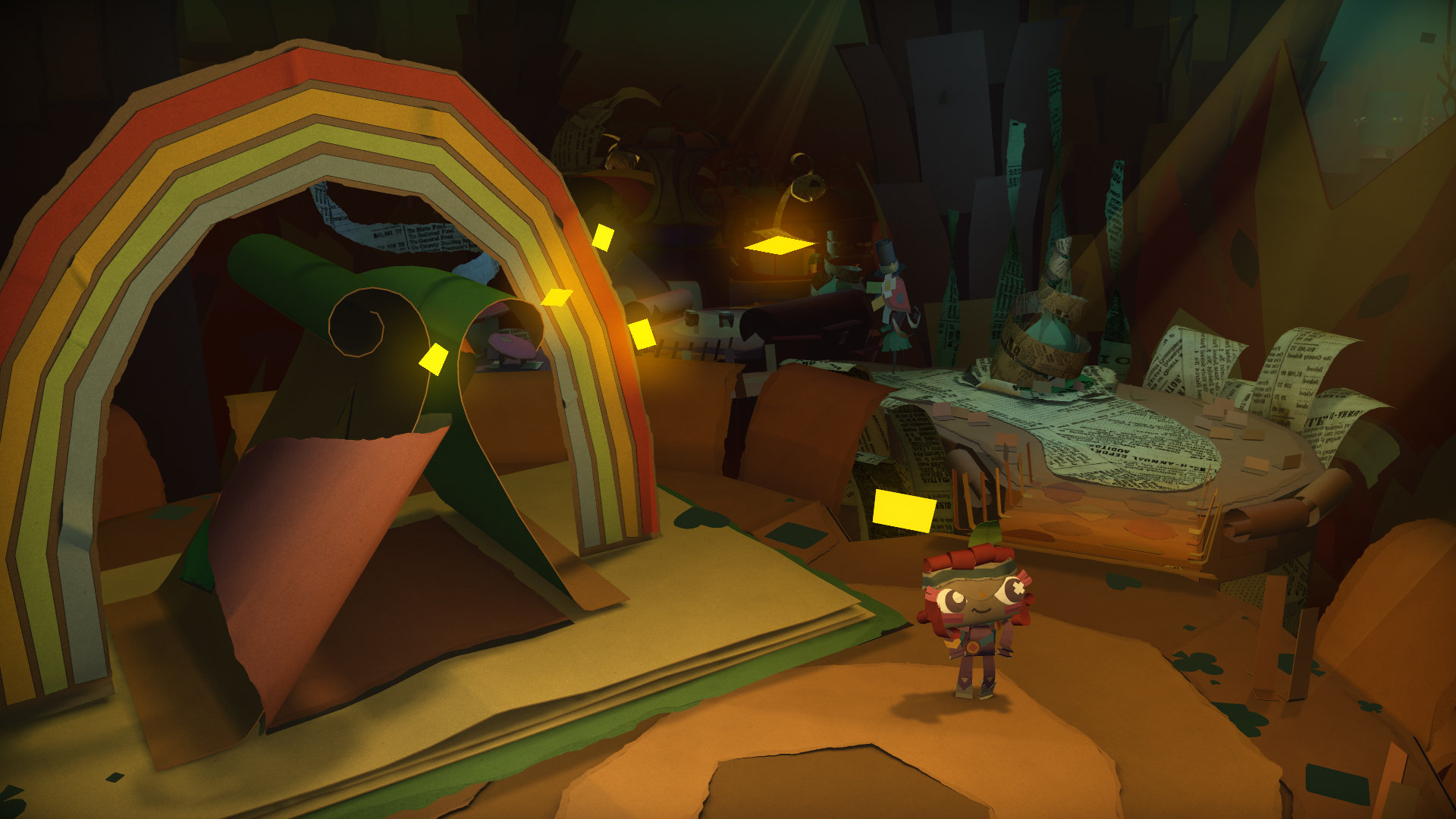 One more part of Tearaway: Unfolded that needs to be discussed is the use of functions found on the PlayStation 4 controller. Although many may think that the touchpad and microphone usage in games may seem like an unnecessary gimmick, they felt well implemented and were actually another asset that helped build the games great gameplay.

Tearaway: Unfolded is a simple, beautiful, and technically sound game. It shows that Media Molecule can tackle any genre if they want, and give it a quirky and beautiful twist that only they can do. The graphics are eye candy, the gameplay is solid, and the soundtrack is arguably one of the best of the generation. Tearaway: Unfolded is a great exclusive that every PlayStation fan should have in their library.

The year is 1994, and the Super Nintendo Entertainment System is sitting pretty as the console of choice for the discerning gamer. Things are...
Read more
Accessories