All in all, “Surgeon Simulator: Anniversary Edition” is a macabre, funny and altogether strange game that has inexplicably stoked the fires of interest from a significant cross section of the gaming community.  As its name implies, you are a (supposedly) qualified surgeon who is tasked with performing all sorts of standardized operations.  Needless to say, things don’t always go as planned, which is where the game’s darkly sardonic humor comes into play, obviously.  While many might have thought that the original version of the game was more or less fine the way it ways, developer Bossa Studios has somehow managed to make it even better with additional DLC (which is part of this package).  In it you’ll be treated to better graphics, more environments as well as new operations and more.   In short, if you’ve yet to play Surgeon Simulator, this is definitely the version of the game to get, hands down. 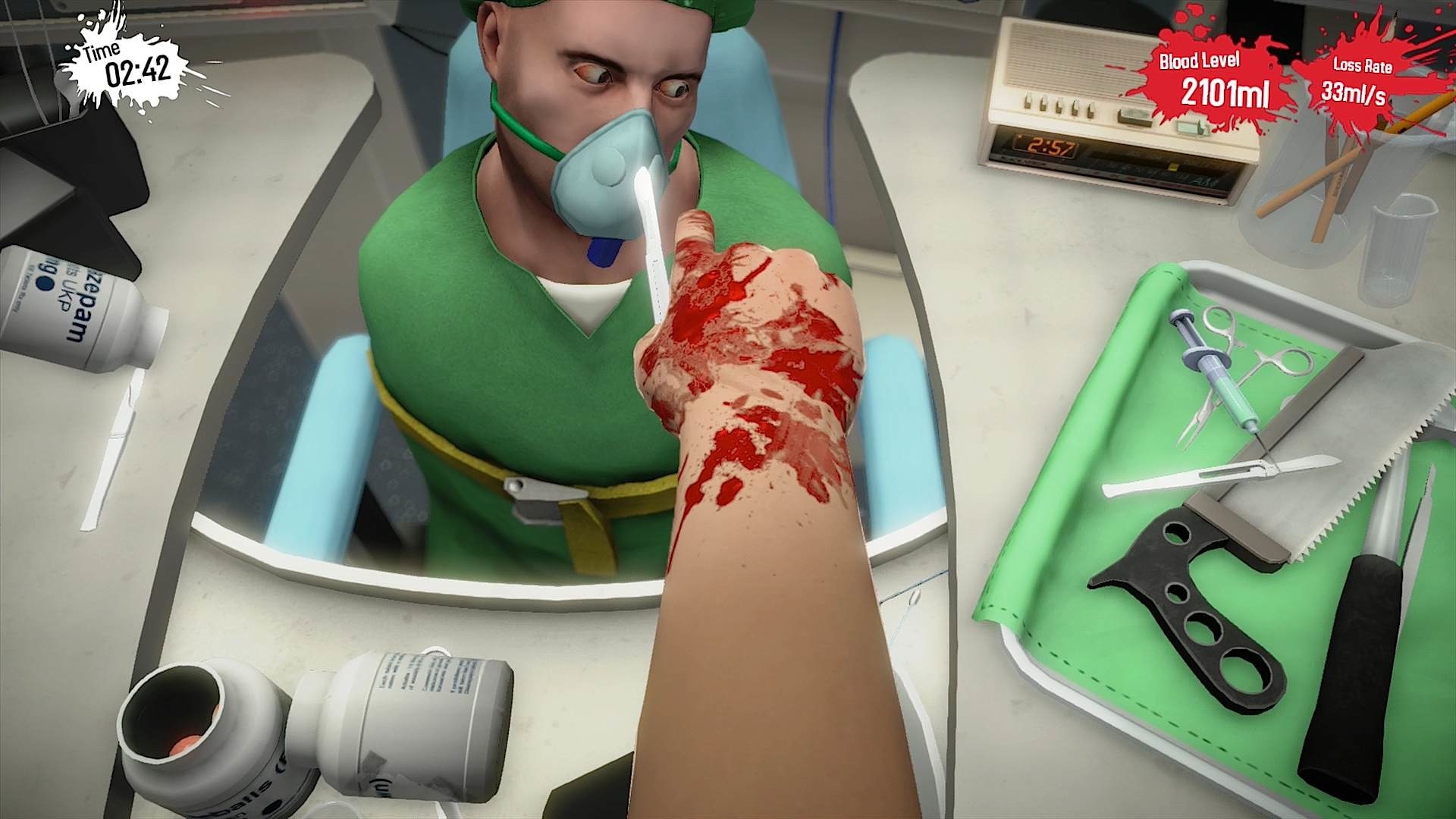 Before we delve into some of the finer points of Surgeon Simulator:  Anniversary Edition, you should take note that a co-op feature is soon to be released (coming August 27th) which will indeed allow players to team up for procedures. Moreover, the co-op feature isn’t just for online mode either; two people can also tackle surgeries via local play as well (on the same couch).  Quite simply, this opens the door for some very unconventional multiplayer gaming.

As for the Anniversary Edition upgrades…perhaps the first thing many will notice are the graphical improvements.  What they’ve added via this version in the way of visual updates simply makes the game take on a sheen and polish that’s much more fitting and capable of immersing you in the onscreen action.  While the previous edition certainly didn’t look shabby, this one just takes things to a welcome new level, making the entire experience feel a bit slicker and more intriguing.

Then there are the new operations and procedures, which fans of the game have been diligently begging for since the title’s original release.  Now you can perform eye as well as teeth surgeries to your heart’s content.  As if that weren’t enough, you’ll also be doing your slicing and dicing in all-new environments as well.  If you thought performing that delicate procedure was hard before, just wait until you have to do it while speeding down a hospital corridor.  At the same time, stats tracking for a window of 9 operations is also available, which means that you can gauge exactly how you’re doing as you move toward completion. 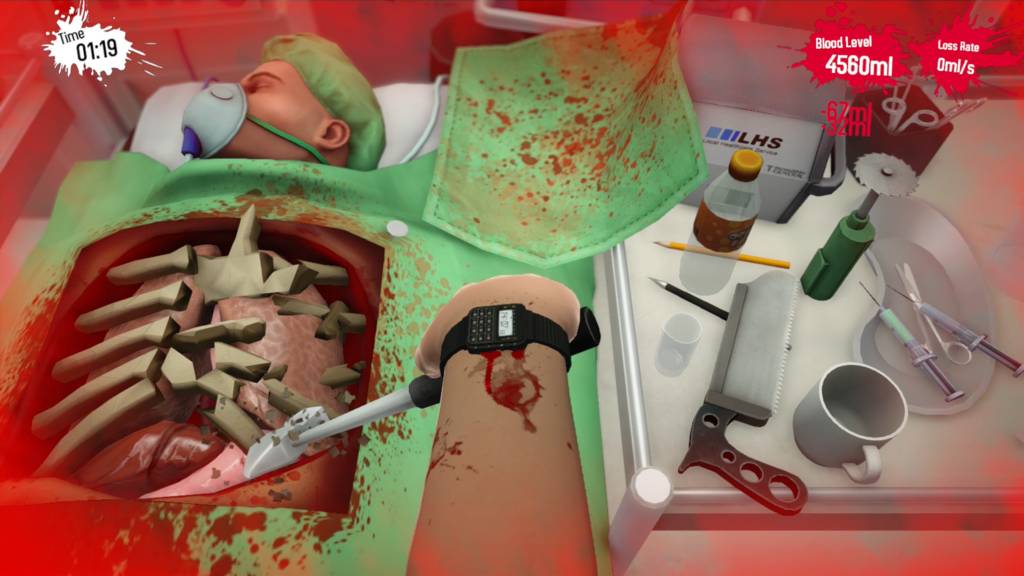 If you love macabre humor, weird game premises or just really like performing surgeries, Surgeon Simulator: Anniversary Edition will definitely hit the spot.  It’s a very unique game that essentially has no real precedent and demonstrates that the “Indie” market certainly has a lot to offer the mainstream gaming market where creativity and “fresh blood” are concerned (pardon the pun).  Likewise, if this is going to be your first encounter with the game itself, picking up the Anniversary Edition is definitely the way to go.

coursework on a resume https://courseworkinfotest.com/