Nintendo is really having a great time in life right now. They released the Switch which is selling very, very well. Time will tell what happens for this console but any positive news is a great thing for them to have after the failure of the Wii U, so that’s great for them. And they also released one of the best rated games in all of history. No, not against just Nintendo’s history, I mean the entire run of any game from any company ever. Things are truly looking great for them. But the Switch isn’t the only thing that Nintendo has been busy with. They’ve been making a slow, steady step into the smartphone gaming world. May as well right? It certainly won’t hurt them and their efforts, after all, The Legend of Zelda Breath of the Wild is only available on the Wii U and the Switch. Officially speaking you cannot play the game on anything other than a Nintendo device, so it really doesn’t hurt to get their name out in the smartphone world.

We already have the Mii’s in our phones via Miitomo. It’s a decent app though I must admit I didn’t enjoy it enough to keep it around for too long. We also have Fire Emblem Heroes on the phones as well and right now on Google Play it has a 4.6 rating with at least 1 million downloads (that’s pretty decent!). If you have a Switch you’ll notice a Parental Control app there as well for the console which can be a wonderful thing depending on your family and the rules you have implemented for gameplay and such. You can set a daily limit of play-time, restrict features based on age, supervise the gameplay, and etc. Certainly can be a helpful app to the right person/family. But soon we, as in Android players, get the first (in my opinion) big Nintendo smartphone game: Super Mario Run! 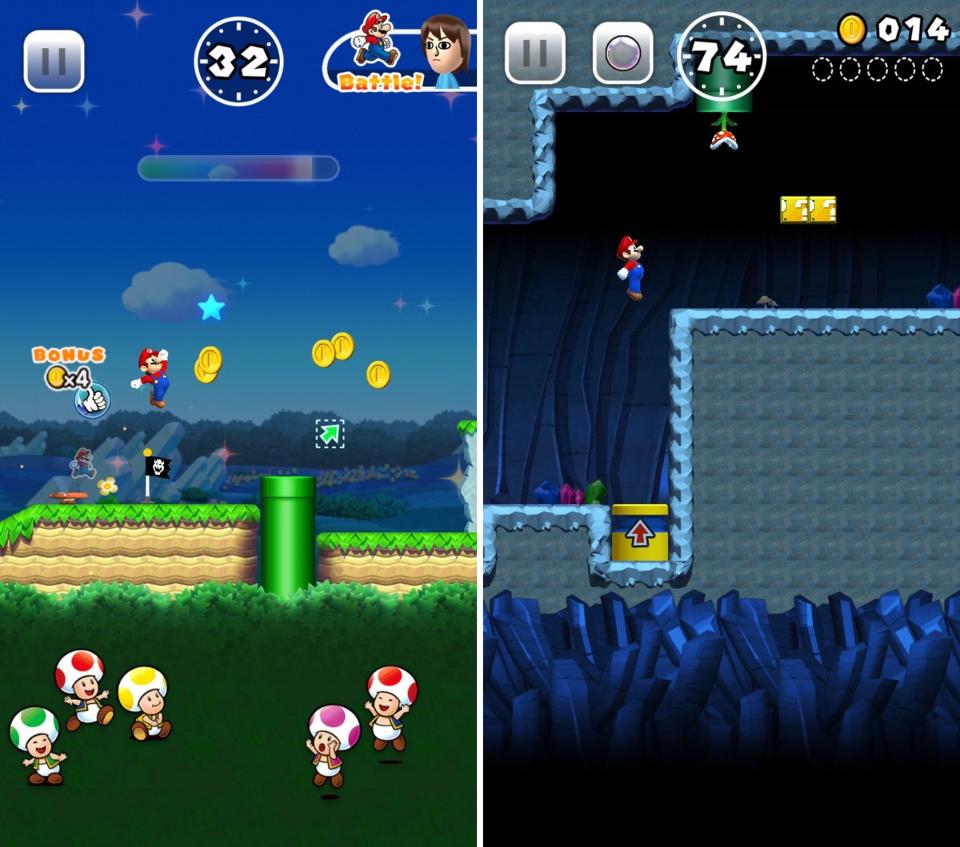 It has been received fairly well. Not as high as you’d expect for a Mario game, and because of it being a smartphone game and such I can understand some of that for sure. But I gotta say, I’ve been pumped to get this game for a while, and it’s nice to know that it’ll officially be here March 23rd! Our Apple compadres have had the game for a while and it’s put up some pretty decent numbers thus far: it has no less than 78 million downloads and has earned 53 million for Nintendo. Sure, that’s likely not near what they wanted by now, but the game is also not out on Android just yet, so there’s no way the download numbers and earnings have stopped just yet. So, since the game is about to be out everywhere, why not look at a Pro and Con list as to why you should, or should not, get the game?

It’s a Mario game on smartphone, but yet it’s different. This game isn’t like any other Mario game in that he’s fully running on his own, an endless runner where you have to help navigate him around the world and to collectibles and such. Some may count that a con, and I can certainly understand that, but I think it’s good; you don’t want the phone game to be a copy and paste of exactly what you’d want on a console Mario. …..well, OK, so that would actually rock, but hear me out. You want the game to have a strong connection to the other main games but you want it to offer differences as well.  This game is pick up and play at its finest, which is the smartphone bread and butter. In that sense this game does a great job of offering you the good old Mario we all know and love just in a different package. I certainly don’t think the on-rails Sonic smartphone games are bad since they’re different from the console outings, and I think it’ll be the same with Mario. 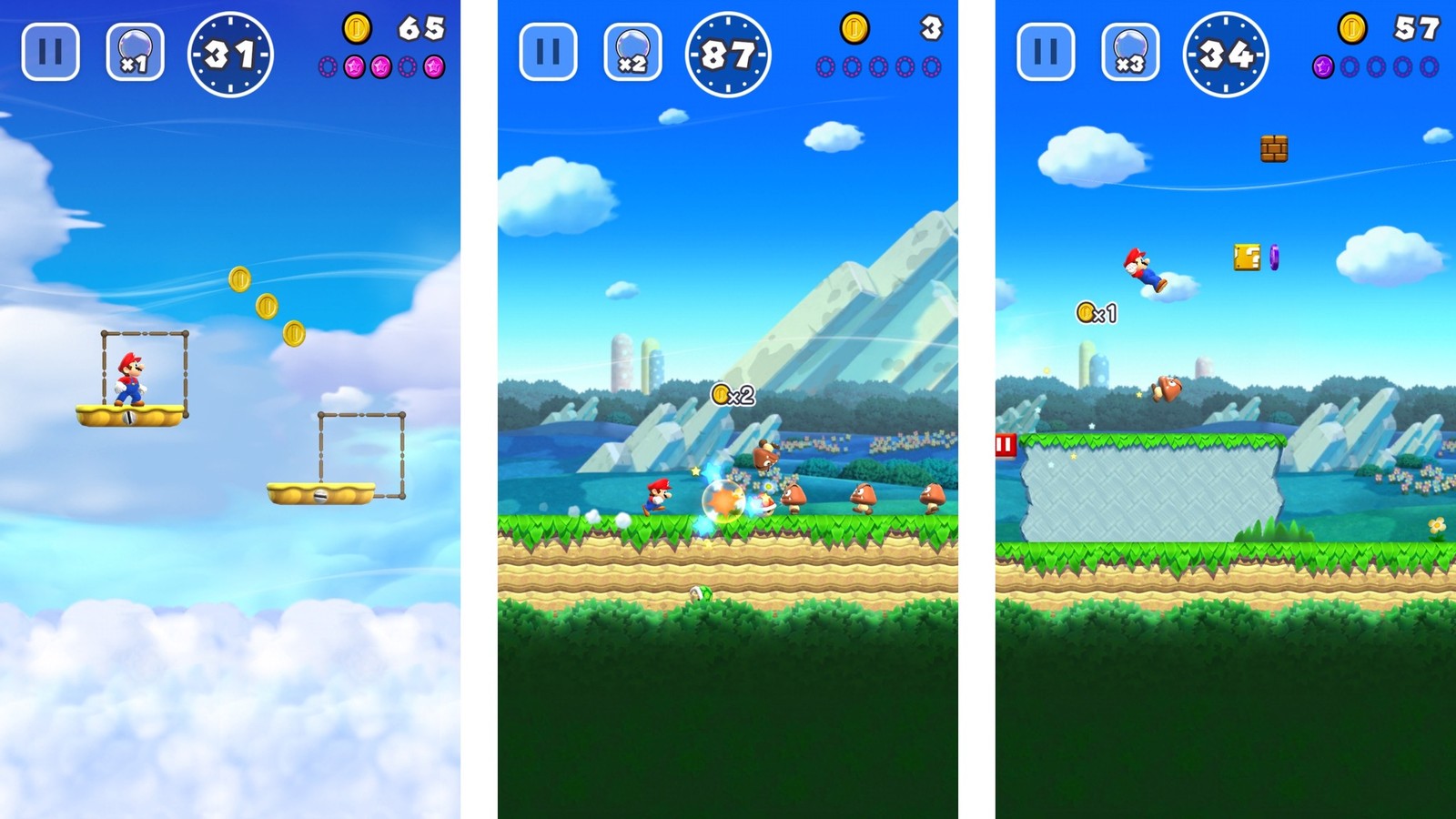 Another pro is the game doesn’t just have one level or two, it’s a pretty fleshed out game. There are 6 worlds with 24 levels. You’ve got Ghost Houses, airships, castles, plains and the other stuff you’d expect in a Mario game. You have the Toad Rally mode where you compete against your friends and folks all over the world. You use different moves to impress some Toads watching you and get points in that way. And there is a Kingdom Builder mode too, where you get coins and Toads together to build your own…. you guessed it…. Kingdom! You can decorate it as you see fit and with over 100 items there’s a lot you can do to make your area unique from other people. The only issue? Let’s step into the cons…

It costs’ $9.99 to play the full game. To me personally, since it has so much to offer, I don’t think that price will stop me by any means. But otherwise you only get a small taste of the game before having to make the purchase. This isn’t like other “normal” smartphone games where you CAN purchase an item/thing/doohicky to help you advance in the game, it makes it where you MUST make the purchase. You can’t simply send requests for lives or pass-this-world tokens or anything. You can’t wait for a while and be patient. You have to pay the bottom dollar to advance through the entire game. Compared to any normal Mario game this price is great, wonderful in fact, but this is in the smartphone world and forcing folks to have to make a $10 purchase to see the game is something a lot of folks aren’t happy about. I don’t blame them, it’s not the norm in smartphone games, and there are several companies that make a lot, I mean a lot of money, on games that are free to play. You CAN buy the items and such if you want but it’s up to you. Not so here, and folks aren’t liking that. 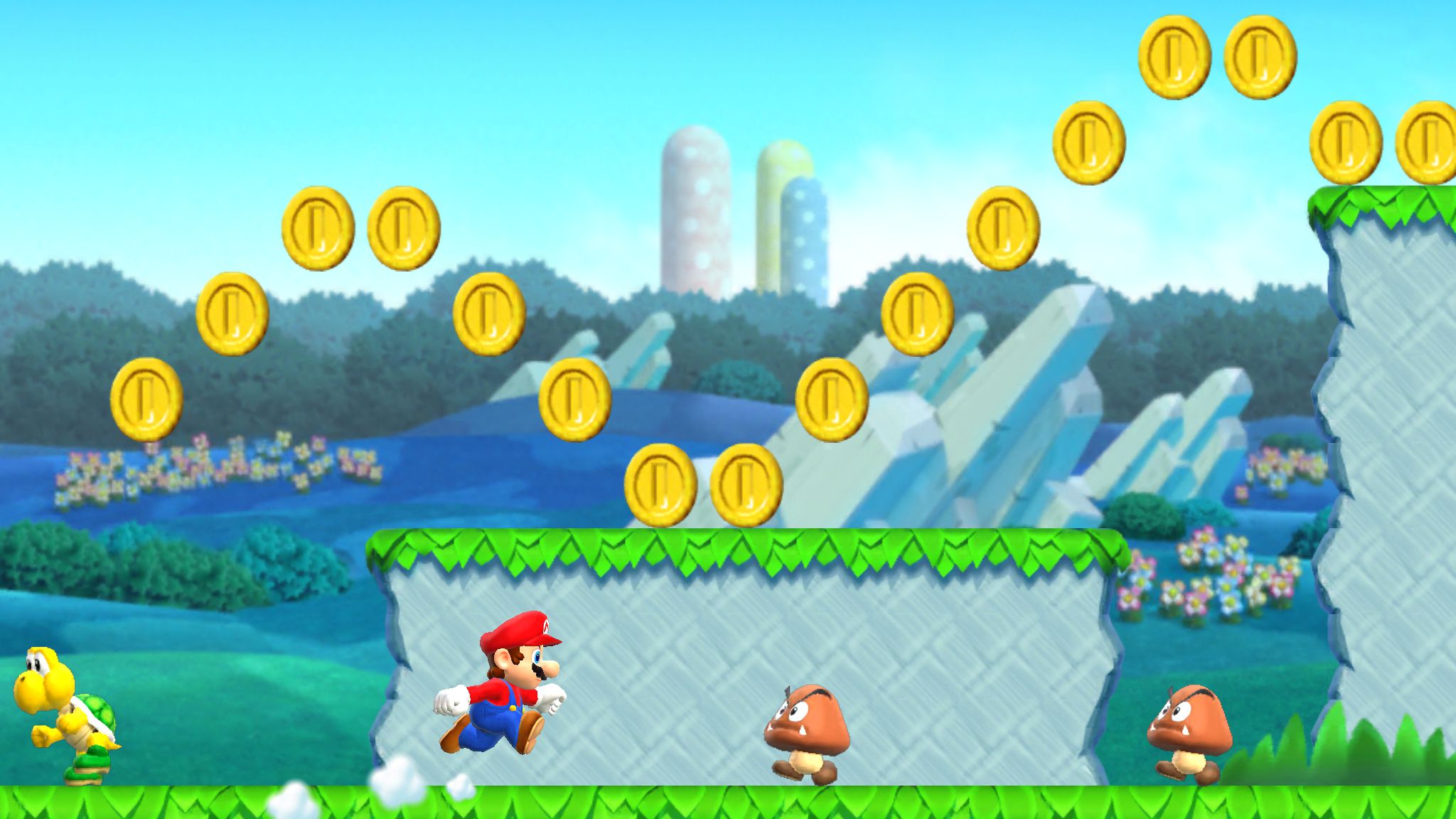 And Mario runs constantly, he can’t turn around and such like a normal game. Again, to me this isn’t a big deal, I’m glad it’s different but I get that there are a lot of people who don’t like that idea. It’s a sensible con to getting the game. I mean there is no question: if you hate the idea of Mario running constantly without your input then no, I can’t recommend you looking forward to this game. Though you can take a free spin before the purchase point if you’d like of course. It’s something that I think is good for the world he’s in but it’s something I’ve seen several people complain about for sure.

All in all, I hope the game is a smashing success for Nintendo! They’ve had a hard few years so it’d be nice to see them get on their game (hehe, see what I did there), not only with the Switch but also in smartphone gaming. And don’t forget the 3DS! Nintendo still has plans there and for other new portable consoles down the road. We want Nintendo to be around for years to come, and this Mario game is just the start of the big guns coming in the smartphone world. If it’s successful enough. Who follows? Maybe a Donkey Kong game in a similar vein? Metroid? Mario Kart? Who knows! The possibilities are endless. But Nintendo won’t make much moves towards it if they don’t see what they need, so let’s all hope Super Mario Run has a great Run on Android when it comes out in a couple of days!