With the release of Steep, we have seen some funny internet videos of people failing miserably, or achieving really amazing and impossible stunts. This is the life of a professional snow extremist, I would say snowboarder, but this game goes beyond snowboarding and skiing. With this game, you ski, snowboard, “squirrel fly” with a wing suit, and paraglide – you could say that it is adrenaline-junkie paradise.

At the start of the game you are placed in the tutorial and cannot skip through it. This is an important factor to the game, not only does it teach you how to play the game, but it guides you on how you’re supposed to build reputation, avoid obstacles, and show you what the purpose of the game is. In all honesty, this game falls into the stereotypical genre; Steep is another snowboarding, skateboarding, surfing, sport type game. Thus, the only thing that makes this game unique is the wing suit flying, paragliding, and the free roam of exploration.  The purpose of the game is to spot new base camp locations on the mountain peaks and spawn there so you can participate in new and harder challenges on the mountain. Racing NPCs or other real players, or making your own races on the free roam trail you made. 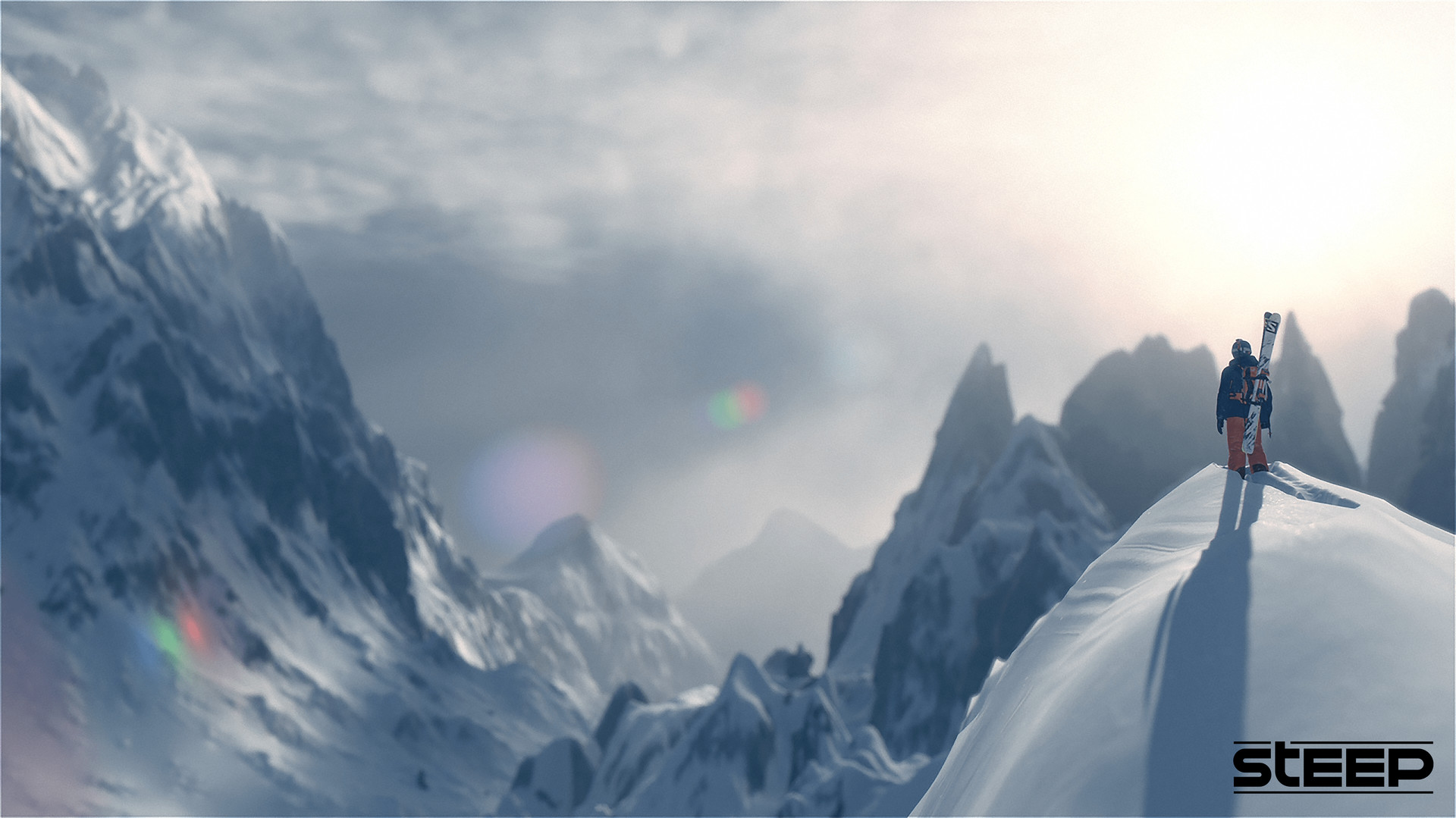 First, let’s look at the snowboarding; it’s simple. You select the snowboard option when on top of a mountain and let gravity do the rest. When you begin preforming tricks and stunts, it isn’t easy. The directions were not made clear when it came to performing a trick, this is because you flick the joystick in the direction of what kind of trick you want to preform and then release it. I assumed it was like any other sport game where you held the joystick in the direction you wanted to preform and then pull back in the opposite direction to land. Instead, you release the joystick and the computer tries to auto-land your player as best as it can.

Next on our list is skiing – pretty much the same exact feature and mechanic as snowboarding, just with simple differences in animation. Start at the peak and once more let gravity do the rest. Time your jumps properly and you have successfully skied. Personally, I prefer skiing over snowboarding, although there is no real difference, while I play, it feels as though there is a little more balance to skiing than there is with snowboarding.

The biggest and best features to the game include paragliding and wing suit flying. The wing suit is a daring and adventurous trip down the mountain, gliding down at incredible speeds. This game is most beautiful when in the wing suit; the mountain looks most realistic when flying down at incredibly fast speeds avoiding power lines and trees along the way. Paragliding is just as fun, but it feels a bit tedious and quickly becomes boring. The only time the paraglider becomes enjoyable is when you try and preform tricks with it, however, there are only two tricks you can actually do. Front flip, or backflip, you are pretty much suspended on a swing that can do full 360 rotation in a forward and backward motion. 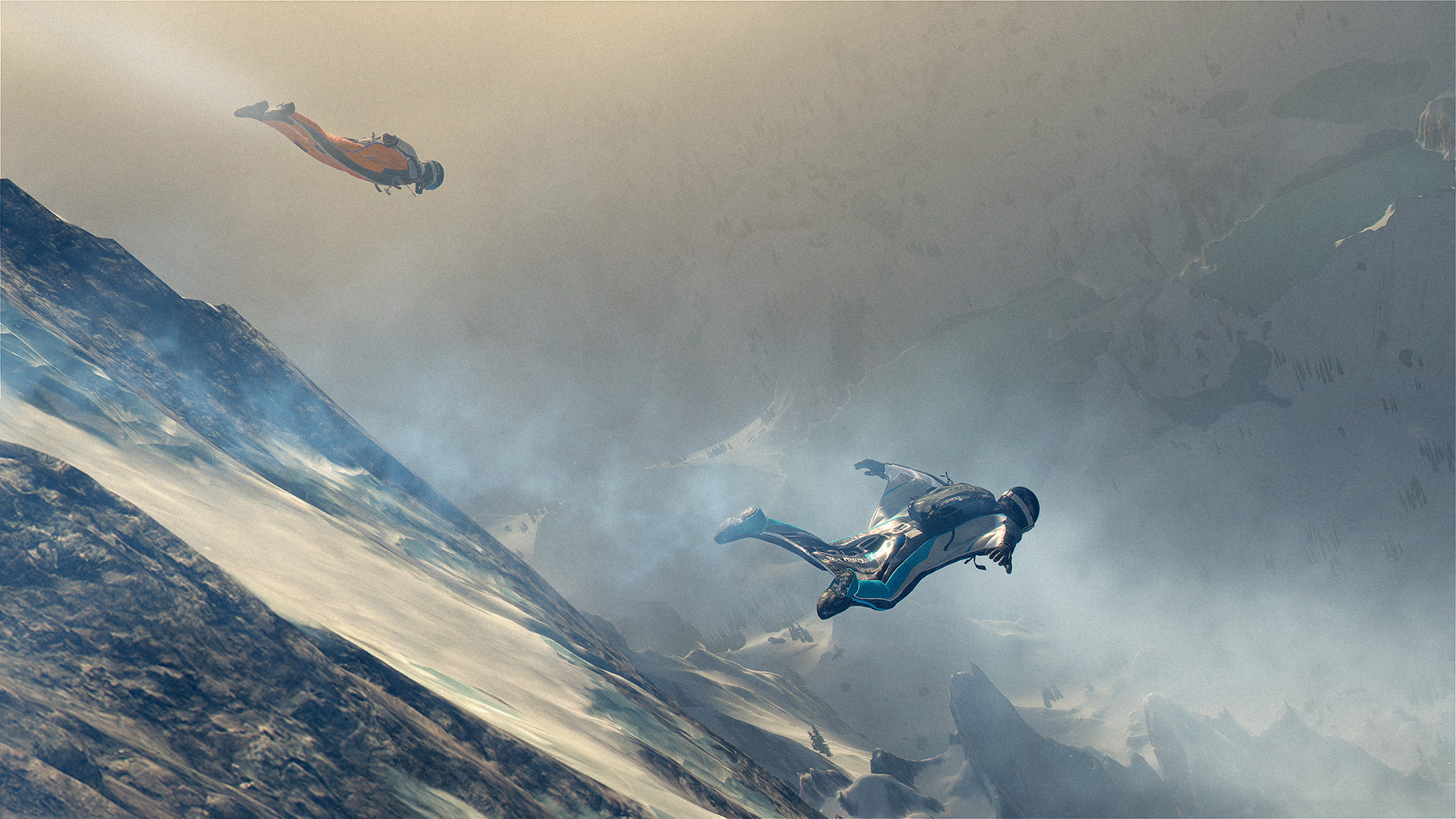 This game is a good time killer, if you don’t want to sit down for a strong three-hour gaming session, then Steep is a game that is worthy of being added to your collection – especially if you’re into this specific genre, and gorgeous wintery mountain visuals.  With that said, I give the game an 8.25 out of 10, this is because there are a few things lacking, and direction controls is of great annoyance. Once the tutorial is finished though, the game releases you and says “You are free, I don’t care what you do, find stuff.” I would like a little more direction in this game, I need some direction even in free roam games.