Snaking to Victory in Splix.io

Finally, there is an .io game that’s not overwhelmingly hectic. Splix.io is a distant relative of Snake, the classic arcade game. Snake challenged players to slither across a grid, eating food and trying not to crash. Splix.io features similar gameplay. But, instead of consuming food, you conquer territory. 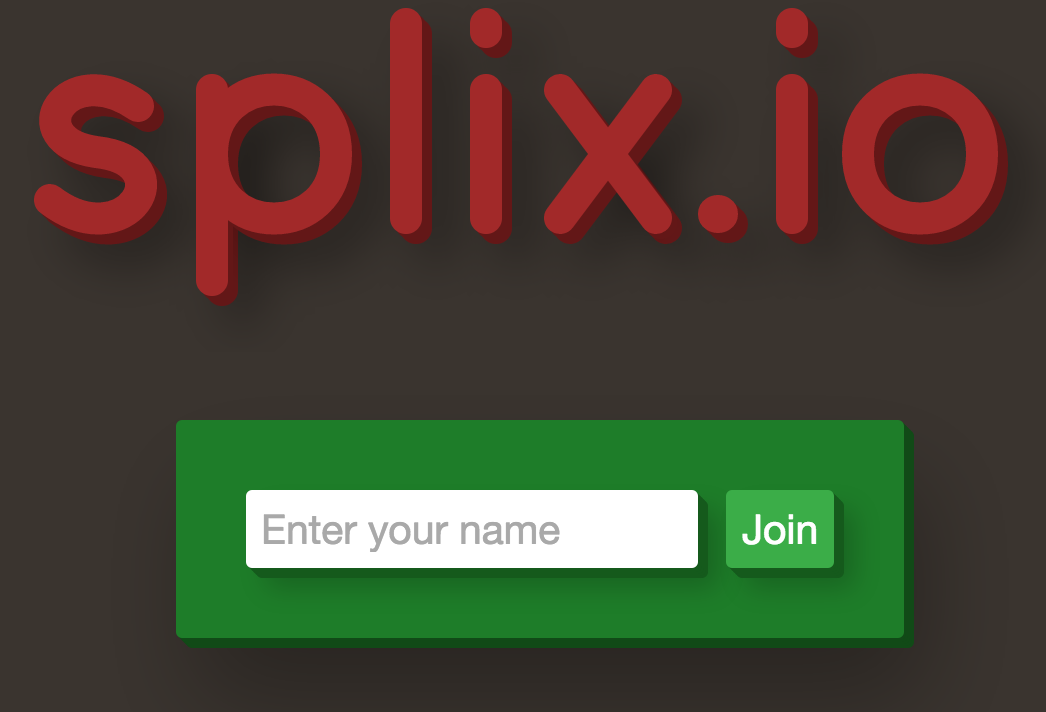 .io games have drastically grown in popularity during the past year. At first, they were easy to define: free, simple in-browser multiplayer games. Agar.io was the original eat-or-be-eaten .io hit, followed by Slither.io. Since then, slight variations and completely different .io games have been released—some to great success, and others, not so much. Splix.io developers took all of that information into account, resulting in a straightforward game with a clear vision.

Upon starting the game, two helpful messages appear: “Close an area to fill it with your color,” and “Don’t get hit by other players.” That’s all savvy gamers need to know to win. However, those two sentences might not be enough for everyone. So, an animation at the bottom of the title screen illustrates how to play. The actual controls aren’t listed on the title page, but they are what you should expect: you can use the arrow keys or WASD to control your snake. 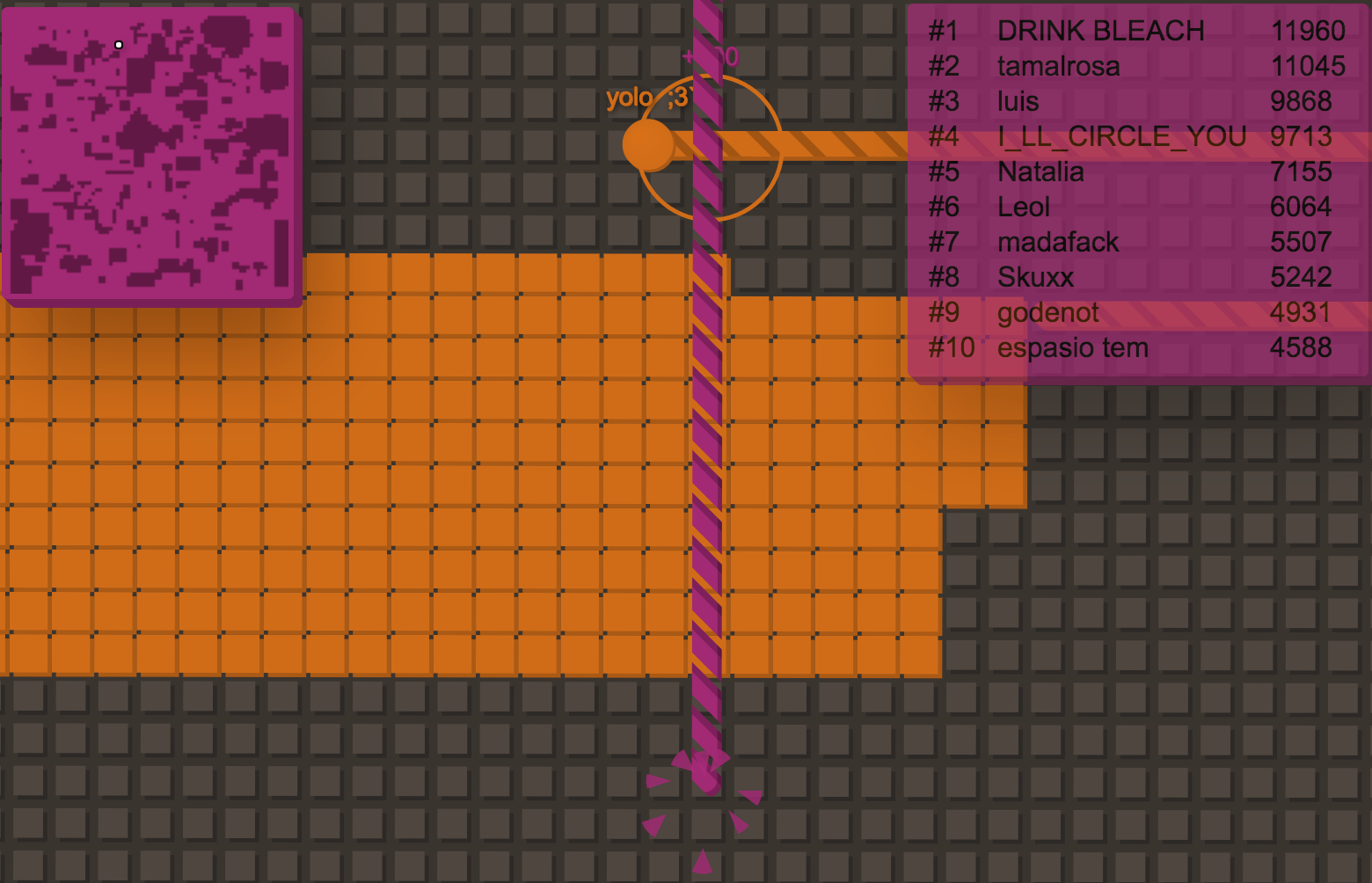 Splix.io doesn’t have any power-ups, bonuses, or crazy weapons. Gameplay stays at the same pace the entire time. This can be good or bad, depending on personal preference. For some players, the consistency is welcome, letting them casually learn how to play while developing a strategy. For others, the lack of accelerating action can make the game feel a bit stagnant.

A radar resides in the top-left area of the screen during gameplay. If you feel the action is too slow in your current location, simply slither over to a busier section of the map. The upper-right corner hosts the Top 10, which updates every few seconds. The opposite corner shows your current stats, including kills, blocks captured, score, and rank. At the beginning of the game, your score directly corresponds to how many blocks you’ve captured. Trapping and overtaking other players mid-game is a surefire way to boost your score – play it here!

After an untimely demise, you are sent back to the title screen. But now, your personal “Last Game” stats appear above your name. You will see how many total blocks you captured (including ones lost mid-game), your highest rank (regardless of rank at time of death), how long you were alive (in minutes and seconds), and who killed you (seek revenge!). You can also view the daily leaderboards, which display the top players in terms of blocks captured, time spent in first place, trail length, time alive, and kills. 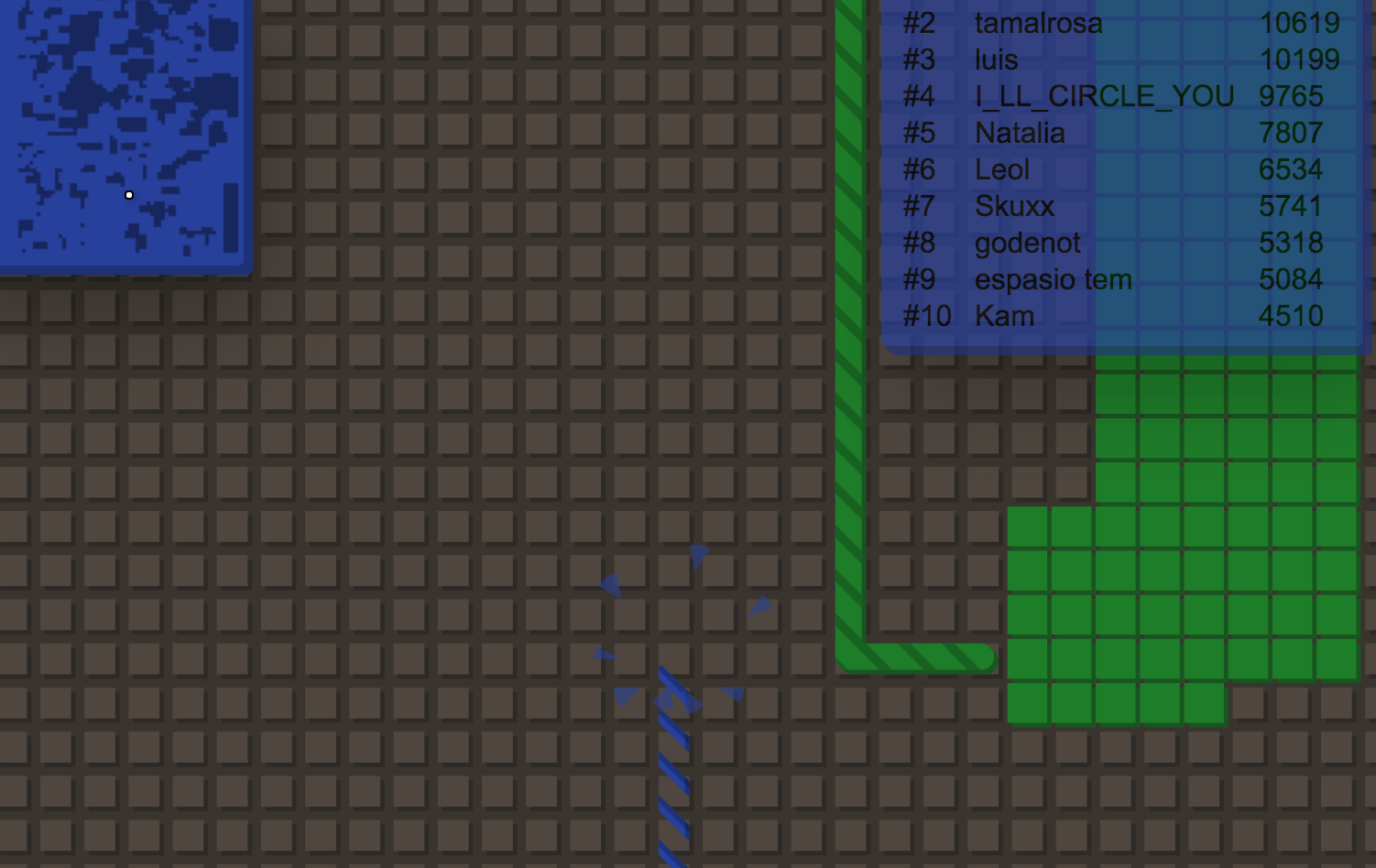 Splix.io doesn’t have any of the flashy features or neon colors of its competitors. There aren’t any explosions or crazy sound effects. Quite frankly, Splix.io doesn’t need any pizzazz. It’s a unique .io game that harkens back to the days of the original Snake that every kid can play. Upgraded for the 21st century, Splix.io is worthy of your next online gaming session.