The Scariest Horror Games Ever Created

If you have nerves of steel and don’t mind being scared out of your skin, there’s plenty of games which fit the bill. Far more than just combat or shooting, there are some games which have cornered the market on fear.

Some trade on making you jump out of your skin without warning while others bombard you with violence and horror from the start. The one thing they all share in common is the ability to utterly terrify the player in creative and disturbing ways which are impossible to forget.

If this sounds like your idea of entertainment, take a look at four of the scariest horror games ever created. It’s time to switch the lights off, endure the glow from your monitor screen, and get prepared for some ultra-scary games. Let’s continue. 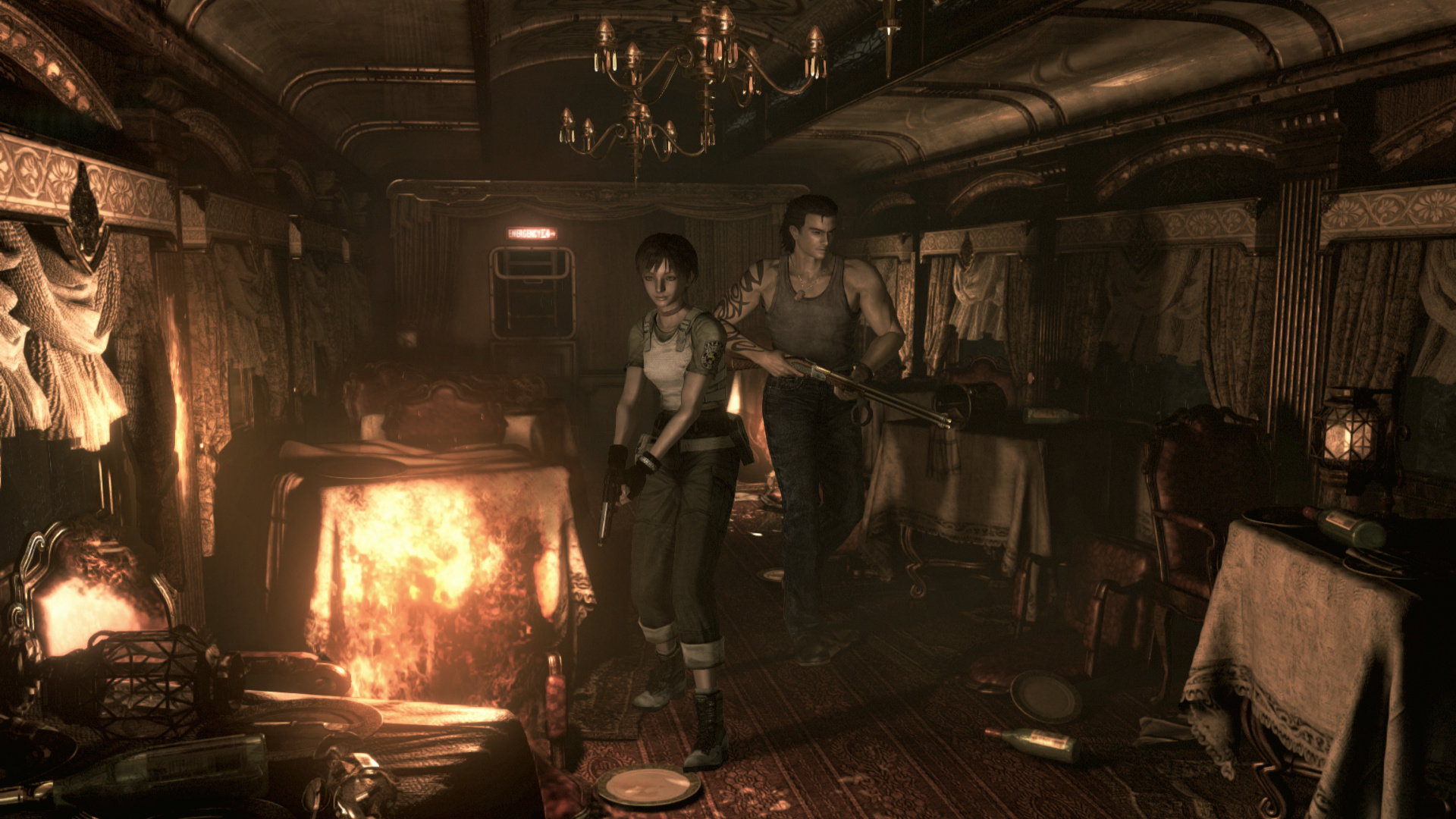 No list of scary horror games would ever be complete without mentioning the Resident Evil series, numbered 1-7 with the latest release in 2017. Available on various platforms including PC, PlayStation and more recently the Xbox, it’s a survival horror game that is guaranteed to make you jump out of your skin.

Created by Capcom, zombies are the constant theme within the whole series and these aren’t the friendly type! The aim of the game is to escape with your brains intact but you’ll need to solve puzzles along the way while there’s plenty of shooting and stabbing the undead too. However, be prepared for your enemies to be stalking you as well; these can pop out of seemingly nowhere so you’ll need to be alert at all times. Each of the games in the series has its own specific mission but overall, the goal is to thwart the evil Umbrella Corps. If you were to pick just one of the series, RE 7 would rank the highest in terms of sheer terror. Be warned: the Baker family are not people you’d want to bump into in the dark. 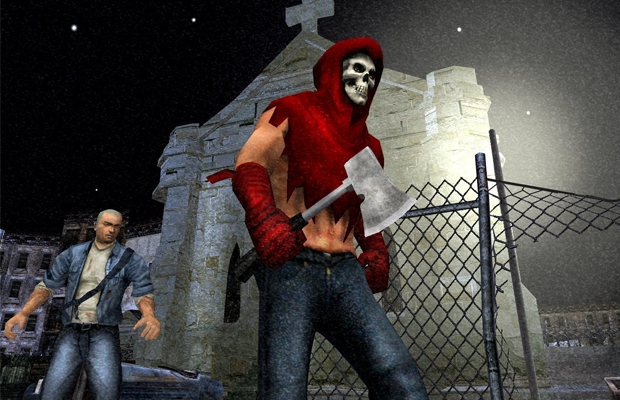 If you want a game that will haunt your dreams and leave you feeling psychologically disturbed, Manhunt is the one for you. Banned in several countries because of the controversy and sheer graphic violence, this game will get under your skin in a way no other has before.

The story centers on James Earl Cash, a death row inmate whose execution is faked. Cash (you, the player) awakes to find himself trapped in a locked city, forced to fight and kill a series of gangs in order to survive. There’s a Director who “helps” Cash via an earpiece but he’s the one who’s essentially forcing the death row inmate to take part in a snuff movie for his own pleasure. But it’s not just Cash who’s hunting the gangs, he’s being stalked too and at any moment a killer may spring out of the shadows to deliver a vicious – and deadly – beating. Quite aside from the level of violence depicted realistically onscreen, one of the more chilling aspects is the use of the microphone feature. Entirely optional, when it’s plugged in, players can use their own voice

to lure gang members closer to attack but beware! If you cough or many any other noises you might also attract the attention from other killers unintentionally, giving away your position and leaving you vulnerable to attack…. Just like a real like ambush, you’ll need to be silent if you want to escape with your life. 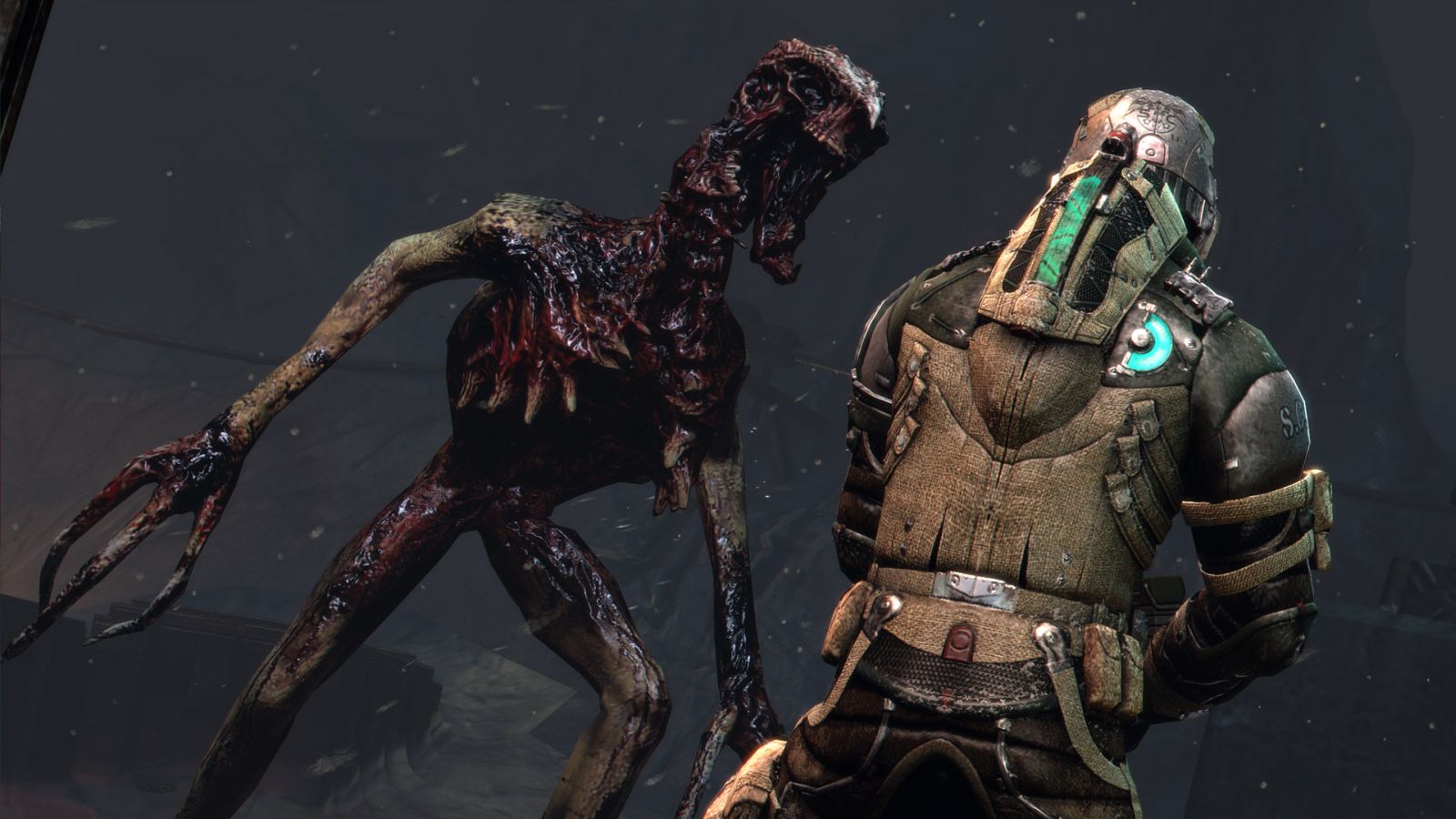 This game is set in space (as you might have guessed from the title) and once you realize it’s aboard a mining vessel, you’ll know that things are going to be bad. These types of industrial ships are filled with potential weapons of the most gruesome kind, so it doesn’t take a genius to figure out the direction this game is going to take.

The action takes place on the ship where the crew has been slaughtered and their corpses reanimated by Necromorphs, a horrific alien breed. Players take control of Isaac Clarke, one of the ship’s engineers who’s pretty handy with the tools such as the plasma saw and rotary cutter. Clarke boards the vessel to try and restore communications but discovers he’s been delivered into the middle of a true survival horror situation, and to escape he’ll need to dismember each and every Necromorph. There are some unusual visual effects with holographic images allowing weapon selection for example, but while you’re browsing for your choice of implement the game carries on in real time so prepare to be attacked! Death doesn’t come swiftly, peacefully or quietly for players in this game. You can count on shocks, violence, and some really nasty corpse aliens. Don’t say you weren’t warned. 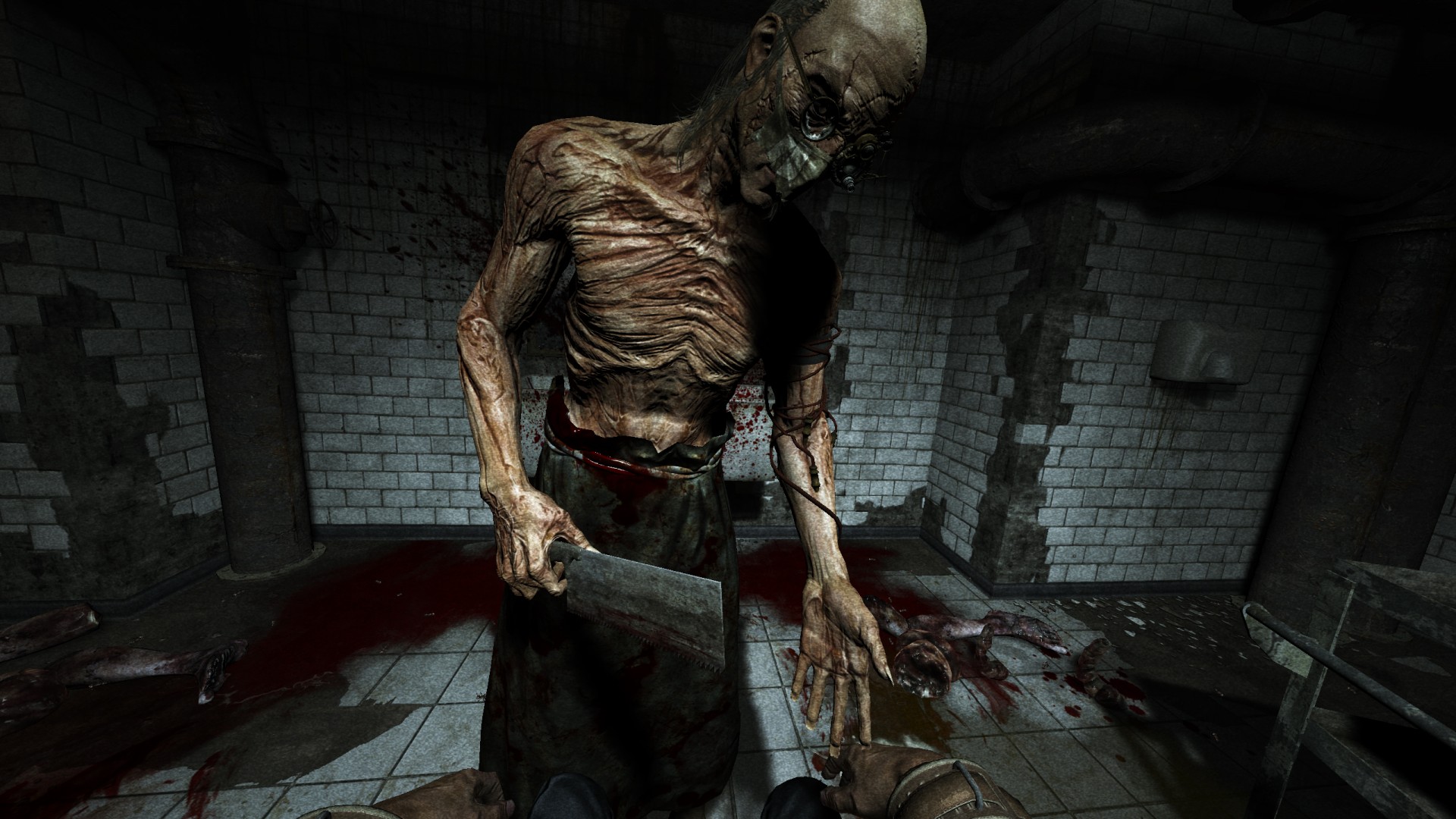 This is possibly the world’s most gruesome game of hide and seek, where the player has no options other than to run and hide. There’s no combat involved and that alone makes this game stand out, but it also really ups the fear factor.

It’s set in a fictional mountain asylum, but based on a real life densely-forested Colorado location which is rumored to have been the spot where the CIA conducted mind control experiments and torture back in the 1950s. The plot revolves around a reporter, Miles Upshur, who receives a tip-off that things aren’t what they seem at the asylum so goes to investigate. Bad move. Upon arrival, it’s clear that matters have escalated, and there’s a nightmarish creature on the loose. But there’s no easy escape as you’ve been locked in, and your sole aim of the game is to try and find a way out. With a first-person perspective, there are no weapons, but you can run, crouch and occasionally hide if you’re lucky. However, once you’re spotted by the thing that’s stalking victims, your time is limited as you’re relentlessly pursued in a terrifying chase. A true stealth horror, there’s flickering lights, dead ends, and the chance to peer around corners to try and see what’s ahead but all of this just contributes to an atmosphere of almost unbearable tension. Originally released for Microsoft Windows, this was quickly followed up with versions for the PS4 and XBO. 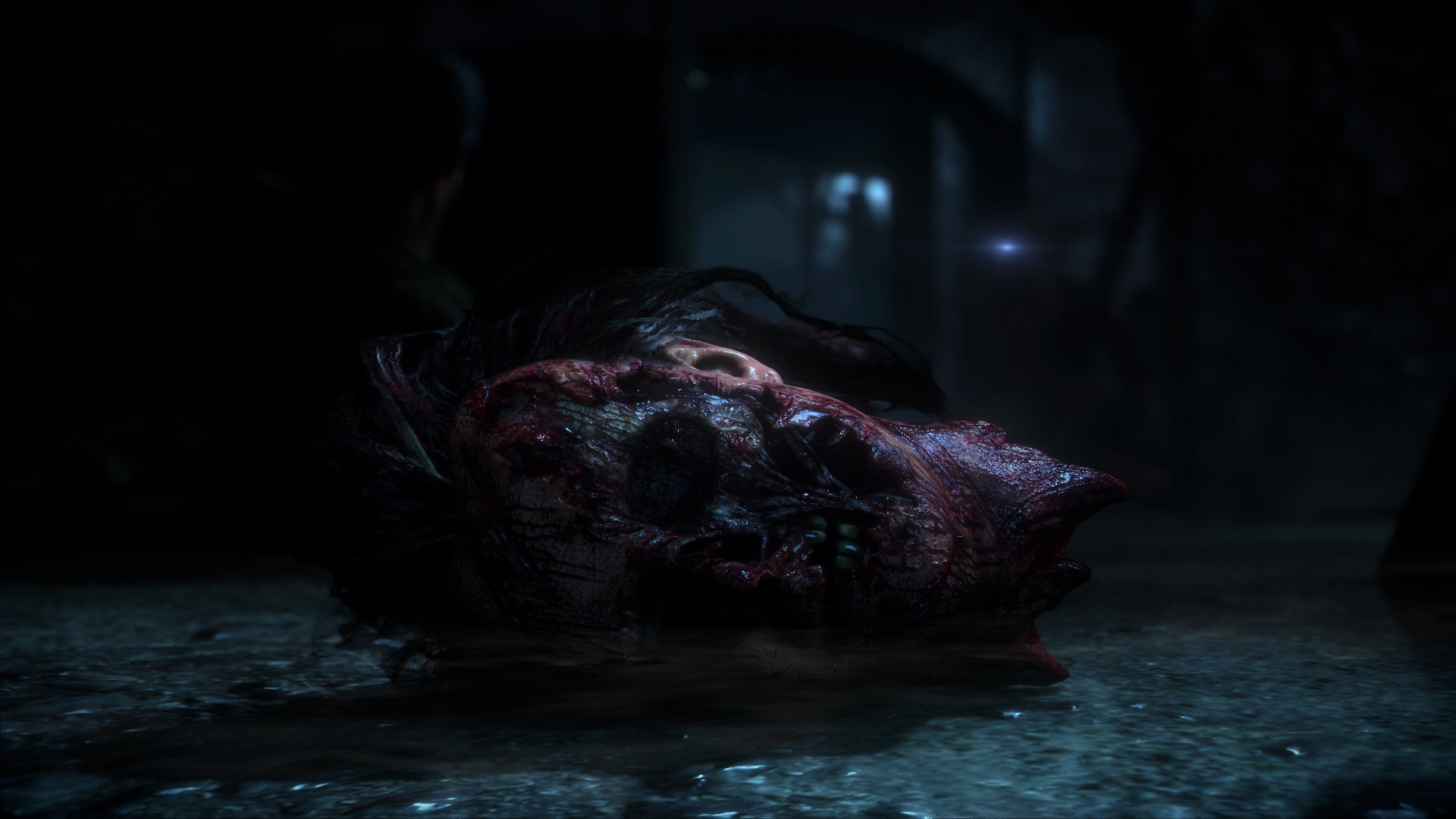 This PS4 exclusive takes no prisoners, neither does the serial killer hunting the group of friends who thought they were having a vacation away from city life. High in the remote mountains, the group of friends quickly realise they aren’t alone, and something or someone is lurking around in the bitter cold night. Beautifully presented, Until Dawn provides a story that evolves based around the decisions the player makes. The setting is beautiful, the crisp remote mountainous setting provides a really scary element to the gameplay. Until Dawn appears tame until you witness those unexpected heart-wrenching moments – such as the featured image displays. What’s more, if you own PSVR, PlayStation’s VR headset, then you’re in for a treat, since Until Dawn: Rush of Blood extends gameplay to a virtual experience.

Friday The 13th: The Game 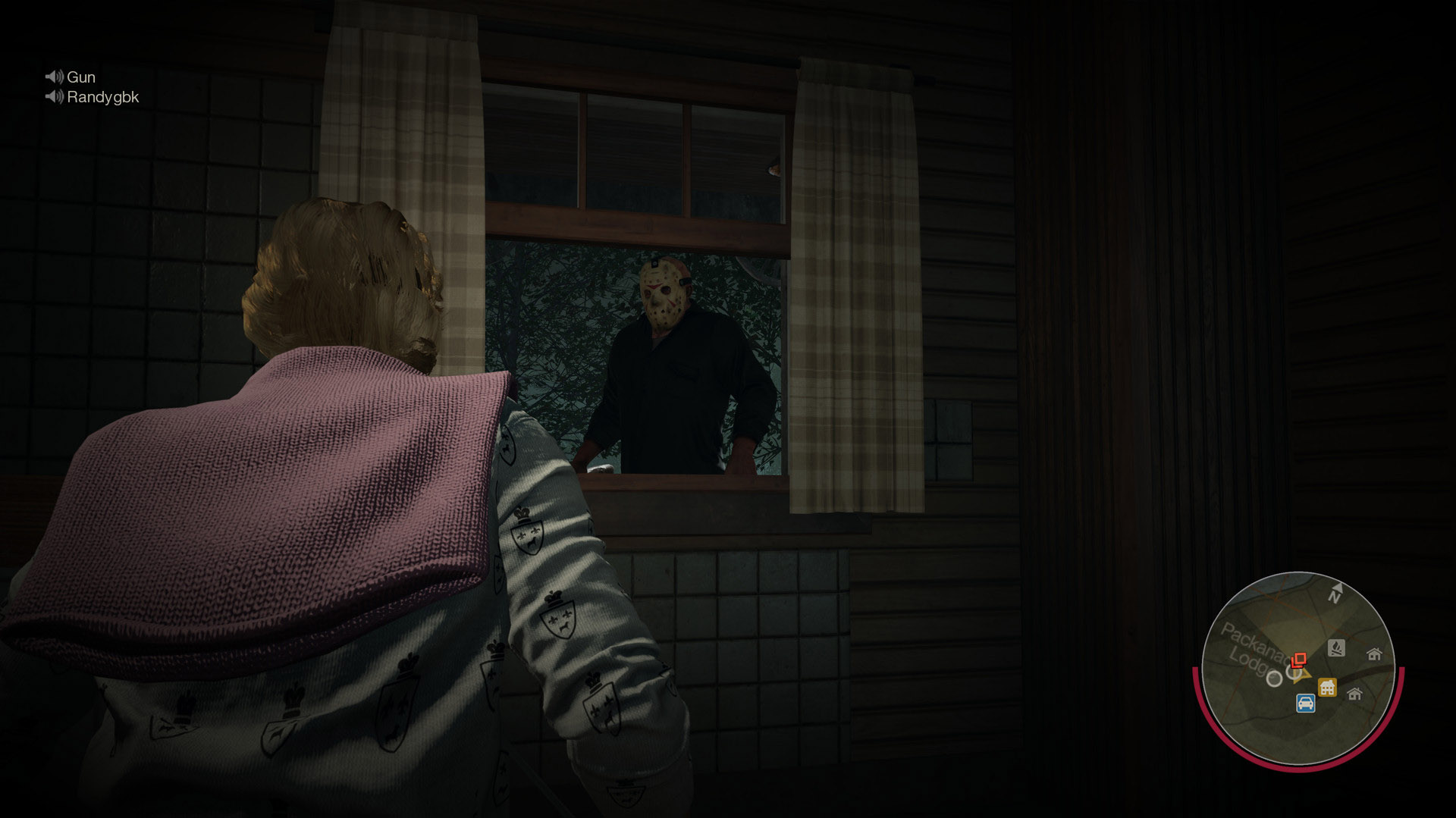 Perhaps one of the best movie horror franchises ever made, Friday The 13th was always destined to attempt a replica experience for gamers. Interestingly, a new movie was expected to continue Friday The 13th, however, this was greeted which huge disappointment among fans, as it was unexpectedly denounced. With that said, the gaming community ignited with excitement once they a title was being developed as a video game. Sometimes, expectations can be set too high. Consider the resources available to the developer, and Gun Media, the creators, have done a fine job. Yes, you’ll find flaws, but the core gameplay is excellent – and certainly scary. Initial online server issues plague this online-only game, but these problems appear to be in the past. With deeper pockets, Gun Media could have turned this into one of the world’s most amazing horror games, but realistically speaking, this is still a horror title that bucks the trend. Since this game is attracting popularity, I wouldn’t rule out the re-announcement of the movie.

As visuals improve and technology advances, the horror genre is one area that is truly evolving. From virtual reality to movie-styled graphics, horror fans are in great shape to continue seeing some amazing releases. Since we want this to be the best list for scary horror games that are perfect for Halloween, we will continue to add games that prove the ultimate scary experience. Thus, which are your favourite horror games? Be sure to leave the list in the comments below – we’ll be watching out and ready to feature them in this editorial if we agree.