For all intents and purposes, Chris Sawyer Productions’ (including Frontier Developments, for the Xbox) original “Rollercoaster Tycoon” is the granddaddy of all the amusement park sims out there and still stands alone as one of the better specialized simulators available for those who get a kick out of management and resource allocation.  One could even argue that the various elements added in RT 1 actually helped to influence a slew of other titles, including some well-known RTS games which are in no way similar in style.  Because of its influence, we’ve decided to take a “retro review” / nostalgic look back on it, pointing out why it remains one of the coolest games ever conceived of… 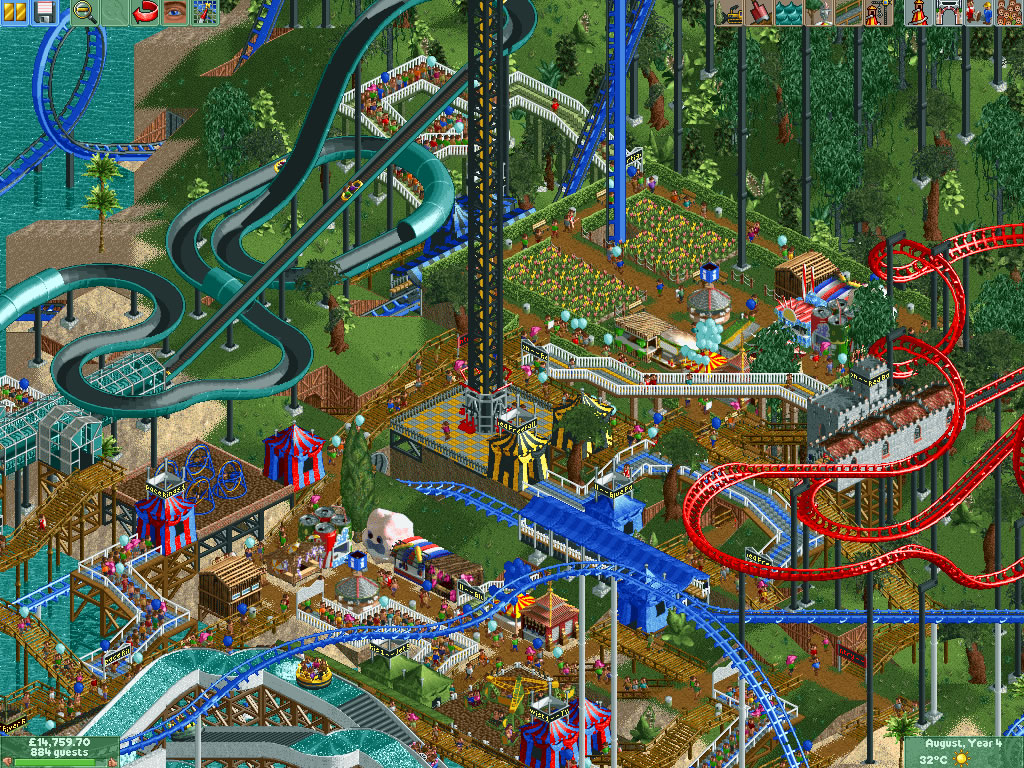 It would be all too easy to simply say that Rollercoaster Tycoon is really just an amalgamation of the various sim games which were popular around the time of its release (1999).  This was the era of rather simple and somewhat crude titles and developers were still working to push the graphical and technical boundaries of what was possible in conventional PC gaming, obviously.  Nevertheless, RT sort of plays like a mixture of several other offerings, like “Theme Park”, “Coaster” and others; however, to afford it an imitator label would be a major mistake.  The truth is, the people responsible for it actually struck a bit of gold, finding ways to fully integrate all the various elements of other emerging sims into one palatable package which ends up feeling like “more than the sum of its parts”.

Naturally, the real focus of RT is coasters though, with users being able to built a staggering assortment of different types of them, including the ability to integrate corkscrews, zero g rolls, as well as alter every aspect of height, direction and of course, steepness.  Moreover, you aren’t simply limited to conventional coasters either; you can opt to create attractions like bumper cars, log flumes and even carousels.  Built into the game, your visitors have various levels of tolerance with regards to general nausea, meaning that depending on how you actually build your ride(s) they will become popular or something to feared or avoided.   It was this level of interaction (including a whole host of other intricacies) which ultimately made Rollercoaster Tycoon such an immersive experience. 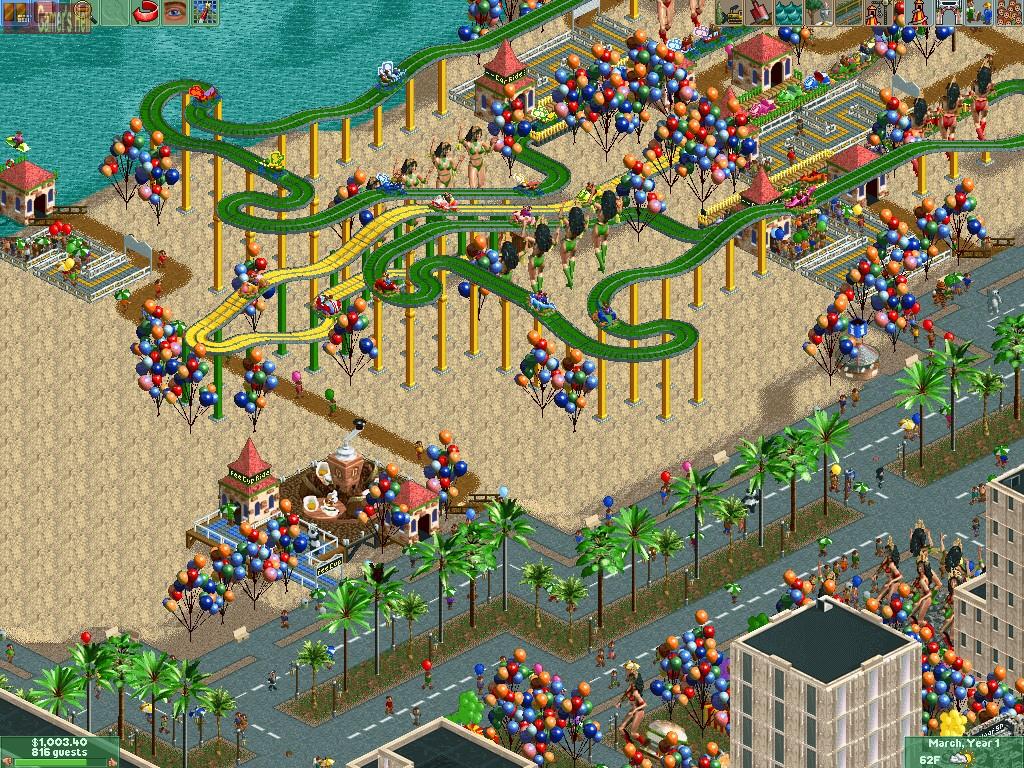 Aside from the 20+ scenarios included with the original game, there were also a number of expansion packs created for RT, including Loopy Landscapes, Corkscrew Follies and many more (each one adding 30 or so additional scenarios). Furthermore, each scenario contains its own objectives to be completed, meaning that some are much easier to complete than others.  If you’re lucky enough to run across one of the bundled packages, which includes up to 3 add on packs included, then you essentially have hours of awesome retro gaming to dive into with a very large array of possibilities at your fingertips.