Consider, if you will, the strange and wonderful world of racing simulation games. From Codemasters’ F1 series to Slightly Mad Studios’ Project CARS, the art of driving cars really fast around increasingly dangerous tracks has been represented in as many ways, shapes and forms as it’s possible to imagine. If you’re a gearhead and you love customisation, no problem – you’re catered for by franchises like Need For Speed and Gran Turismo.

Of course, motorcycle fans have plenty to choose from in this area, too. Franchises like MotoGP and MXGP cover all the major motorcycle racing events, and many games which focus primarily on cars also allow players to take some of the most iconic bike brands out for a two-wheeled spin on their beautifully-rendered courses. To put it simply, it’s not a barren market, and there’s plenty of competition for the best racing game going.

One game that’s competing for this title is Milestone’s Ride 3. Milestone is an Italian company that’s also responsible for the MotoGP series, as well as standalone titles like Monster Energy Supercross and the rather straightforwardly-named Valentino Rossi: The Game. Milestone has serious experience when it comes to creating vividly-realised motorcycle racing games, but they’ve never quite scratched the itch of the casual gamer; their games are fairly well-received among fans (mostly), but that (moto)crossover appeal has eluded them.

To some extent, Ride 3 is aiming to change all that. In the past, Milestone’s games have perhaps suffered from a lack of what we’ll call “ancillary content”. Their physics and overall racing feel have always been superb; watching bikes kick up the gravel behind them as they speed at a terrifying pace across some of the world’s most beautiful vistas has always been a pleasure Milestone has been able to cater for. It falls to Ride 3, then, to strike a better balance between approachability and simulation, to bridge the divide. 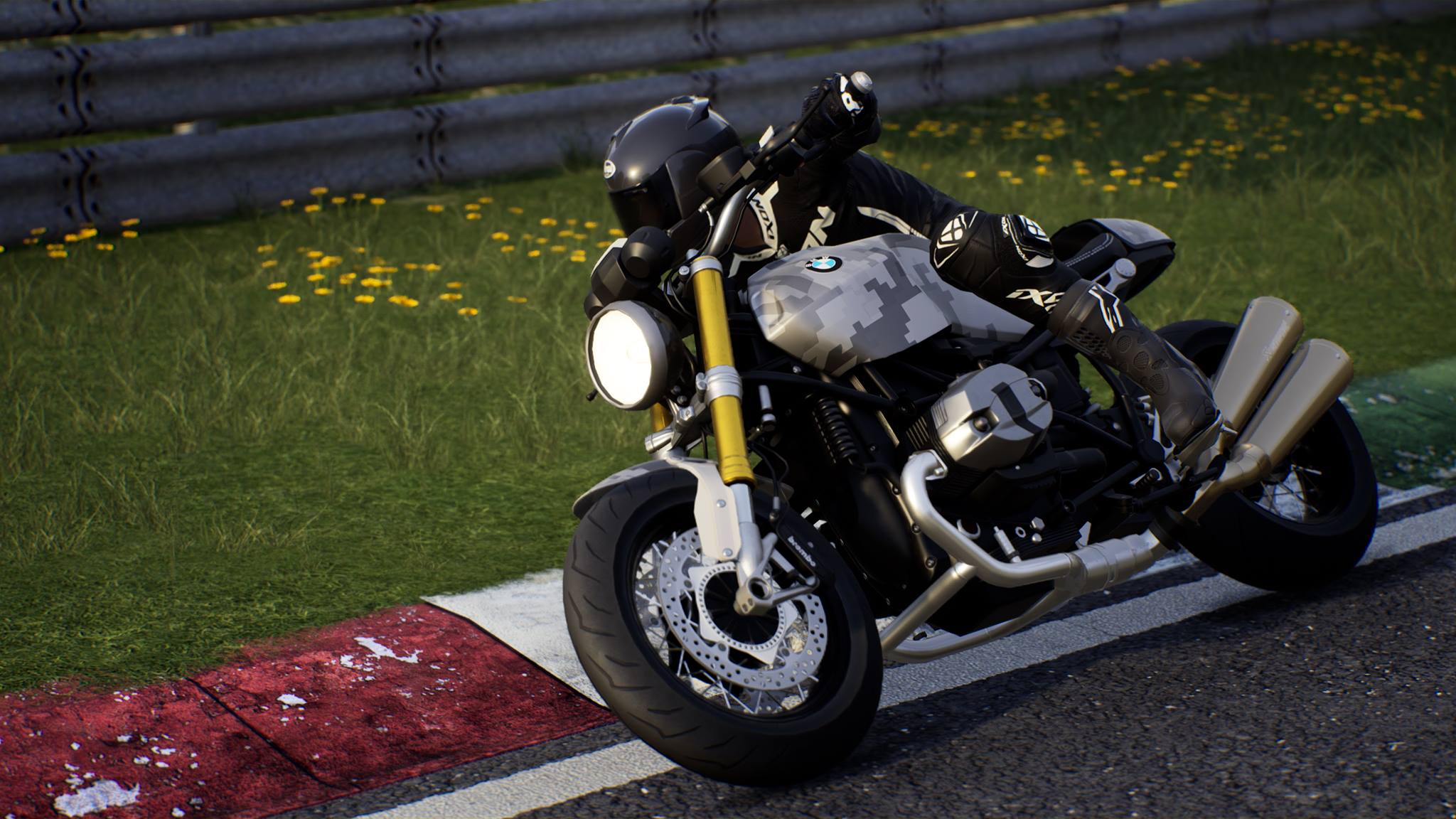 In many ways, Milestone’s newest motorcycle title succeeds. The difficulty in this game has been significantly improved over that of its predecessors, and there’s a new (slight) emphasis on accessibility that’s totally optional for returning veterans but offers a gentle difficulty slope for newbies. The settings in Ride 3 strike a nice balance between ease of use and payoff; turn on assists and automatic dual-side braking, for example, and your bike will move slower, but you’ll make turns easier. All of this adds up to a game that’s far more agreeable for those who aren’t in the know when it comes to motorcycle games, meaning newbies and vets alike can appreciate the game’s improved controls and physics.

This accessibility bleeds into the new career mode, too. If you’re not a tuning nut, you won’t need to fiddle with any of the game’s exhaustive customisation settings to enjoy the single-player. Career mode is focused on “volumes”, issues of magazines that feature specific challenges centred around certain categories and events in the world of motorcycle racing. One volume, for example, might see you racing only superbikes or naked bikes; another might take you to a specific location and ask you to set a time trial record.

It’s a nice way to get non-fans involved; the locations (30 of them) and bikes (230 of them at launch, with 70 promised as DLC) are all real, but the way career mode is structured is decidedly “video game”-y. There are times when this works to the game’s detriment; Milestone still hasn’t quite shaken the feeling of repetition that often dogs its career modes, and if you’re not deep into the lore of motorcycle racing, each challenge can start to feel a little repetitive after a while. Still, bike lovers will appreciate the variation between different bike categories, and the visuals are breathtaking, so there’s always something to love. 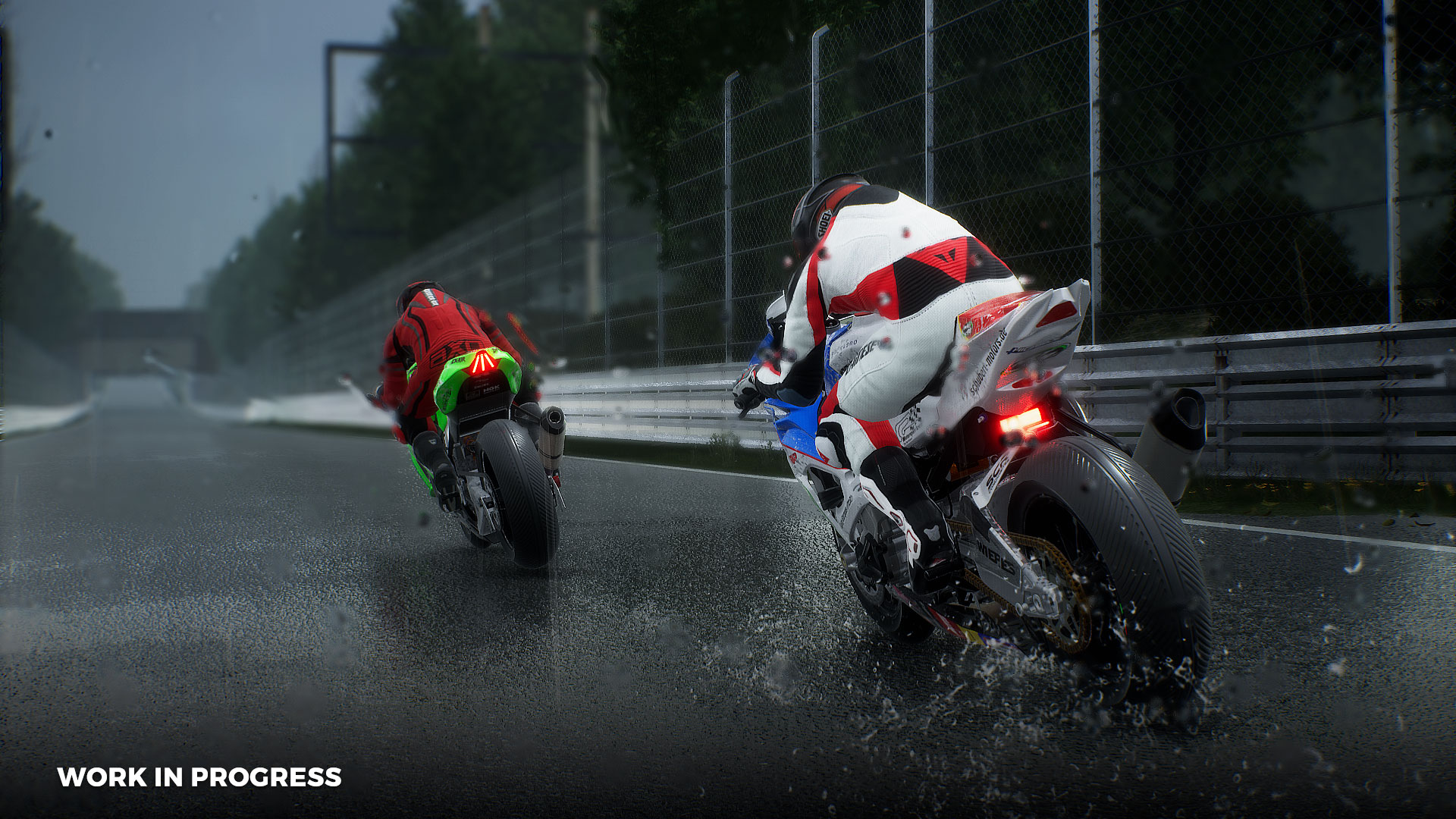 One feature which tuning fanatics are going to love in Ride 3 is its customisation. The game offers players the opportunity to delve into an oceanic tuning system rammed to the gills with aftermarket parts for their bikes; you can tinker with wheels, exhaust, clutch, brakes and many, many more features until you’ve built the perfect bike for you. There’s even a new visual livery customisation system that allows you to design and perfect your very own logo, and Milestone director Luca Cafasso claims the system is powerful enough to “draw the Mona Lisa” on the side of your bike.

In practice, this doesn’t quite feel possible. Sure, the system technically offers the opportunity to customise til the cows come home, but the editor is a little more fiddly and awkward than that would imply. Don’t get us wrong; it’s probably about as well-executed as a logo editor could possibly be on a console game, but PC fans are going to get the most out of this system as controlling a paintbrush with a DualShock just doesn’t feel great.

All of this isn’t even mentioning Milestone’s new Unreal-powered physics system, which feels responsive and chunky, or the incredible visuals, which should probably feel like par for the course given how often Milestone knocks this aspect of their games out of the park. Each location is rendered with breathtaking accuracy, thanks in part to painstaking photogrammetric technology and drone-scanning, while bikes kick up gravel and rev with the volume and attitude one should expect from a professional game like this one.

Many staff members at Milestone are apparently bikers themselves, and that feels apt; Ride 3 carries not only a sense of realism, but also of love and attention. There are flaws galore: the career mode is repetitive and rot sets in quite quickly, the graphics are prone to the occasional hiccup, and non-bikers aren’t going to get the same mileage out of this as fans of the sport. Still, Ride 3 represents a very respectable entry into an increasingly crowded genre (albeit crowded by Milestone games), and it’ll pass the time more than pleasantly enough, especially if this is your chosen area of expertise.