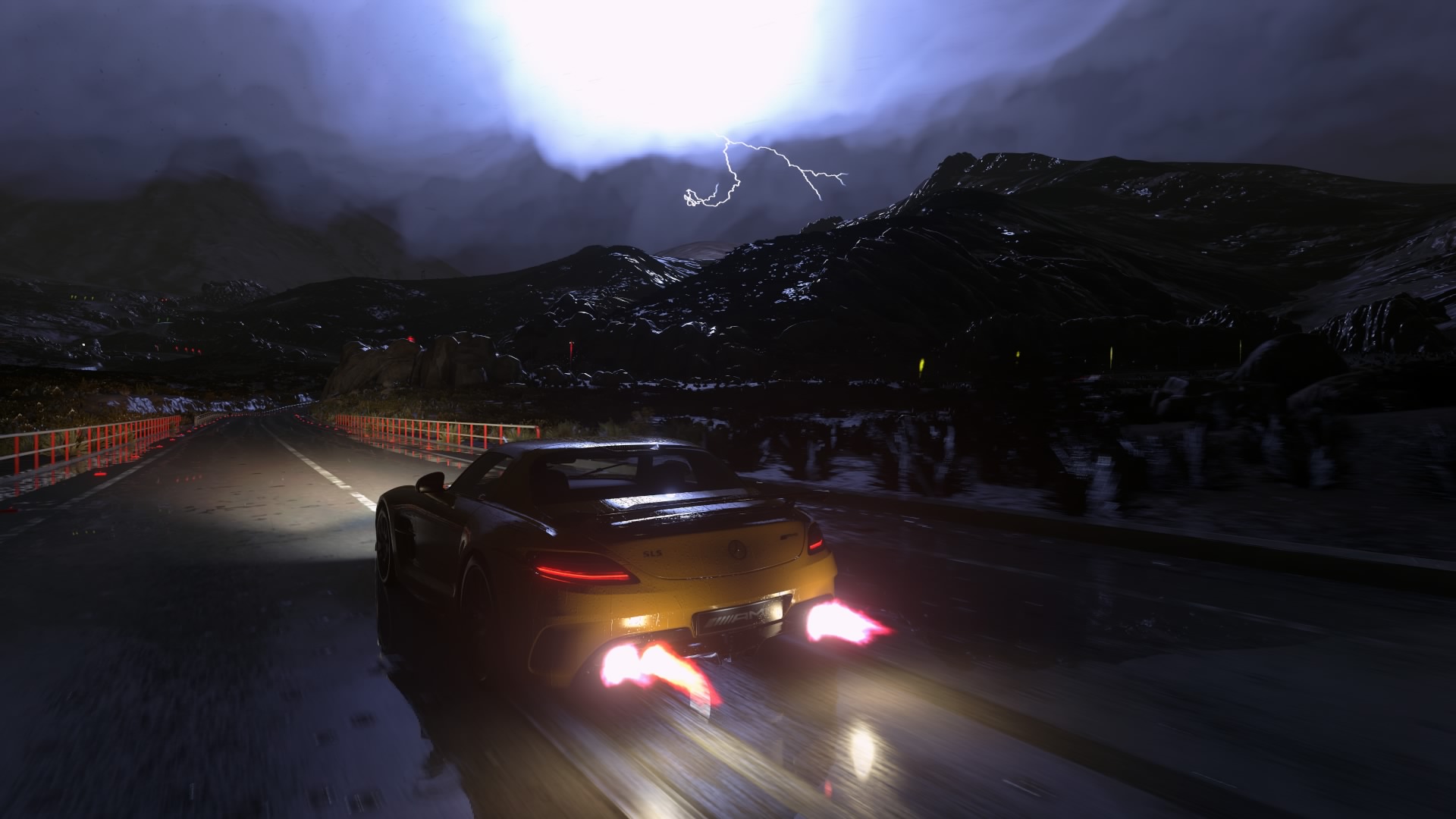 This PlayStation 4 exclusive hopped onto the scene late 2014 with somewhat of a rocky start. A mostly forgettable driving experience and from all accounts, a competent but flawed racing game. The developer, Evolution Studios, put in a lot of effort to make things right in the following months. As of today you are looking at one of the most impressive racing games visually to date.

From the beginning it was pretty, night and day effects, impressive lighting and even volumetric clouds which would make for interesting driving through fog. One of the largest patches to be applied to the game after the fact is what made this game stand apart. It added a level of realism of realism with the type of spectacular weather effects we’ve have always clamored for in a game where we want to be submersed in a world and then drive really fast through it.

If you chose to miss this game due to the lackluster reviews and a poor launch, it definitely needs to be revisited. I dare you to drive on a rain slicked course, trees flying by in your cursory vision, droplets of rain obscuring the view as windshield wipers frantically try to clear them away, and feel a bit of stress, and also a smile come to your lips. 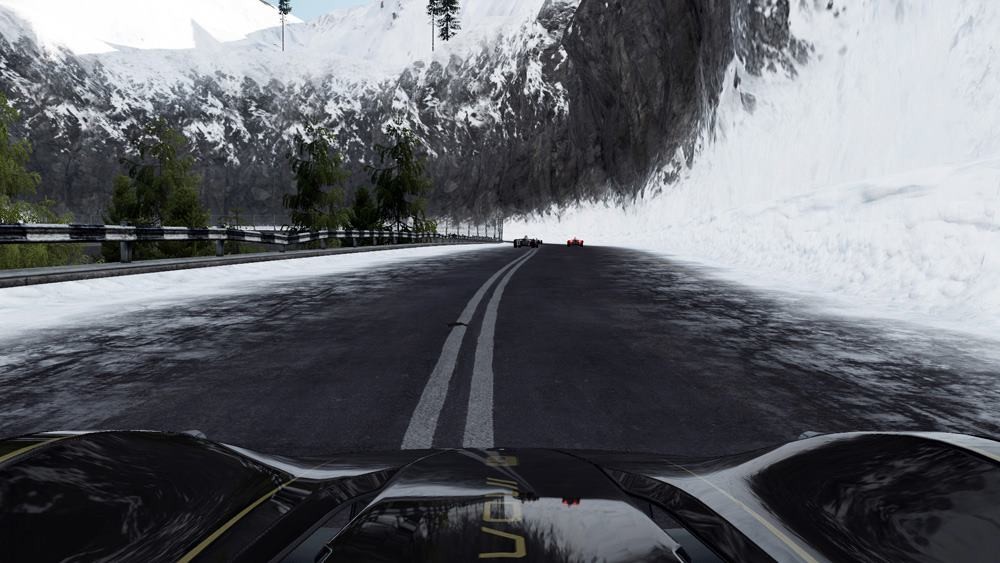 While not due out until later this year, this game is being touted as one of the deepest racing game simulators to date. It has an impressive list of features and if you are a racing fan, it’s one not to be missed. While you can spend hours messing with minute details on each and every vehicle you can also jump in and start racing right away.

Most of the comparisons as far as weather effects visually speaking is being compared to Drive Club’s stunning graphics, but also with having a dynamic element similar to what you see in Forza 2 Horizons. With what seems like a perfect mix of both worlds, it is definitely one to keep an eye on, and if you are a true racing fan, one not to be missed. 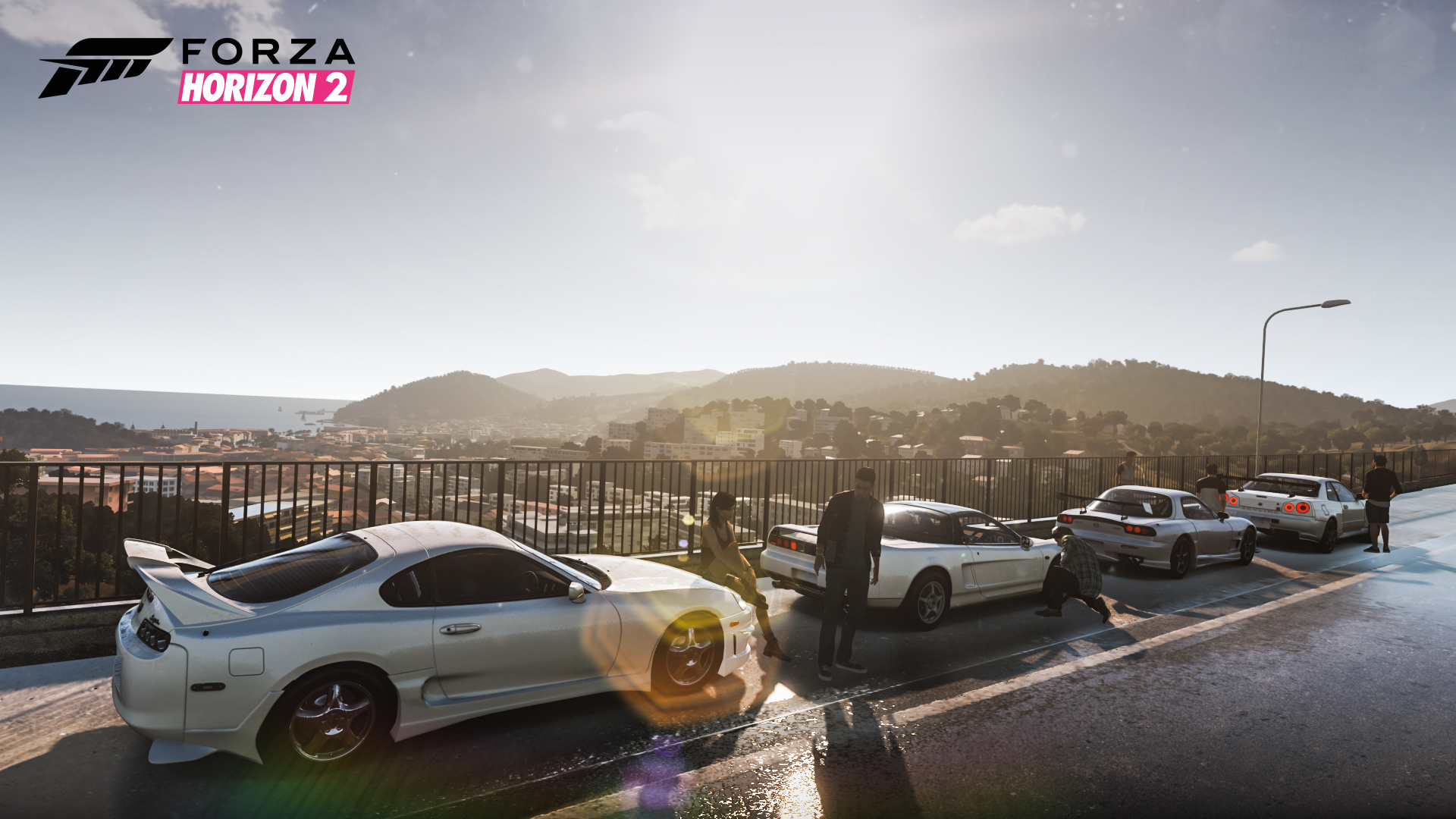 Forza, being a long running series in the racing genre, has had its ups and downs. Forza 5 was hammered for the lack of weather effects and night driving, which many thought with it being debuted as a next-gen game that it was severely lacking in what next–gen console was capable of. This did not sit well with the developers.

With the release of Forza 2 Horizon, those criticisms were answered, and answered in spades. The new weather effects are, from a technical standpoint, astounding. This is not the run of the mill weather effects where you start and end the race with high winds, rain or snow. It’s dynamic and with quite a few different systems for every type of weather condition, all interacting together, including rainbows.

Take rain for example, as moisture builds in the atmosphere, you will see the clouds build as well, to where it reaches the point where the moisture becomes rain falling from the clouds. The dynamic part and all the different systems working together will provide different results every time.   This adds different scenarios even if you are passing over familiar ground. The rain, doesn’t just go away to reveal a dry track, the realism still abounds as it needs time to dry, so the road may take some time before you actually regain the control you would have on the now sunny day.

Past that, Playground, the developers put a large amount of effort and research into how these atmospheric conditions will interact with every material present on your vehicles. How it will affect the different types of tires and what conditions they are presented will wildly affect the steering and braking. To see the wind change the direction of the droplets running down your windshield may not seem very noticeable while trying to pass the lead driver for the coveted first place position, if you take the time to stop and look around, it is impressive.