Among the faithful, Dark Souls is known for its complex, deep lore. While the narratives and backgrounds of the worlds and characters in the Souls series (and games related to that series like Bloodborne or Elden Ring) might not be immediately apparent, poring over item descriptions and piecing together disparate elements of lore are activities that the fanbase absolutely adores.

With that said, most Dark Souls fans have their favourites when it comes to series lore. Some prize ambiguity, while others prefer a more straightforward approach (such as it is in the Souls series, of course). We’ve got our own opinions as well, of course. Here’s our ranking of all the games in the Dark Souls series, as well as other From Software spiritual successors and predecessors, based on their lore. 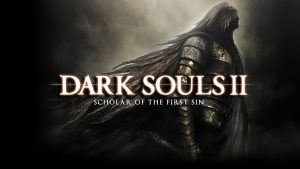 We know that Dark Souls II has its fans, but for us, the lore in this one never quite came together. The locations you visit feel disparate and disconnected, and not just in the famous case of the lava castle sitting improbably atop a diseased valley. Enemies rarely feel like they have any connection to either the area they’re in or to other areas and enemies, and too many Dark Souls II bosses feel like attempts to recapture the glory of its predecessor rather than efforts to stand out by themselves. There’s still fun to be had in piecing together Dark Souls II’s puzzle, but for the most part, this feels like a rushed, glued-together sequel with none of the grim spark that held the first game aloft. 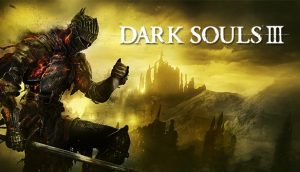 There’s a big leap in quality between the lore of Dark Souls II and Dark Souls III. The latter feels more “complete”; areas feel connected and logical, and enemies feel like they have a history within the areas in which they exist. However, it’s not all rosy. Bosses like Yhorm the Giant feel criminally underutilised, and stories involving NPCs (such as the aforementioned Yhorm’s relationship with Siegward of Catarina) feel completely unearned. To top it all off, Dark Souls III is just one big fan letter to the original game, and that makes it feel like it lacks an identity of its own. There are, however, interesting aspects to the game; see the tragic apathy of the Twin Princes, for example, or the diseased receptacle that is the Curse-Rotted Greatwood. 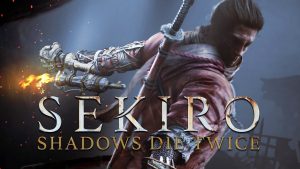 Inspired by classical Far Eastern mythology, Sekiro: Shadows Die Twice is a more conventional samurai tale than its cousins. It tells the story of Wolf – a rare voiced protagonist in this series – as he attempts to recover his captured Lord from the midst of a civil war over the land of Ashina. There are mystical elements, too, with undead warriors haunting the land and insects infesting the wildlife. The world of Sekiro is fun to explore, but it doesn’t feel quite as creative and rich as the Dark Souls games do, largely because it’s trying to hew more closely to reality. It succeeds in doing so, as well as in evoking mythology, so it’s still well worth a look. Compared to latter-period Souls games, the world of Demon’s Souls feels almost straightforward. It all takes place in the kingdom of Boletaria, the king of which allowed his realm to fall into ruin in pursuit of power. All of the bosses you face are Demons, creatures called forth from the fog brought by the pseudo-Lovecraftian Old One. Still, there are more than enough great stories and moments in the lore to justify a high place on this list. Maiden Astraea alone, who ministers to the sick in the Valley of Defilement, elevates Demon’s Souls’ lore, but other bosses like the Old Hero also add some spice to proceedings. This is From Software’s take on a fairly classic fantasy tale.

From Software’s newest game easily enters the top three when it comes to the best lore in Dark Souls-style games. Its vast open world hides myriad secrets, and its Legacy Dungeons offer some incredible lore moments, too. Whether it’s the pathetic Godrick the Grafted desperately attempting to impress the progenitors of his lineage or the traitorous serpent Rykard imploring you to help him kill the gods that govern the world, Elden Ring’s lore is rich, interconnected, and complex. There are dozens of important stories in the Lands Between, and several of them connect to ways in which you can permanently alter the state of the world. 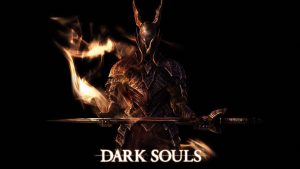 We might meet with some criticism for listing the original Dark Souls’ world as second on our list, but that should speak to just how highly we regard the number one entry. Dark Souls’ lore evokes the concept of “ruined majesty” perfectly. Miyazaki has said that he wanted Dark Souls to bring to mind majestic creatures brought low, and every element of the world and its lore reinforces that theme. From the broken, fallen Knight Artorias through to the tired and lonely Gwyn, Lord of Cinder, Dark Souls deserves its place in the cultural canon when it comes to ambient storytelling. It would be the best in its series if it wasn’t for… 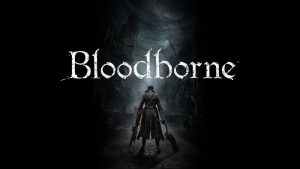 For some, the lore of Bloodborne simply won’t work. If you don’t enjoy cosmic horror, then Bloodborne probably won’t speak to you. However, if you allow yourself to be taken in by this PS4 exclusive’s tainted, twisted world, then you’ll drown in it. On the face of it, you’re entering the city of Yharnam to put down its mindless, slavering beasts, but as you explore the city’s winding alleys and gothic spires, you’ll learn there’s much more to it than that. Eldritch forces lurk just in the periphery of your vision, and as you gain Insight – a statistic in-game as well as a narrative concept – you just might catch a glimpse of them.