The tycoon genre is one of the longest-running and most storied in video games. This is particularly true of those concerned with transport, games like Sid Meier’s Railroad Tycoon and Chris Sawyer’s legendary Transport Tycoon having served as entry points into gaming for many people.

Fortunately for us modern-day gamers, this genre is still going. The latest major release, which aims to follow in the footsteps of these former giants, is Railway Empire.

focuses entirely on railroads, aiming to recreate the golden age of trains in the USA which began in the early nineteenth century. It takes great pride in its historical accuracy, carefully modelling over 40 different locomotives, and gradually introducing various technologies which span 5 distinct eras.

The crisp, colourful and attractive graphics are a key part of making this all feel authentic, in a way that noticeably distinguishes it from its major forebears like Sid Meier’s Railroads. The vast landscapes of America – its forests, rivers, mountains and settlements – are brought to life in loving detail, making this a world that’s simply pleasant to inhabit and explore. Developers Gaming Minds Studios are clearly well aware of the beauty of their creation, because they’ve included a “Ride Along” feature, which lets you actually hop into the cab and experience your trains’ journeys for yourself. The actual animations of the trains themselves are wonderful too: steam billows from chimneys, pistons pump, and the locomotives rattle along the tracks between destinations in a brilliantly realized manner. 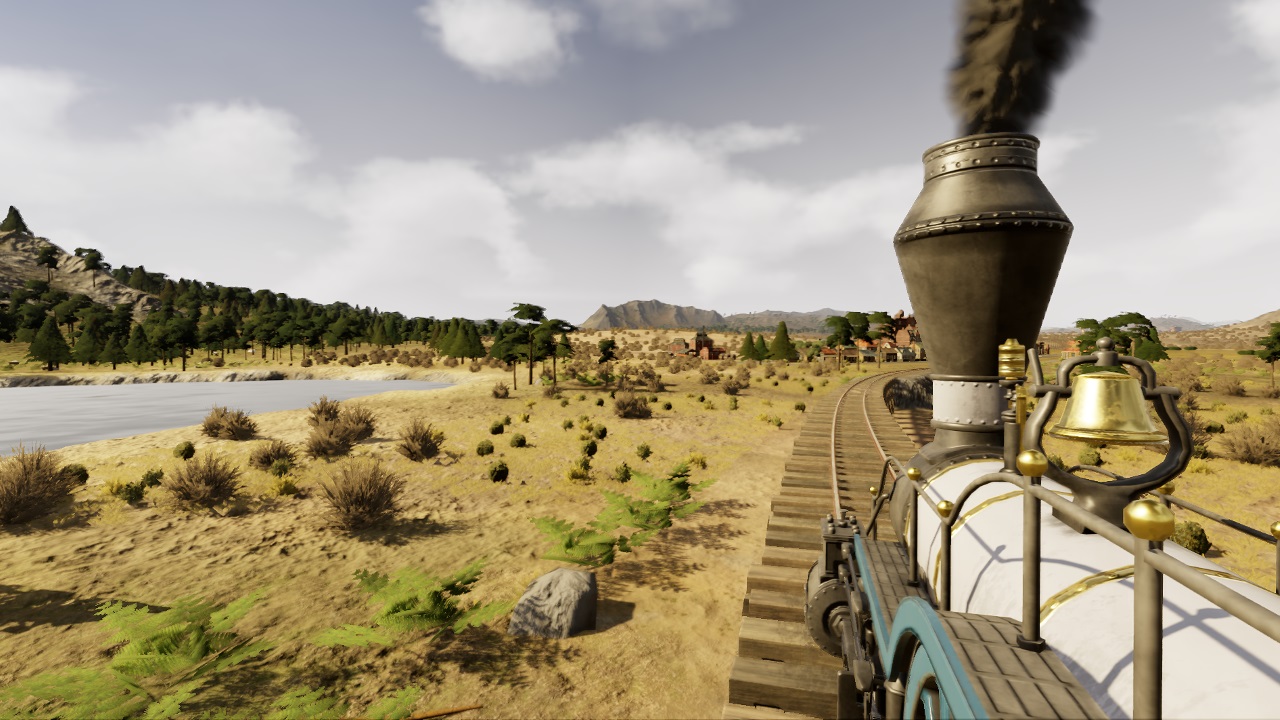 In Railway Empire, you’ll transport commuters and tourists, along with goods and supplies, between various towns, cities and industrial sites. The track-laying mechanics are extremely user-friendly; in fact, they’re perhaps the best we’ve seen in a transport tycoon game. One notable innovation is the ability to see a blueprint of the track you’ve designed, before you actually commit to building it (something which was long overdue in these types of games). There’s also an auto-routing feature, which basically joins two chosen destinations together without you having to lift a finger (although you can still dive in to the planned route and make alterations, if you so desire).

Of course, laying tracks and peacefully trundling trains along them is all well and good for the casual gamer, but veterans of the genre will know that tycoon games live and die by their economies. Your ultimate task, after all, is to build a flourishing company that towers over those of your AI rivals.

Railway Empire strikes a nice balance in this regard. There’s certainly enough intricacy to provide a good monetary challenge, from deciding how much to bid for new technologies to wheeling and dealing stocks and shares. For those aforementioned veterans, there might not be quite enough complexity here to truly push them – not compared to the likes of the old Railroad Tycoon games, at least – but most gamers will be nicely tested in their money management. 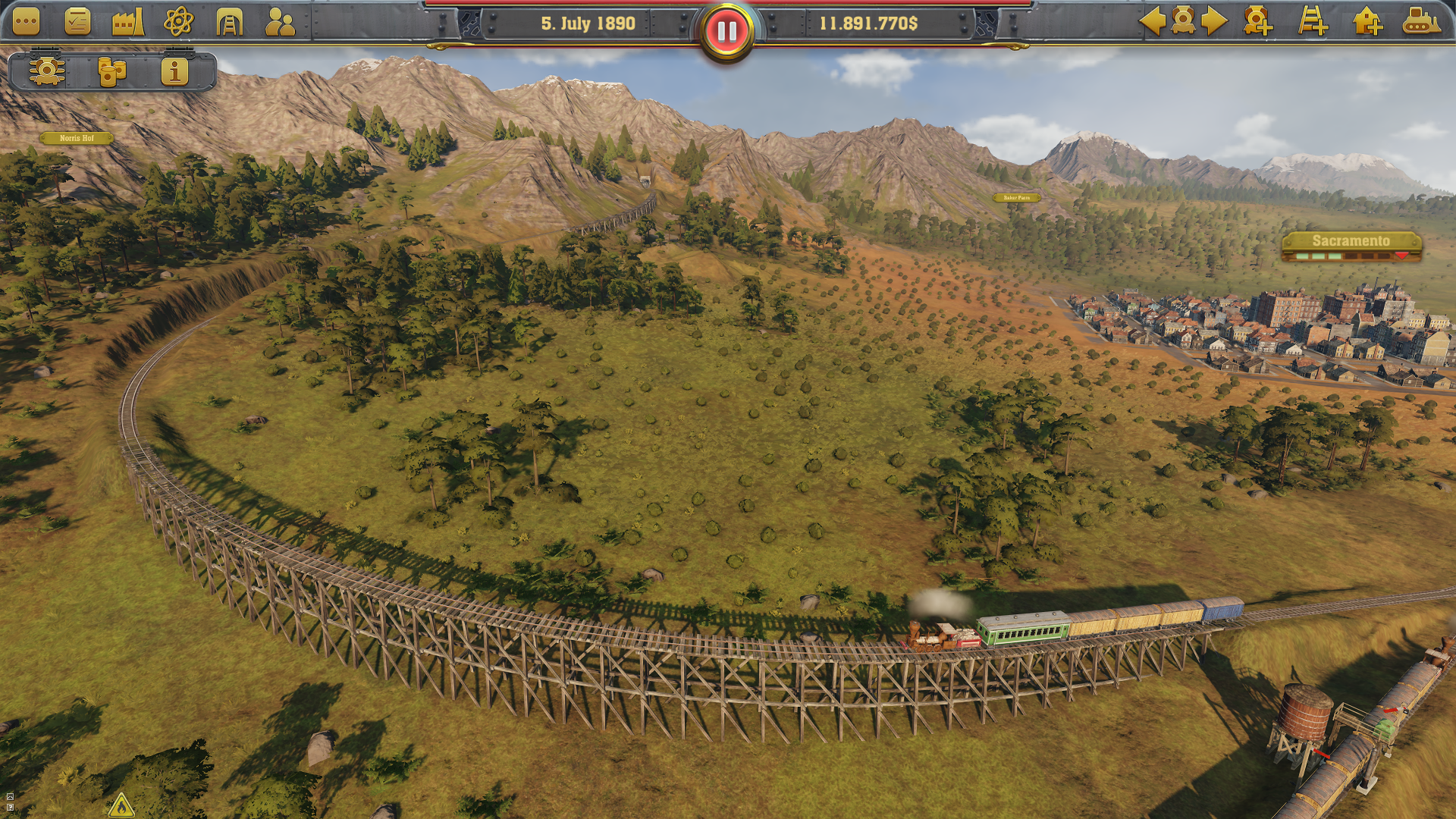 Speaking of being tested; your AI competitors won’t simply sit back and let you build up your empire, oh no! They have a variety of tricks up their sleeves, including the ability to use agents to commit industrial sabotage against you. The good news? You can do exactly the same to them too! A typical game of Railway Empires might look peaceful and idyllic at first glance, but beneath the surface it can quickly become a tumultuous world of cutthroat espionage.

Whilst it has still been trundling along, like a steam train from the 1830s, the transport tycoon genre has noticeably slowed down in terms of releases in recent years. We, for one, are hoping that this excellent new entry gets things kick-started again. Railway Empire is a visually gorgeous piece of work that’s mechanically complex but eminently accessible; the type of game in which you can lose hour after hour, without regretting it for a moment.

Sometimes, it’s not enough to play using the standard controller bundled with your console. If you’re serious about your gaming experience, then you might...
Read more
Editor's Picks