By Karl Jacobs
August 18, 2017
Past & RetroPCPlayStation

Psychonauts is on many fronts a ground breaking game. In a review it would be easy to say that the witty dialogue is what makes this game stand out, but that would leave out the compelling assortment of collectibles. One could say the gorgeous art style is what makes this IP so unique, but that would undermine the fantastic platforming gameplay. The great thing about Psychonauts is that there is not just one compelling aspect about it that has created the cult following it has developed today. Psychonauts has, since its 2005 release, seen a massive following because of it’s unique range of quirky characters that could only be tangible in a Tim Schafer game, it’s deep platforming mechanics, and it’s overlaying story that is pieced together with some of the best-executed dialogue found even in the Double Lift portfolio of story focused games. 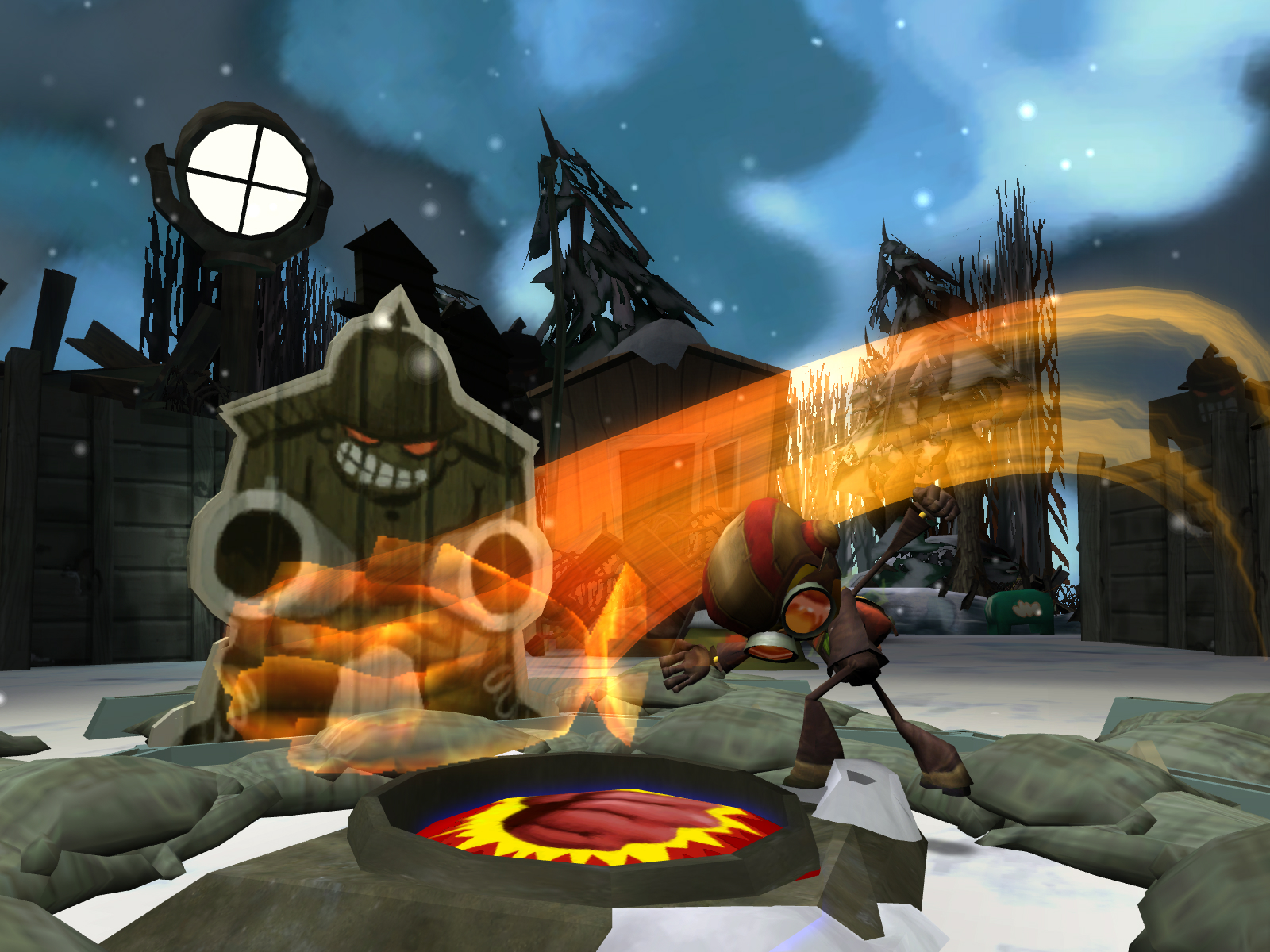 The story in Psychonauts is a compelling one, to say the least. It is a deep and interesting experience that places the player into the role of Raz, an aspiring psychic cadet with a dream of becoming a psychonaut, a sort of soldier that grasps their powerful minds in the form of an array of outlets allowing for powers of telekinesis or invisibility. The story displays many hardships Raz has to conquer in order to become what it takes to master genuine psychic ability. The story starts at a summer camp created with the intent of finding upcoming and sprouting talent for the psychonaut program. The rest of the game is generally played in two separate types of environments; the campground and the minds of people Raz explores as he progresses through the approximately twelve-hour story.

One key aspect of Psychonauts that drips with personality is the characters. Each and every character feels completely fleshed out and seems to have purpose whether that be just to add to the witty dialogue and compelling story one would expect in a Tim Schafer game. Raz is an extremely likable and relatable main character and this is, in part, because of his supporting cast of odd summer camp goers and instructors.

The sounds of Psychonauts are also icing on the cake of this great experience. If music does one thing in video games, it very much does a great job of tying things together, and this is definitely the case in Psychonauts. The music meshes very well with the general theme of each section of the game. The voice acting couldn’t have been executed any better and the entire cast did an excellent job. One minor complaint is some instances where characters repeated their lines on a multitude of occasions, most notably in boss fights. That being said, this diminishes less than a fraction of the experience. 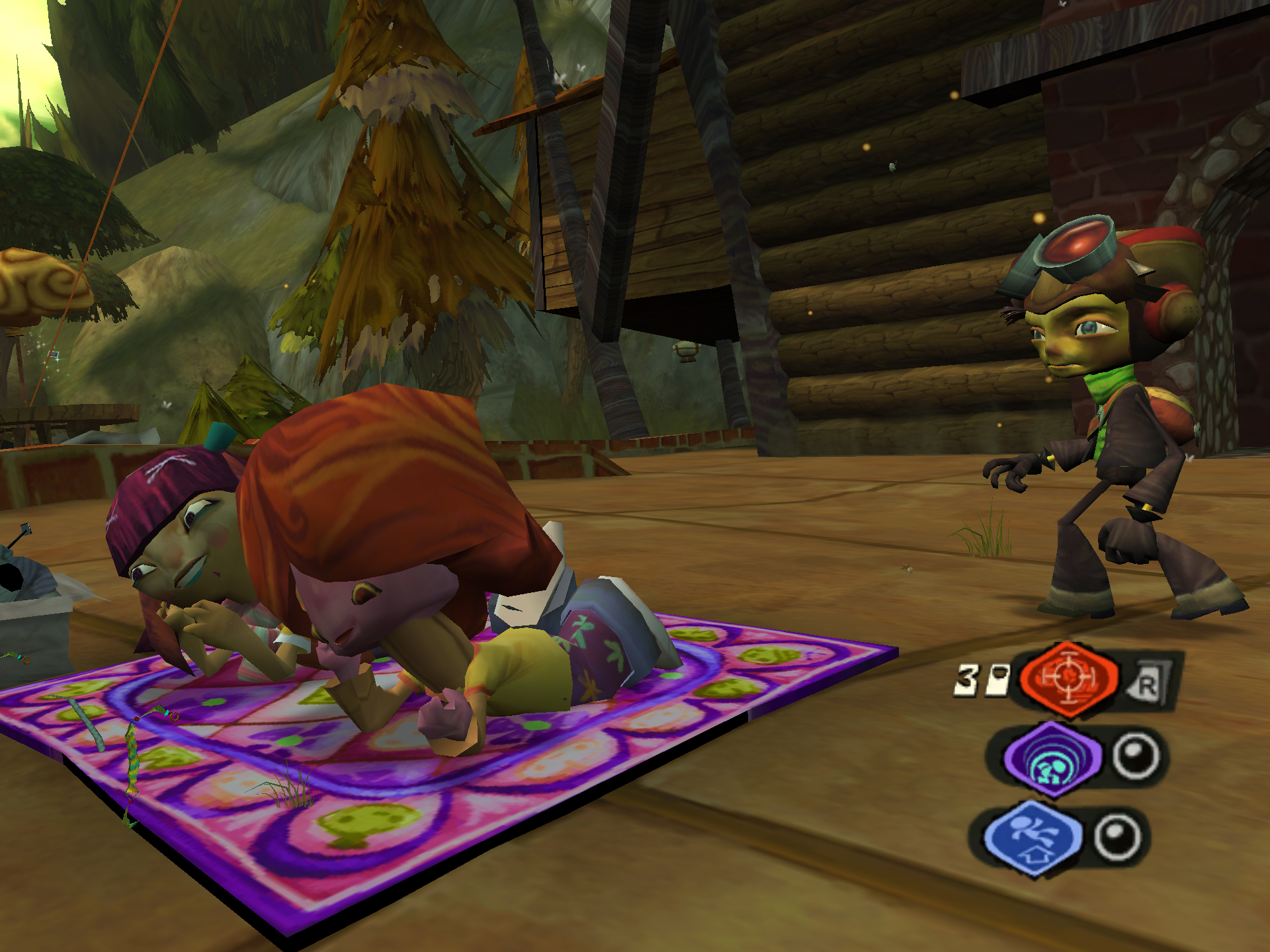 Psychonauts has generally solid gameplay. It feels clean and precise as far as the platforming goes and the “puzzles” are all fun and fair amounts of difficult. One unique aspect of Psychonauts gameplay is Raz’ ability to use special powers. Raz throughout the game begins to learn new powers only able to be mastered through help from psychonauts that help run the summer camp. Most of the abilities are used in creative ways and can be used to solve some areas of the game. That being said there are a select few of the abilities that were under-utilized such as clairvoyance, or the ability to see from other creatures’ perspectives. Although this ability is utilized in one specific section of the game, it feels like it was only used for one specific puzzle as the rest of the powers had a genuine purpose throughout the entire game.

Psychonauts is definitely one of a kind. Tim Schafer struck gold with compiling a fantastic story, tight and fun gameplay, and a superb cast of characters all packages with witty dialogue.

2022 is almost over, and it has been a year packed full of awesome video game experiences from start to finish. With the number...
Read more
0 0 votes
Article Rating