It only feels like yesterday when these two consoles hit the market. With plenty of initial anticipation, we’re now in a slightly better position to see where we might be heading. However, this can all change. The console market is unpredictable just like the weather; one right move against one bad move and suddenly things can change. This article explores what 2015 might hold, and what could become important factors as to which console attracts the most attention and sales this year. 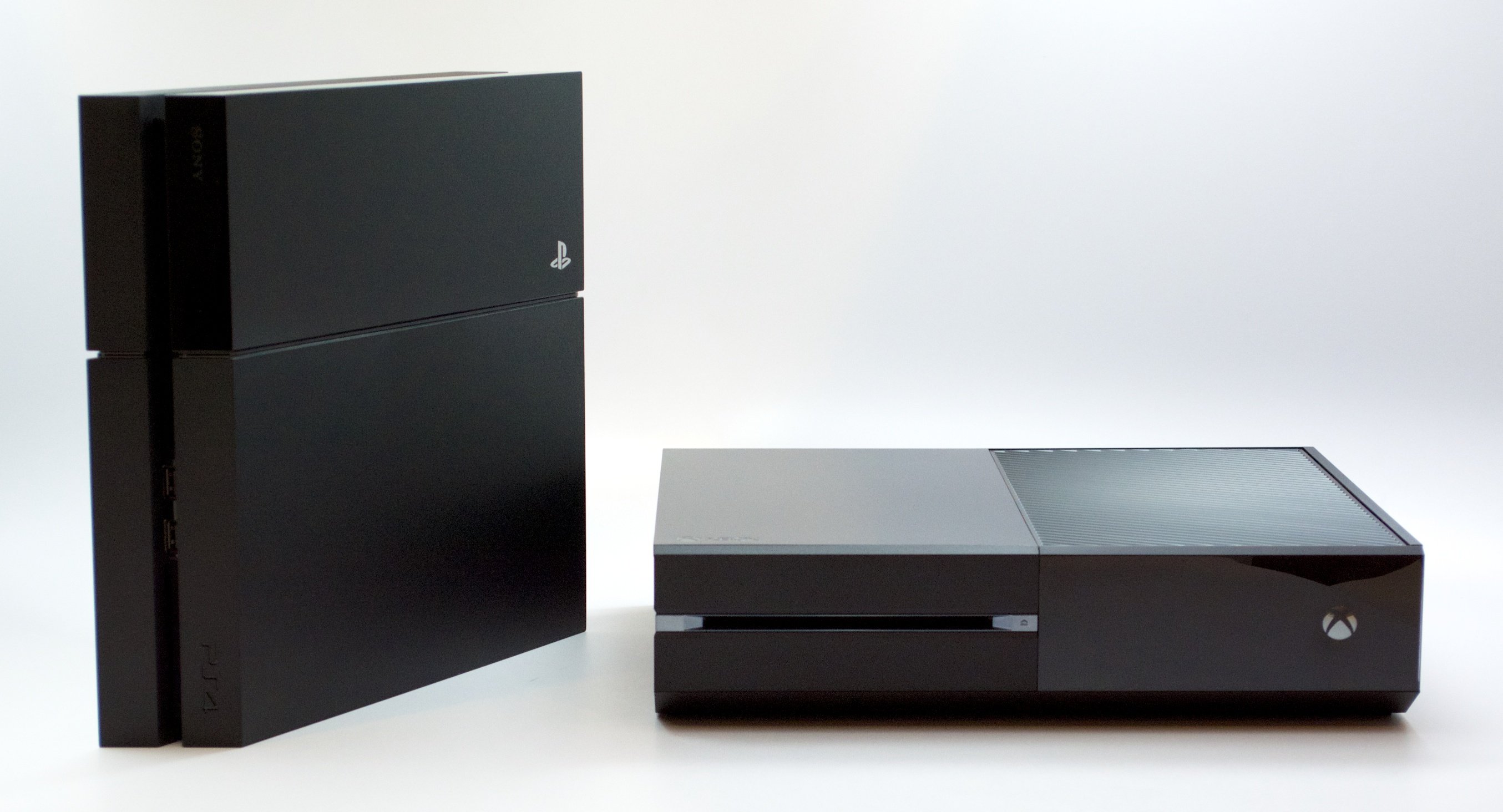 Those who successfully predicted that the PS4 would become the clear winner of 2014 when it came to popularity and sales are perhaps the ones to ask what we might expect from 2015 – they were right, after all. Will the PS4 cruise to another comfortable victory? Will the XBOX One catch up or surpass in popularity? These are two questions to explore for this coming year – and it’s going to be decided by the decisions both company’s make, as well as the consumers.

Some console gamers couldn’t care less about whether their new console gains the most popularity, or the potential future of their shiny new console, others see it as a war. One thing you can be sure of; Sony and Microsoft are both out to impress.

Big things that can swing sales in favour of one console against the other include price, game exclusives, features, marketing, network reliability, accessories, popularity, brand loyalty and more.

It’s become common knowledge that Sony are likely to release a PS4 Slim at some point – it’s something that has been rumoured for some time. The same can be said for the XBOX One, with recent rumours suggesting Microsoft plan to announce one too. Which company will make the first move? A slimmer version of the XBOX One is likely to have a bigger impact on sales due to the fact it’s already a much larger and heavier console than the PS4.

One great thing about competition is that it generally helps bring the prices down for consumers. The PS4 began as the cheapest console, however, Microsoft took note of this and have discounted their console since November, and whilst this has had a noticeable impact with US sales, many are willing to pay a little extra for the PS4. The question isn’t whether Sony will reduce the price of the PS4, the question is when. Again, this could have a noticeable effect on sales.

Some would want this important factor at the top of the list, however, we already have a good understating of what we can expect; at least many clues. A console dry on quality games is a console heading for disaster. However, both consoles have seemed fairly even so far. With what we currently know, you’d probably say that the PS4 seems to have the better list of exclusives, but until the games release, and we get to play them, this isn’t something that is certain. What we witness at E3 2015 is something that could help define the remainder of 2015 and much of 2016. Could you Imagine Sony announcing that they were working on an upcoming release of The Getaway for the PS4, or Microsoft announcing an upcoming release of Sunset Overdrive 2? This would result in plenty of excitement.

It’s possible to make a terrible product and make a lot of money – that’s if you have the correct marketing strategy. The same can be said in reverse; it’s possible to have a fantastic product, but without a marketing strategy you could make zero. It’s obvious that Microsoft are spending heavy on marketing, especially in America. Sony appear to be using their product as the main marketing weapon, although this sometimes isn’t enough. Perhaps a stronger PS4 marketing campaign in the USA is a route Sony may take in 2015?

Both the XBOX One and the PS4 fell victim to cyber-attacks in 2014, in fact, if your Christmas gift was either one of these consoles, then you were probably left feeling somewhat miserable. Both networks were taken down due to hackers over the festive period. Let’s hope that lessons have been learned and that 2015 won’t see this same situation. In today’s gaming world, having a reliable gaming network is something that the majority of gamers deem essential.

Isn’t it amazing that consoles now evolve after they’re released? This was never a viable luxury in the era of 56K dialup connections with the N64, PlayStation and XBOX along with all of the previous console releases. The fact is, we now live in a world where console manufactures can make serious virtual changes to your console experience after you’ve purchased it. One of the most notable features from 2014 was Sony’s share play feature. Windows 10 is coming to XBOX One soon with plenty of anticipation – how big will it prove to be for the XBOX One? What other exciting features do Sony and Microsoft have planned this year?

If you’re after a dream accessory, then the upcoming Sony VR headset, currently nicknamed Project Morpheus, is probably at the top of your list. What’s exciting is that the price of this device is likely to be in the $300-500 price bracket (very affordable for a VR headset). It might be targeted towards a niche market, although this is yet to be determined. Other good news is that a beta-consumer model could be incoming later this year.

With much greater sales, an initially lower price tag and more impressive features, we coined the PS4 as the best console of 2014 – which brings our recent article – reasons Why the XBOX One is Failing to impress. You’ll actually find a number of valid reasons within this article as to why Sony were the most impressive console of 2014.

However, the XBOX One has recently won an Emmy award, which isn’t actually related to games at all, but shows that Microsoft do have an appeal to the non-gamers market. We also know that Microsoft are hopefully going to announce some quality exclusive titles.

Whichever console you own, we’re set for a turbulent year, and this time next year we’ll be in an even better position to comment on which console is offering the better experience to gamers.