Planet Zoo is a game all about animals. That might sound like an obvious observation but never has a game had a more thorough approach to its subject matter than Frontier Developments has applied here. Perhaps this should be expected from the developers of stalwart simulation games like Planet Coaster and space trucker sim Elite Dangerous, but believe us when we say that Planet Zoo is not a game for the casual simulation fan or those who don’t like to pore too much over information.

Let’s back up a little. Planet Zoo is the latest game in Frontier’s long-running quest to utterly dominate the slightly quirky simulation market. Planet Coaster, Elite Dangerous, Jurassic World Evolution…these guys are cornering the demographic all right. In the past, they’ve also been responsible for the RollerCoaster Tycoon and Thrillville franchises, so they know their onions when it comes to sims. Just as well, then, that a game as potentially troublesome as Planet Zoo has landed on the studio’s lap. 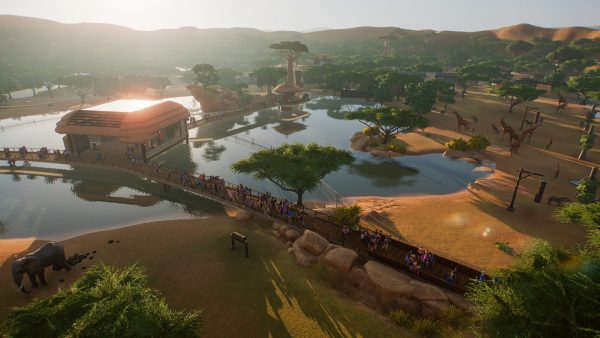 We say “potentially troublesome” because the premise of Planet Zoo alone would put some people’s backs up, and possibly with good reason. The basic idea is thus: you start a zoo and must balance keeping your animals happy with making sure your patrons are having a good time when they visit. The core gameplay loop, therefore, becomes about learning all of your animals’ wants and needs while also making sure you’re giving your audience a good attraction.

Naturally, this premise causes some issues right out of the gate. There is an ongoing debate regarding the ethics of zoos, so some people might wonder why Frontier wants to make a game about running a zoo in the first place. If you have similar misgivings, you’ll be glad to know that Planet Zoo doesn’t shirk from this question; instead, it tackles animal welfare head-on, with animal conservation playing a crucial role in the running of your zoo.

The animals themselves are absolutely beautiful. We’ve never seen such expertly-rendered creatures in a game, which is fitting since Planet Zoo is aiming to pick up where Frontier’s previous Zoo Tycoon left off. The game’s Zoopedia is a treasure trove of exciting information about all your creatures; you’ll spend hours simply reading the Zoopedia to see why your animals have the needs they have and to learn more about them in general. 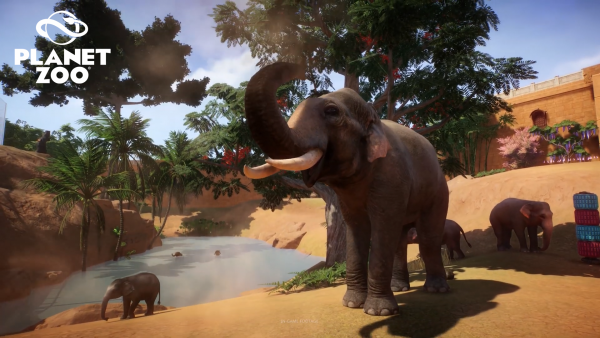 That exhaustive detail is present in gameplay too. Planet Zoo is a game of dizzying depth in which everything from the height of your walls to the type of food you give your animals can be micromanaged. If you want to maximise your zoo’s potential, you’ll need to micromanage these elements, too; you won’t be able to get the best out of your animals and your visitors if you aren’t on top of everything. Planet Zoo really does not want you if you’re a casual gamer.

That’s probably the game’s first failing; it’s completely impenetrable. More tutorialising would be nice, and although we’re sure the developer will patch something in at some point in the future, right now Planet Zoo is very difficult to get your head around. Some of the earlier tutorial moments defy logic and don’t give adequate instruction about what you’re actually supposed to do; your objective may be clear, but the way to go about achieving it is shrouded in mystery.

You’ll probably get the bulk of your enjoyment from Planet Zoo’s Career mode. Surprisingly enough for a simulation game, the Career mode actually has a story. It’s a fairly straightforward one and it won’t win any awards for its writing, but it’s nice to be narratively engaged while playing a sim. The story is where you’ll get most of your conservation and education jollies, too, since it’s all about the plight of animals out in the wild and whether your zoo is a better place for them. 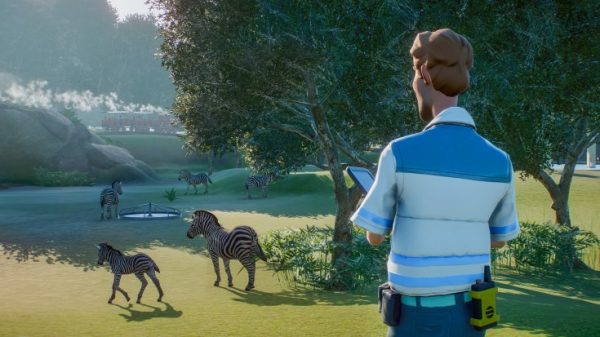 In many ways, Planet Zoo builds on the work Frontier put in for Jurassic World Evolution. It’s got that game’s same attention to detail when it comes to enclosure placement; the same idea of balancing the needs and desires of your animals with those of the public; and the same wide-eyed wonder towards its animal subjects. If you loved Jurassic World Evolution, you’ll likely find plenty to like about Planet Zoo, but if you found the former off-putting then Planet Zoo won’t do anything to persuade you.

For those who do love this kind of game, Planet Zoo is, without a doubt, the most in-depth and fully-featured zoo simulation game of all time. The level of depth and complexity on offer here in regard to the options you have while creating and maintaining your zoo is crazy; so much so, in fact, that the user interface often struggles to convey as much information as you need. It’s not a great UI in general; it’s quite minimalistic in places but far too overwhelming in others. 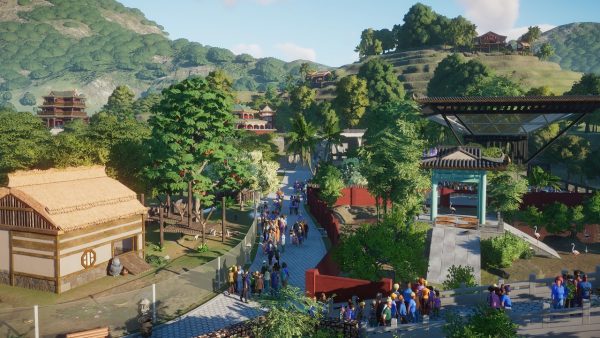 Generally speaking, the Career mode is where you’ll get your money’s worth here. The Sandbox mode isn’t particularly compelling; we’ve never understood the appeal of game modes in simulations which remove constraints and let you spend as much as you like, because it feels like removing the gameplay. There are also Scenarios, which are good enough while they last, but somehow without the narrative context they just don’t work quite as well as the Career.

In short, you already know if you want to play Planet Zoo or not. If you’re a simulation aficionado and you love micromanaging small elements of a facility, then you are going to absolutely adore this game. If you’re more about instant action and gratification, Planet Zoo won’t appeal to you. Conservationists, anyone who loves animals, and anyone who’s fascinated by the struggle between conservation and profit-making will love this game.