It’s very difficult to get a horror game right. If you pull back too much on the scares, then you risk your game becoming boring, or perhaps worse, pretentious. Too much, and you might alienate a more generalist crowd, which would obviously be bad for your bottom line. That’s why so many developers resort to making walking simulators; it’s much easier to tightly control the scares and build a sort of “rollercoaster ride” game than it is to actually construct a genuine survival horror with resource management and puzzles.

It’s to Oxide Room 104’s credit, then, that it does actually attempt to create a proper old-fashioned horror game, one that has monsters and failure states and puzzles and all of the trappings of the genre you’ve come to expect. The setup is classic survival horror; you wake up in a murky hotel after a legendary bender and must figure out why you’re there and how to leave. Along the way, if you could solve the mystery of the hotel, we’d appreciate that greatly, so off you pop.

The first thing to note about Oxide Room 104 is that its atmosphere is excellent. This is not a high-budget production; it’s a fairly small team working on a fairly small level, but Oxide Room 104 manages to match some of the biggest horror games out there in terms of sheer fear. Its grotesque, rusted corridors, shrieking monsters, and lurking sense of terror do it great credit and make it a thrill to play on a moment-to-moment basis. When you’re trying to solve a puzzle and the soundscape is fully immersing you with its creaking, lurching constancy, Oxide Room 104 shines. 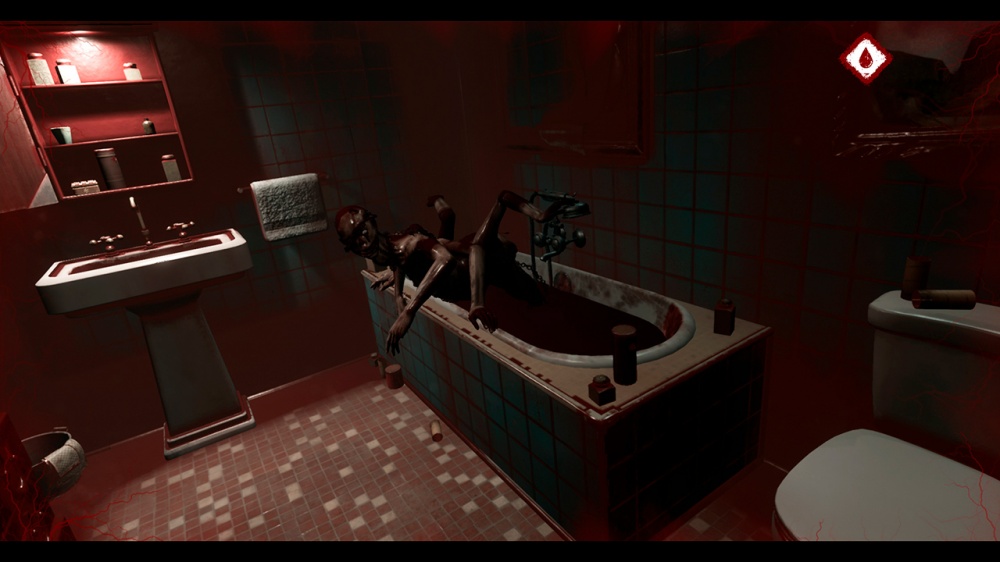 Shockingly enough, Oxide Room 104 actually manages to be a real survival horror game, too. It’s possible for protagonist Matt to succumb to poison or wounds if he’s not treated with antidote or bandages, so you’ll need to conserve your resources for moments when you really need them. You can find a gun, too, and you can actually dispatch the creatures in your way if you have the ammunition for it. They’re pretty hard to take down, though, so you’ll need to make sure that there isn’t anything else coming up that’s even worse.

While it’s true that survival horror games are difficult, and that Oxide Room 104 gains a lot from this level of tension, the developers have perhaps overstepped the mark a little in terms of difficulty. To put it simply, Oxide Room 104 can be far, far too difficult during its more brutal moments. Some of the monsters in the game can dispatch you instantly with a single attack, and while that certainly does make encounters with them feel very tense, it can also be immeasurably frustrating and feel unfair to boot.

It’s not just the monsters, though. Without wishing to spoil, if you die a few times – no matter what kills you – then you’ll automatically unlock the worst ending and be forced back to the beginning of the game. That kind of creative decision is very brave, but we can also see it being hugely annoying for a player who just wants to uncover the mystery of Oxide Room 104. This is not a game that will allow you to back out of its more challenging or difficult moments, and while many gamers may welcome that, others may find it too much of a hard sell.

There’s also something of a problem here with presentation. Given that Oxide Room 104 is a small production, we’re willing to forgive it a few sins in terms of audio design (which is mostly excellent) or visual glitches (which are mercifully few). However, the low quality of the voice acting here renders many scenes unintentionally hilarious. When characters are supposed to be having a heated exchange, they merely sound like they’re trying to figure out who’s left the cheese in the fridge past its sell-by date. Our protagonist doesn’t sound at all like he’s stuck in a haunted hotel, and while we don’t want him to whimper and gibber for his life every few seconds, he just sounds bored, and that can be fatal for immersion. 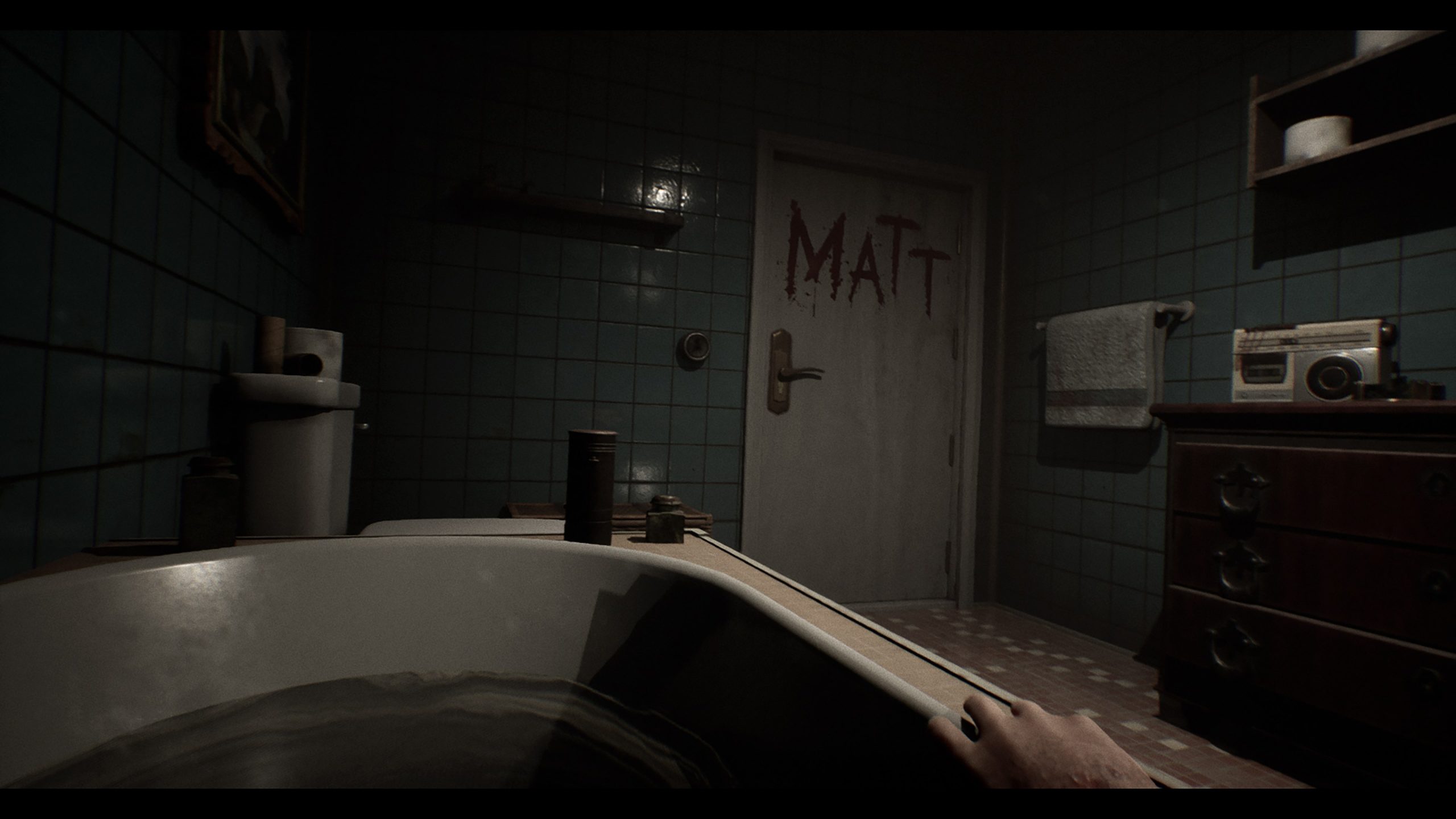 Perhaps Oxide Room 104’s most interesting feature, however, is its roguelite elements. While the overall layout of the motel remains the same – as do the puzzles you’ll discover scattered throughout its halls – item placements, enemy patrol routes, and other things change every time you die. This prevents you from learning the layout too closely, so you won’t be able to rely on your memory to get you through a tricky part. In theory, this is a great idea, but in practice, it does sometimes result in what feels like an unwinnable situation as you constantly throw yourself up against walls that feel like they’re closing in on you all the time.

These aren’t nitpick-sized problems, but they don’t manage to derail what is, in the end, a perfectly accomplished and satisfying survival horror. Oxide Room 104 should be commended just for having the guts to be an actual horror game in an era of pretentious horror walking simulators that don’t actually challenge or stimulate in any way. Its puzzles are compelling, its monsters are nicely grotesque and repellent, and while its protagonist is about as interesting as a piece of dry pasta, the central mystery of the hotel itself is engaging enough. If you’re a huge horror fan and you love games like Resident Evil 7 or Outlast, then this one is worthy of your time.

The Sniper Elite franchise is an odd one indeed. On the one hand, it prides itself on its realism; it features such concepts as...
Read more
Accessories