Nintendo Switch – Pros And Cons Of The New Console

With the announcement of a new console, I always try and be positive. When a new piece of hardware launches and it’s a success, this is a positive for everyone. People who make games and people who play them are better off thanks to healthy competition and more choice.

So it’s with this mindset that I started to think about the Nintendo Switch. Putting on my Positivity Hat I sat down and pondered on what impact I think the Switch is likely to have and whether I think it’s going to be a game changer, like the Wii, or an absolute flop, like the Wii U. 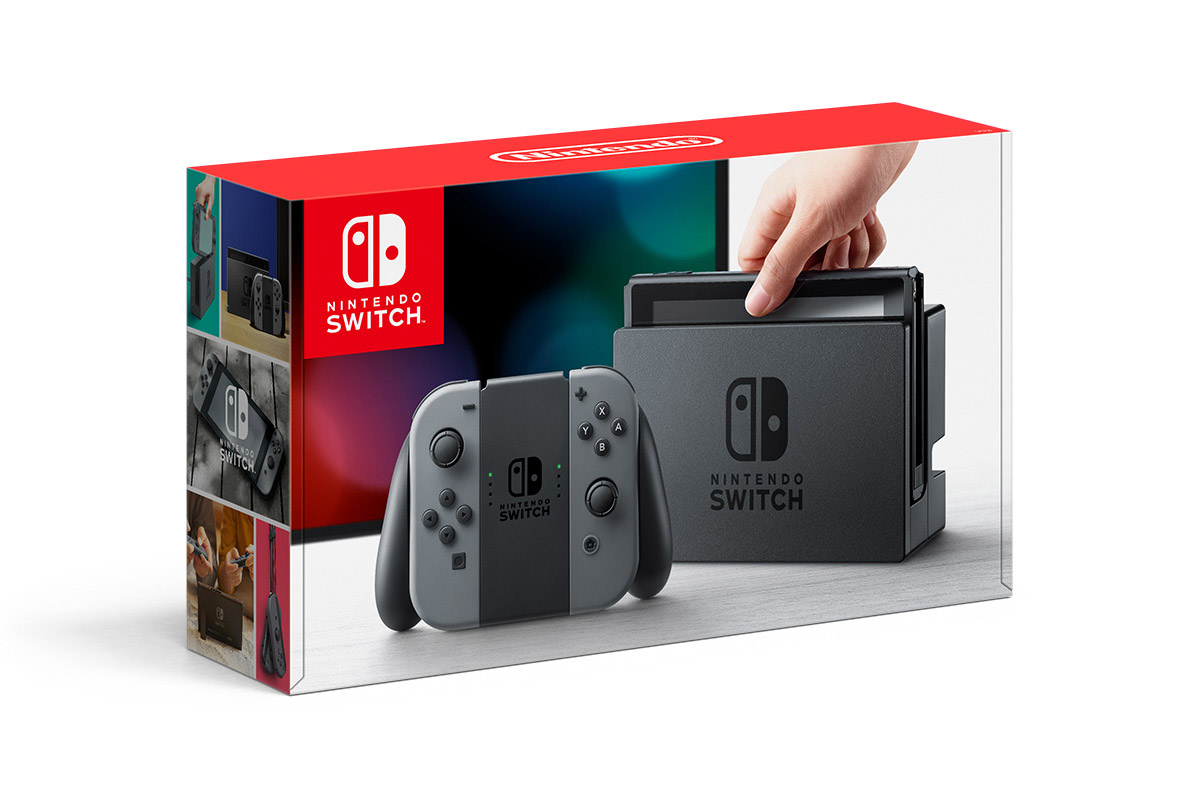 The truth is, it’s a real mixed bag of positives and negatives that I’ve come up with and frustratingly, some of the issues that I have with the Switch are the same issues I’ve had with Nintendo’s hardware for the last decade or so.

Still, my Positivity Hat is firmly on, so let’s start with a positive of Nintendo’s new console;

Finally Nintendo have given up on region locking their consoles and the Switch will be region free. It’s a fairly niche complaint but odds are that if you’re reading this site, you’re somewhat ‘in the know’ when it comes to video-games and will likely appreciate this change in tact also.

It’s also kind of nice because it means that we no longer have to hear people complain about ‘censorship’ when a game gets localised. These people that complained that a ‘boob size’ slider was removed can now happily import their games and play them the way they were meant to be played.

In seriousness, this does show some awareness of the current games market, with most other consoles becoming much more open. So whilst being region free isn’t a massive plus, it’s the message it implies that’s really exciting.

As quickly as Nintendo seem like they’re facing forward they get startled by a loud noise coming from behind them, they turn their head to take a look and trip on the curb, face planting in front of everyone. Now everyone’s laughing and – oh man – Nintendo, your nose is bleeding. Let me get you a tissue…

You see, Nintendo have announced a paid-for subscription service, similar to Xbox Live or Playstation Plus. Sadly, the details are pretty scant though the facts that have emerged are pretty embarrassing and leave me with little hope that they’ll ‘get the internet right’ on the Switch.

For a start Nintendo are making good on their back-catalogue of games and are offering a new ‘classic’ game each month. This could be a NES or SNES title, it’s not clear how it’s going to work, but that’s not the issue. The issue is that you’ll have access to the game for a month. Not that you’ll have access to it for as long as you’re a paying customer (as Playstation Plus does) but the game will only be available for a month. So Nintendo’s idea of letting you ‘build’ a catalogue of digital games is more of a terrible library system where you can only take out one book at a time, the book is chosen by the library and once you’ve taken the book out once you can’t take the book out ever again and instead have to buy it. No wonder libraries are being shut down. They sound awful.

On top of this the other detail to emerge is based around the voice-chat component of Nintendo’s service, which is even more of a joke. Instead of supplying a microphone and having you plug it into the controller you instead are asked to download an app onto your phone or tablet and use that.

Nintendo want you to pay them so that you can use your phone for a voice chat service. So forget Skype, forget WhatsApp, forget the million apps that exist already that do this and forget the fact that what you’re running this app on is likely A PHONE – forget all that. Nintendo want you to fuss about with yet another app so you can ‘enjoy’ chatting to randoms as you ink all over their faces whilst playing Splatoon 2.

Speaking of Splatoon 2, it reminds me – Nintendo make amazing games. This has to be the biggest plus of literally any Nintendo console. There are so many fantastic Nintendo franchises that you could quite happily play nothing but Nintendo games on the Switch and still have a good time. Whether that good time would be too expensive or too short lived, who’s to say? With Breath of the Wild, Splatoon 2 and Mario Odyssey all confirmed and all releasing so soon into the Switch’s launch, it’s safe to say that there’s at least 3 Nintendo gems ready to go that you’ll not be able to play anywhere else. Fine, Zelda’s coming out on the Wii U too, but you get my point.

Also to my point here is that Nintendo are really pushing the ‘indie’ angle with the Switch. Unity and Unreal engine are both being supported straight off the bat, unlike for the 3DS and the Wii U where the support was an afterthought. This should mean that lots of the smaller titles developed by teams of 10 or fewer will most likely make their way onto Nintendo’s new machine and this can only be a good thing.

Also, as with every Nintendo console launch, there’s promises from big third parties that the Switch will be a priority. Truth is, that until the rubber meets the road, the modern graphics touch the Switch’s graphics processor and development costs collide with number of Switch units sold we’ll not have a real idea of how strong this third party support it. Ever since the Gamecube we’ve had companies like EA stand in Nintendo’s corner only to throw in their towel as they see sales figures disappoint and hardware become unable to cope with their titles. I’d like to see the Switch buck this trend but I’m doubtful. Still, the Switch will be home to Nintendo’s titles and plenty of smaller indie hits too, which should be enough for most fans.

This is the area with which I have most concern because, let’s be honest, every other complaint on this list is mainly looking at the Switch as a competitor against the PS4 and the Xbox One. Which it isn’t.

Mentioning the fact that Nintendo won’t have voice-chat like they do on Xbox Live – who cares? Let the pre-pubescent 360 no-scopers scream into the void for all eternity, I don’t need to hear them. 3rd parties are going to be put off by the Switch’s lack of graphical horsepower? That makes them look bad because Nintendo made Super Mario Galaxy on the Wii and that’s visually better than 80% of games I’ve played on my PS4. Nintendo are playing a different game and always have been.

However, the game they’re playing isn’t exactly clear. If they’re after a more casual audience who want some simpler games and want to have family-fun, multi-player focused game nights, it might be more complicated than it needs to be. For example, here’s a quick list of the different controller setups I’ve seen so far;

All of these combinations leave me confused by what’s actually going to be used and leave me wondering what I’d actually need to buy. This is a big issue because the cost of the peripherals are pretty steep. For a pair of JoyCon controllers, it’s going to cost about £75 (which is close to $100) and for a pro controller it’ll set you back £60 (currently worth a Brexit-tastic $75). 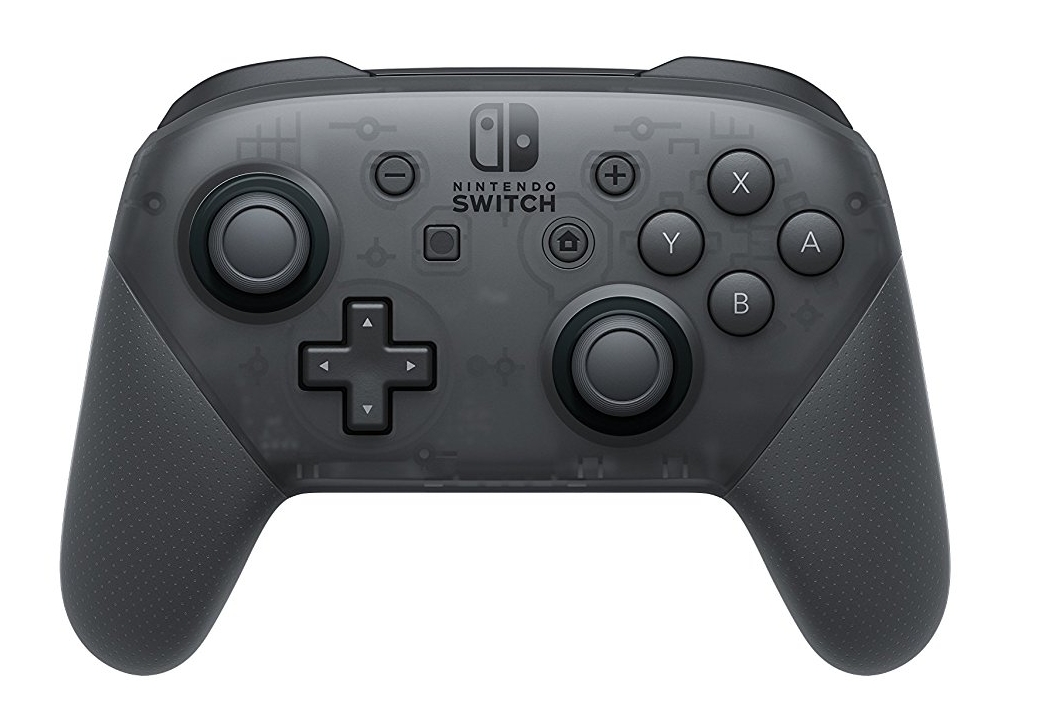 Another area of Nintendo’s game plan’ that I don’t yet understand is the seamless switch to handheld gaming that the Switch is meant to offer. By all accounts the docking and un-docking of the Switch is great. There’s little to no noticeable hitch in gameplay and within seconds you’re playing the game on your TV instead of the Switch itself, or vice-versa.

However, when you look at all of the potential controller setups, can you guarantee that each game you want to play is going to ‘work’ when you take the console out of the dock and onto the bus? It doesn’t look like you’ll be able to play Arms when you’re waiting for the next Central Line train and you’ll definitely not be able to play 1, 2, Switch.

Then there’s the battery life, which is just insanely low and apparently extremely variable. With reports saying the Switch will run for between 6 hours and 2.5 hours, it’s hard to say it’s going to be a suitable replacement for the 3DS.

So then what is it? Is the console a new home for hardcore gamers? Nope – it’s not graphically powerful enough and has what looks to be halfhearted online services.

Is it  a console for family fun? It doesn’t look like it – with a range of controller setups and expensive peripherals, unless you’re a family that’s rather well off, this doesn’t seem too viable.

Is it a fan of handheld gaming? Again – it doesn’t appear so. With a bunch of games that aren’t suitable for portable gaming and a poor battery life, those looking for gaming on the go will probably be disappointed too.

So who’s it for? I don’t really know. This is a piece of hardware that was designed to ‘combine all of the features of previous Nintendo consoles’ and as a result it seems kind of messy.

One thing I do know, and I’ll put my Positivity Hat on again for this last paragraph, is that I want to play the games that have been shown. I love the look of Splatoon 2, even if Nintendo’s online service sucks. I want to play Arms, even if I can’t play it on the bus. I really can’t wait for Mario Odyssey, even if it is best played with a far too expensive pro controller.

I don’t know if I want a Switch but I do know I want to play whatever Nintendo’s got lined up.