LEGO Worlds has been long anticipated, especially with the recent returning glory of LEGO since the LEGO movie’s release. Available across PlayStation 4, Xbox One, Microsoft Windows and Nintendo Switch, LEGO Worlds

is a bright, amusing action-adventure game with, as you’ve probably guessed, the chance to become a Master Builder.

There are literally thousands of items to build, a whole world you can explore to your hearts content and a chance to experiment with and mould your surroundings at will. You have the ability to demolish and reassemble terrain using some pretty awesome landscaping tools making it a rather impressive and more creative version of Minecraft. Needless to say the game has already been compared to its infamous, construction building counterpart; and while some better it to Minecraft, others say it does not quite make the cut. But the truth is, a separation of the two is mandatory to really form a true opinion of LEGO Worlds. The new game celebrates the opportunity of exploration and creativity. Not only can you mould the world around you, but you can also populate the world with characters or objects previously found in the game, or create grandiose structures made from all the LEGO bricks you can imagine. 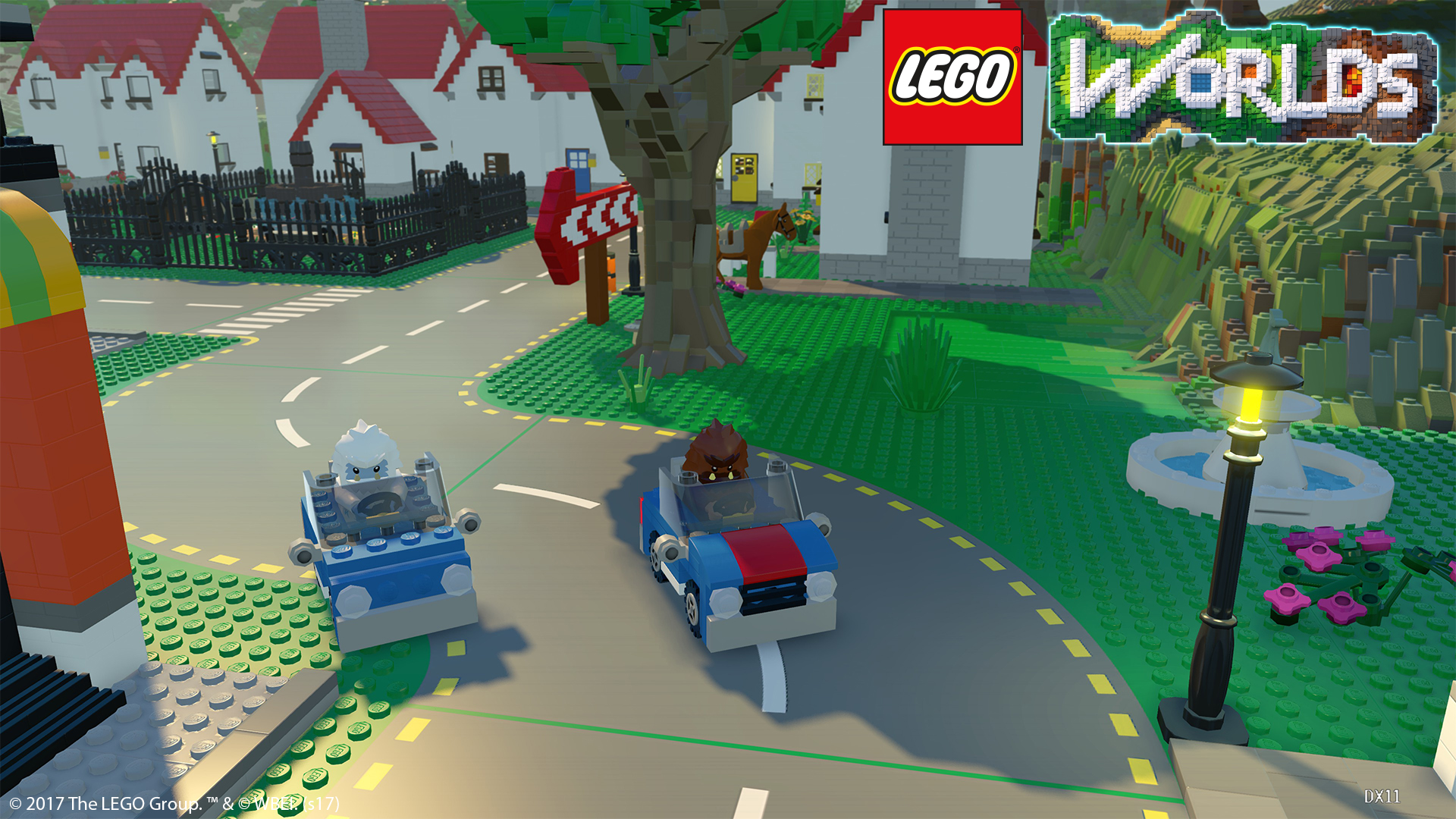 On the downside people have found themselves somewhat disappointed by it. The storyline is rather thin, following a space traveller who crash-lands on one of the worlds, fixes up their ship and heads off into space to explore new worlds with new devices and plenty of new things to discover. But the story-line is not one that really needs embellishment considering the embellishment of the world around it. Though, in order to reach a point where you can create your own worlds and become the LEGO movie style Master Builder, you must complete mini-quests in order to earn up to 100 gold bricks, which gains you access, a little on the slow side, to the beginnings of what the game can truly offer.

Despite these issues, alongside a few technical lacks with third-person vs first-person viewpoints, the game does pull together plenty of LEGO sub worlds that bring about a smile on more than one occasion. It brings a light-hearted escape and a nostalgic leap into the LEGO lands of youth long forgotten. It also boasts a reasonably mid budget price tag, which definitely modestly places it where it belongs. Unlike the likes of Super Bomberman R that attempted a high-priced remodel of it’s hugely successful predecessor, LEGO Worlds does not attempt to take money based on its name alone. 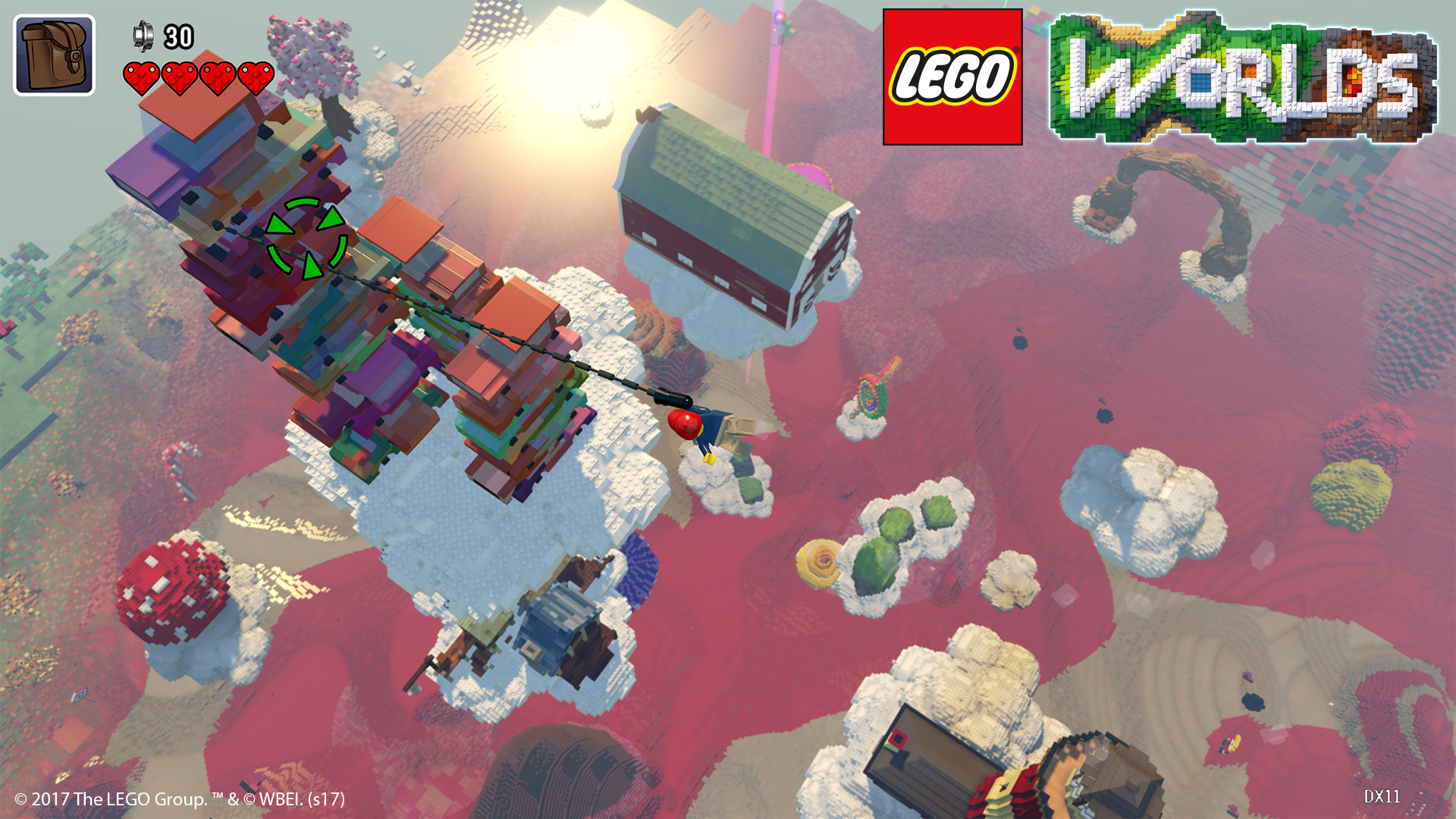 Overall, although not everything is awesome, the game still offers an awful lot of awesomeness. If you want to play LEGO in real life, but don’t want to buy those thousands of pieces, characters and landscapes, LEGO Worlds will bring you as close as you could get in the digital realm. It is creative, offers unending choice and ability and is a great chance to relive the LEGO days of old. All technical glitches aside, I would recommend giving it a try. But be aware of the time you need to really become the master-builder that makes this game so special. The worlds have plenty to offer once you’re able to access the building abilities that will allow you to move things around as you want and in the meantime, don’t forget to enjoy the ride. Because LEGO Worlds definitely gives a lot of visual support to it’s gameplay. It’s bright, fun, and it’s LEGO.