Obviously, Kick-Ass 2 is a game that’s directly tied to the movie franchise, which extols the exploits of a hapless high school super hero who, along with a group of other ordinary citizens, decide to take justice into their own hands.  As for the game itself, it’s a brawler that basically bathes in the tropes of the film from which it is derived, even including many of the related “finishing moves” and such.  Now comes the hard part – trying to justify the game’s existence to those who might be expecting some kind of slickly polished experience that will make them want to play the game over and over.  Coming no less than 9 months later (after the release of the film on which it is based), many have been scratching their heads wondering what the deal is. 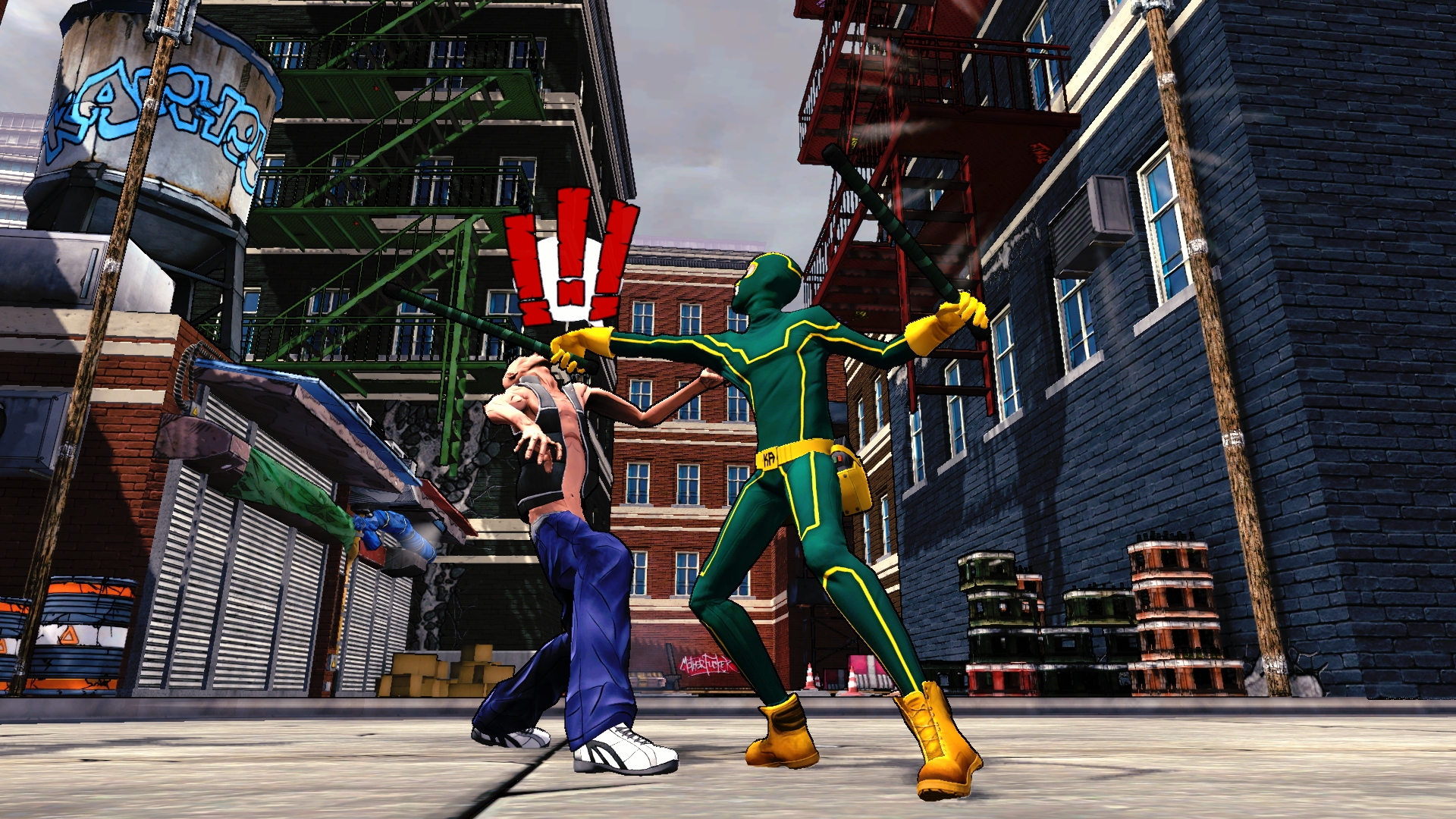 Before we go any further however, let’s get one thing straight – it would seem that the real purpose of this game isn’t to revolutionize gameplay or present gamers with an infinitely cool environment to explore.  No, the reason this game exists is to immerse players in the world of the franchise itself.  On that accord, assuming you aren’t going to take everything too seriously, it does what it was created to do.  I know what you’re going to say though “hey, this game isn’t a top notch offering, why are you giving it a pass?”  Again, the point of this offering really isn’t to do anything groundbreaking but to merely pay homage to a movie, let’s keep that in mind.   Clearly, if they wanted to do something amazing they would have likely created an original concept from the ground up. 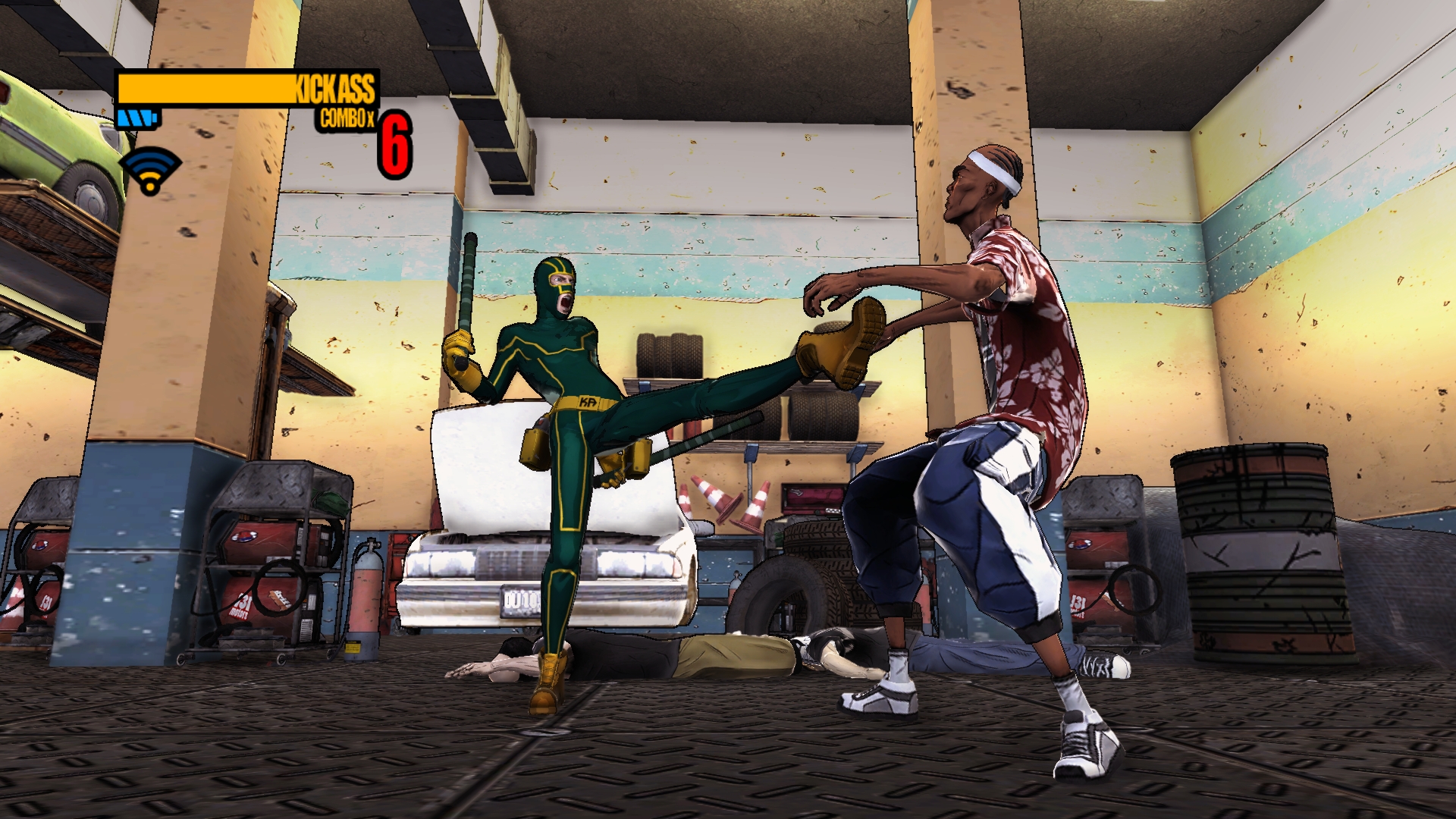 In terms of graphics and presentation at least, Kick-Ass 2 does a decent job of entertaining you.  The comic-book like cut scenes are probably one of the more intriguing aspects of the whole presentation, with the level to level action subsequently being a follow-up to the unfolding story.   In fact, one might even say that this title makes for an interesting accompaniment to the film if you are indeed so enamored with it.   Presented in a sort of crisp cel-shaded artwork style, Kick-Ass 2 does its best to provide an entertaining playground for you to engage multiple enemies at a time, each level capitulating with a “boss” fight.   Additionally, you can’t complain too much where the sounds, soundtrack and voice acting are concerned, they at least did an admirable job there, even if it is far from perfect.