Horizon: Zero Dawn is a solid package that contains an extremely enjoyable storyline, superb characters with development in recurring ones, and a not overwhelming yet exciting and gorgeous open world. As a no doubt front runner for I’m sure numerous “Game of the Year” awards. Horizon does everything it intends to do, and then some, with incredible set pieces to make the twenty-hour adventure one you are very happy you partook in. With nit-picking issues few and far between, Horizon: Zero Dawn is a game easy to recommend for any PlayStation player. 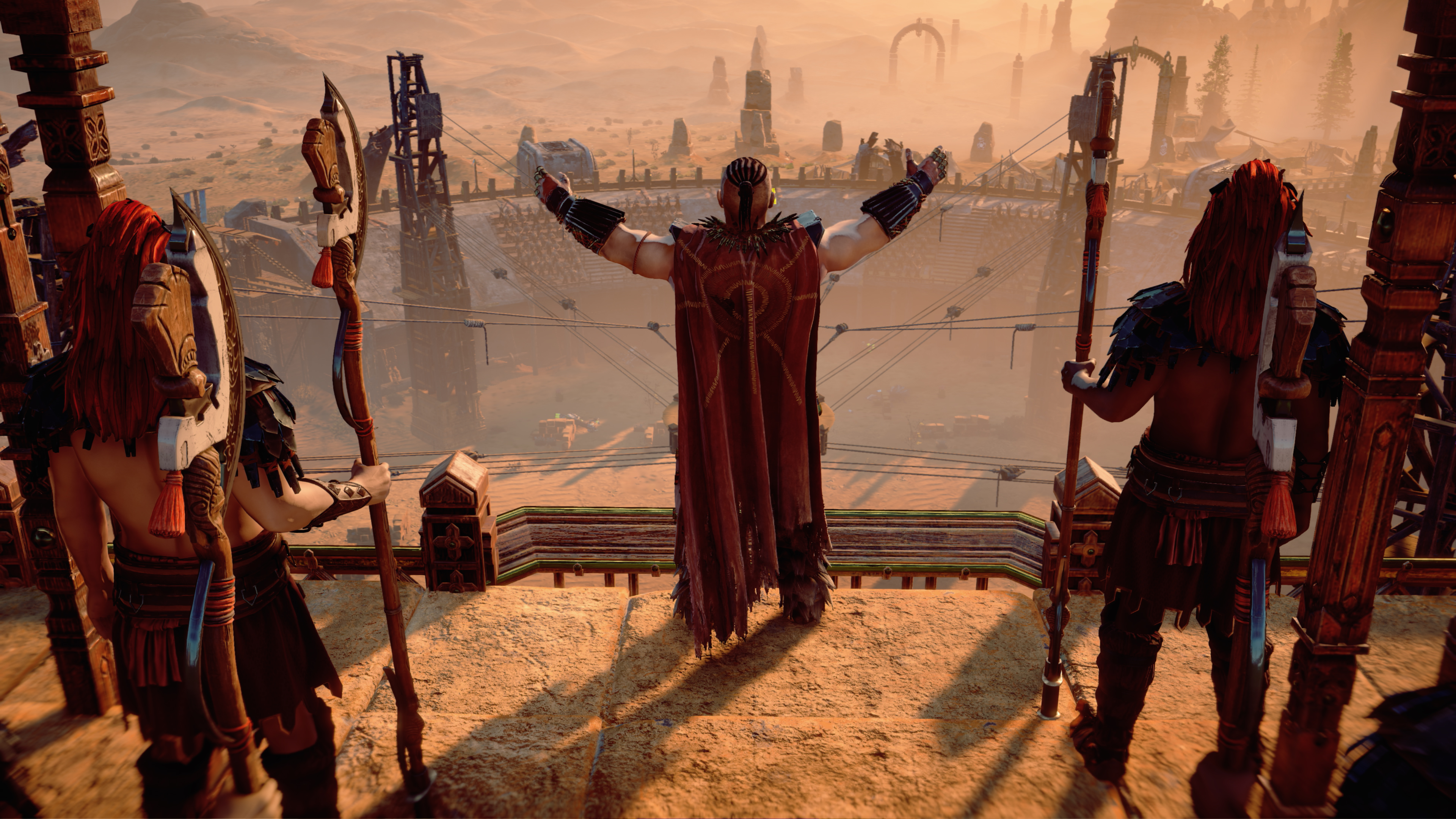 The story in Horizon: Zero Dawn is magnificent and allows the player to give meaning to the gorgeously displayed characters met and environments explored. You play as Aloy, a at one time outcast, who soon becomes a large role in attempting to save the Nora tribe she finds herself being a major part of. This, as well as an underlying goal of trying to get more of an understanding of the past inhabitants of the earth that left behind them a large amount of debris from their old living quarters. The pacing of the story is generally very smooth and the ability to choose the order for some main story quests is a nice way to break up different enemy types and different character interactions. Different story quests have you venture into different sections of the map which allows for diversity because of the differentiating regions’ weather of the map. Areas that are filled with snow break up segments of desert environments and all transition very well. One notable aspect of the story is that each main quest mission has a recommended level requirement to ensure the player goes against enemies that bring only an intended amount of difficulty. For the most part, this works very well, but in some instances, level requirements forced me to take on quests that I didn’t necessarily want to play yet before returning to the quest now with the intended level requirements. That being said, those instances are few and far between and the many different mission types allow for a great amount of variety for each quest line making no single quest tedious.

The characters found in Horizon: Zero Dawn are very well written almost completely across the board. Voice acting is very well done, most notably in the main character, Aloy, herself. With a fantastic list of supporting characters, interactions always feel very natural and never automated. Some notably well done roles are Aloy, Rost, the man that raised Aloy since she was a baby with the hopes to train her well enough to make her way out of being an outcast, and Erand, a fantastically portrayed Vanguard of the Oseram tribe. All of these and more allow the fantastic story to be fleshed out completely without any hindering or notable exceptions. 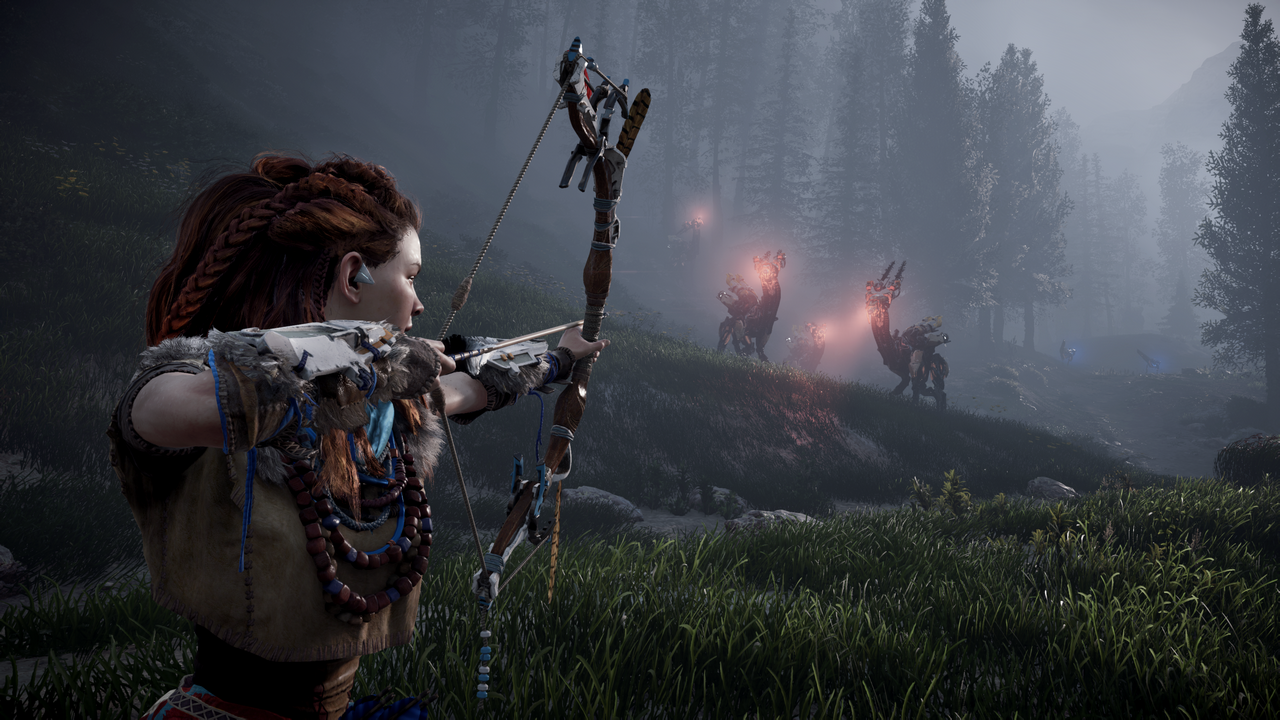 Sound in Horizon: Zero Dawn almost always plays a supporting role in creating atmosphere and it is done wonderfully. The soundtrack includes very immersive music that feels very original and fitting to where it is played while in game. Sounds in the game’s combat are realistic and convincing with explosions as a great example of how to get sound right. As mentioned earlier, voice acting is very well done and allows the story to become an even more immersive experience. Every bristle in the wind the tall grass produces and every twig snapping as Aloy walks through jungle areas definitely keeps one immersed into the incredible experience.

The gameplay in Horizon: Zero Dawn truly does a sufficient job making sure the entirety of the twenty-hour story is played out with fantastic pacing while making every enemy encounter a whole new experience. The majority of the gameplay is broken down into character interactions, going from point to point, and battling a deep assortment of enemies. The enemy diversity is not diverse in an overwhelming sense, but in a sense where learning the weakness of each type of enemy is fun and engaging. The enemy types vary all over the place from humans that travel in tribes, groups of insane robot dinosaur like enemies, and robot dinosaur like enemies that are on much a larger scale for boss sequences. Traveling between missions is a pleasure in Horizon’s case where it may feel tedious in other games. With gorgeous scenery, exploring on the way to a mission is almost inevitable. With a combination of all of the things previously mentioned about the characters in Horizon: Zero Dawn, it is easy to say that the character interactions are a nice way to fill in spots between the fairly challenging action portions with the many enemies encountered all throughout the game’s course. 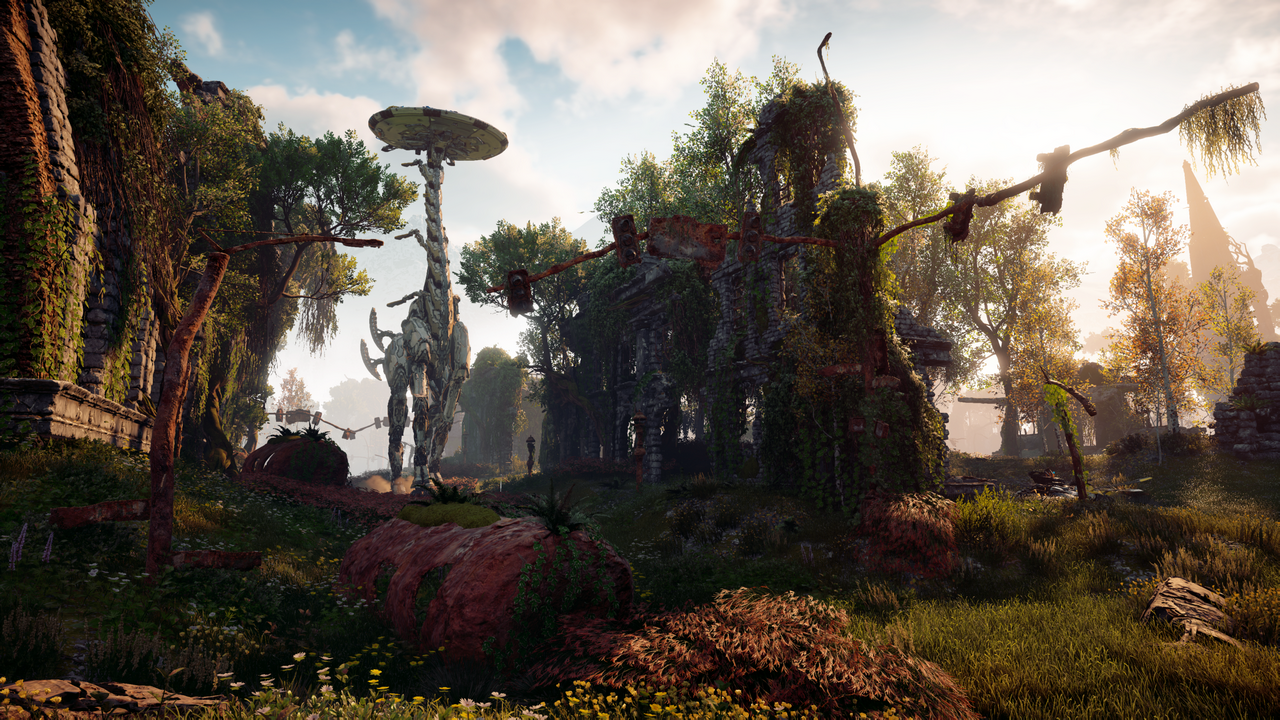 Horizon: Zero Dawn is an interesting game to say the least. As an understated address, Horizon gets everything a good open world game does, right. With the fantastic, engaging characters, incredible environments, and well-paced gameplay, Horizon is an easy game to recommend to any PlayStation player. Players may come for the well-designed robotic dinosaurs, but they’ll definitely leave feeling accomplished and very thankful to have gotten to experience what Horizon: Zero Dawn has to offer.