For those who enjoy a good business sim splashed with creativity, the announcement of both Rollercoaster Tycoon World and Planet Coaster are sure to have been received with excitement. It’s a genre which doesn’t get many large releases, but we’ve seen many amazing examples from the past, take for example, Theme Hospital, Sim City and Rollercoaster Tycoon. 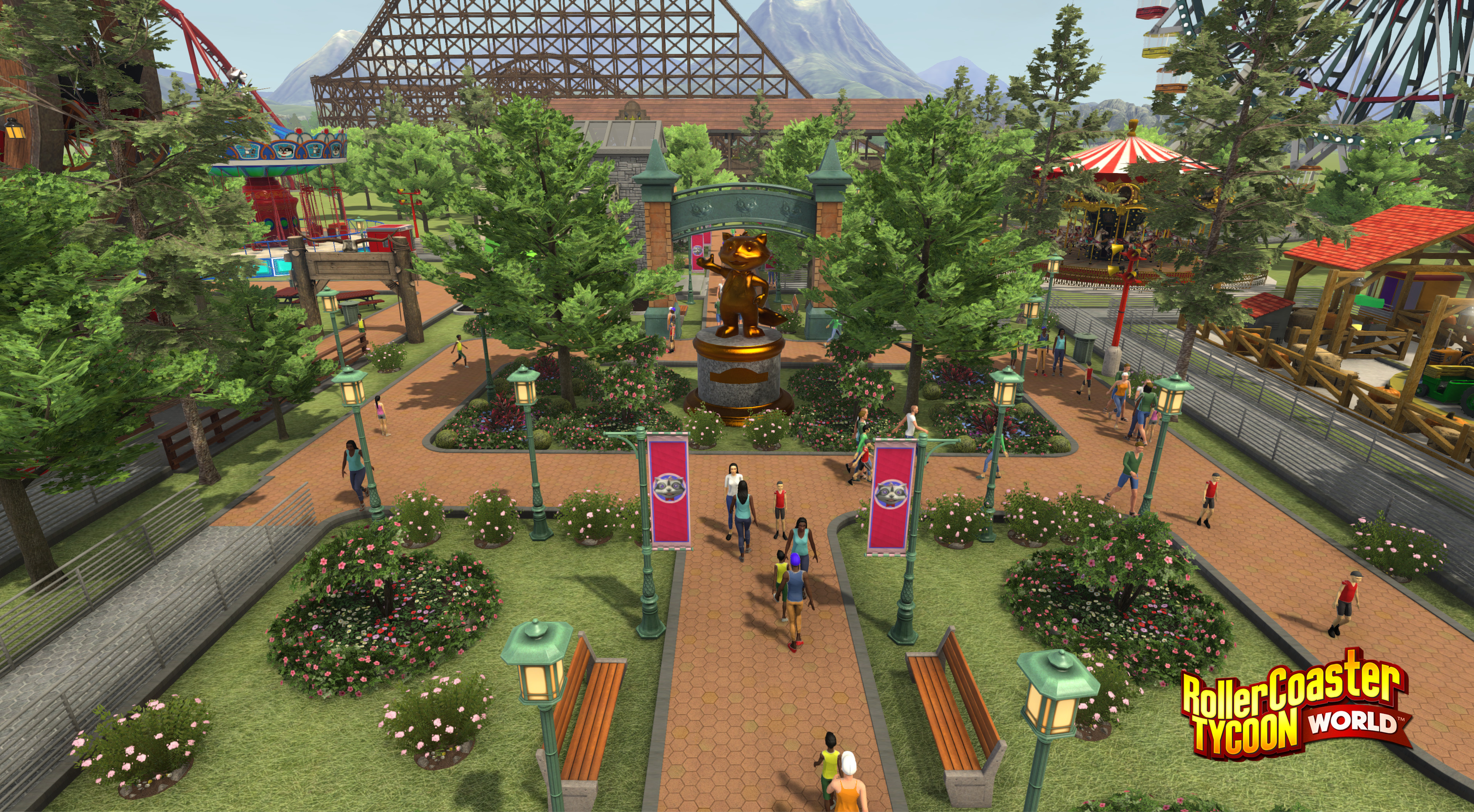 Many fans of this specific genre have closely followed the developments of two titles; Rollercoaster Tycoon World and Planet Coaster. The combination of managing a theme park successfully with the creativity of perfecting the most thrilling rollercoaster rides is what entices many to this type of game.

Sadly, for fans, the business sim genre isn’t what the average gamer gravitates towards. Unlike First person shooter and racing games, developing a theme park just doesn’t have the adrenalin factor that many crave. However, for those with a creative mind, it’s this very type of game which brings along a very enjoyable force.

Fans have waited with great anticipation, and it’s now available for us all to play. Yes, Rollercoaster Tycoon World has stuttered throughout its development and is now playable through Steam. First impressions are always important, but this isn’t the polished-up, final version.

Mediocre is probably a word I’d currently label Rollercoaster Tycoon World as. It’s not terrible, neither is it impressive, it’s simply average. Of course, things might change, but probably not radically. You might remember me stating, in a previous article, that I felt Planet Coaster would probably win this mini business-sim war. 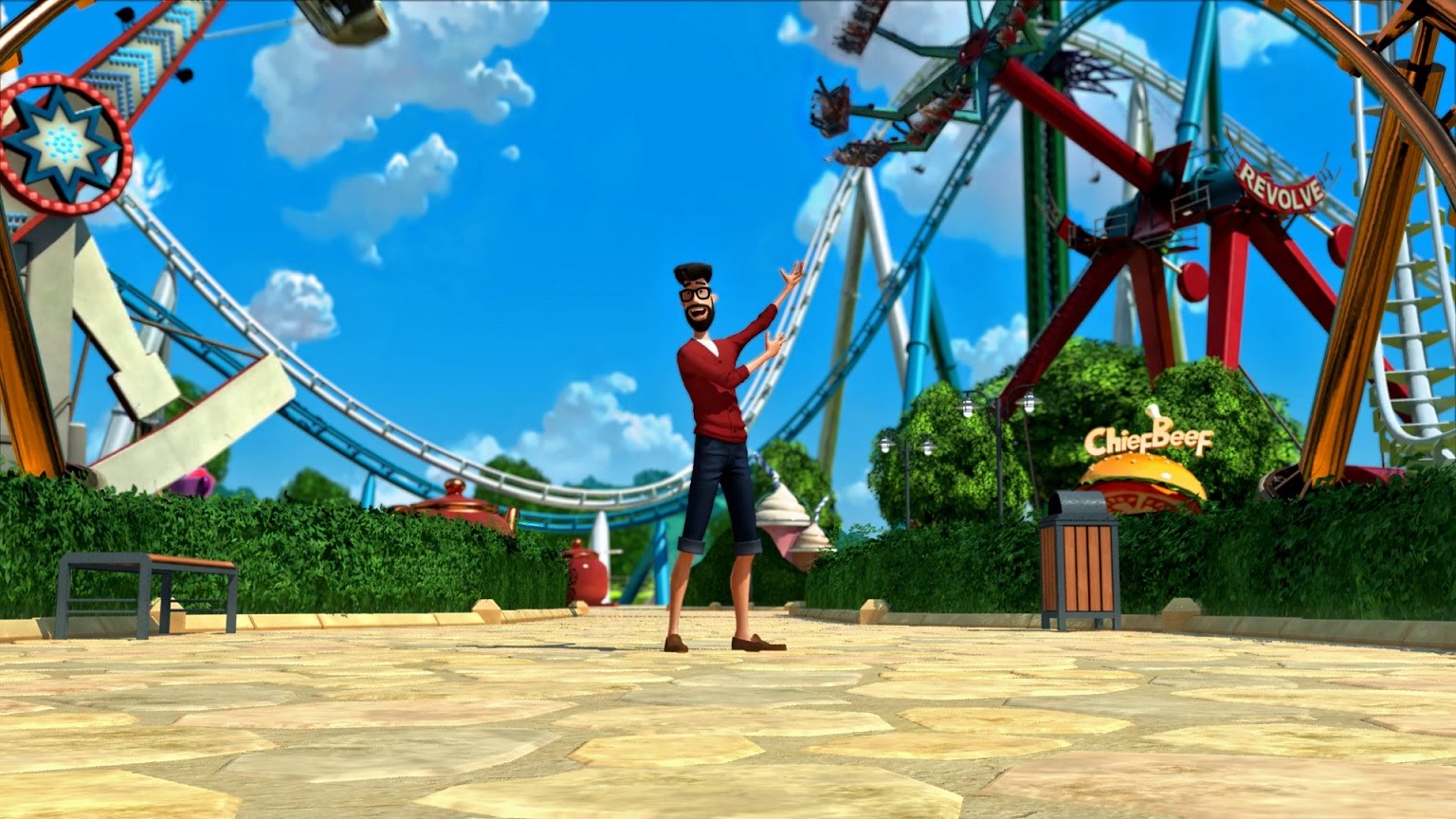 Having the ability to build rollercoasters will unlock upon the final release, and this is, of course, is important – that’s because it’s one of the main features of the game. Will these unlocks change my view on things? I doubt it.

The visuals aren’t bad, but far from excellent for a game releasing in 2016. Guests have some strange animations – an exitable guest appears to march and run at the same time, yes, it’s strange. The addiction factor that you would normally feel from a Rollercoaster Tycoon title just hasn’t developed.

Would I recommend buying Rollercoaster Tycoon World? Probably not. The alternative is on course to be a real stunner, delving deep into detail and the finesse of business-sim mechanism – the real core of such a game.

Rollercoaster Tycoon World has shown promising elements, but it’s Planet Coaster that is likely to win you over. The saying that competition is good for the consumer definitely comes true in this scenario. The battle between Atari’s Rollercoaster Tycoon World and Frontier’s Planet Coaster is what has probably helped take development considerations to a much higher level. After all, without the competition, you’re able, as a developer, to please the consumer more easily. Ultimately, two similar titles battling it out for fame isn’t just great for fans, but will help to bring the best possible outcome for the game’s development.

For me, Atari has disappointed, but I do believe they’ve done the best possible within the restraints of a company which was set to go bust. If you’re a keen fan of the series, then you should give it a try, but Planet Coaster is on the right tracks, yes, pun intended, to become your new dream business-sim game.