H1Z1 Auto Royale has recently released as a new game mode for the H1Z1 Battle Royale game on Steam.

In this article, we take a look at the new game mode and see how it compares to the base game.

The first thing we noticed about H1Z1 is that it’s just mindless fun. It’s not stressful like H1Z1 can be at times and there’s no pressure on the players to perform as well.

Instead, in H1Z1 Auto Royale, players are given the freedom to go out into the H1Z1 map and have fun. Players are put into teams of five – each team has one driver and four shooters in the passenger seat.

It’s the goal of the driver to drive around, pick up power ups, and get close enough to other teams so that the passengers can do their job to shoot down other players.

Each vehicle has a health bar – once that goes down to zero, everybody in the vehicle will be removed from the game. Players can be killed whilst in the car, but they’ll simply have a small respawn timer before they are put back into the seat.

It’s the power ups and the wacky ramps that make H1Z1 Auto Royale so interesting. Players can get power ups to improve the performance of their vehicle, to lay down traps for nearby players, or to upgrade their weapons. 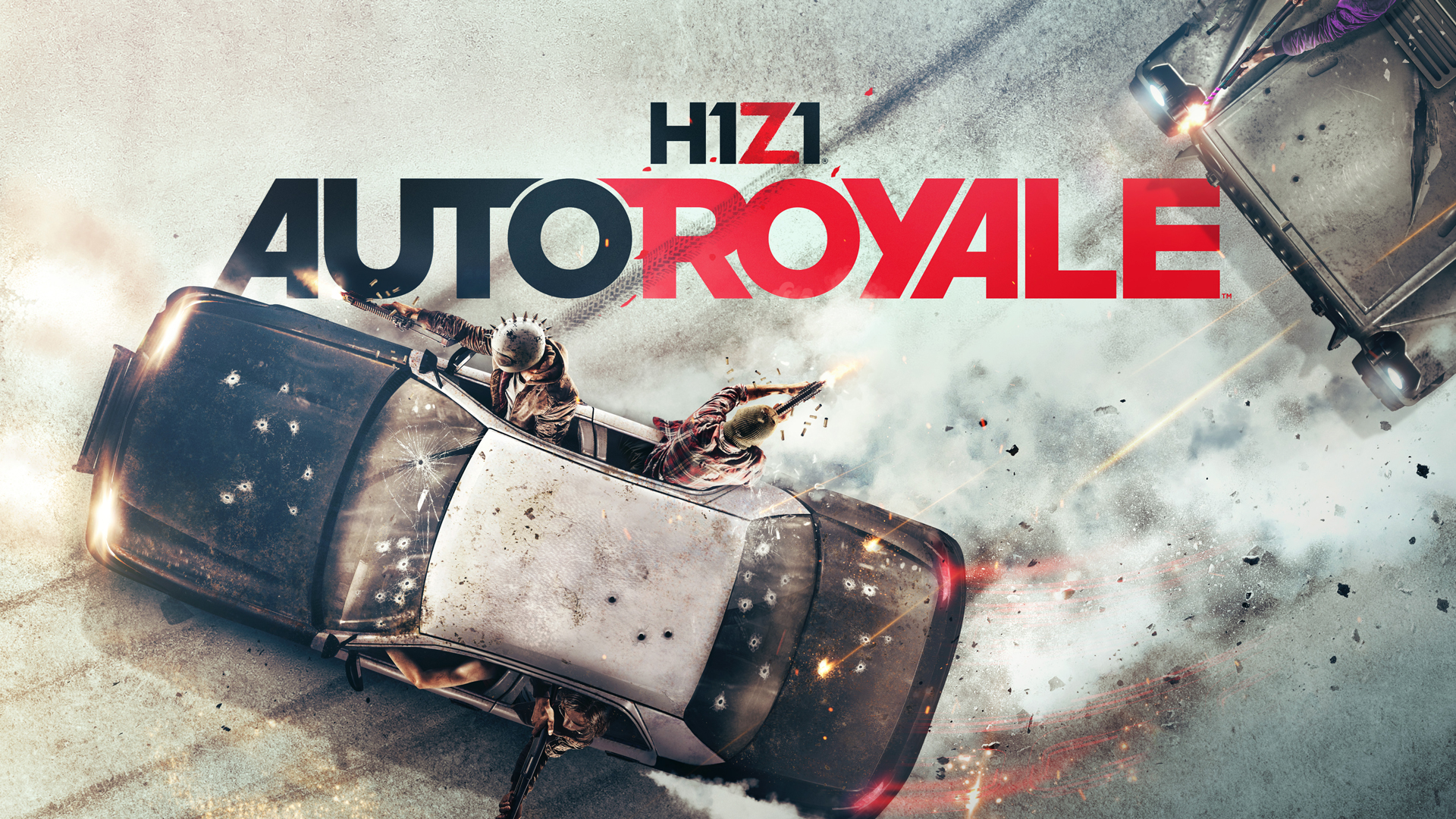 One thing that became abundantly clear to us as we tested H1Z1 Auto Royale was that it wasn’t anything like other battle royale games. Whilst it had the same shrinking play area mechanic that’s present in every other popular battle royale title, the gameplay was far different.

There wasn’t any need to loot and there was no need for players to hide from others. H1Z1 Auto Royale feels more like some kind of big, open world demolition derby than it does a proper battle royale game. In our opinion, that’s a good thing.

H1Z1 Auto Royale is certainly a unique take on the game genre and we’re happy to see it available for free.

We think that the interest in H1Z1 Auto Royale may die out fairly soon, however. Getting a win in other battle royale games is always exciting – it’s tense, it gets your heart beating, and it’s almost like the excitement never dies.

With H1Z1 Auto Royale, it always feels like there’s a lot less on the line. As a result, you never really feel that under pressure. H1Z1 Auto Royale certainly isn’t the kind of game to get your heart rate up, that’s for sure.

Things might get a bit boring after a while, but to begin with, H1Z1 Auto Royale will certainly provide you with the kind of mindless fun you might just be looking for.

Things are made much more enjoyable when you have friends to play with as well. One of our major complaints was that trying to play this game on your own with a group of randoms was very frustrating.

Playing H1Z1 Auto Royale is almost like giving a team control of an animal, but each player only controls one limb.

Without any good communication between matchmade players, it can be very frustrating. This is especially the case if you’re a passenger and your driver seems to be locked in on driving away from the fun.