Roguelike games are very, very tricky to get right. Any enterprising developer looking to create one of these games must ensure that they’re properly balanced, with challenge on the one hand and accessibility on the other. Several features common to roguelikes can very easily become intensely frustrating in the wrong hands: killing players permanently and forcing them to lose their entire inventory is very, very hard to communicate as a potential learning experience to a player who’s just lost three hours of intense gameplay.

When creating a roguelike, then, it’s perhaps best to focus on one style and hone it until it shines. Games like The Binding of Isaac, Nuclear Throne and Sunless Sea achieve this balance, with each game eschewing genre exploration in favour of a pin-sharp focus on interlocking systems and a specific style. It would be incredibly brave of a developer to venture into the unknown and aim to create a roguelike that not only contains the trappings of the genre but explores numerous other genres along the way.

Despite the potential pitfalls of this approach, that’s exactly what developer Radiation Blue has done. Genesis Alpha One is a roguelike, yes, but it’s also a fast-paced first-person shooter, a ship-building simulation and a survival game all in one. If juggling these three disparate genres sounds difficult, that’s because it jolly well is. Games have struggled in the past with balancing two genres that usually don’t get along too good, so Genesis Alpha One has its work cut out for it. 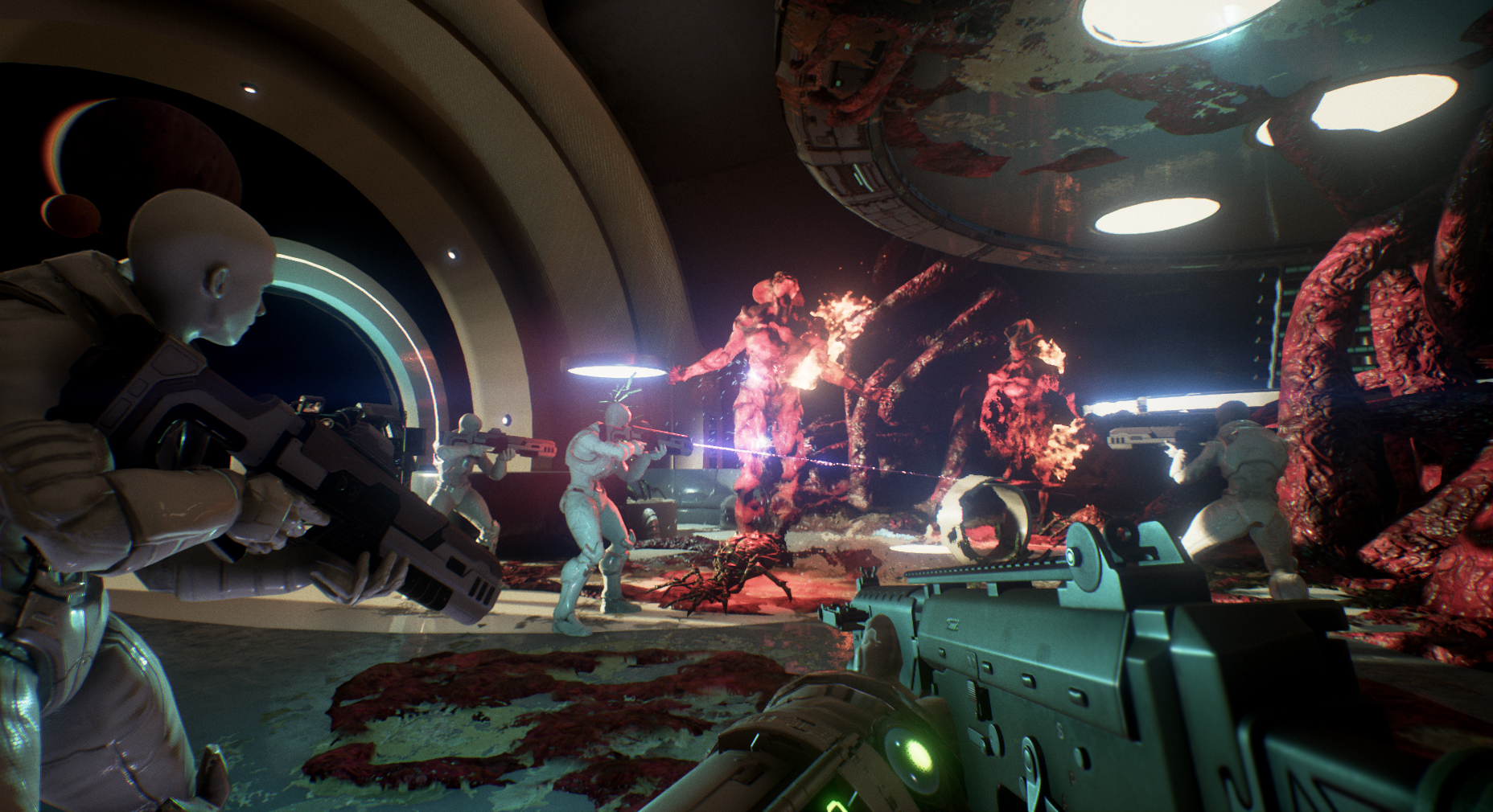 Genesis Alpha One takes place in the future, when humanity has exhausted the resources available to it on Earth and so must look to the stars to continue existing. The Genesis Initiative is created, which sees a group of individuals heading out into space to find suitable planets and environments to colonise. Players control one of these intrepid space captains and must explore a randomised universe, looking for places to call home. As setups go, it’s a very compelling one; space remains the final frontier, as Star Trek would have it, and the idea of finding somewhere to live for humanity is a simple and easy-to-understand motivation.

Unfortunately (or fortunately, depending on your outlook), that’s pretty much it for the guided narrative in Genesis Alpha One. Once the opening cutscenes are over, you’re booted out into the world with nary an idea of where to go or what to do other than to start your search for a habitat. Those looking for a directed experience would definitely be better off looking elsewhere; Genesis Alpha One has set its navigation computer very much to “emergent storytelling”, and it’s not budging for anyone.

Luckily, it’s during these moments that Genesis Alpha One absolutely shines. Searching fervently for resources on a known hostile alien planet only to get blindsided by a lifeform you didn’t expect to jump you is consistently surprising and hilarious. Genesis Alpha One does have quite a robust sense of humour built into it, but it’s in these moment-to-moment times that the game’s comedy sensibilities truly come to the fore. Similarly, managing to pull off a daring escape onto a ship you lovingly built yourself and watching a planet you’ve just left, knowing it’s not habitable but determined to find the next one, is a great feeling. 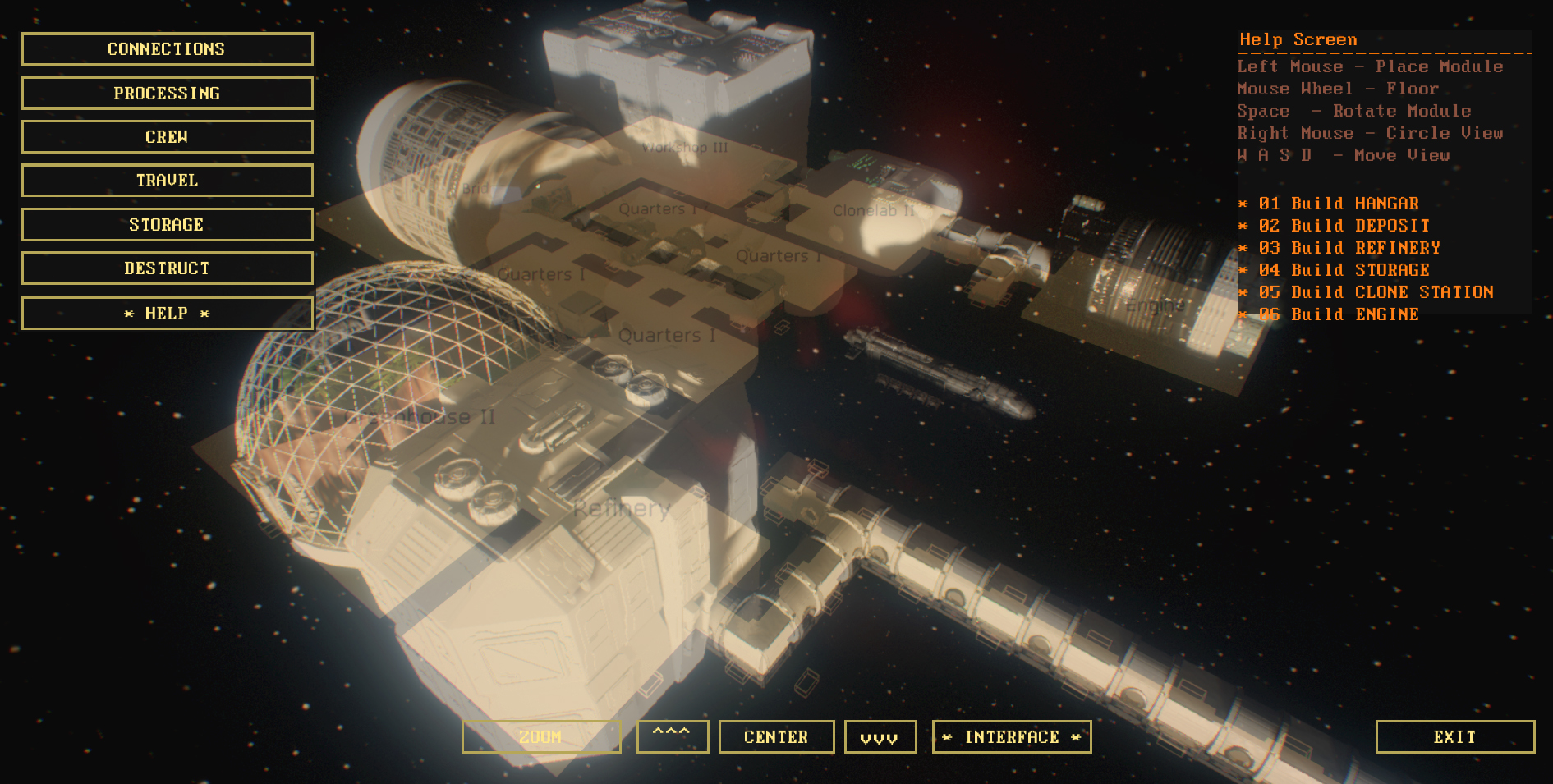 Unfortunately, our time with Genesis Alpha One was plagued with numerous bugs and technical issues that made it hard for us to fully immerse ourselves in the game. Crew AI is, to put it mildly, not great; there would be times where aliens were dismantling the ship we’d spent hours building only for our crew to stare gormlessly at said aliens, wondering what they were doing there and emphatically not shooting at them. Other times, we’d have assembled weapons and defensive mechanisms on our ships that just didn’t work, leading to frustrating deaths that should and could have been avoided by better programming.

It’s a shame, because what is here is brimming with potential and quality. The ship-building interface is incredible, and one of the most intuitive customisation menus we’ve ever seen. The system is modular, so you can effortlessly snap parts onto your ship and remove them if you don’t like them. Things like this are often difficult to get right in video games, as the need to balance customisation with intuition makes developers consistently fall short of the mark. Not so Radiation Blue’s game, which does actually manage to juggle its triple genres in a satisfying, compelling way. The central loop of Genesis Alpha One is rewarding and terrifying, and the procedurally-generated landscape makes each jaunt simultaneously joyous and scary.

In the end, it’s not hard to recommend Genesis Alpha One to fans of the genre who feel burnt out by repetition and want something new. There is genuinely nothing like this available on the market right now; the closest you’ll get is No Man’s Sky, and this is a better game with more context for our money. You’ll have to put up with some slightly frustrating and inconsistent design, but it’s worth it for the rewards.