After lots of nail-biting and brain blanking, it’s been decided that the Game of the Week should go to none other than the up and coming contender for top battle royale game; Apex Legends. No collective groan from the audience? We didn’t think so.

This mildly infuriating, team-oriented BR game hit the charts on launch in February with a peak 25 million players. While that figure has died down considerably, from the mouth of EA, they still bring in an average of 8-10 million per week, that figure obviously includes me. 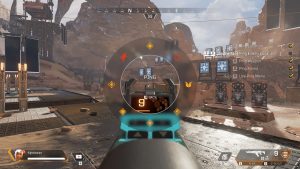 To touch on the above, honestly, the ping system is truly one of its kind and actually something I miss when playing other BRs like PUBG. It gives you the ability to indicate to other teammates exactly where items, locations, and enemies are without needing to type or talk. I mean when you’re in a lobby with people who don’t speak the same language, neither are really possible. 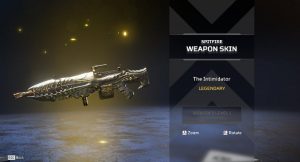 With 20 different weapons and a crazy amount of epic skins, you can not only wreck other squads but also look cool doing so too. From the Mozambique to the Kraber, there are different tiers of effectiveness (not officially from Respawn) but generally, know information from those who play the game on a regular basis with Spitfire, Mastiff, Peacekeeper and Wingman at the top of this list. Obviously, gold guns are the deadliest and usually only appear in drops, varying depending on the Apex Season. 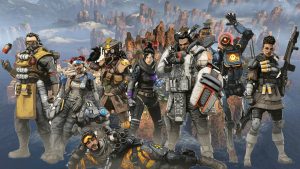 I feel Apex Legends handled teamplay especially well by creating squads of 3 characters, each with their own unique abilities and benefits. You can create any number of complimenting class combinations like Bangalore + Bloodhound + Wraith, the bomb OG synergy. Any new or even regular player of Apex should definitely read up on the best combos and test them out with your squad to ace up your gaming.

Shooting is also incredibly satisfying throughout and I especially find that the sound effects add just the perfect element during fights. Just give me a Devotion with Turbocharger and say bye bye. With all the beneficial attachments, along with new additions like Anvil Receiver, you can make the ultimate overpowering gun rather easily depending on the tier of your drop zone and location. 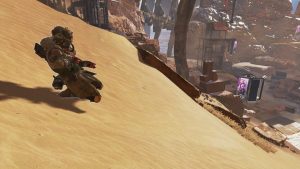 One thing that definitely needs mentioning is the movement in this game. Something I sincerely appreciate about any BR or Multiplayer game is the ease of movement as this affects how you play a lot. Apex has just plain buttery movement and with the slide ability included, you really have no excuse for getting stuck (unless you’re third partied of course). They’ve been praised on this aspect from just about everyone and I completely agree with what the supporters are saying.

It’s an incredibly complex and still simple game, with many different nuances you need to pick up on along the way. They’ve created so many intricate details that if learned, it can be a game-changer . Let’s say for example, the part of combining hip firing with aiming down sight would never be something I’d think of as let’s be real, my aim is pretty terrible without using a sight. This game feels very different, often times, hip firing can get you exactly the same or better outcome during a fight which is something I’ve come to love and appreciate along with many other players. 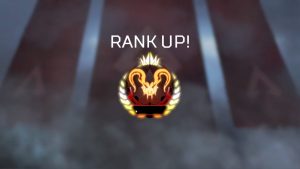 An incredible addition to Apex was their introduction of Ranked matches and honestly, this is the only way I play anymore. You’ll be pitted against only players of similar ranks and depending on the outcome of the match, you gain a certain amount of points. This can be dangerous though as the cost of entering a Ranked match increases the higher rank you get and if you are insta-killed at the beginning of every game, say bye bye to your rank! While mildly infuriating, it’s completely fair and if I ever reach Apex Predator, I’ll probably lose it in a day. 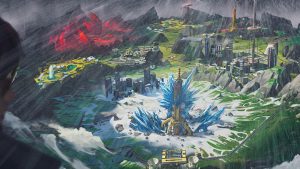 World design. How could I not talk about this? Between the two different maps, I have to say that they’re some of the most beautiful BR worlds currently available. While PUBG is crazy realistic and stunning, I find it’s extremely hard to concentrate with all the details and just ends up messing with the eyes during gameplay (at least that’s been my experience). Apex’s maps have been made with lots of delightful details, but it all just seems to work out at the perfect balance and I personally love the Leviathans.

We know everyone’s got different opinions, but I’d 100% recommend giving this game a shot as it really deserves its time in the spotlight. We’d like to know what your experience has been with this game so don’t hesitate to leave a comment or your ideas for our next Game of the Week feature.