Diablo 4: Everything we know (so far)

One word: amazing. If that dramatic teaser trailer didn’t give you goosebumps, you must be an alien. Following a stunning reveal at BlizzCon 2019, we’re anticipating an incredible RPG sequel to Blizzard’s beloved Diablo 3.

We’ve scavenged the universe to find all the reputable information we could and compiled it into this article for your reading pleasure.

Check out the trailer below:

Three different classes have been revealed at BlizzCon; Barbarian, Sorceress, and Druid. While we don’t know a lot, the basics of each were confirmed in class gameplay trailers brought to us by Game Informer on Youtube. 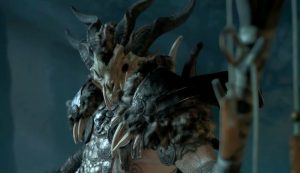 Let’s start with the one you’re most familiar with, Druid. Originally from Diablo 2, it’s back, redesigned with new magic skills and appearance. Taking the place of the standard fire magic, Druid’s attacks will now be powered using storm and earth magic with shape-shifting magic transforming the Druid between 3 forms; human, werewolf and werebear. Oh yes! 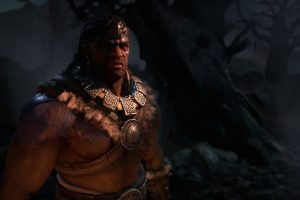 Barbarians, the brutes of the business and possibly the biggest powerhouse in Diablo 4. Think Dota’s Beastmaster taken next level. With a projectile wave of energy damaging enemies in the immediate radius and a flaming runic buffer, this class just seems epic. 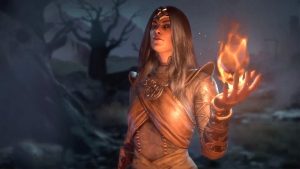 For the last confirmed class we know of, Enchantress/Soceress. A pretty straightforward class, attacks will be made from a distance using an array of projectile lightning, fireballs, and ice arrows. Do we know more? Not really. 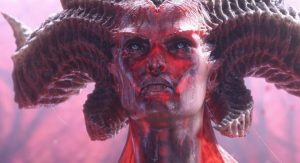 Maybe the little leak spoiled it a bit, however, fans were stunned by the look of the Daughter of Hatred in the BlizzCon trailer for Diablo 4, seemingly confirming that this powerful demon would be making her appearance as a protagonist in the new game.

Frankly, she looks fantastic and probably extremely hard to beat, but we will try, won’t we?

On to the next. 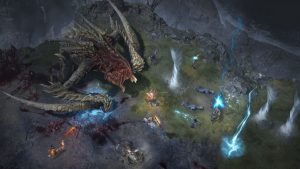 Feeding into fan popularity, it’s been confirmed that Diablo 4 will include PvP. Love it or hate it, it’ll be the refreshing addition which was missing from Diablo 3. While we aren’t really 100% on the specifics, the developer has advised that the overall design will be generally similar to the majority of PVP inclusive RPG’s with specific zones for this type of play.

With crossplay just slightly hinted at by Blizzard, we can only assume that this will be the endgame, to allow players from every platform to play all together. Of course, it will always be complicated to make this happen, but at least executive producer Allen Adham is optimistic. 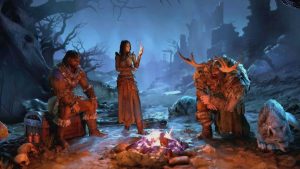 Redesigned and reimagined characters will be making an appearance, or so we think. Thanks to a little leak by the well-known twitter user WeakAuras, a page from the artbook ‘The Art of Diablo’ included a quote from art director John Mueller that confirmed many returning faces will be in the new Diablo game.

One thing we can say for sure is that we have absolutely no idea when the game is coming and in all honesty, it seems like it won’t be anytime soon. Given Blizzard’s history with releases (Diablo 3 was announced in 2008 and wasn’t released until 2012), we can almost assume that the game won’t see the light of day possibly even through the end of 2020.

In any case, we can’t wait to see what they do with it and hope more details are available soon! Otherwise, we’ll slowly sink into oblivion.